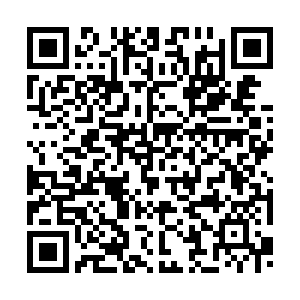 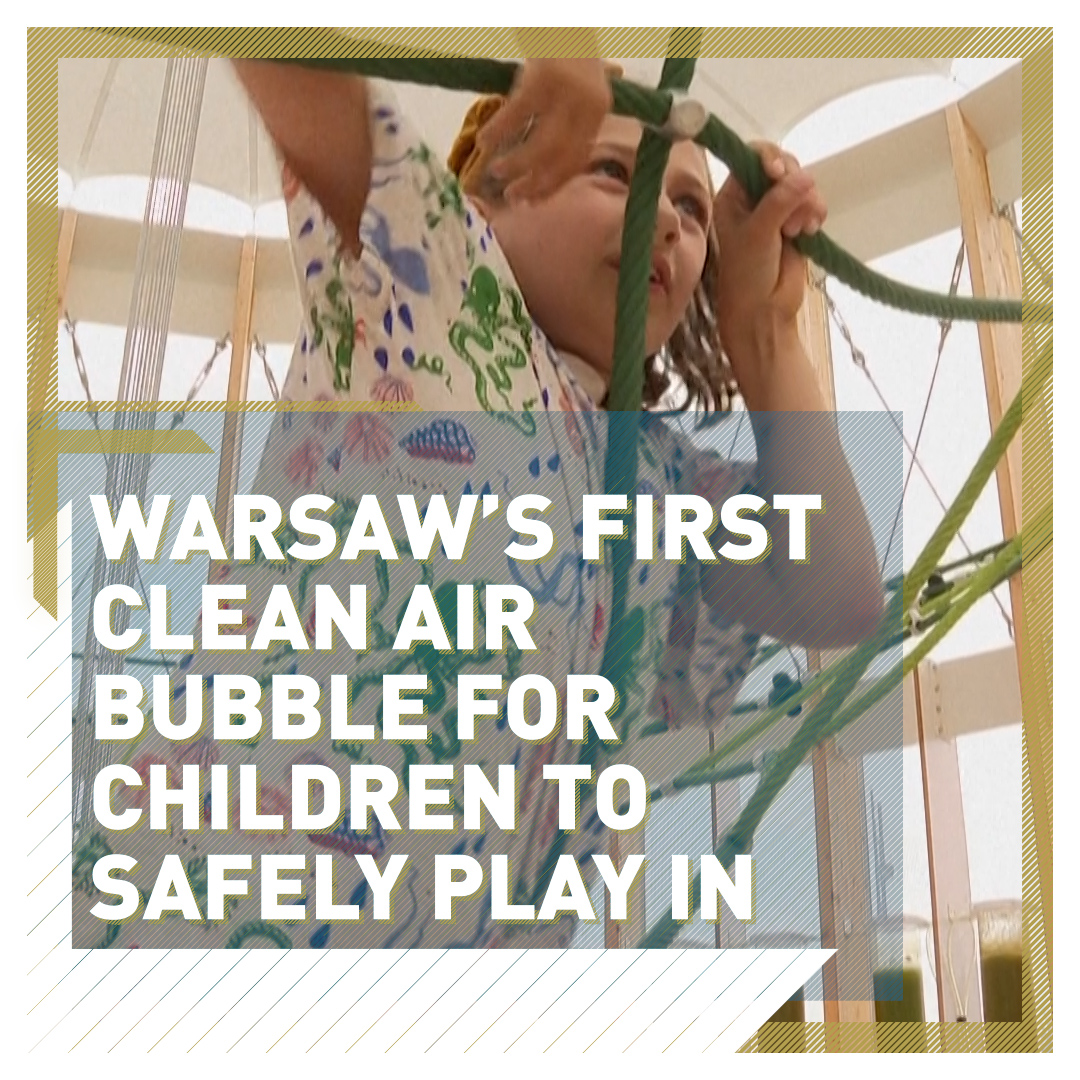 For children in Warsaw, Poland playing outside can be harmful as the city's air quality is one of the worst in Europe. But designers and researchers have developed a playground prototype that allows them to play in a bubble of clean air.

The AirBubble, which uses algae to filter the air, was designed by the urban design firm ecoLogicStudio. It's surrounded by dozens of glass cylinders that house the algae, which consume carbon dioxide and polluting molecules and then release cleaner air for the children to breathe.

"We don't know the efficiency of this plant yet, but it is proven in a laboratory environment that these Chlorella Vulgaris algae are capable of absorbing impurities from the air such as nitrogen oxides, particulate matter [hazardous air-borne particles] and, of course, carbon dioxide," said Stanislaw Loboziak, who works at the Copernicus Science Centre.

The center has partnered with ecoLogicStudio on the project. And its workers are on the site to answer questions about the bubble.

A monitoring system is tracking six core pollutants in the air pocket and the work will continue until November to determine how effective it is. The bubble could then be replicated in other cities. 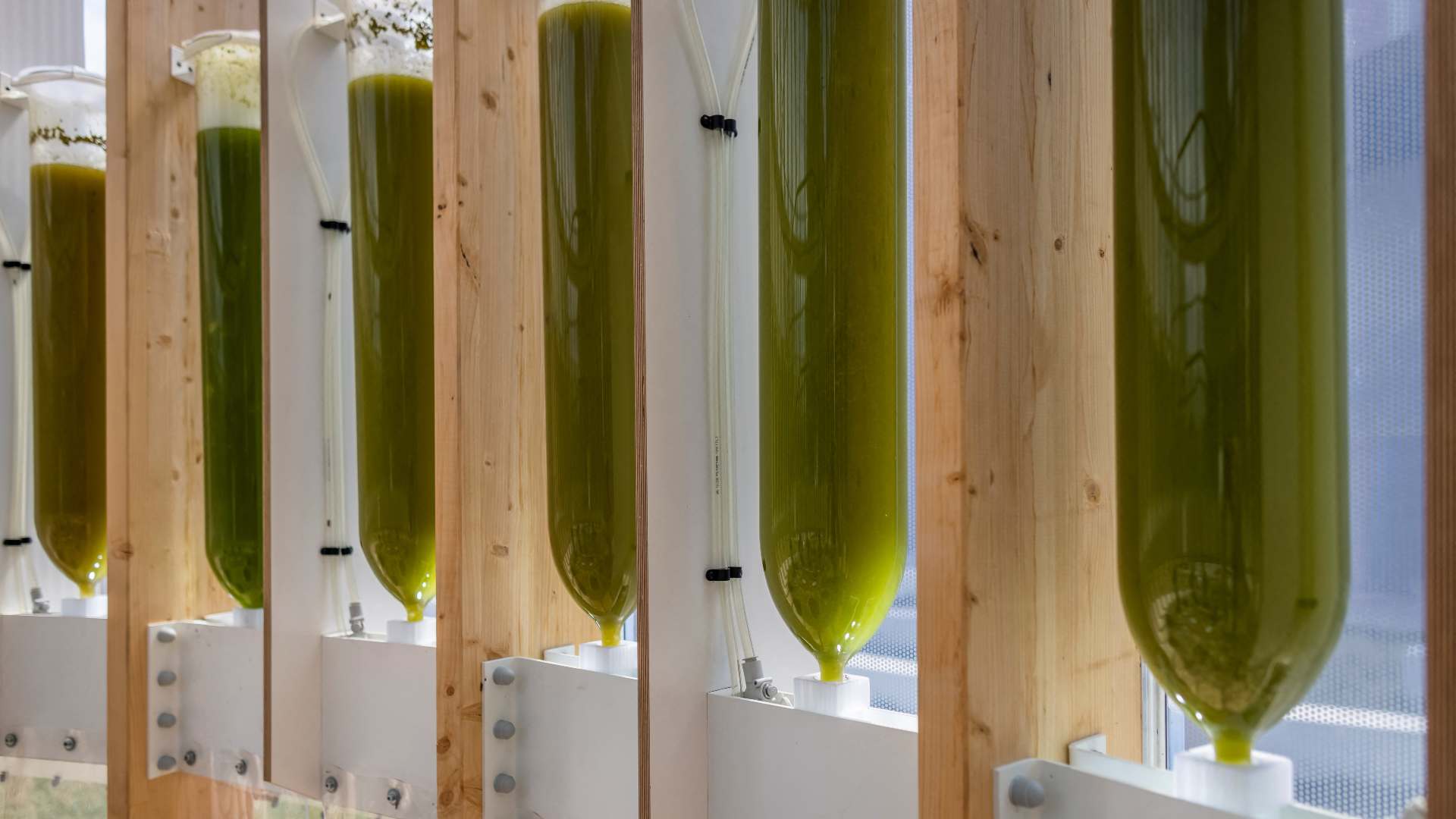 Some of the dozens of glass tubes in the AirBubble that filter out the air so there are fewer pollutants, such as Nitrogen Dioxide. /AFP/ Wojtek Radwanski

Some of the dozens of glass tubes in the AirBubble that filter out the air so there are fewer pollutants, such as Nitrogen Dioxide. /AFP/ Wojtek Radwanski

Warsaw is one of the most polluted capitals in Europe. In a ranking of 323 European cities, Warsaw was listed as 269th for air quality.

According to the European Environment Agency, around 50,000 people die prematurely because of air pollution in the country every year.

One of the main reasons for the poor air quality is that the country still relies on burning coal.

And while bubbles of clean air won't directly solve this problem, it "gives the kids, at least, a chance to breathe some fresh air," said one parent who visited the site with her eight-year-old daughter.

Marco Poletto, co-founder of ecoLogicStudio, also argued that similar technology could be used in other eco-projects in the future.

"There is untapped value in bringing the bio-intelligence of natural systems into cities, turning buildings into living machines that produce energy, store CO2 and clean the air," he said in a statement, referring to the living algae that are a core component of the AirBubble.