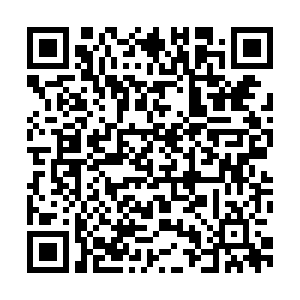 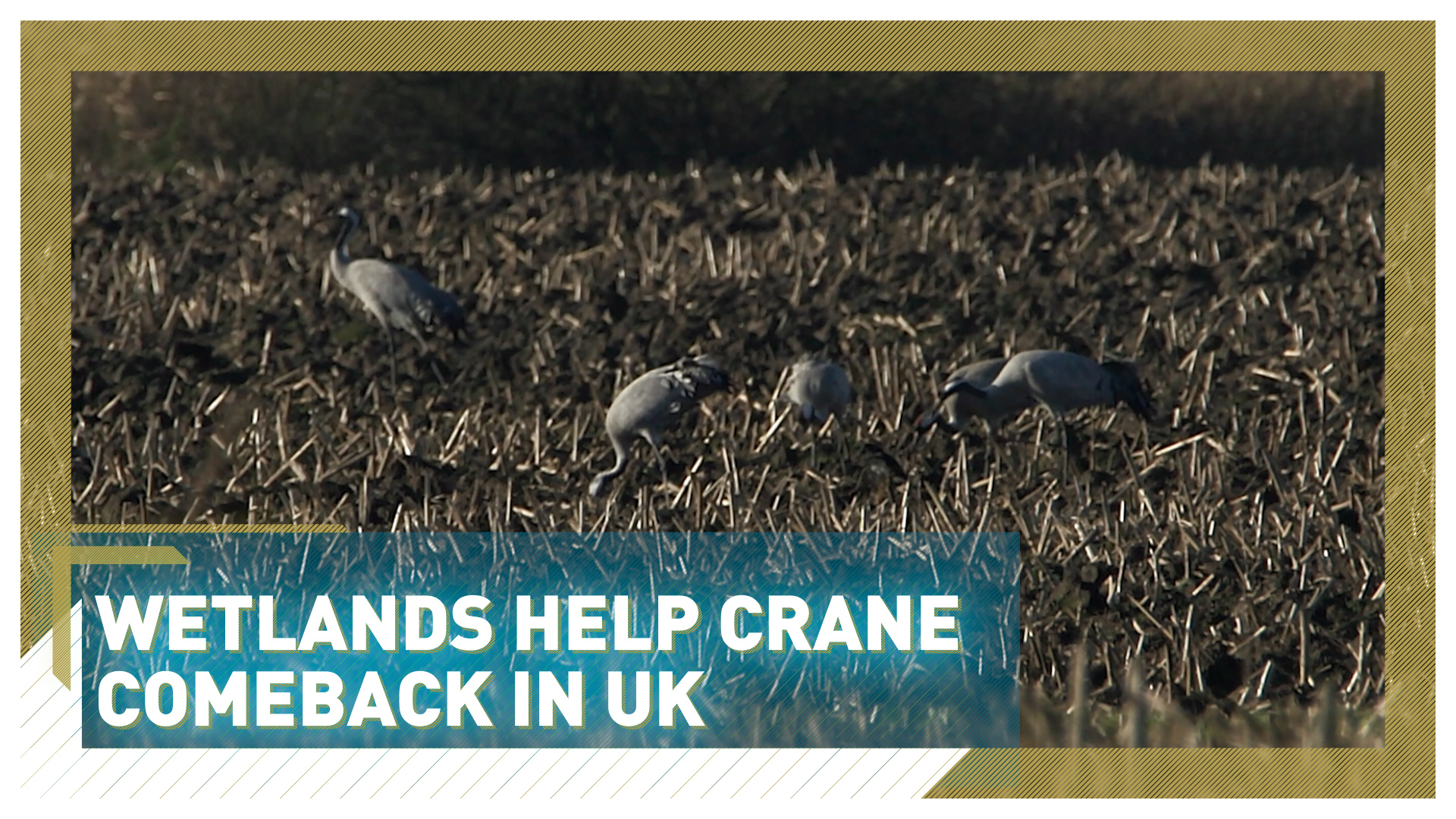 Disturbed by our presence, the flock of cranes flies overhead in the dark with a distinctive chorus. We wait in the cold, grey dawn while other birds circle noisily around the washes and fly out.

But the elusive cranes were all gone, even before the sun had risen. Charlie Kitchin, the site manager for the Royal Society for the Protection of Birds (RSPB) at the Nene Washes Nature Reserve in Cambridgeshire, eastern England, finds the flock of around 60 birds feeding on maize crops at a nearby farm.

The common crane is grey, with long legs and a long neck. At around a meter in height, they stand out and are famous for their courtship dances in spring. But their mistrust of humans makes them a rare sight.

Cranes became extinct in the UK around 400 years ago, due to a combination of hunting and the loss of their favorite habitat.

They were once considered a delicacy for diners in medieval times. Now they are a protected species and thanks to a reintroduction program and extensive conservation work to restore wetlands, the numbers are again starting to grow.

A record 64 pairs and a total of 200 of these rare birds were spotted in the UK last year.

"The return of cranes to the British landscape shows just how resilient nature can be when given the chance," says Damon Bridge, chair of the UK Crane Working Group.

"If we want to see this success continue, then these sites that cranes use and need must get adequate protection."

Wetlands such as the Nene Washes are an ideal sanctuary for cranes. The first pair arrived at the site years ago are now successfully breeding. "We've now got four pairs nesting. They're rearing chicks every year." says Kitchin.

"They've found the pools that we've been maintaining for nesting waders and ducks and they've found they can nest securely in those areas. And so, they've got great places to nest and raise their chicks on their grassland areas, which are full of insects and food for them."

Up to 90 percent of UK wetlands have been lost to urban development or drained for farming.

To mark World Wetlands Day on February 2, the RSPB is calling for the government to allow more designated wetland sites to be created. Not only do they protect rare species such as cranes, but they can also benefit the wider environment – providing flood protection and storing carbon.

They are home to thousands of other birds and animals, too. In winter, migrating flocks arrive at the Nene Washes from the north and in spring other species settle. "We've got thousands of swans down from Iceland.

"We've got hundreds of swans over from Russia. We've got Icelandic godwits, we've got widgeons from Arctic Russia. They're all here in the fens for the winter," says Kitchin.

"We're one of the most important sites in the country for nesting waders, lapwings, redshanks, black-tailed godwits, garganeys, spotted crakes. These are the sort of birds that like these wetlands."

As night approaches, the flock of cranes flies back from the farmers' field to the safety of wetlands to roost. The hope is that if they continue to get the protection they need there and elsewhere, the numbers could continue to steadily increase.