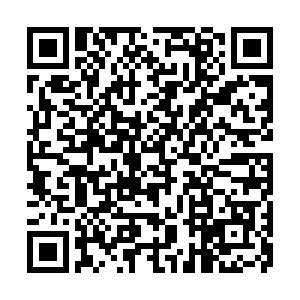 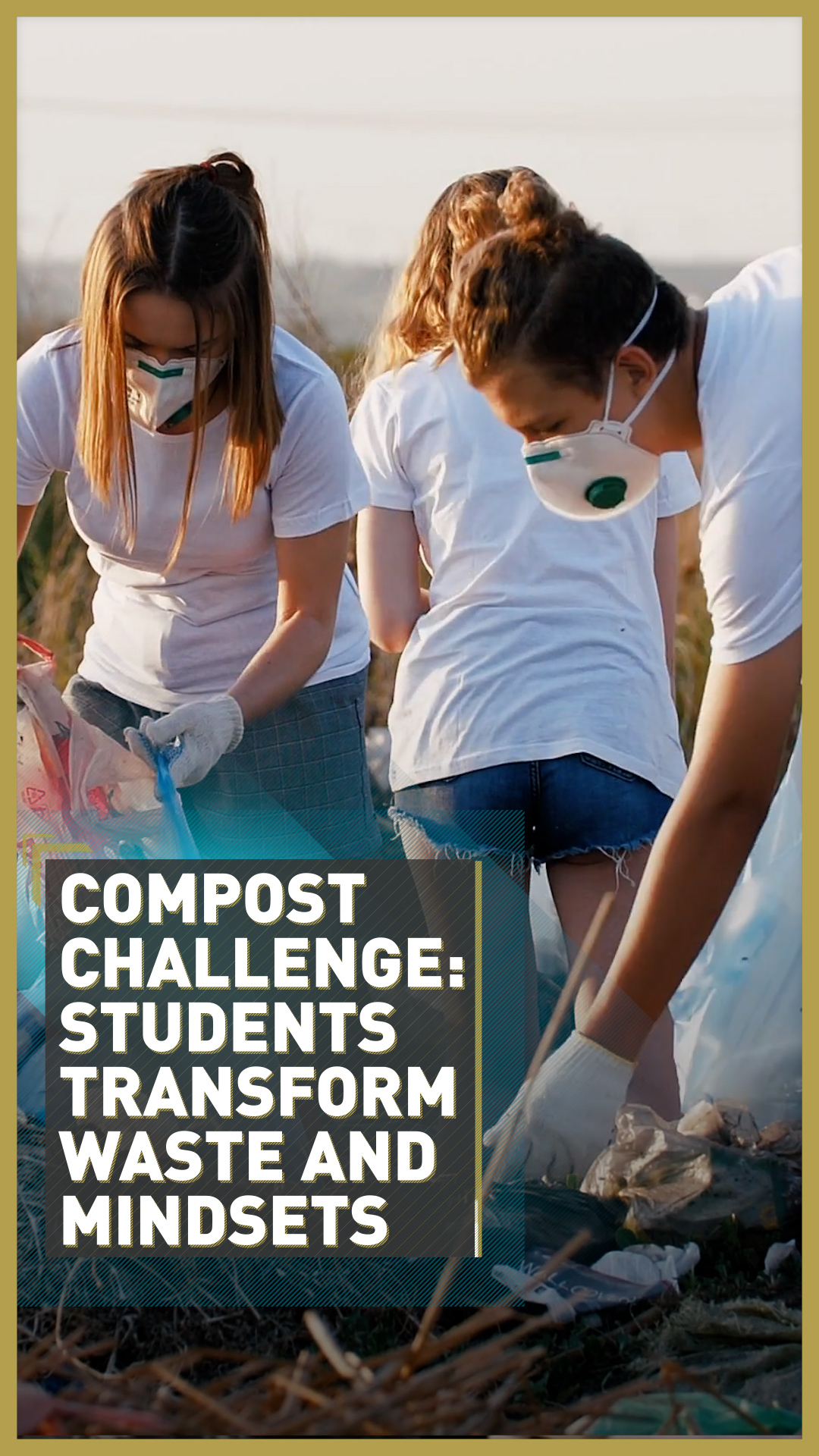 Instead of the usual load of exams, essays, unrequited crushes and popularity contests students usually face, the most challenging test in the past year has been dealing with the isolation and boredom of being stuck at home for months.

"School's definitely been a lot different online. Although the teachers put a lot of effort into running their lessons online and they are still very good, it's completely different," says Alex Connor, a student at Beacon school in London, UK.

For months, millions of students worldwide have had to connect to a crowded Zoom video call for hours of distance learning to continue an education that had until now been much more social and dynamic.

But Alex and his classmates Bethany and Ruby had one great passion project to distract them from the bleakness of school closures and national lockdowns: turning their home food waste, bound to rot in a landfill, into a treasure chest of renewable resources.

As part of their work to engage young students with scientific and technological subjects, the prestigious British International Education Association (BIEA) together with China's Soong Ching Ling Science Culture Center launched a challenge in summer 2020 asking Chinese and British pupils aged six to 17 to create an urban composting system in their own kitchens, experimenting with turning food scraps into useful, sustainable resources. 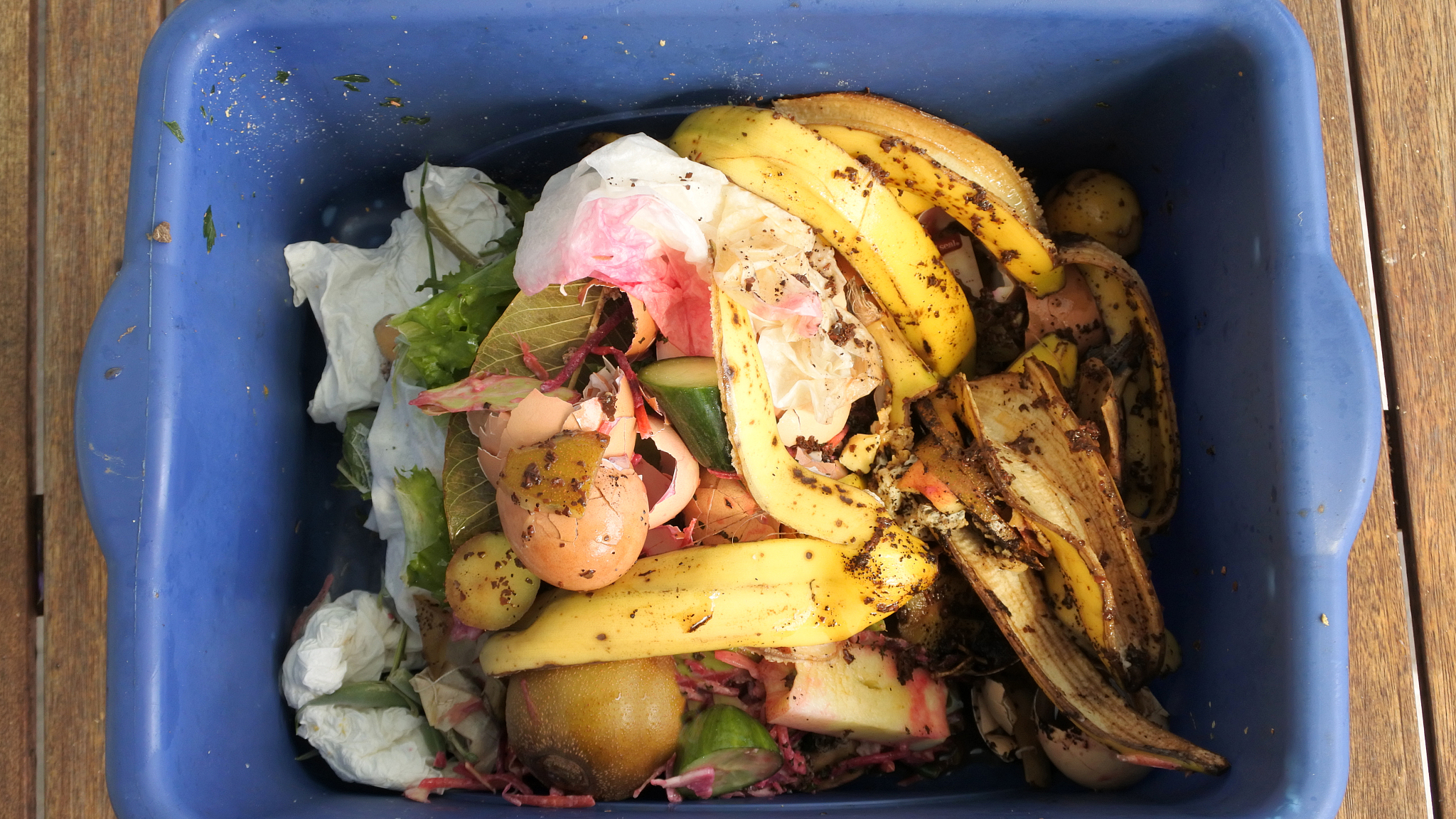 Most students found the majority of the waste produced by their households was organic. /Rafael Ben-Ari/Getty Creative

Most students found the majority of the waste produced by their households was organic. /Rafael Ben-Ari/Getty Creative

"The Compost Challenge was set up so that young people could realize how much organic waste they produced within their own household and then produce a method to recycle the organic waste into something that was far more useful, i.e. compost, which could then be used to grow plants – even if they're house plants," explains Alex Holmes, head of STEM (science, technology, engineering, mathematics) at BIEA. 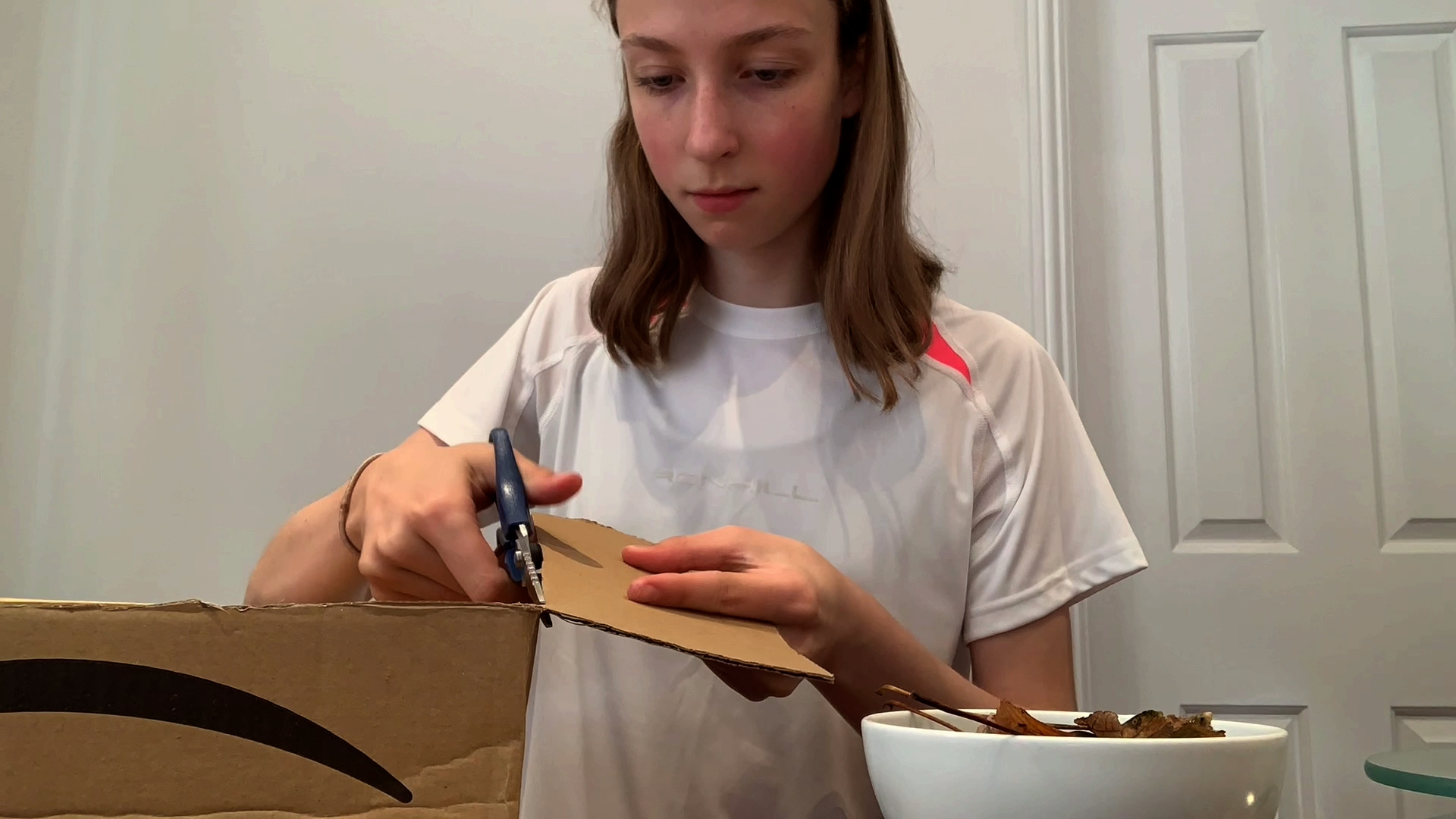 Household food waste is an issue that often gets overlooked when put next to other problems such as plastic pollution, but it actually contributes significantly to the current climate crisis.

Huge amounts of food waste end up in landfill, where they rot and release methane, a greenhouse gas considered the second biggest contributor to global warming after carbon dioxide.

"We're looking at an awful lot of organic waste that can be utilized and not sent to landfill," says Holmes. 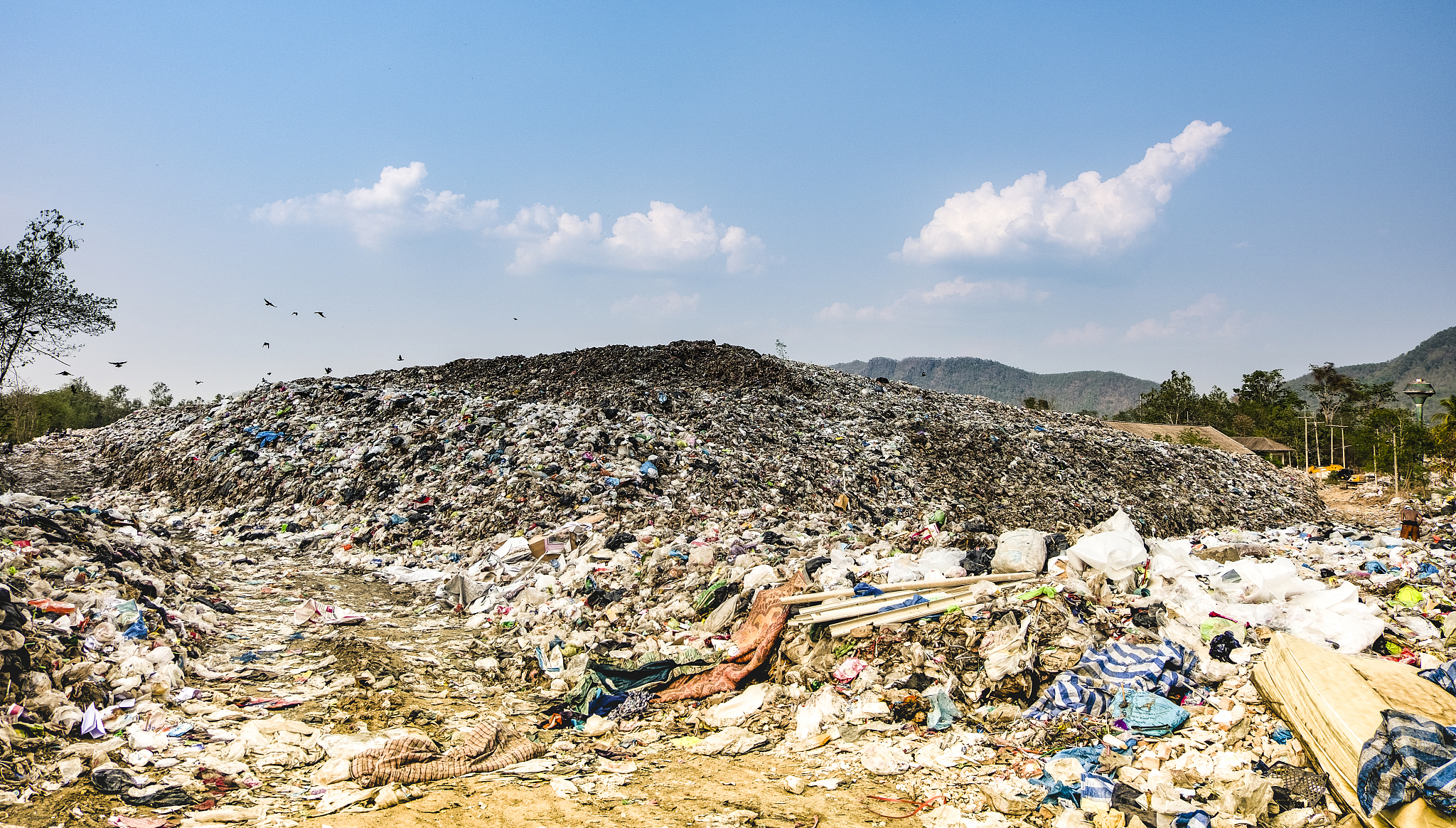 While British students relied on traditional bacterial composting, a lengthy process, Chinese students used the faster Bokashi method, which is able to transform food waste into soil fertilizer in an oxygen-free environment – in this case a sealed bin.

It was not the only difference between the students – unlike the British children, Chinese pupils have been able to extend their experiments beyond their houses and private gardens, as they haven't had the same nationwide lockdowns as those imposed in the UK. 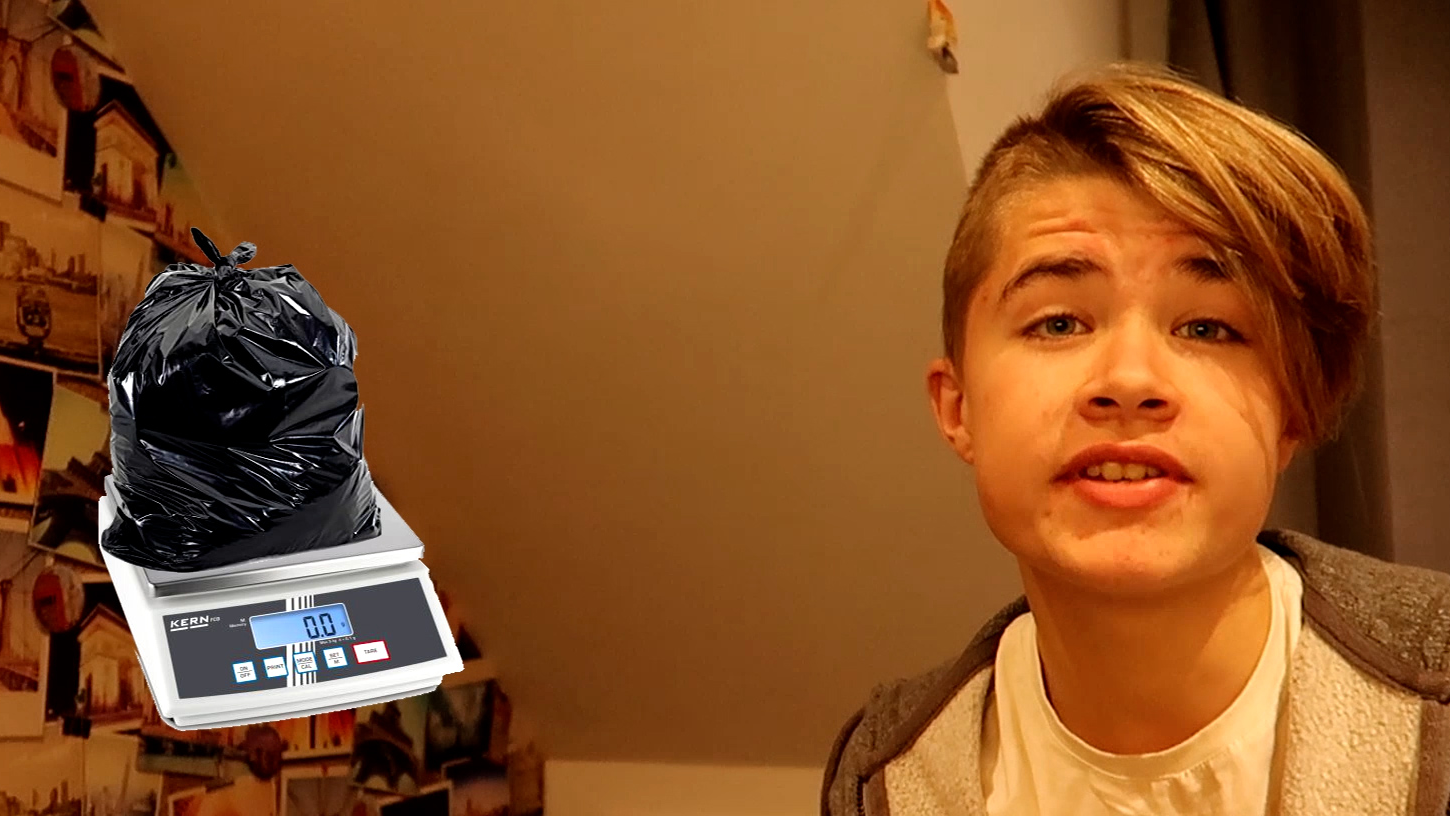 Choosing composting as the focus of the challenge was a matter of timing, explains BIEA's STEM chairman David Hanson. "It had to be something children could do at home," he says. "You can see how much waste is being generated in your household, you can look at how you can turn this waste, which creates methane and all sorts of problems for global warming, into something useful."

What really engaged the students, according to Hanson, was the empowerment students felt for being able to tackle a global problem on a personal level, starting from their kitchen.

Tackling climate change from our homes

"No one is too small to make a difference," famously said Swedish climate activist Greta Thunberg in one of her most popular speeches in 2018, talking about how our individual choices can have a ripple effect on those around us.

The students who took part in the composting challenge discovered just how true this statement is. 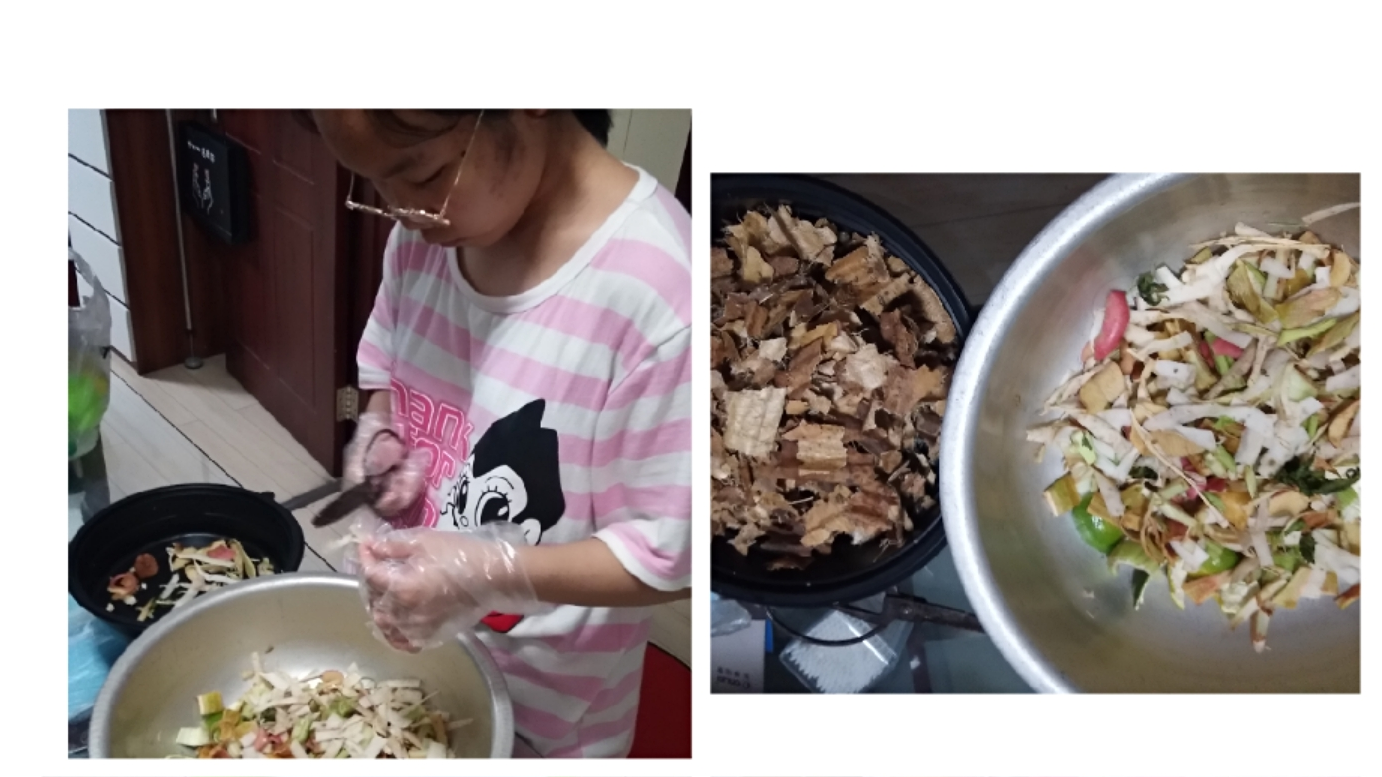 "Climate activism is all around us, it's in the media and the news everywhere, but it wasn't actually really implemented into our lives," says Avni Ladwa, a student from Lady Eleanor Holles School in Hampton, UK.

"But actually, this project has taught us that maybe we can take further measures to actually make a difference from home and make a difference individually, even though it's quite a small-scale thing to be doing." 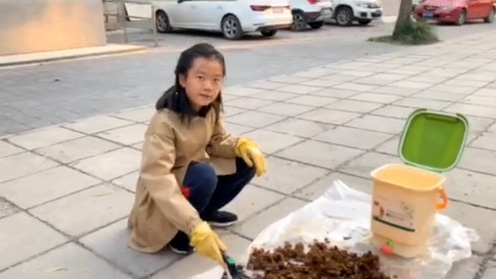 Lei Hanhan, 11, from Beijing, China used the bokashi system to turn kitchen scraps into compost and tried her soil fertilizer in a garden. /CGTN

Lei Hanhan, 11, from Beijing, China used the bokashi system to turn kitchen scraps into compost and tried her soil fertilizer in a garden. /CGTN

Climate activism among young people captured the world's attention in 2019. For months before the pandemic hit, thousands of students worldwide were taking to the streets on a weekly basis to protest against the climate crisis, calling on governments and businesses to take urgent action to slow global warming. But as many countries introduced national lockdowns to curb the spread of the coronavirus, the young eco warriors and activists were forced to stay at home as street protests came to a halt.

From the limits of their own homes, many continued their fight: some joining virtual climate strikes online, others, like the British and Chinese students taking part in the challenge, reducing their own carbon emissions starting from their own family's kitchens.

For the science teachers desperate to involve their students in practical activities and for the pupils tired of staring at a screen for lectures that in normal times would have taken place in the classroom, a practical challenge was an invaluable gift during an otherwise bleak fall and winter. 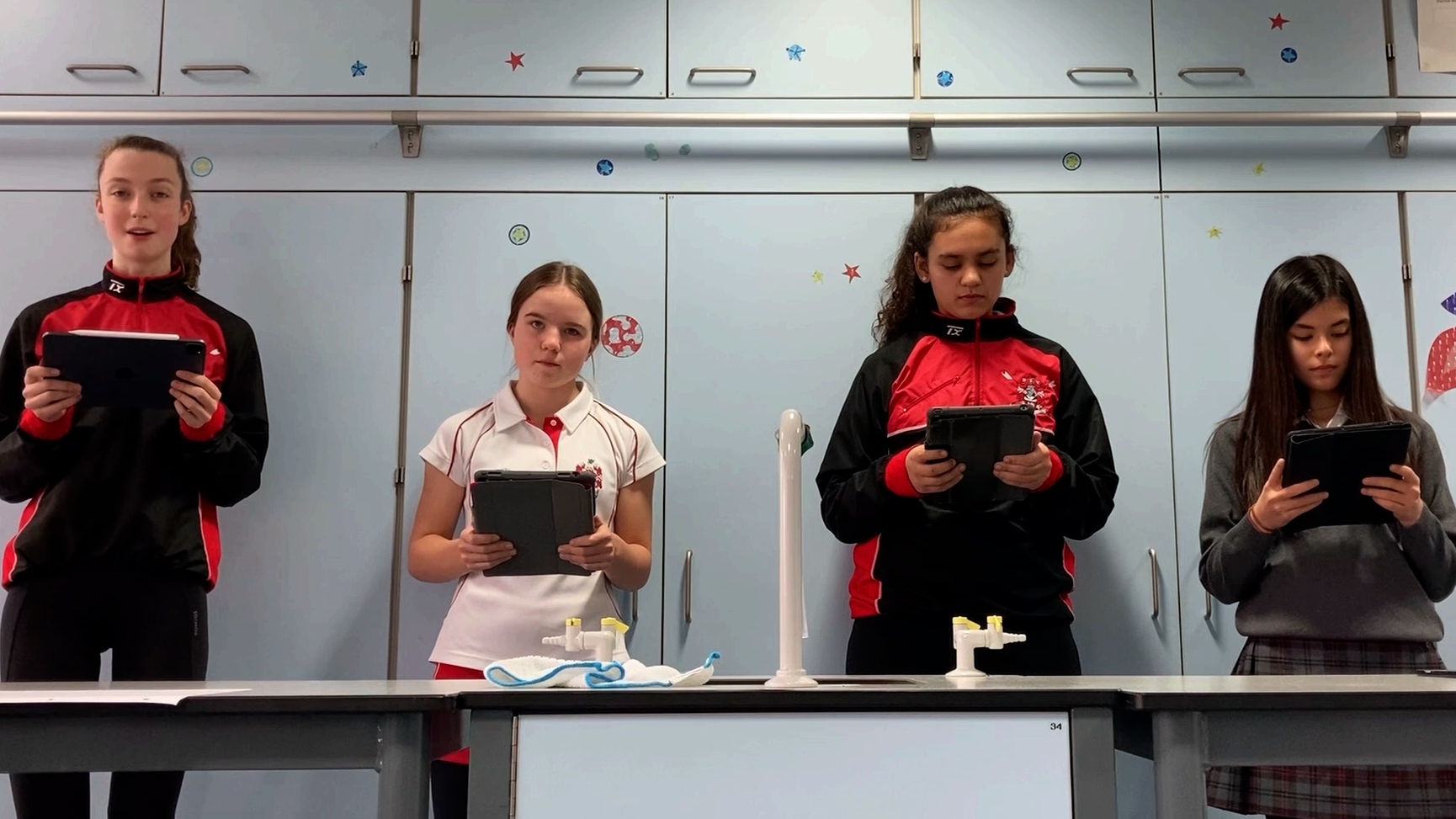 "I think one of the side effects of lockdown would be that there'll be quite a higher generation of waste because people at home eat more and for longer periods of time."

The challenge was also a great bonding activity for the students and their families, who observed the children conducting the experiment.

"Sometimes parents may not be aware of what their children are doing in school," says Banda. "I get a lot of emails from parents saying 'Oh, my child was doing this project? I had no idea about it.'"

For the students it was also a nice way to keep in touch with their classmates. "I think it's been really lovely to have conversations with our peers and classmates about our challenge and also just to work together during lockdown," says Catherine James from the Lady Eleanor Holles School, who worked with Abi, Lara and Isabel on the challenge.

"It's been really nice to have motivation and to really try to do something great in the world and carry on work during the lockdown." 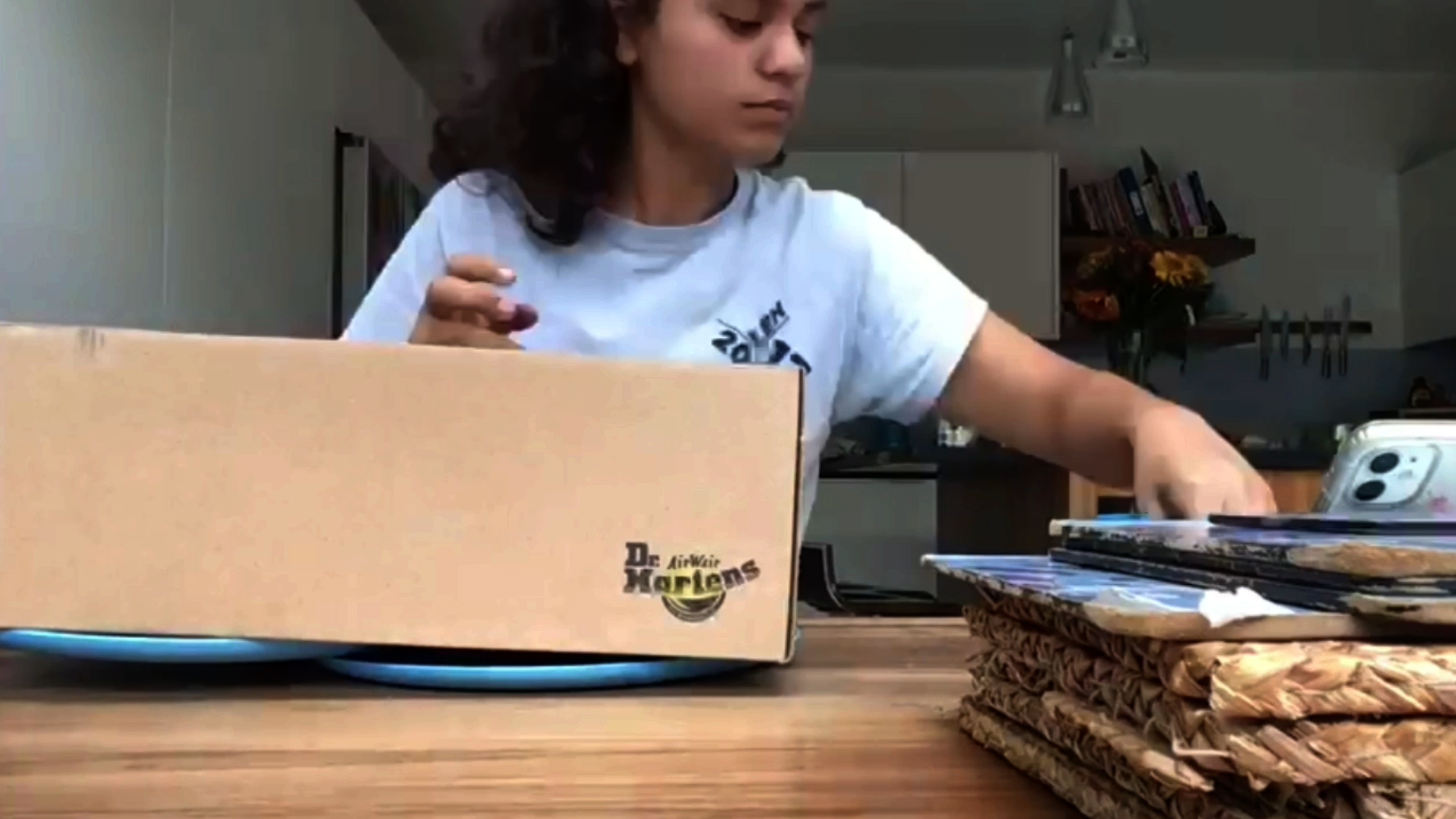 Some plan to continue composting after the challenge and extend their learning to the communities around them. Alex has an even more ambitious goal: developing a system of composting stations within his school and potentially speaking to UK members of parliament to make the same happen on a national level for all schools in the country.

It's the kind of determined attitude that will be needed by diplomats and ambassadors meeting at this year's COP26 in Scotland. Reducing food waste is also one of the UN's sustainable development goals, so composting may have an important role to play and young people may be the ones to lead the charge.