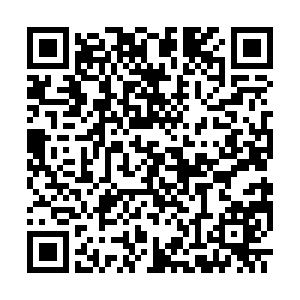 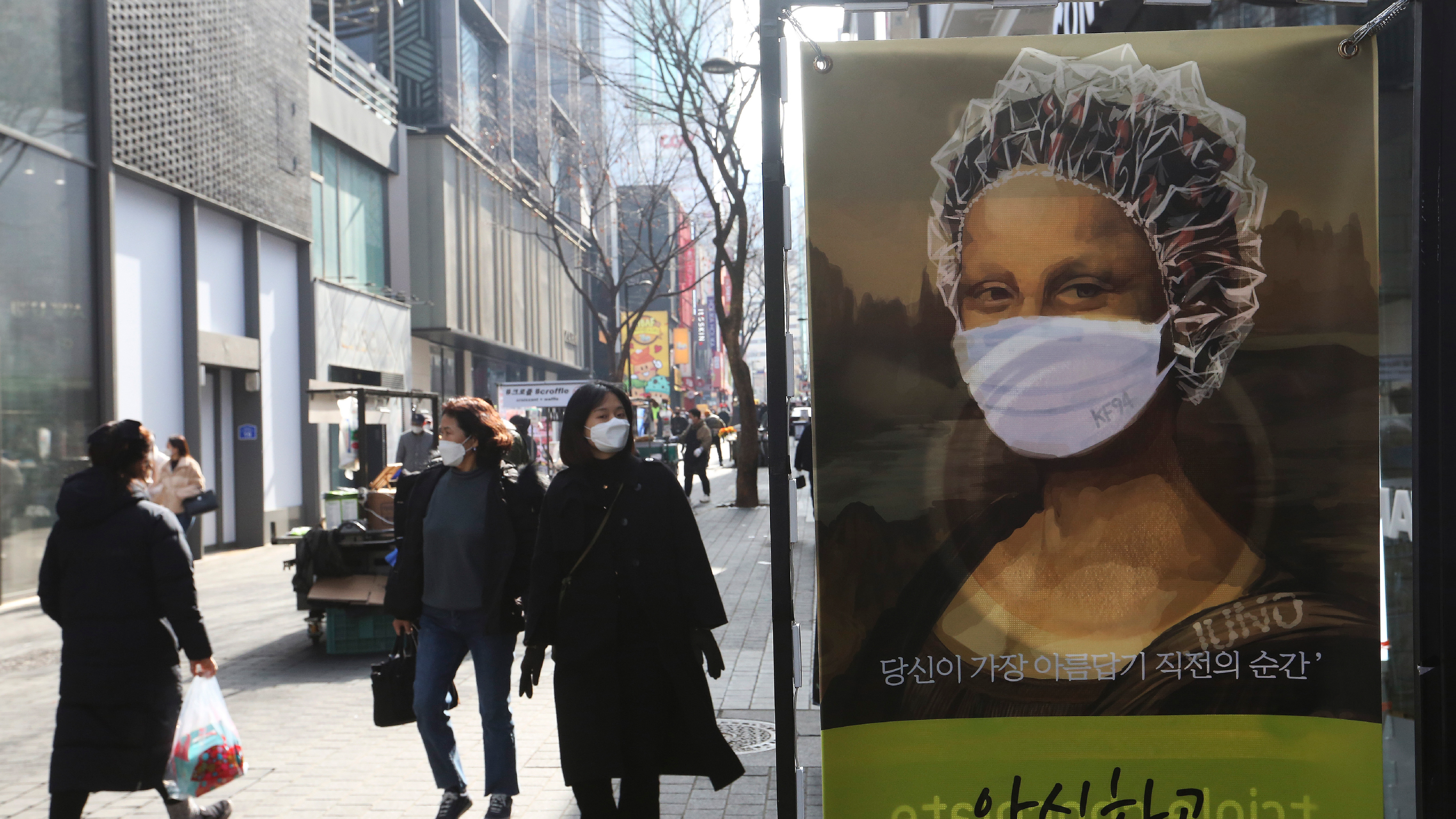 How effective are face masks against COVID-19? According to a study, much more than many people think.

A research study conducted by experts at the University of Cambridge, UK, yet to be peer reviewed, has found that face coverings not only work well to prevent the spread of the virus – offering from 62.6 percent to 99.6 percent protection from fine particles according to the type – but also that they are much more effective than people generally believe.

The ubiquity of face masks, once generally only worn by the likes of surgeons, may be the most visible sign of how our lives have changed since the beginning of the pandemic.

But this sudden familiarity with face masks, recommended by experts and authorities and often imposed from above, hasn't been met by universal public acceptance.

Many, in fact, still mistrust their effectiveness in preventing the transmission of the SARS-CoV-2 virus, especially when it comes to cloth face coverings.

The University of Cambridge's researchers tested each type of mask by taking air samples from both outside and inside the mask in short 15-second intervals and measuring the different rates of fine particle filtration. 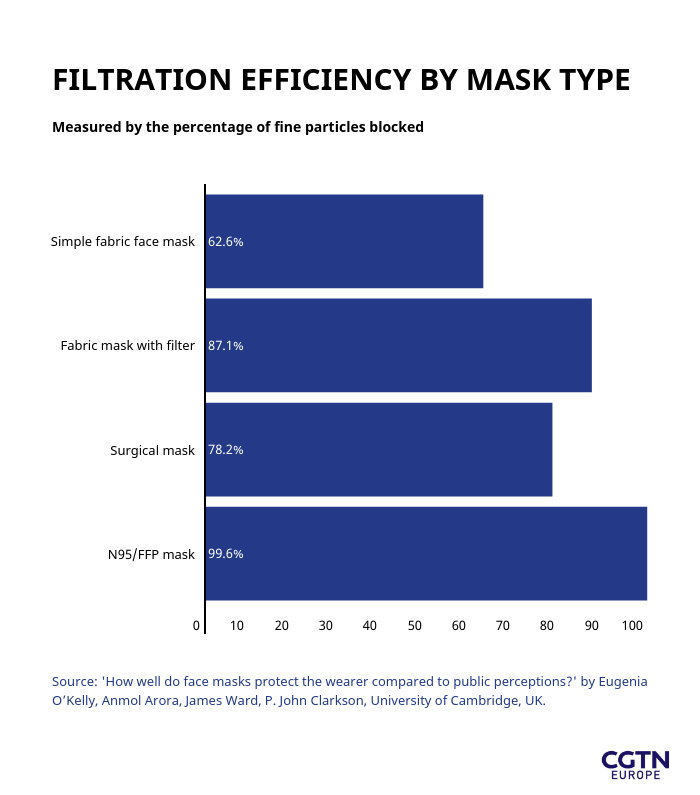 The most effective in preventing filtration were the masks known as N95, K95, FFP2 and FFP3, which blocked an average of 99.6 percent of particles.

The Cambridge experts then interviewed 710 U.S. residents, representative of the general American population, on the effectiveness of each mask according to their perception.

The results of the survey found people's guesses weren't entirely far-fetched, but generally tended to underestimate the effectiveness of face masks rather than overestimating it.

Only a small number of studies on the efficacy of face masks has been conducted so far. We don't yet know how people's behavior is influenced by wearing a mask, whether it gives us so much confidence we drop other protective behavior like washing hands, or reduce distancing.

Even fewer studies have been dedicated to the variety of fabric masks available to the general public, the ones most debated.

But all evidence seems to agree on one finding: we're better protected by wearing a mask than not wearing one. If you're thinking that a minimum of over 60 percent coverage by a fabric face mask can't compete with an N95 mask, consider that by not wearing a face mask at all you're only 1 percent protected from the virus: in perspective, it's a number that makes a huge difference and could have life-changing consequences. 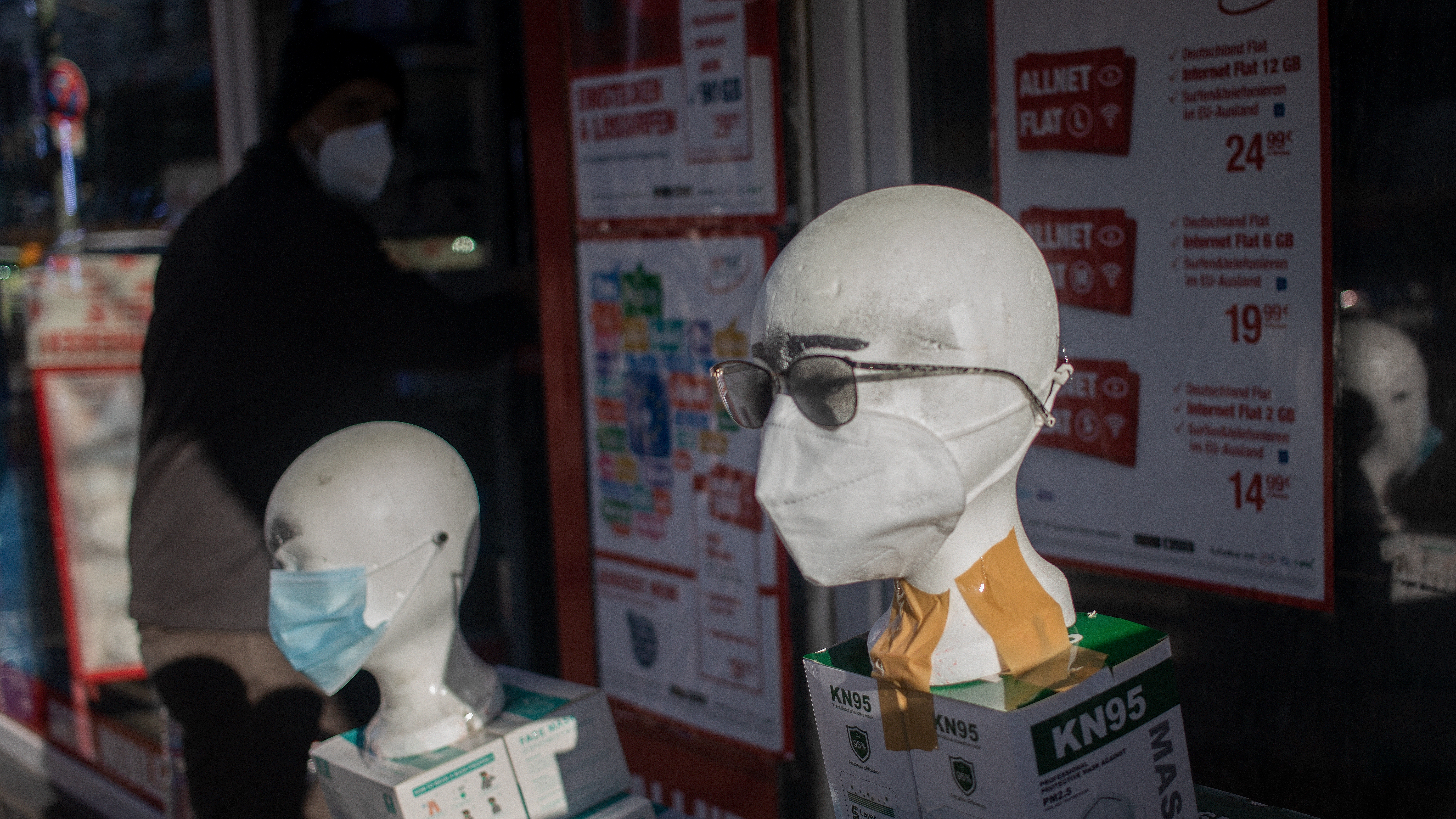 A man wearing a face mask enters a shop with face masks on display for sale outside in Berlin's Kreuzberg district. /David Gannon/AFP

A man wearing a face mask enters a shop with face masks on display for sale outside in Berlin's Kreuzberg district. /David Gannon/AFP

Some countries have moved against the use of fabric face masks. For example, France has recommended citizens wear surgical or FFP2 face masks when in public outdoors.

Other countries have taken a different approach. The UK government is handling the challenge posed by an apparently more infectious variant of the virus, the B117 variant, recommending the use of face masks, including fabric ones, in indoor and outdoor settings where people aren't able to social distance, together with all other precautionary measures.

Though there's no clear evidence on transmission of this new variant, the UK government estimates widespread use of face masks can reduce community transmission by between 7 and 45 percent.

But the effectiveness of these masks in preventing contagion depends on the quality of the mask, as suggested by the University of Cambridge's study, and by the mask being worn appropriately – fitting tightly to the nose and mouth.

When in doubt, avoid the simpler, one-layer face mask (where filtration efficacy can be as low as 5 percent) and opt for a multi-layered mask with tighter weave fabrics, proved to be much more effective in stopping particles from filtering through.