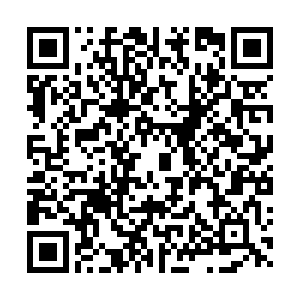 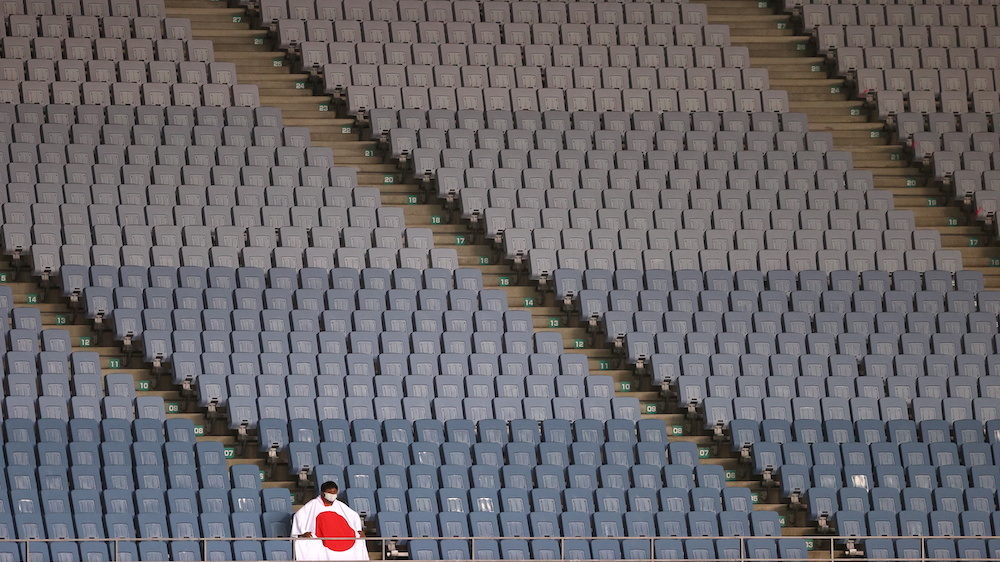 Football, like the Olympics, suffered from a lack of fans this year. /Reuters/Amr Abdallah Dalsh

Football, like the Olympics, suffered from a lack of fans this year. /Reuters/Amr Abdallah Dalsh

The Annual Review of European soccer's financial situation produced by accounting firm Deloitte showed the biggest downturn in revenue since the 2008 Global Financial Crisis for the $29.9 billion industry.

The figures compare the biggest leagues in Europe over the 2019-2020 European season, which was affected by league suspensions and crowd-less games following global restrictions to curb the COVID-19 pandemic.

While the market as a whole lost 13 percent of its value, the "Big Five" leagues in England, Germany, Spain, Italy, and France still made $18.4 billion in revenue. That's 60 percent of the European sector – but still represents an 11 percent loss compared with the year before. 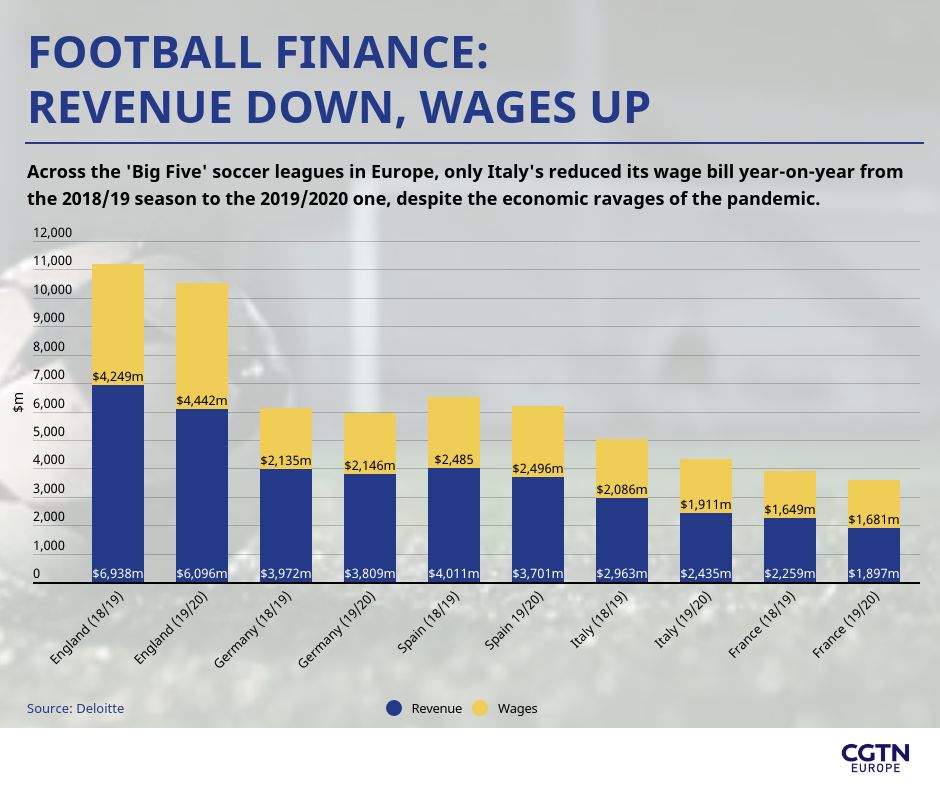 Side-by-side, the wage vs revenue gap is clear to see. /CGTN Europe

Side-by-side, the wage vs revenue gap is clear to see. /CGTN Europe

Germany's Bundesliga was completed before the end of the country's financial year and therefore managed to keep the fall to just 4 percent. This was in part due to paying fewer penalties to broadcasters than other leagues.

At the other end of the scale is France's Ligue 1, which had revenues fall 16 percent after the competition was canceled completely and Italy's Serie A, where the pandemic first took hold on the continent and led to an 18 percent drop.

Counter to what might be expected, the richest division in world soccer, England's Premier League, actually increased wages in this period. The league's total wage bill increased by 4 percent, which is $175 million.

"Due to the multi-year structure of player contracts, clubs have found it very difficult to offset the shock to revenue caused by COVID-19 by reducing wage costs," Dan Jones, head of the Sports Business Group at Deloitte, explained.

Although this analysis only takes into account the first few months of the pandemic, it could be a window on what to expect in 2022.

Some things, such as the main revenue streams, are likely to continue to shift as governments and ruling bodies adapt to the new limits on major sporting events.

Without gate receipts (as ticket money is known in the business), clubs had to pivot to make up the shortfall.

Below is a comparison of the Big Five leagues and their income streams. 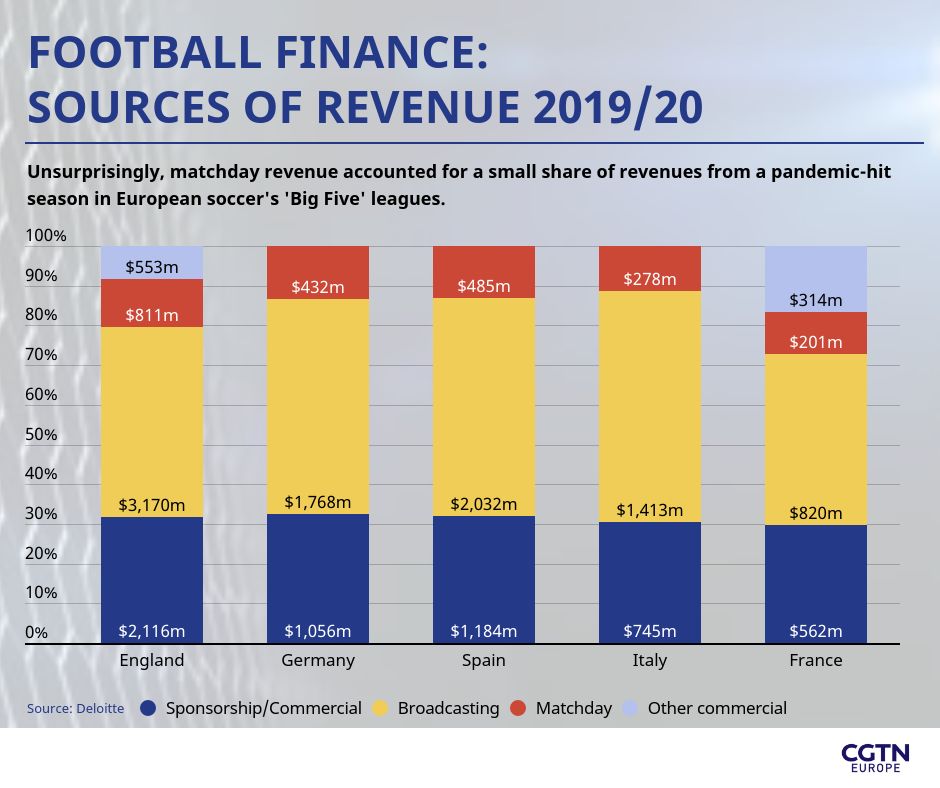