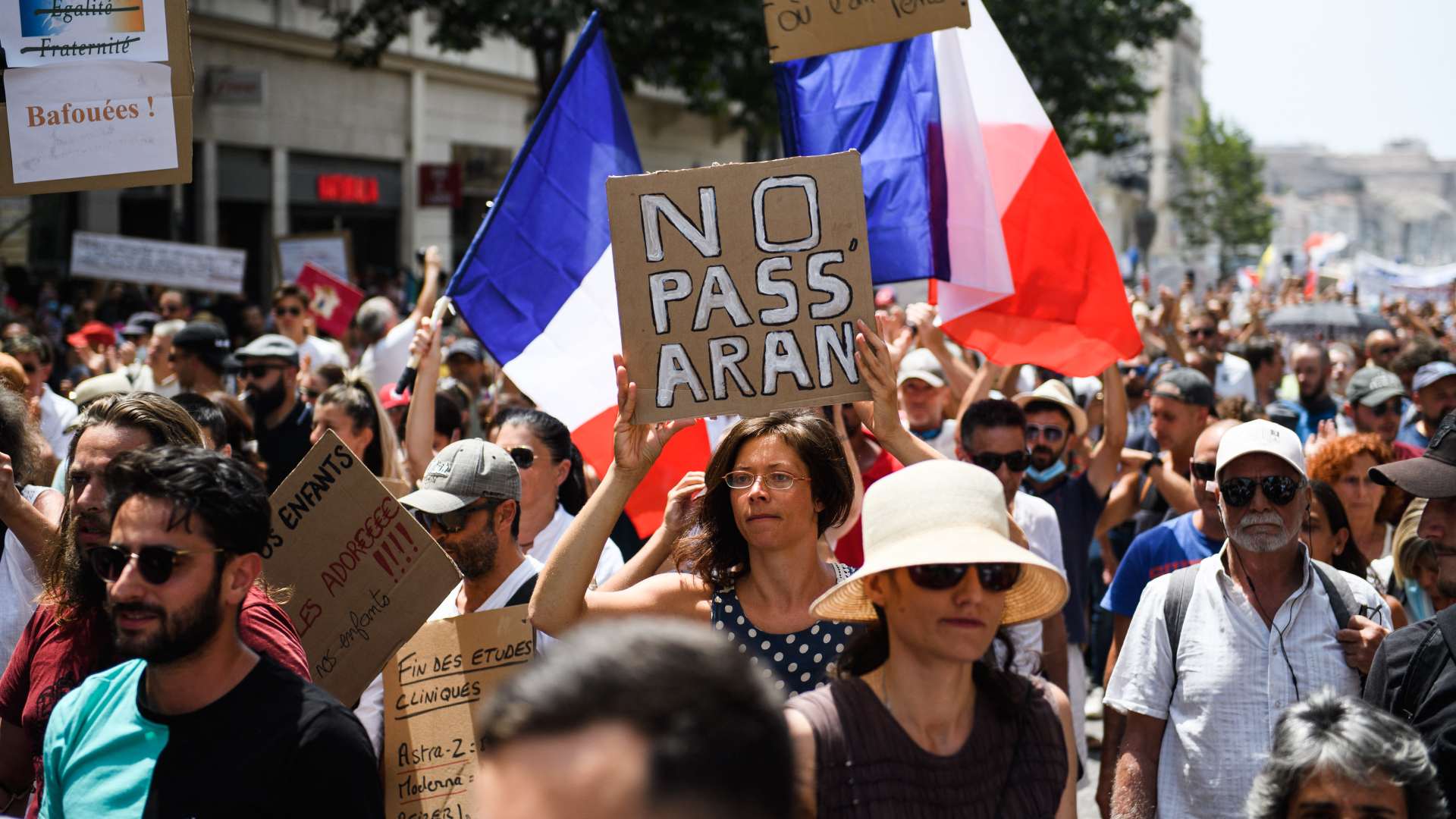 Since July 21, people have had to show a negative test or proof of vaccination to go to most public spaces. /AFP/ Clement Mahoudeau

Since July 21, people have had to show a negative test or proof of vaccination to go to most public spaces. /AFP/ Clement Mahoudeau

The chants are in different languages but the sentiments at a string of demonstrations across Europe are the same. There are sections of European society that are frustrated by lockdown restrictions and are also determined that their vaccine programs are something to be resisted.

If not resisted, then absolutely a matter of individual choice. 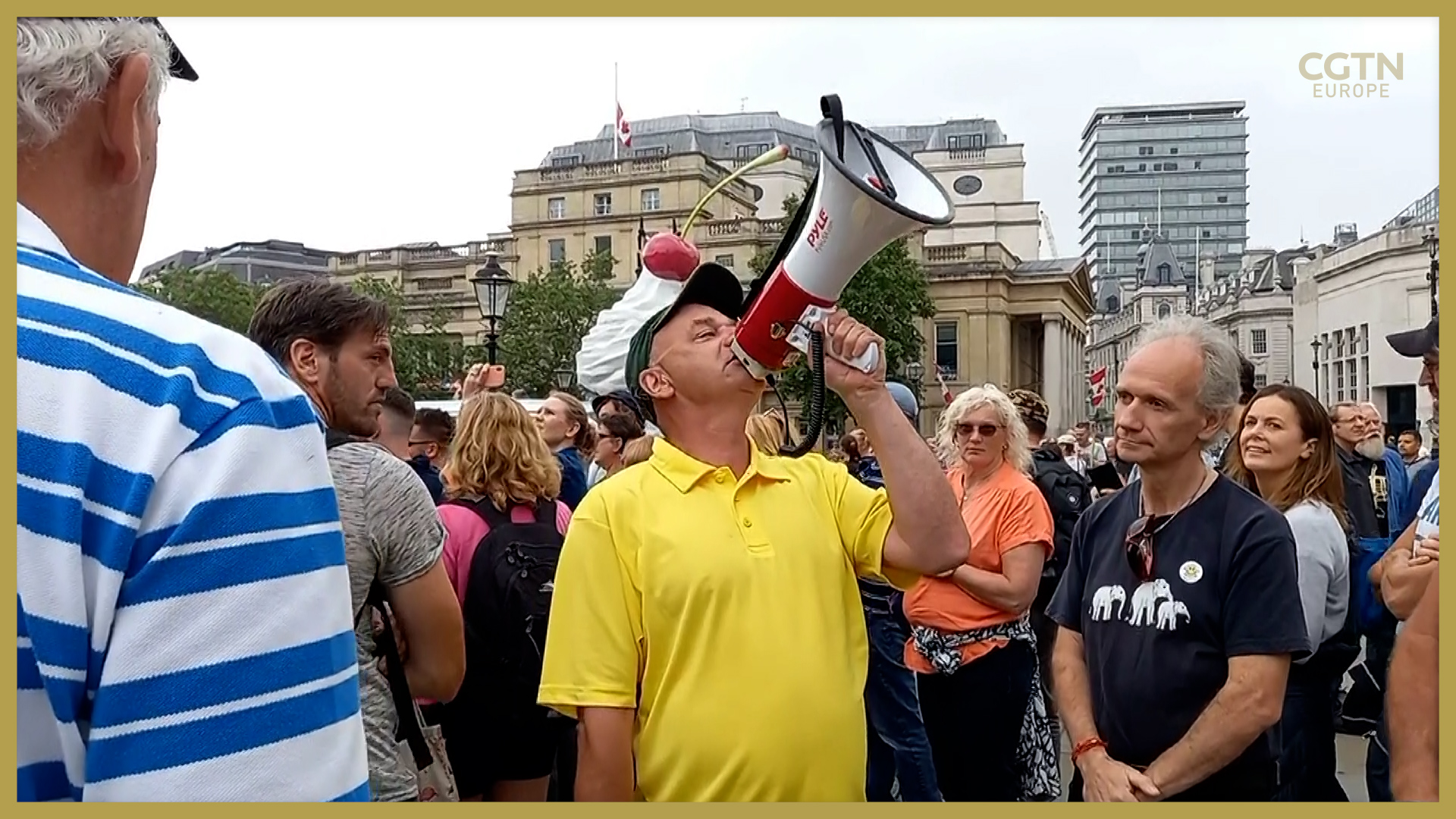 In Paris there were sporadic clashes between protestors and Police at a rally against President Macron's extension of the health pass and compulsory vaccinations for certain professions.

"I think systematic vaccination is too extreme and too risky," said one protestor. "And I'm also very shocked by the extension of this to children. I think they have nothing to gain and that we are taking too many risks to try to save our elders."

"We are here to protest against the obligation to get vaccinated," said another protester. "For example, I am vaccinated, but I refuse to force people to be vaccinated. It is better to discuss, have an exchange, have information, debates, try to convince people." 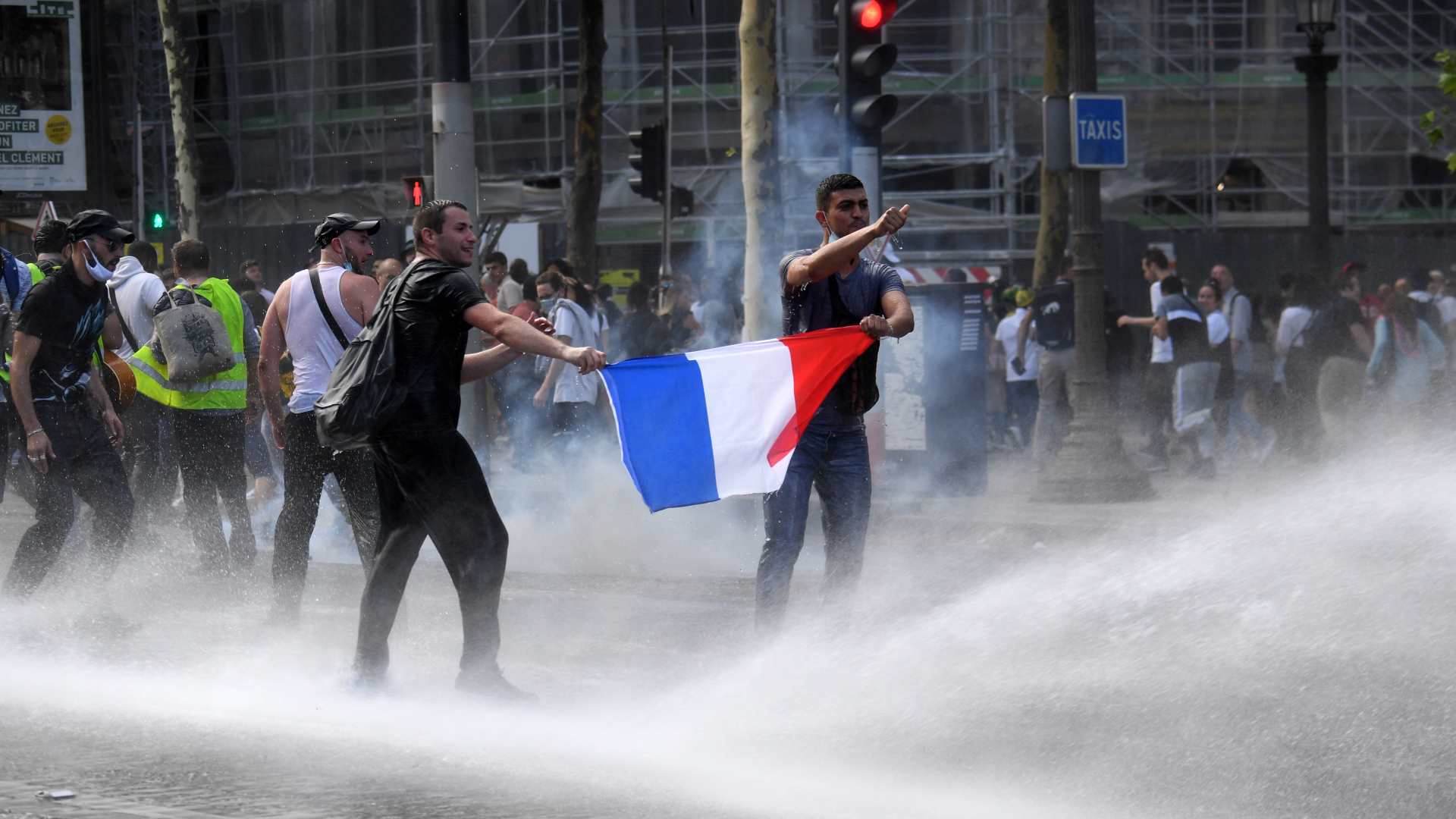 Protesters were hit by water cannons in Paris. The protest was against compulsory vaccinations for some people in the country. /AFP/ Alain Jocard/

Protesters were hit by water cannons in Paris. The protest was against compulsory vaccinations for some people in the country. /AFP/ Alain Jocard/

But Europe's leaders are getting more concerned every day by the rise in cases of the Delta variant and the continued low vaccination figures. Whether it's so-called green passes in Italy or health passes in France, the EU is starting to look at ways to nudge its populations towards vaccinations.

Gradually, museums, theaters, gyms, and swimming pools are likely to become off-limits to people who have not had both their jabs.

About 200 million Europeans have now been vaccinated, but that is only half the adult population, and the hospitals are starting to fill up again.

In the UK, there were also protests in London and other big cities across the country.

But while infection rates have shot up in the last few weeks, hospitalizations and deaths from COVID-19 are trailing behind, reflecting the effectiveness of the vaccine program, with nearly 90 percent of Britons inoculated with at least one dose.

Like Europe, the government in Westminster is also planning measures to make vaccinations a necessary condition of entry into certain events such as nightclubs. There were similar demonstrations planned across Europe in cities including Vienna, Warsaw, Helsinki, Rome, and Madrid.

Europe has become the test case for allowing free movement under cover of vaccines and the world is watching closely. But it's by no means a sure thing and keeping the public compliant is proving a challenge.