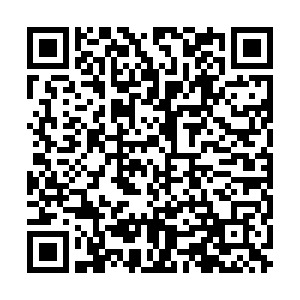 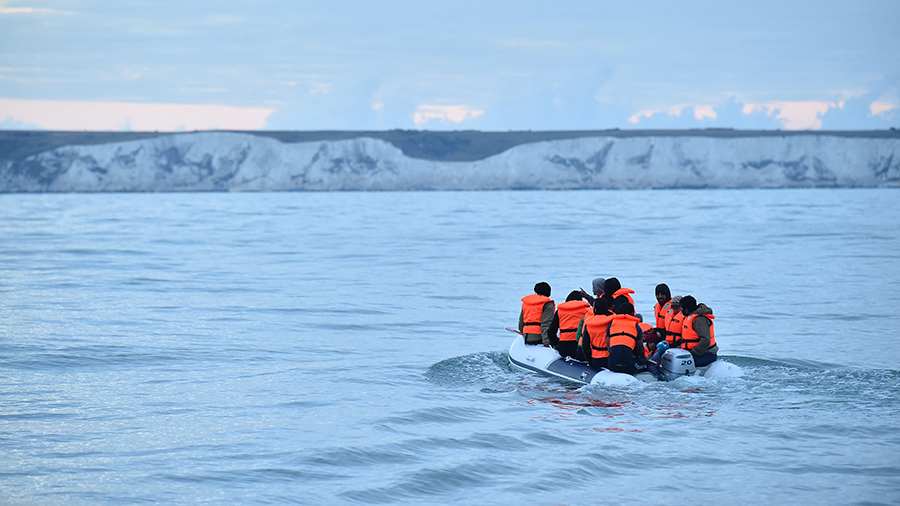 In this file photo taken on September 1, 2020, migrants in a dinghy sail in the Channel toward the south coast of England after crossing from France. /Glyn Kirk/AFP

In this file photo taken on September 1, 2020, migrants in a dinghy sail in the Channel toward the south coast of England after crossing from France. /Glyn Kirk/AFP

Records are being set in the English Channel, with at least 430 migrants crossing the busy shipping lane between France and England on Monday. About 241 made it to land on Sunday.

Such figures are the backdrop to a confusing and increasingly heated debate building up around the UK Home Office's Nationality and Borders Bill, which got its second reading in the UK Parliament on Tuesday.

It is thought these groups of asylum-seekers are taking advantage of the current warm weather conditions. Many of them women and children, they are being rallied by the ruthless criminal gangs operating all over the French coastline and being dispatched in tiny craft to make the hazardous crossing.

The previous record for arrivals was set last September at 241 in one day.

How big a problem is this for the UK government?

These numbers would suggest this is a growing problem, but that's not necessarily the case. Illegal immigration into the UK is now a fraction of what it was 10 years ago.

However, at a cost of $761.3 million in 2020, the Home Office's processing system has been criticized over its efficiency. The 2020 backlog of people waiting to have their applications considered is 109,000, of those cases 79,000 have been active for more than a year.

What are the UK government's proposals?

The numbers are rising, certainly, but they're a small fraction of the bigger picture. The government's new bill seeks to make it a criminal offence to enter the UK without prior permission, punishable by up to four years in prison.

It also introduces a maximum life sentence for those convicted of people smuggling, new age assessments to identify adult migrants pretending to be children and new powers for the UK's Border Force to stop and divert vessels suspected of carrying illegal migrants.

Opponents of the bill say it turns victims into criminals and that it almost certainly violates the 1951 UN Refugee Convention and the 1998 Human Rights Act.

• Raise the penalty for illegal entry from six months to four years imprisonment and introduce life sentences for people smugglers.

• Stop and divert vessels suspected of carrying illegal migrants and return them to where their sea journey to the UK began.

• Increase the penalty for Foreign National Offenders who return to the UK, from six months to five years imprisonment.

• Implement an Electronic Travel Authorisation scheme, similar to the U.S. ESTA program, to block the entry of those who present a threat to the UK.

Part of the UK dilemma relates to Brexit. As a former member, the UK is no longer part of the wider European Union's cooperation framework when it comes to refugees and asylum.

The Home Office has ambitions to set up processing centers outside the UK similar to those used in Australia. It will now have to look further afield than France or Spain.