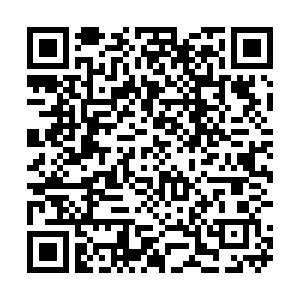 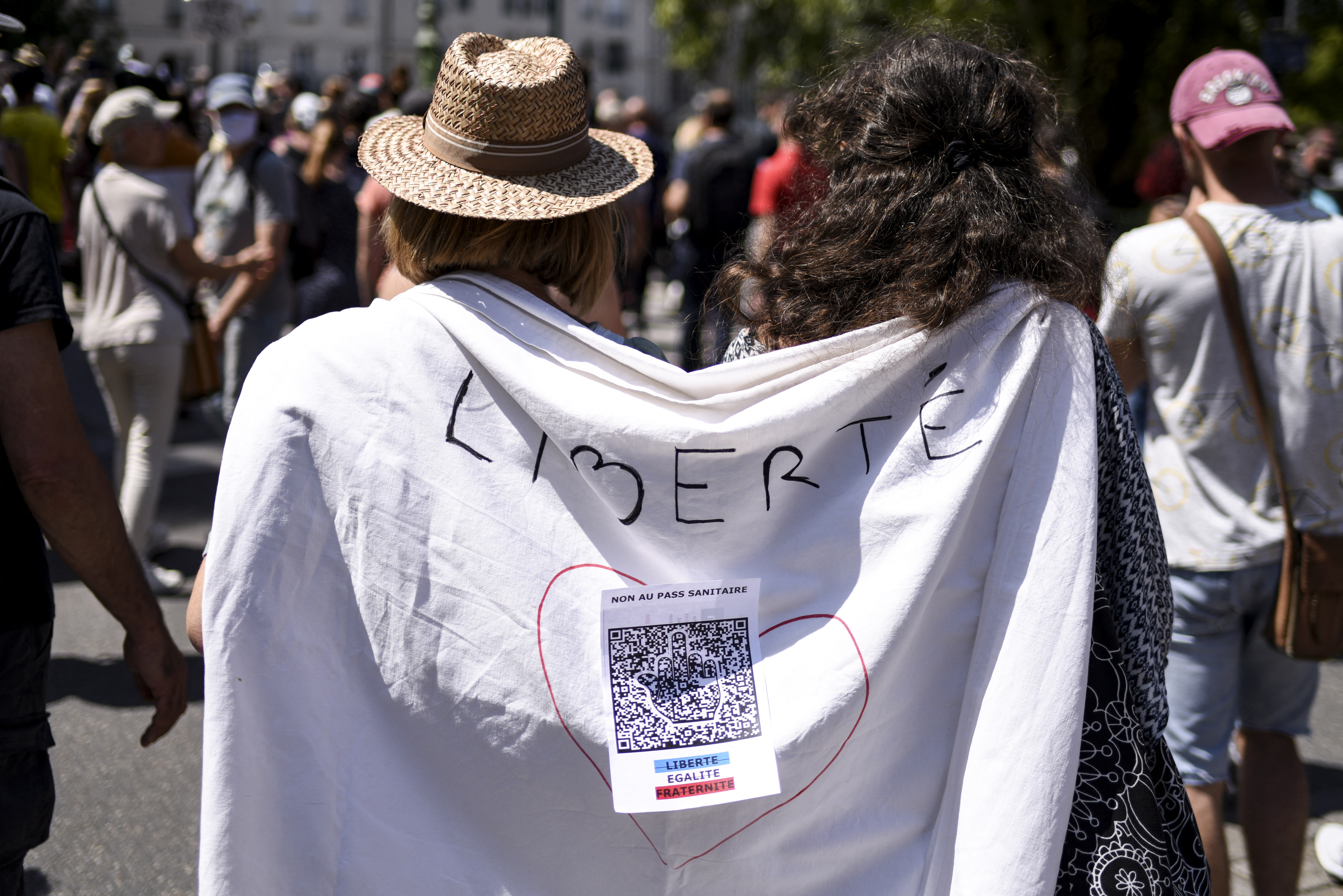 Two women are wrapped in a white sheet, which reads 'Freedom: No to the health pass,' during a demonstration against the new measures. /Sebastien Salom-Gomis/AFP

Two women are wrapped in a white sheet, which reads 'Freedom: No to the health pass,' during a demonstration against the new measures. /Sebastien Salom-Gomis/AFP

Lawmakers in France are debating the government's latest measures to try to deal with the surge in new coronavirus infections. Ministers are advocating obligatory vaccinations for healthcare workers and also the imposition of the divisive health pass requirement.

From the start of August, people going to public places such as cinemas, museums and restaurants will be required to show proof they have either been vaccinated or have recently tested negative for COVID-19. The government says there will be a "trial period" lasting approximately a week to allow venues to adapt to the new requirement to check customers and visitors to make sure they have a valid health pass.

Members of the public can either show the QR code within the government's track-and-trace phone app or bring paper proof. The health pass will also be required in swimming pools and sports centers, shopping centers bigger than 20,000 square meters and any other public place with a capacity of more than 50 people.

Approximately 200,000 people protested against the health pass at the weekend. But more than 3.5 million vaccination appointments have been booked in the past seven days as the public rushes to get the COVID-19 shot before the new rules take effect.

On Tuesday, the health minister said any venues that had a functioning "health-pass check" would not need to enforce the indoor face-mask rule. Currently, face masks are compulsory in indoor public places in France and not mandatory outdoors.

However, the Atlantic coast city and tourist hotspot La Rochelle has reimposed the obligation to wear a face mask outside in public due to the surge in infections. The government spokesman has confirmed the country is now going through a fourth wave of cases.

"We see a faster wave; a steeper slope than the previous ones. It could increase very quickly and [get] very high," said Gabriel Attal.

The Council of State, the country's highest constitutional body, approved the new legislation on Monday, paving the way for lawmakers to start debating the measures.

The council also gave the green light to another tightening of restrictions. The government says people testing positive for the coronavirus must now spend 10 days in self-isolation, instead of the seven days in previous guidance. If someone does not self-isolate, they face the risk of a $1,800 fine. A woman holds a placard, which states 'Freedom, I write your name,' during a protest against the new coronavirus measures in France. /Sebastien Salom-Gomis/AFP

A woman holds a placard, which states 'Freedom, I write your name,' during a protest against the new coronavirus measures in France. /Sebastien Salom-Gomis/AFP