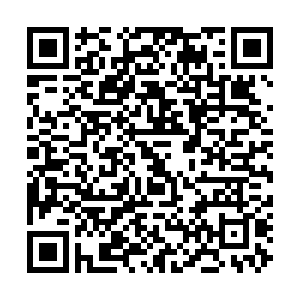 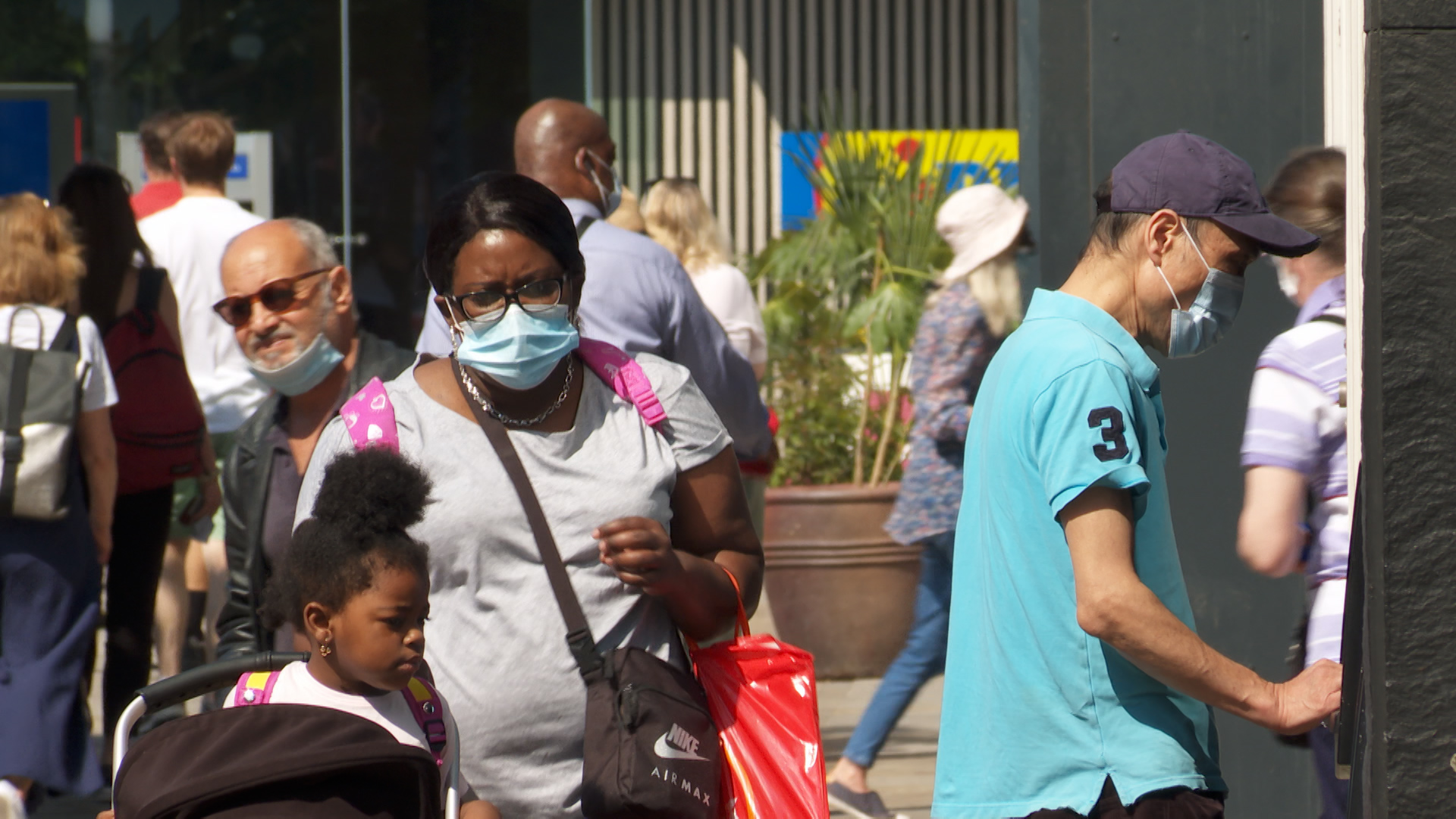 UK Prime Minister Boris Johnson has urged people to be cautious, as his government ended nearly all COVID-19 restrictions in England.

He delivered the message from his official country residence, where he is currently having to self-isolate after Health Minister Sajid Javid tested positive for the coronavirus at the weekend.

Billed as "Freedom Day," today saw the end of more than a year of limits on how many people can meet or attend events. Nightclubs, pubs and restaurants are also now allowed to operate in a pre-pandemic manner.

Despite questions about the wisdom of the moves, Johnson said it is "right to take this step now." Although he acknowledged some people would "rather we'd waited weeks or months" to ease restrictions.

A year on: Prague's end of pandemic party

How to cut 10 percent of aviation emissions

"If we don't open up now, then we face a risk of even tougher conditions in the colder months," he said.

"There comes a point after so many have been vaccinated when further restrictions no longer prevent hospitalizations and deaths, but simply delay the inevitable."

He added: "We have to ask ourselves the question, if not now, when?"

Patrick Vallance, chief scientific adviser to the government, confirmed the number of people testing positive in the UK was rising sharply and said that currently the UK was "quite close" to the size of the winter wave of infections "and it will raise further."

The number of daily cases has recently risen above 50,000.

He also added that the testing program might become "very stretched."

Vallance also pointed out that deaths were increasing.

Earlier in the day, as workers traveled to work, many wore face coverings although some chose not to.

It may be Freedom Day, but many seemed cautious.

In west London Rita Sousa, a National Health Service worker from Portugal, told CGTN Europe: "Until now I'm ok, but because I work in a hospital I'm happy to cover myself until we see where it goes." 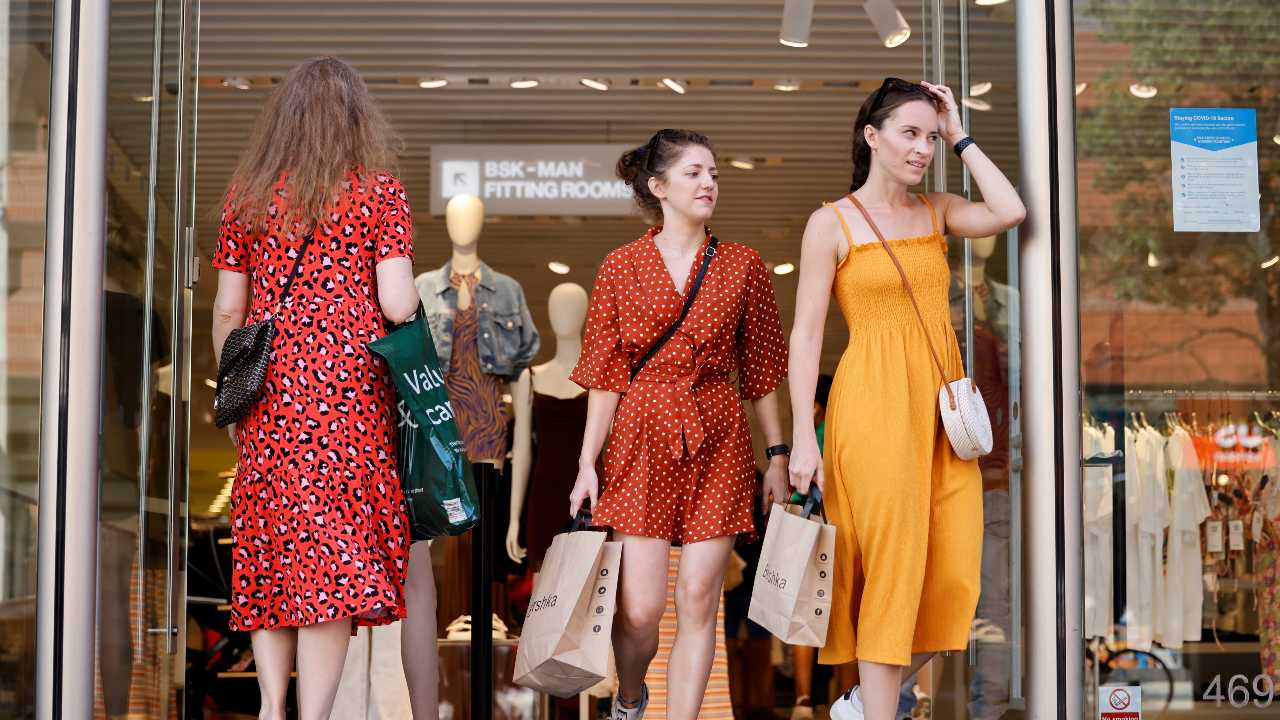 Shoppers no longer need to wear face coverings inside. /AFP

Shoppers no longer need to wear face coverings inside. /AFP

Guy Mason works in construction and had commuted to London from York. Almost everybody at the stations and on the train wore face masks, he said. Adding: "Nothing's changed for me really. It seems it's still the same as it was two weeks ago, three weeks ago."

Rosie Dunford-Wood is a waitress. She and her friends felt the government messages were contradictory

"I feel like it's quite confusing, a confusing thing as everyone is reading the news at the moment and all the cases are apparently the highest they've ever been. And suddenly Boris Johnson and everyone is saying everything should go back to normal."

The UK government is keen for the economy to speed up and return to where it was, but while England's COVID-19 restrictions have mostly been removed, face coverings in Wales and Scotland are still mandatory in indoor public spaces.

Northern Ireland's rules are being relaxed next week. 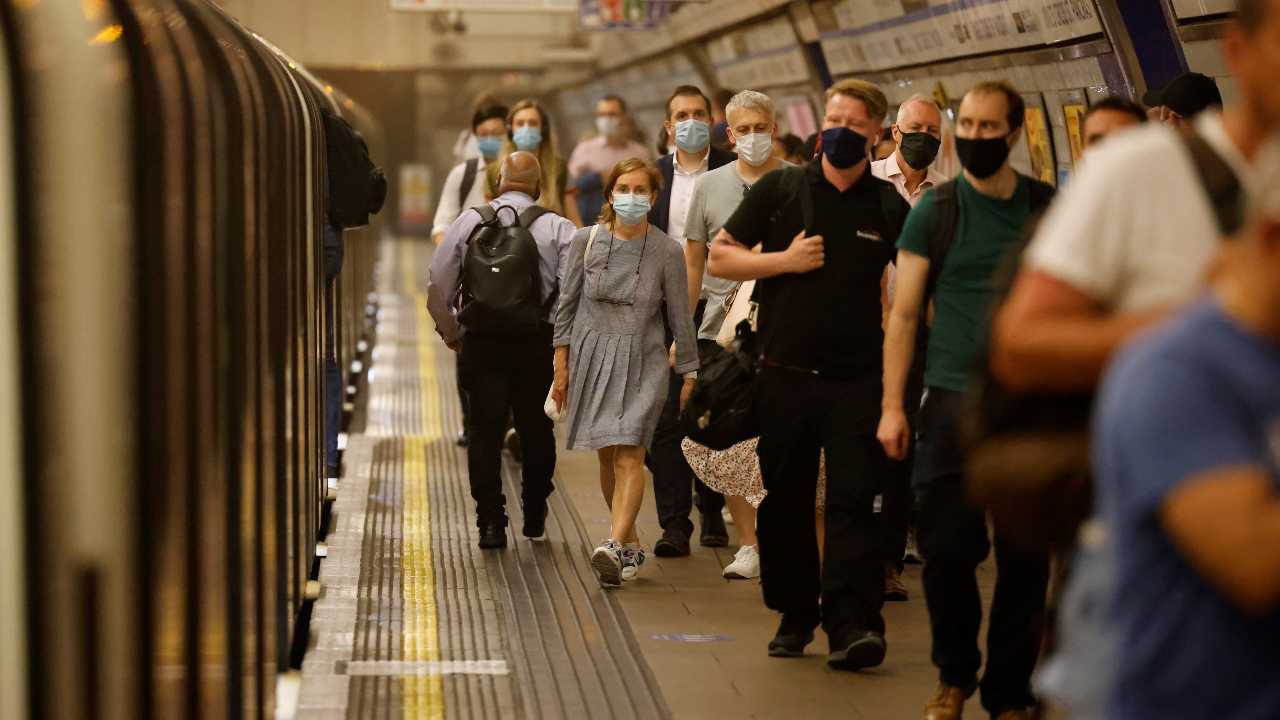 Johnson said in his briefing it was "essential" to keep up the system of test, trace and isolate. He said he knows it is frustrating for those who have been alerted but "I'm afraid that the continuing sacrifice of this large minority, those of us who have been asked to isolate, remains important."

He was asked by a journalist whether, with so much uncertainty over infection rates and hospital admissions, won't the roadmap out of lockdown have to be reversed?

Johnson replied that he "hopes" it is irreversible, but he can't guarantee that and "we have to be humble in the face of nature."

There could be a new variant of the virus and cases are expected to rise before they eventually hit a wall of immunity and then come back down again.

More than 36 million people have  received two doses of vaccine so far. That's 68 percent of UK adults and scientific modeling suggests hospital admissions, serious illness and deaths from COVID-19 will be significantly lower than in earlier peaks.

The gamble for the government is when "herd" immunity kicks in – and could that happen with 100,000 cases a day or 200,000. Or even more? What sort of pressure could that put on the UK health services by late summer?