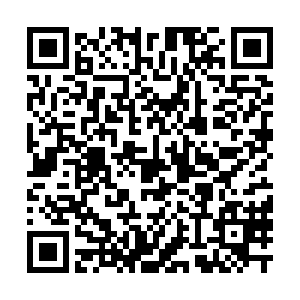 Europe has had a flood warning system in place for almost a decade – so why weren't authorities prepared for the lethal conditions that have ravaged Germany and Belgium in the last few days?

The geographical nature of Europe, in which huge rivers flow through several countries, can create complication and confusion around fluvial overflow. First suggested in 2002 after disastrous floods along the Danube and Elbe, the European Flood Awareness System (EFAS) became fully operational in 2012. So what went wrong?

EFAS is a typically collaborative European effort. Hydrological data collection is managed by a Spanish group, meteorological data collection is handled in Germany, the computation is carried out by the European Centre for Medium-Range Weather Forecasts (split-site across the UK and Italy) and dissemination is handled by a consortium across Sweden, Slovakia and the Netherlands.

The idea is that EFAS can issue warnings up to 10 days in advance – and indeed, it did issue an "extreme" flood warning early this week. However, professor Hannah Cloke, a hydrologist who set up and advises EFAS, called the death toll "a monumental failure of the system" and blamed "breaks in the chain" of preparation. 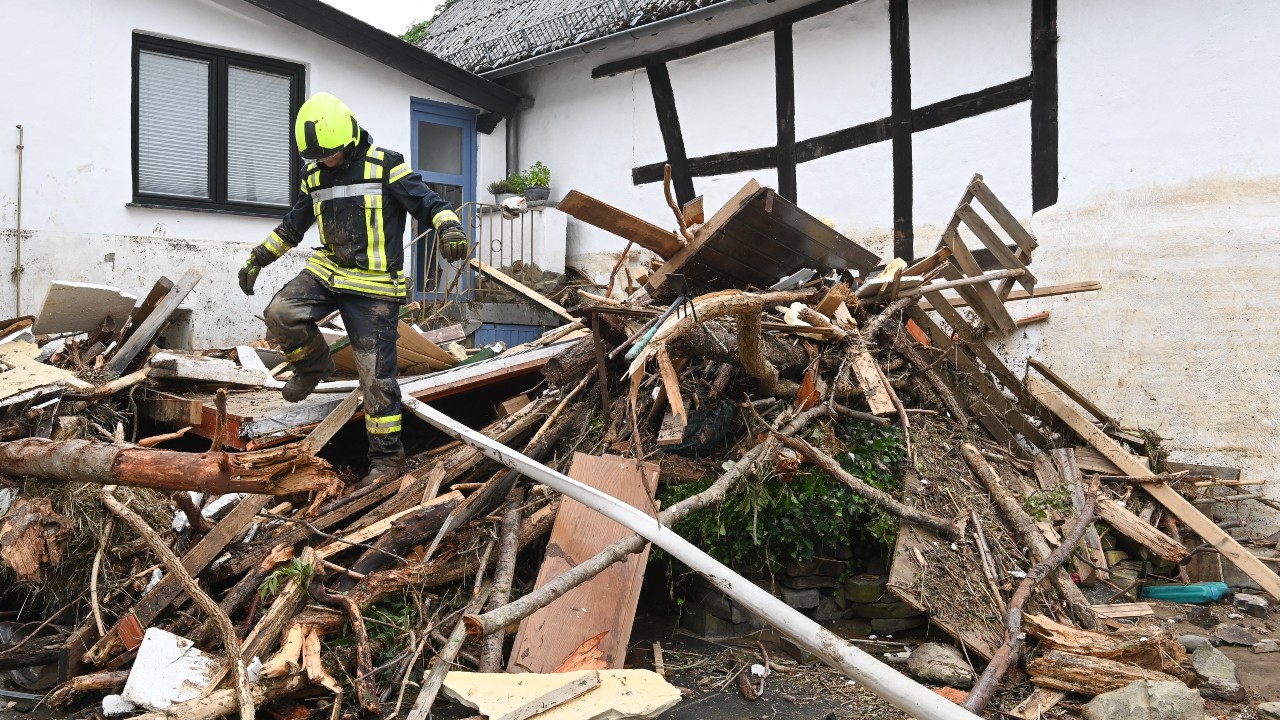 A firefighter jumps from a pile of flood-damage debris in Schuld, western Germany. /Christof Stache/AFP

A firefighter jumps from a pile of flood-damage debris in Schuld, western Germany. /Christof Stache/AFP

Cloke insisted EFAS had "done what it's designed to do", with early warnings heeded in some areas. But there were "also places where those warnings did not get through to the people and they did not know it was going to happen.

"There were alerts going out," she insisted, "saying 'There's some very serious rain and floods coming: be aware.' It's then for the national authorities to take that information and go with it."

From national to local

However, in some states national authorities do not have ultimate power over local actions. Germany's federal meteorological service the Deutscher Wetterdienst (DWD) passed the warning on to local authorities, insisted spokesman Uwe Kirsche, but "As a federal authority, the DWD is not responsible for initiating evacuations or other measures on-site… that is a task for the local authorities."

The EFAS warning was in the "extreme" category, "which means there's danger to life," explained Cloke. "It doesn't say you should evacuate, that's up to the national authorities."

"But typically, if you have a danger to life warning, and you know where that's going to happen, you make sure that you're in place for evacuation. That's how disaster risk management works." 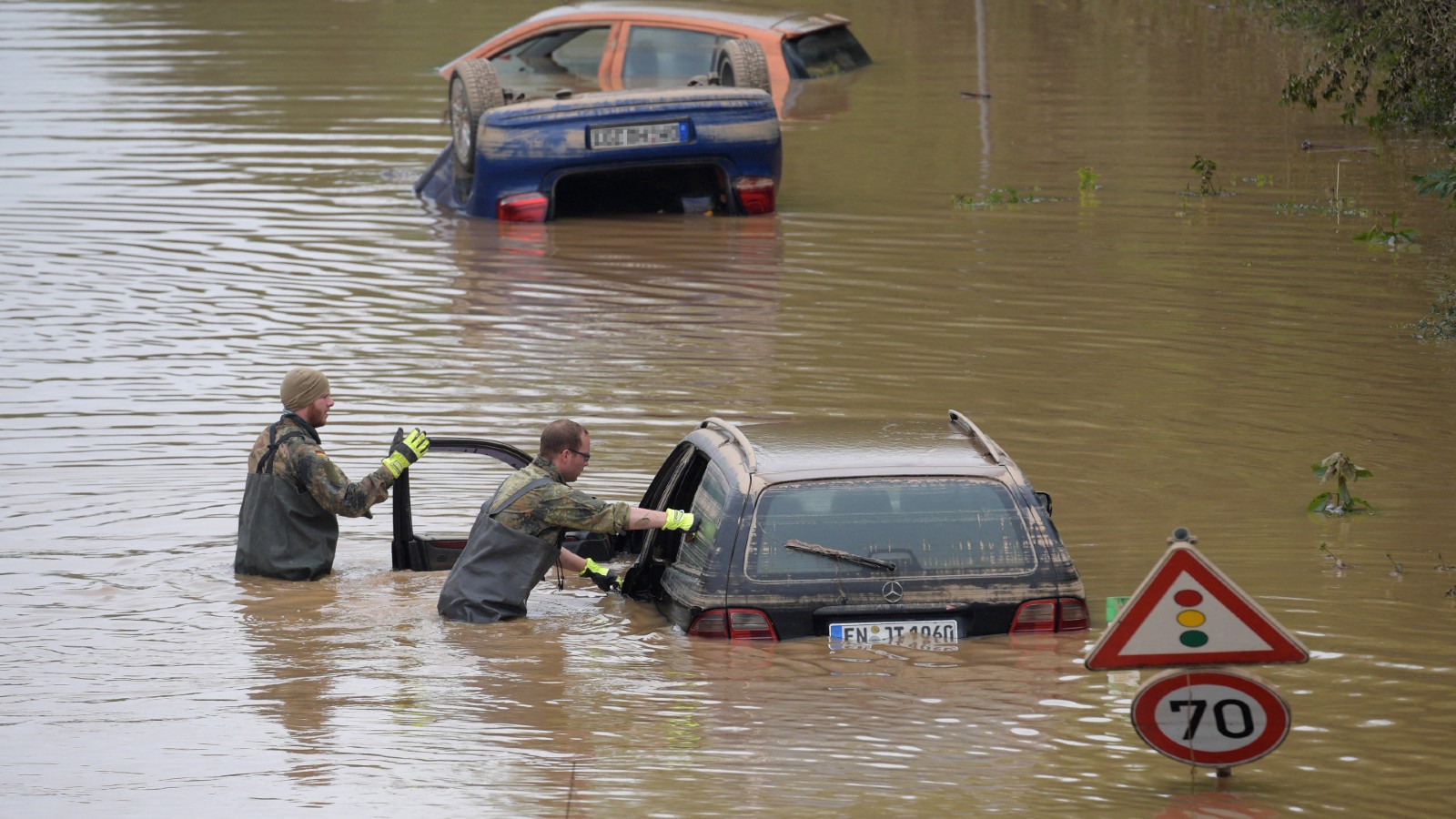 However, the flooding clearly caught some by surprise, and the reaction from some members of the public dismayed Cloke.

"The sight of people driving or wading through deep floodwater fills me with horror," she said, "as this is about the most dangerous thing you can do in a flood."

As the waters subside, explanations will be sought for the deadly weather, and climate scientists are already investigating possible causes. A recent spell of wet weather left the ground saturated, with groundwater and drainage systems unable to absorb the sudden extra precipitation. Longer-term, rainfall has become heavier as the atmosphere heats up because warm air holds more moisture.

In this case, meteorologists have described a stubbornly unmoving area of low pressure which concentrated rainfall – heavier than usual because of the damp atmosphere – in certain places. Others have noted that the jet stream has been weakened by the high temperatures elsewhere, reducing its usual power to mix up weather systems and prevent such extreme occurrences. 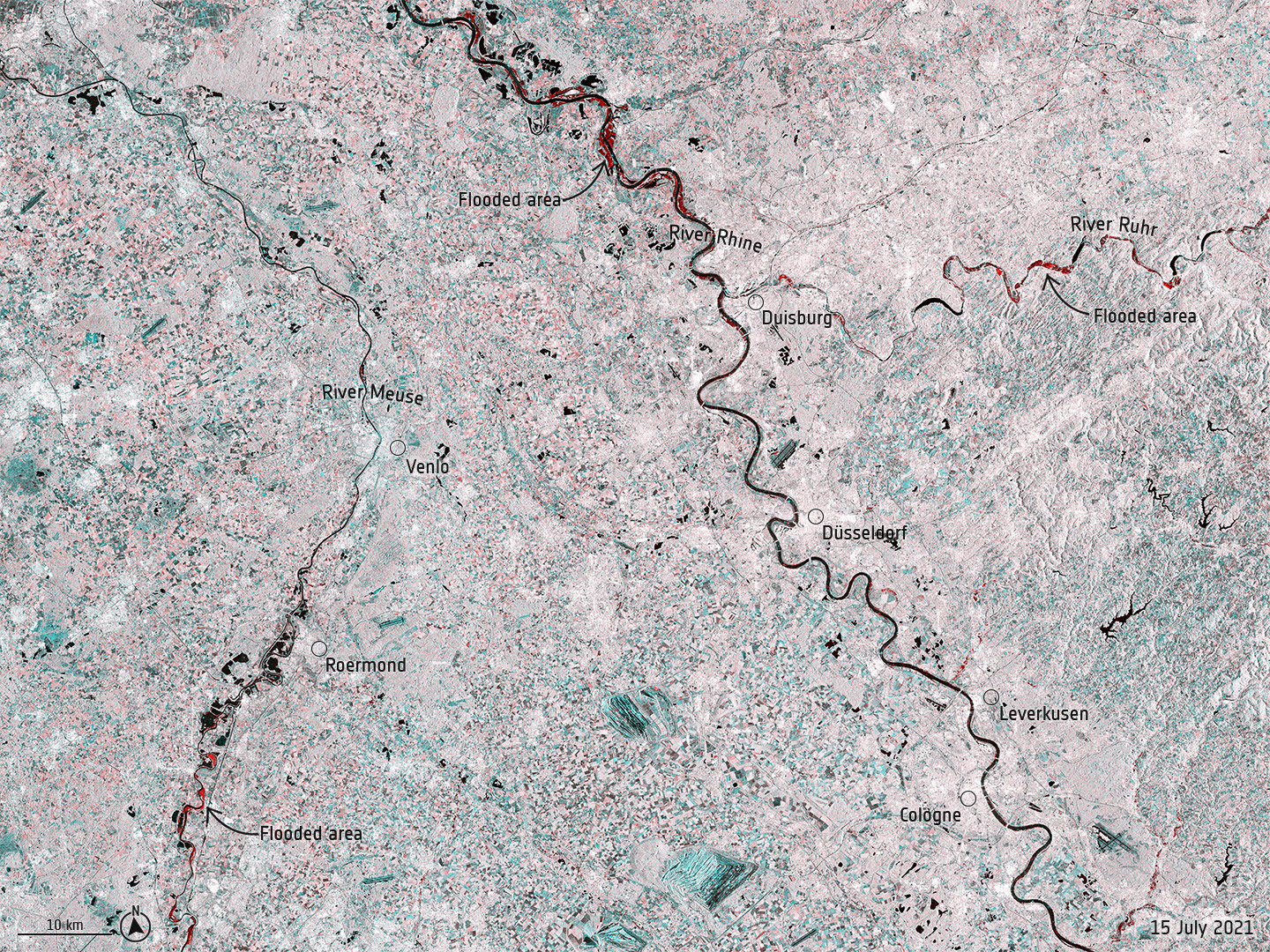 This image released by the European Space Agency shows the flooding along the Meuse, Rhine and Rhur rivers. /Copernicus Sentinel/ESA

This image released by the European Space Agency shows the flooding along the Meuse, Rhine and Rhur rivers. /Copernicus Sentinel/ESA

Almost all agree that climate change is making dangerous weather events more frequent and more lethal. This week, climate scientist Ed Hawkins criticized hesitant media coverage of such disasters, suggesting "Experts say that climate change is already increasing the frequency of extreme weather events, and many single events have been shown to have been made worse by global warming."

"With climate change we do expect all hydro-meteorological extremes to become more extreme," said Carlo Buontempo, director of the Copernicus Climate Change Service at the ECMWF. "What we have seen in Germany is broadly consistent with this trend."

The trend is proving lethal. On Saturday morning the death toll from these floods passed 150, mostly in Germany with a couple of dozen in Belgium, with dozens still missing. The Netherlands is now on high alert, with Luxembourg and France also affected.

"We should not be seeing this number of deaths from floods in 2021 – it's just unacceptable," said Cloke. "There's something going wrong with the system." Making it right for the next flood may be a race against time.