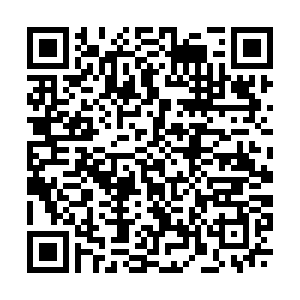 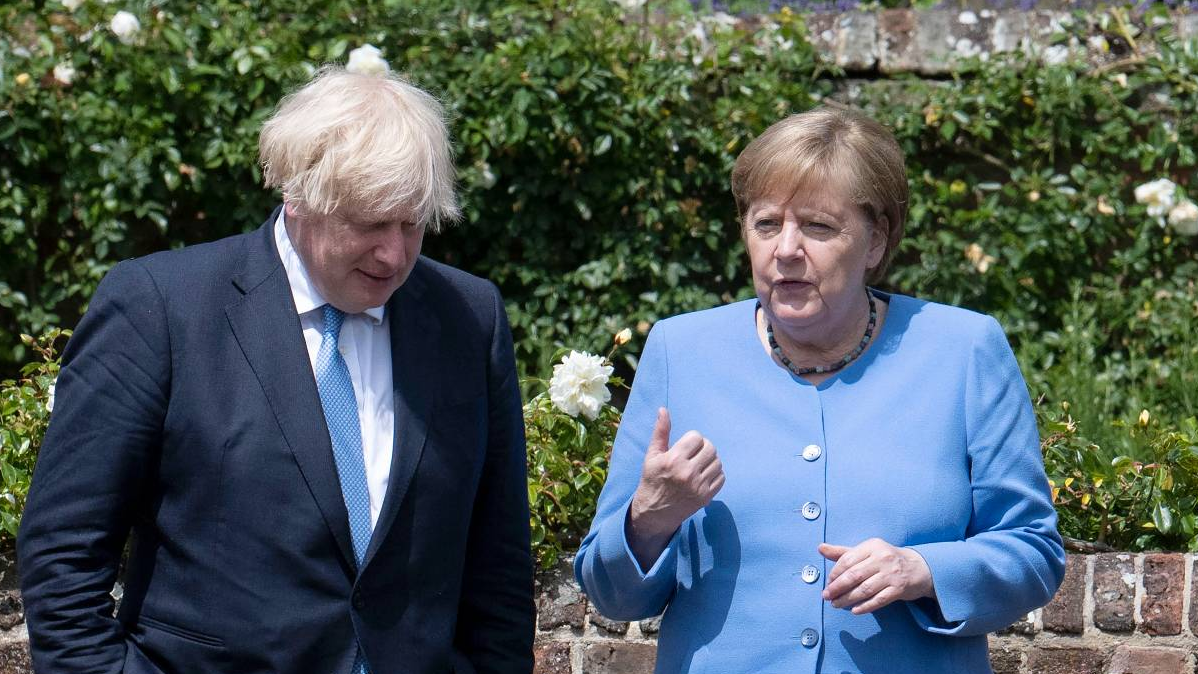 German chancellor Angela Merkel is stepping down this year after 15 years in power. AFP/ David Rose/POOL

German chancellor Angela Merkel is stepping down this year after 15 years in power. AFP/ David Rose/POOL

Johnson, speaking alongside Merkel at a joint news conference, said that he'd follow the "scientific guidance" and he did not plan to order a reduction in crowds attending matches at Wembley Stadium.

Crowd capacity at Wembley will increase to more than 60,000 fans for the semi-finals and final of Euro 2020 under a pilot scheme announced last week.

"The crucial point is that ... here in the UK, we have built up a very considerable wall of immunity against the disease by our vaccination program," Johnson stated.

"The position is very clear in the UK, which is that we have certain events which we can put on in a very careful and controlled manner with testing of everybody who goes there," he added.

Merkel expressed her worry about European football's governing body UEFA's decision to allow bigger crowds amid a spike in the coronavirus crisis caused by the Delta variant.

"I am worried and skeptical about whether this is good," Merkel said at the same news conference.

On Thursday, the World Health Organization said crowds at Euro 2020 stadiums and in pubs and bars in host cities were driving the current rise in coronavirus infections in Europe. 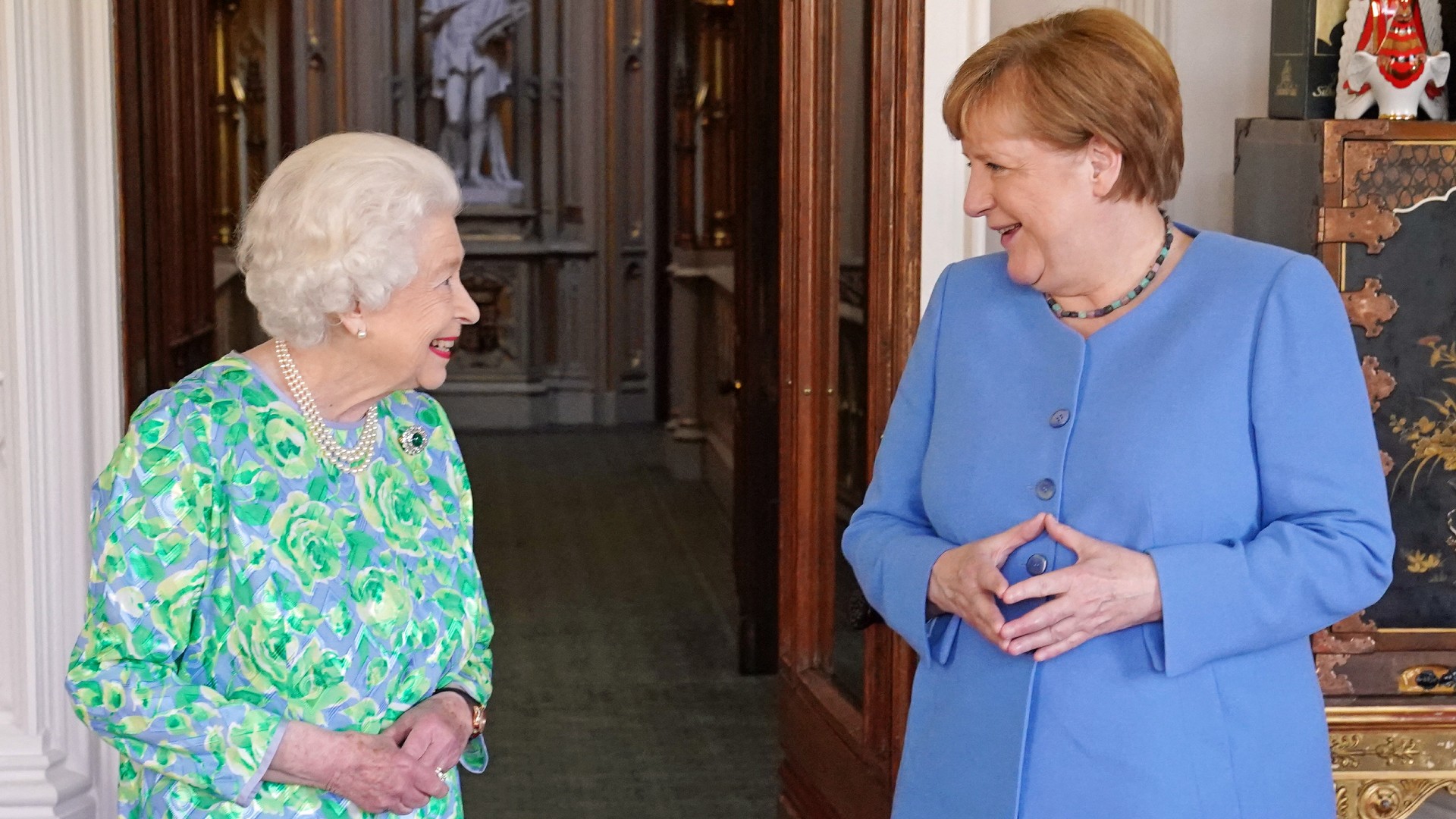 Merkel was also granted an audience with the UK's Queen Elizabeth on her last visit to the country./Steve Parsons/AFP

Merkel was also granted an audience with the UK's Queen Elizabeth on her last visit to the country./Steve Parsons/AFP

The virus and the travel restrictions to halt its spread dominated much of the press conference as it has in the weeks leading up to Merkel's visit, her 22nd and last as Germany's chancellor – a role she has held for almost 16 years.

"I assume that in the foreseeable future, those who have been vaccinated twice will be able to travel again without going into quarantine," Merkel told the news conference.

Johnson said Britain's advanced vaccine program should permit its citizens to travel abroad more widely this year – something a hard-hit travel industry says is key to its survival after more than a year of pandemic restrictions.

While Britain hopes to ease its quarantine requirements for the fully vaccinated when they return from abroad, some European states, including Germany, currently are implementing a period of quarantine for British arrivals, regardless of vaccination status.

Merkel's visit is seen in London as a chance to shore up diplomatic relations with its second-biggest sovereign trading partner after years of wrangling over Britain's exit from the European Union (EU).

Merkel has previously shown support for Brussels' stance on protecting the Northern Ireland Protocol, which has led to tensions between the UK and the bloc. Both sides say they are eager to find a long-term solution to the issue, with an eye on maintaining the delicate political balance in Belfast.

Under the agreement, Northern Ireland follows EU standards on goods, whereas the rest of the UK – England, Scotland, and Wales – does not.

"I personally believe that within the framework of this Northern Ireland Protocol ... we can find pragmatic solutions," Merkel said.

Johnson said the situation could be resolved with "goodwill and patience."

The two leaders agreed to several initiatives, ranging from an annual joint meeting of the British and German cabinets to cultural and youth exchange programs.