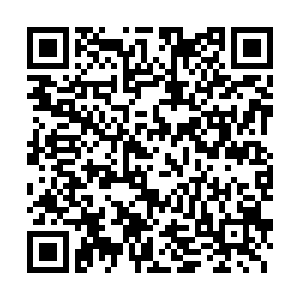 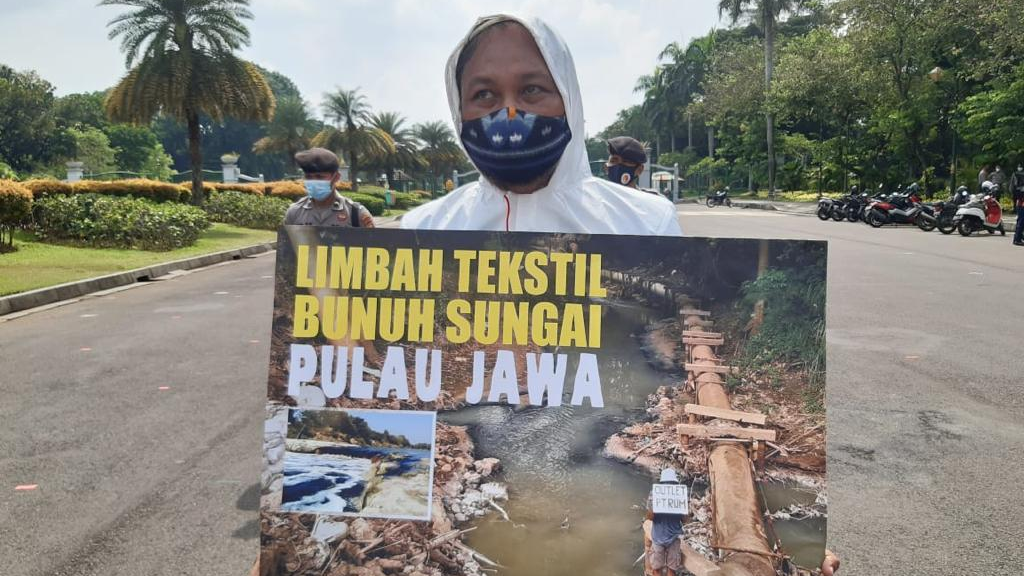 Globally, an estimated 92 million tonnes of textile waste is created by the fashion industry each year – to put that into perspective, that means that the equivalent of one truck full of clothes being dumped in a landfill or burnt every second. If the current trend continues by 2030, we are expected to be discarding 134 million tonnes of textiles a year.

Alan Wheeler is the UK's Textile Recycling Association Director, a trade body representing commercial businesses and charities that work in the sector. He says that the fashion industry is the world's second-largest polluter producing 1.2 billion tonnes of greenhouse gases. 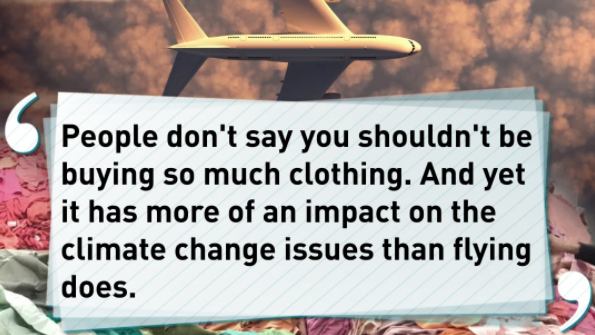 A quote from Alan Wheeler who is urging consumers to think about their spending habits./CGTN

A quote from Alan Wheeler who is urging consumers to think about their spending habits./CGTN

Wheeler is worried about the role of fashion in climate change. He told CGTN, "Some estimates make the fashion industry responsible for 10 percent of global greenhouse gas emissions. That's more than aviation and maritime put together. And you hear an awful lot of people saying we shouldn't be flying around so much. People don't say you shouldn't be buying so much clothing. And yet, it has more of an impact on climate change issues than flying does. So that is obviously a really serious concern."

This is not the only pollution problem the fashion industry faces - there is also the issue of microplastic pollution. Microplastics are tiny pieces of plastic that are not biodegradable and are found in synthetic fibers like polyester, nylon and acrylic.

It's estimated that 35 percent of all microplastics in the ocean come from washing synthetic fabrics and are being ingested by a variety of marine wildlife.

Believe it or not – washing clothes releases a staggering 500,000 tons of microfibers into the ocean each year — the equivalent of 50 billion plastic bottles.

Last year scientists at the University of Manchester discovered the highest levels of microplastic ever recorded on the seafloor at the bottom of the Mediterranean near Italy. They found up to 1.9 million plastic pieces per square meter. 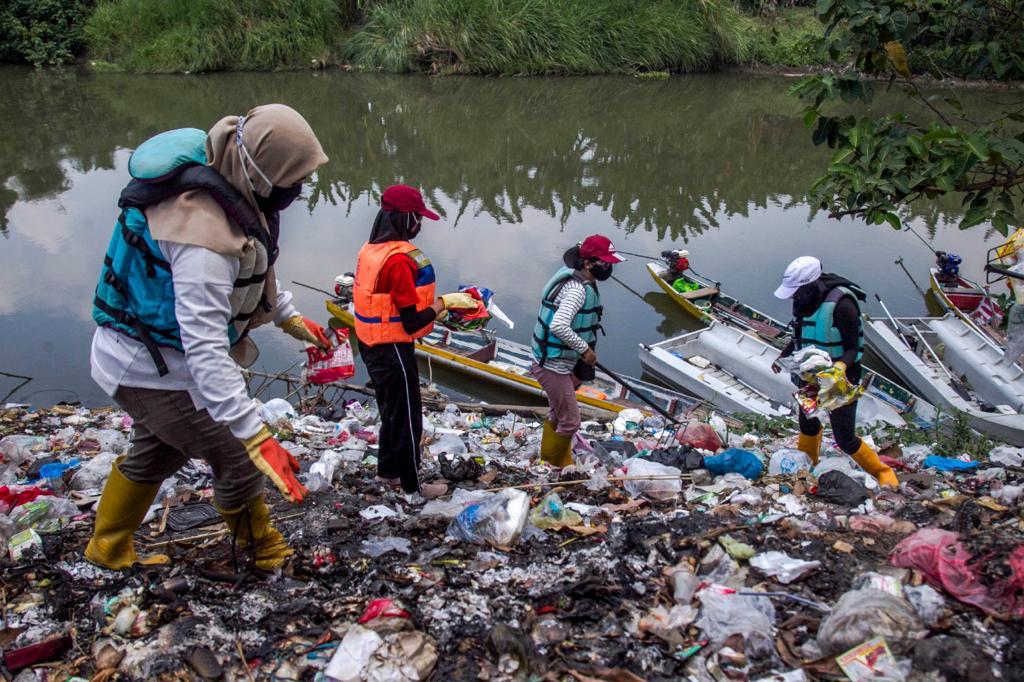 A clean up effort on the Brantas river. /Fully Handoko /Ecoton

A clean up effort on the Brantas river. /Fully Handoko /Ecoton

Another big issue concerning the garment industry is the chemical waste discarded during manufacturing. This is most prevalent in Indonesia, which produces 2.4 percent of the planet's textiles and is one of the countries biggest export industries.

On the banks of the Citarum River, there are over 1,000 factories and they are releasing toxic chemicals, such as mercury, cadmium and arsenic, into the river – the same water that locals use to bathe and wash their clothes in.

Yuyun Ismawati is from the Nexus3Foundation, an environmental health NGO in West Java and she is very concerned by what is happening in her country. She told CGTN, "Here in Indonesia the clothing industry is causing a lot of environmental damage and health problems."

Factories dump tonnes of toxic waste into the Citarum, making it one of the most polluted rivers in the world. Locals say that the textile dyes are even changing the color of the river every day
-  Yuyun Ismawati, The Nexus3Foundation 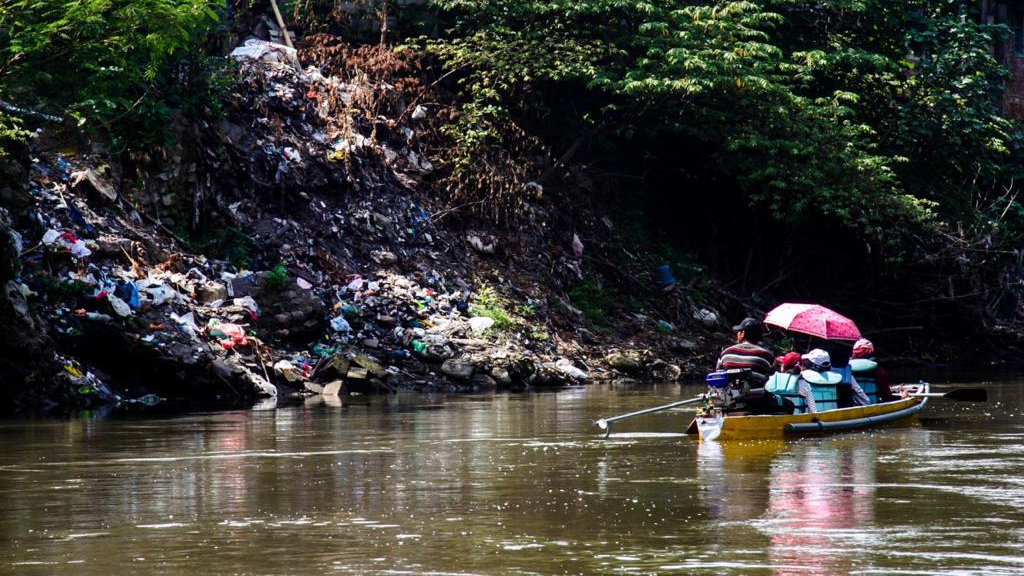 Many communities live and work on the Citarum river. /Fully Handoko /Ecoton

Many communities live and work on the Citarum river. /Fully Handoko /Ecoton

How did it all get so bad?

Under the UN Sustainable Development Goals, many countries have committed to "ensuring sustainable consumption and production". In the UK, for example, people are buying more clothes than ever – the average consumer buys 60 percent more clothes than they did 15 years ago.

Remember the days when there were fashion seasons?  Now, many major retailers offer something different each week through their social media channels and advertising - fueling fashion addiction.

Some large fashion firms are doing their best to address the clothing waste issue by introducing recycling schemes where customers are offered a voucher or a discount in return for dropping off unwanted garments. But is it enough?  Shouldn't consumers ultimately all be buying less and making clothes last longer? Some experts in the fashion industry say education is the key. 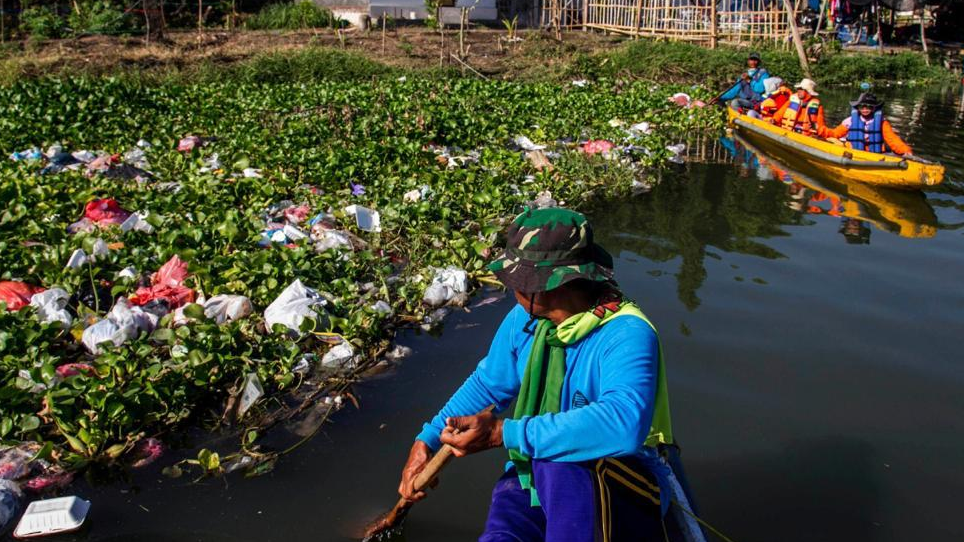 Fashion Revolution is now the world's largest fashion movement working towards a fair, clean, safe and more transparent industry. Carry Somers, the group's founder and global operations director has overseen the launch of an online course to educate consumers about sustainable fashion.

"We have to empower people," Somers told CGTN. "We have to make them realize that they have the power and the ability to create change and have a fashion revolution.

"Be curious, find out and do something about it. For instance, we have a really fantastic course called Fashion's Future and the Sustainable Development Goals. It's had over 30,000 learners now. And that's what we want people to say. 'We want to engage and to learn.' "