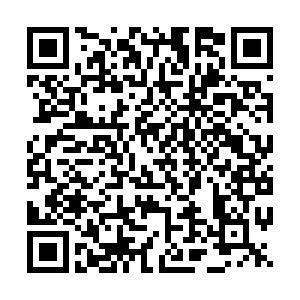 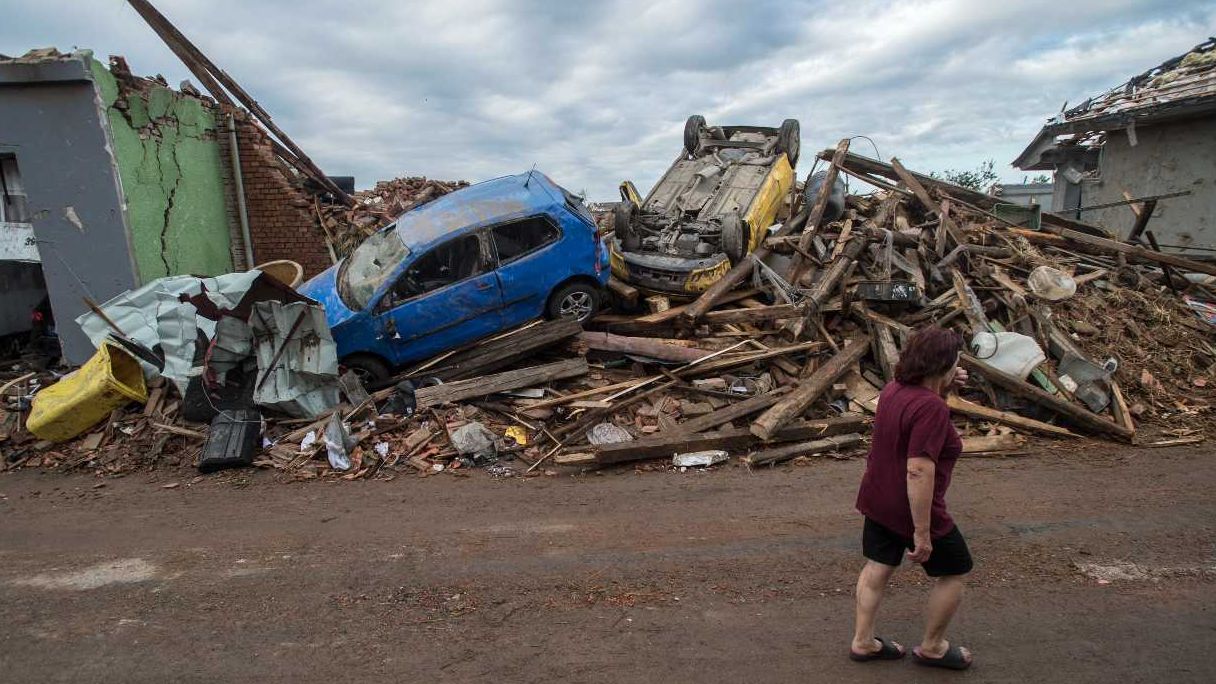 Cars and buildings destroyed in the village of Mikulcice. /Michal Cizek/AFP

Cars and buildings destroyed in the village of Mikulcice. /Michal Cizek/AFP

At least five people have died and hundreds have been injured after a tornado hit more than 1,000 homes in southeast Czechia.

Firefighters and a special rescue team were still searching on Friday for potential casualties after the tornado, which a Czech TV meteorologist estimated may have reached windspeeds as high as 300 km/h. 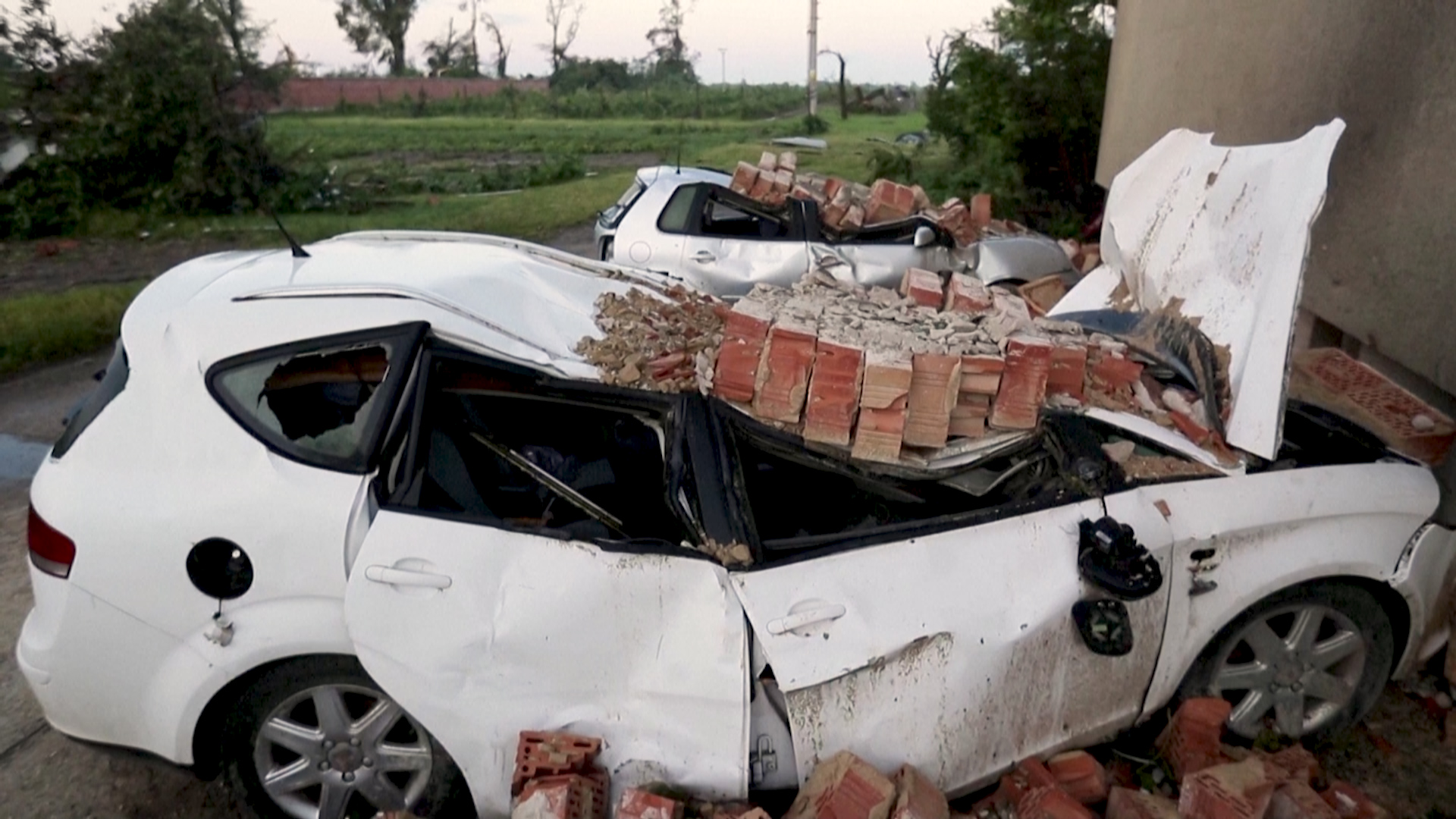 The tornado, accompanied by hailstones the size of tennis balls, struck several towns and villages including Hodonin, where, in addition to causing injuries, the extreme weather destroyed a retirement home and the local zoo.

Austrian and Slovak rescuers were helping out and the Czech army was deployed in the region.

Marek Babisz, deputy mayor of the village of Hrusky, population 1,600, told news site iDNES, a third of its houses were destroyed and church lost its belfry.

"Part of the village is leveled, only the perimeter walls without roofs, without windows, remain. The church has no roof, it has no tower, cars were hurled at family houses, people had nowhere to hide. The village from the church down practically ceased to exist," he said.

"A structural engineer and energy workers are now checking the worst-hit part of the village to determine which houses will be demolished and which ones can be saved," he said. Tornadoes are rare in Czechia, with the last major one in 2004.

Local emergency services spokeswoman Hedvika Kropackova told AFP that 63 injured people had been taken to hospital, with 10 of them in a serious condition.

"There will be more," she added, noting that more injured people were calling for help on Friday.

10 stories from China this week

A total of 78,000 households and companies were left without power on Friday.

Interior Minister Jan Hamacek said that more than 1,000 houses had been hit by the storm. 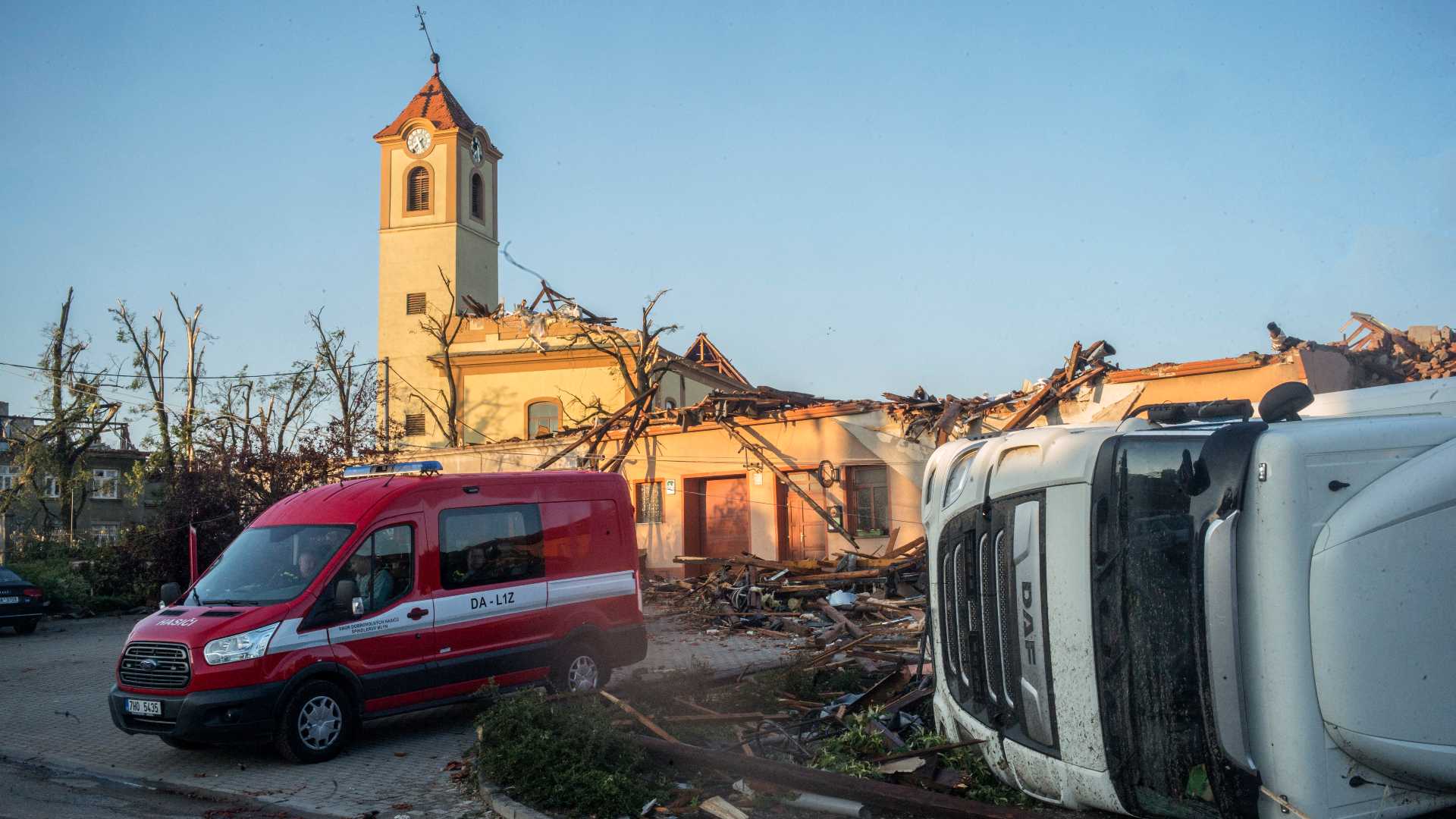 A truck on its side by a damaged church in the village of Moravska Nova Ves. /Michal Cizek / AFP

A truck on its side by a damaged church in the village of Moravska Nova Ves. /Michal Cizek / AFP

The hailstorm also damaged the chateau in the nearby town of Valtice, which is part of the UNESCO-listed Lednice-Valtice Cultural Landscape.

The storms forced Prime Minister Andrej Babis to remain in Brussels following Thursday's EU summit, as a landing in Prague would have been too dangerous.