Download
Give up power politics and face up to global challenges, China tells G7
CGTN 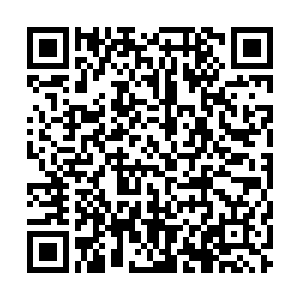 China has accused the G7 of "creating confrontation and friction" instead of promoting global cooperation against the COVID-19 pandemic and climate change.

* Calling for an extended investigation into the origins of the pandemic, specifically including in China;

* Speaking out against China's policies in Xinjiang and Hong Kong;

* Opposing any attempts to change the status quo in the South China Strait, which separates the Chinese mainland from the island of Taiwan.

China's embassy in the UK, which acted as host nation for the meeting, issued its own statement condemning the G7 communique.

"Stop slandering China, cease interfering in our internal affairs, stop infringing upon our interests and do more to promote international cooperation instead of creating confrontation and friction," the embassy's statement said.

Gadget garbage: What's being done to curb the soaring amount of 'e-waste'?

Kayakers save two eagles drowning in the Danube

Attempts to politicize the investigation into how COVID-19 first began to spread is counterproductive and undermines scientific research, the embassy spokesman pointed out.

China's policies in Xinjiang and Hong Kong are improving lives of people living there and are domestic matters over which Beijing has sole responsibility, he added.

On Taiwan, the embassy's statement emphasized that the island is an integral part of China, which would accept no other outcome than reunification.

The statement also defended China's economic record, pointing out that the country has underpinned global growth for years and is committed to opening up further, even as countries including the U.S. use security pretexts to discriminate against foreign businesses.

The G7 declaration was the first time the group has specifically taken aim at China. However, leaders also hailed their efforts towards tackling climate change and battling the pandemic, without mentioning China in those contexts.

"What the international community needs is cooperation and solidarity between all its members. However, what the world sees at the summit is a game of 'small circle' group politics and power politics," China's statement said.