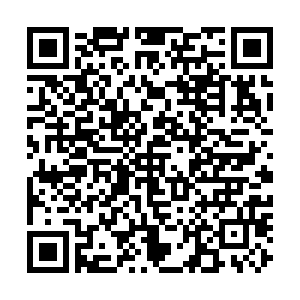 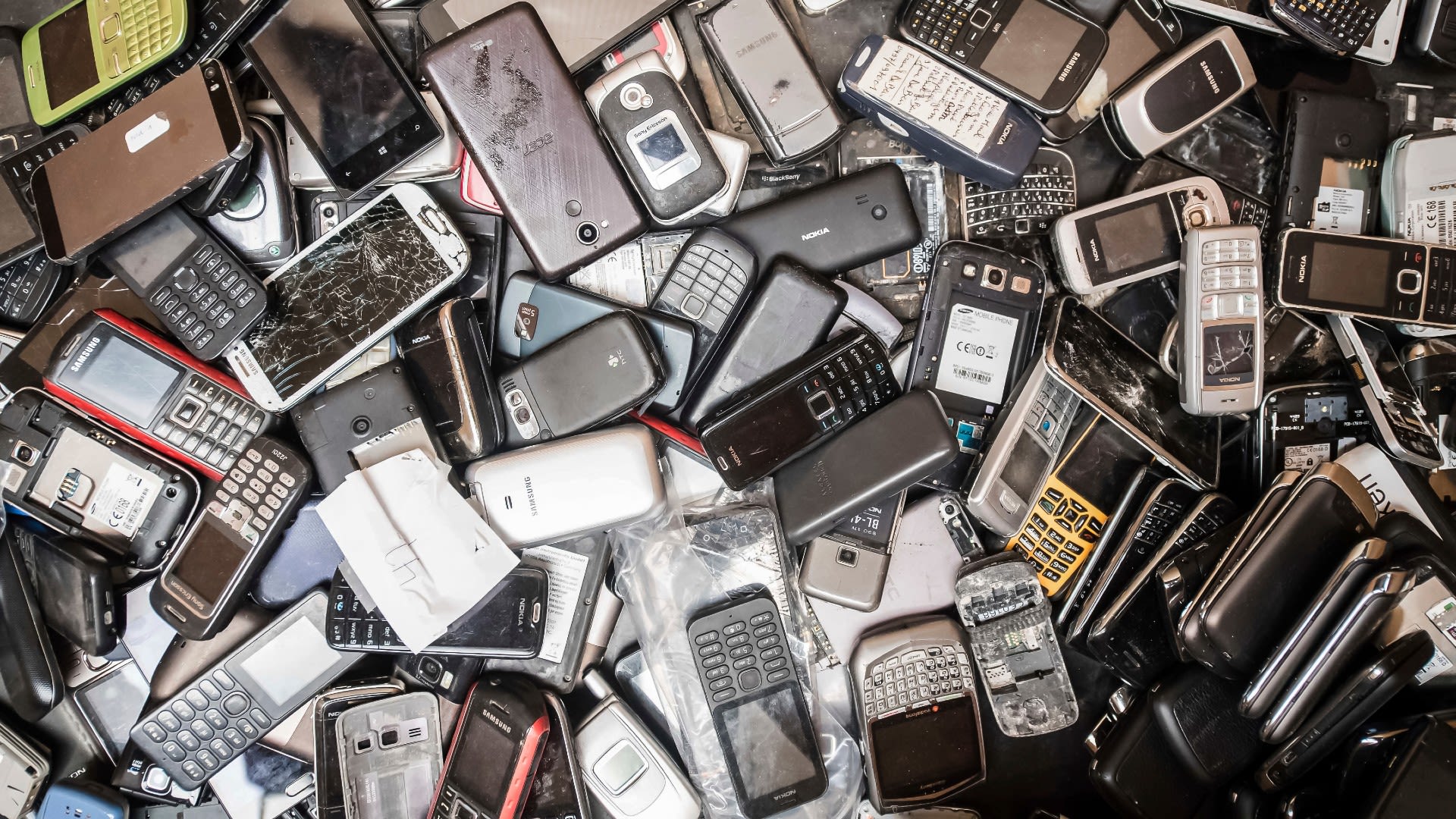 We consume more electrical goods than ever before. Whether it's through technological advances, planned obsolescence or consumer appetite, a record 53.6 million tonnes of "e-waste" was generated worldwide in 2019, with less than a fifth of it being recycled, according to the UN Global E-waste Monitor 2020. The report predicts that by 2030, global e-waste will reach a mind-blowing 74 million tonnes. 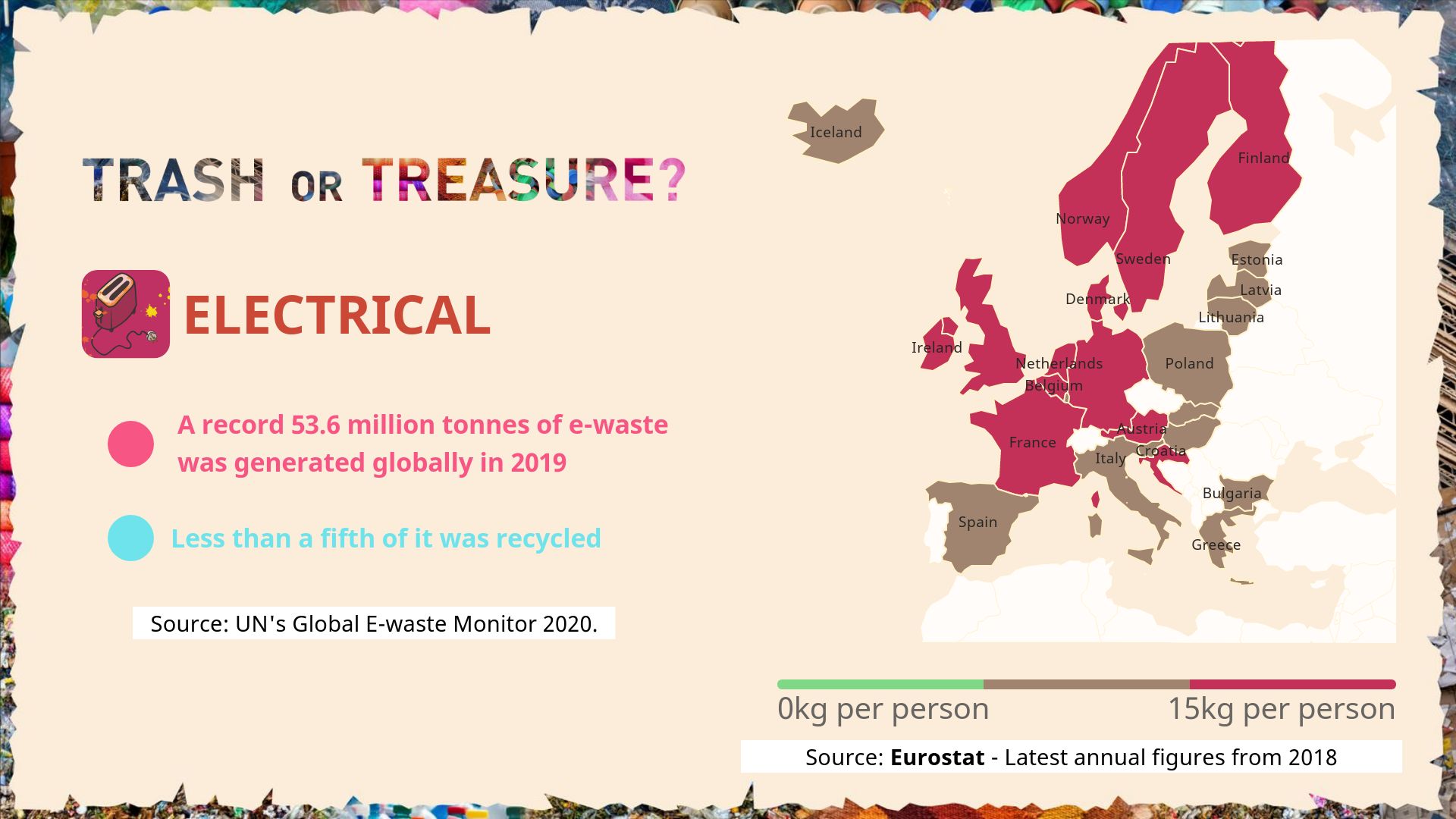 A sculpture of the G7 leaders shaped like Mount Rushmore and made of electronic waste was erected in Cornwall ahead of the G7 Summit in a bid to highlight the damage caused by the disposal of electronic devices. 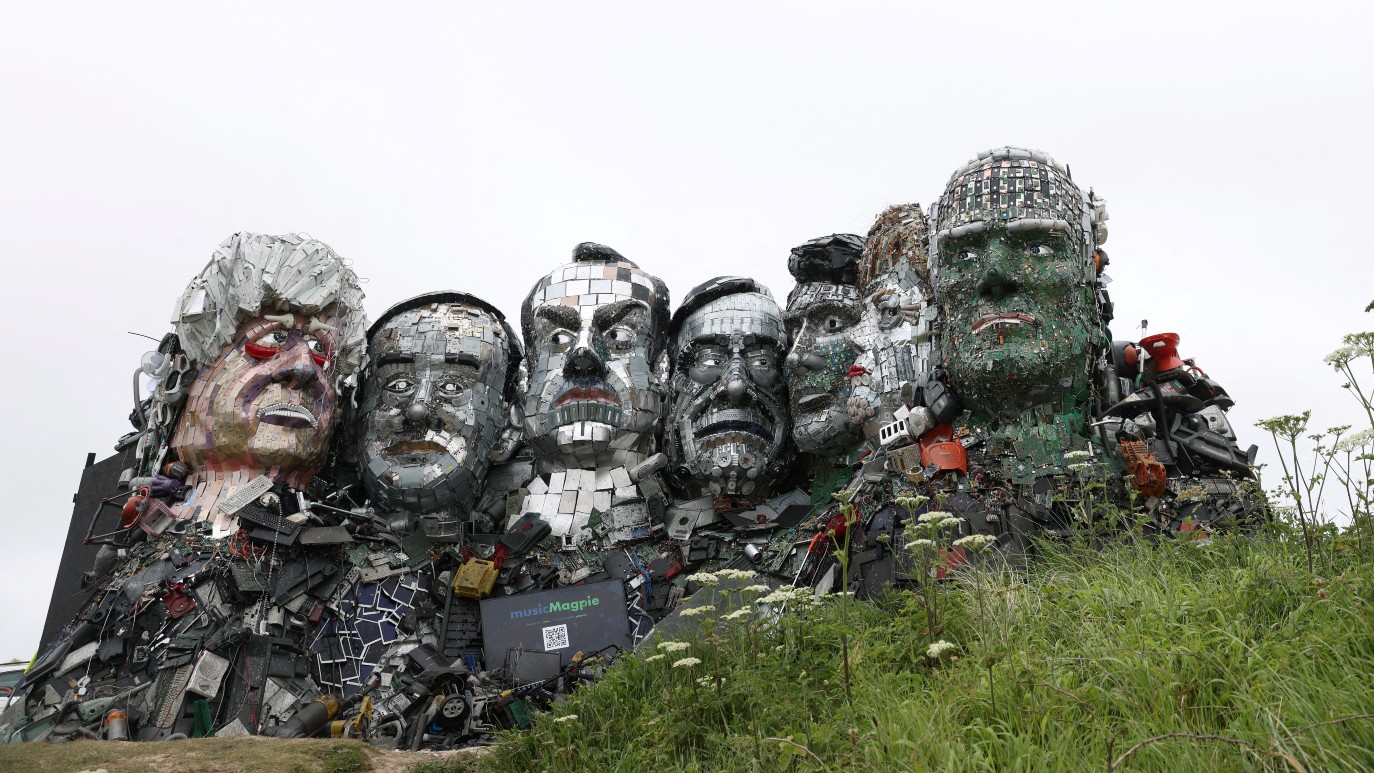 'Mount Recyclemore' a sculpture by Joe rush made of electronic waste depicting the G7 leaders shaped like Mount Rushmore. /Reuters

'Mount Recyclemore' a sculpture by Joe rush made of electronic waste depicting the G7 leaders shaped like Mount Rushmore. /Reuters

Sculptor Joe Rush was commissioned to create the artwork by musicMagpie.

The artist wrote on Instagram: "Our goal is to bring the global issue of e-waste to light as leaders of the world's most advanced economies prepare to discuss how to tackle climate change and build a greener future." 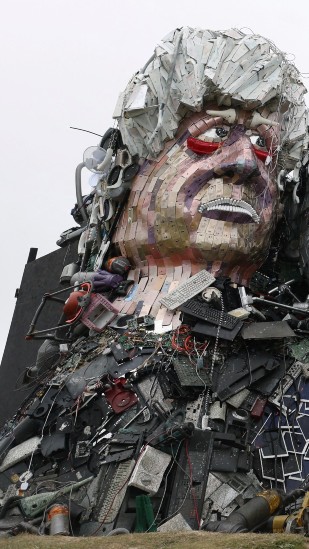 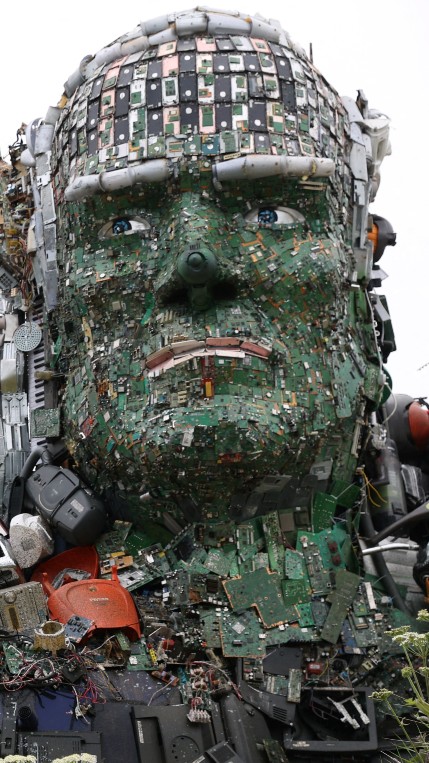 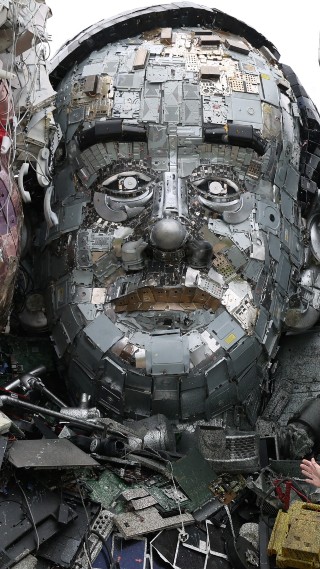 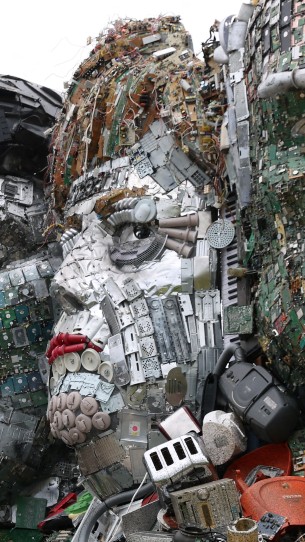 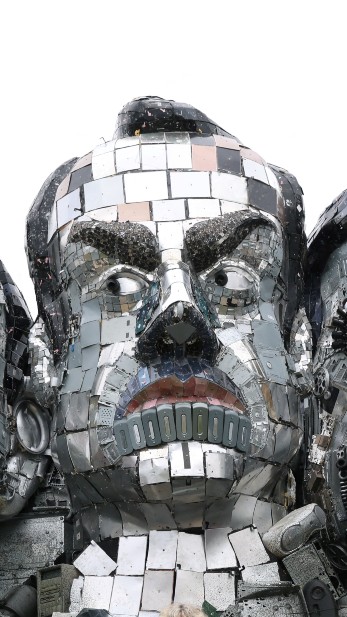 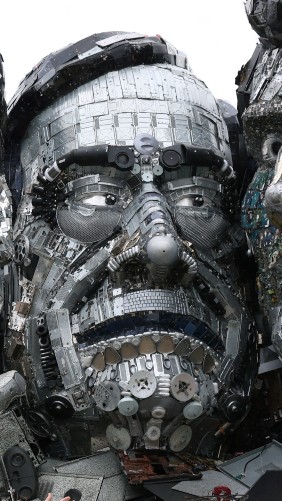 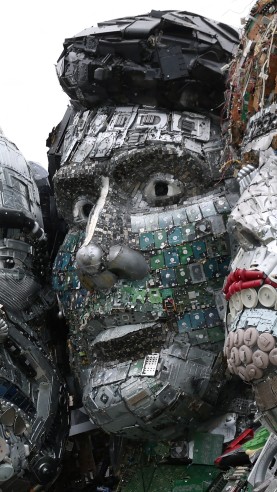 With the gadget garbage accumulating, innovative recycling schemes are springing up including a progressive project at Bollate prison in Milan, which illustrates that recycling, social inclusion and job creation can go hand-in-hand.

Some of the 1,400 inmates have the opportunity to learn new skills, such as recycling large unwanted household items – washing machines, cookers and dishwashers. Every week, two trucks of discarded electrical goods are dropped off for the prisoners to recycle, under careful supervision observing all the necessary health and safety procedures.

"The waste we give them has value," says Laura Castelli of Erion Professional, the non-profit collective that organizes the project. "We give it to them for free and they can find inside a lot of iron, some copper, aluminum and other things that have a value, and then they can sell it."

Participating inmates are carefully selected. "The prison management choose them on the basis of their crime, their prison behavior and the expected length of their detention," says Castelli. And the scheme is an attempt to rehabilitate them as well as helping to save the planet: while keeping the items out of landfill, the prisoners earn a living and possibly even learn a trade.

"It has an environmental aspect and a social aspect," Castelli adds. "We try to recover not only the waste, but even the person to give them the possibility to learn something they can sell." 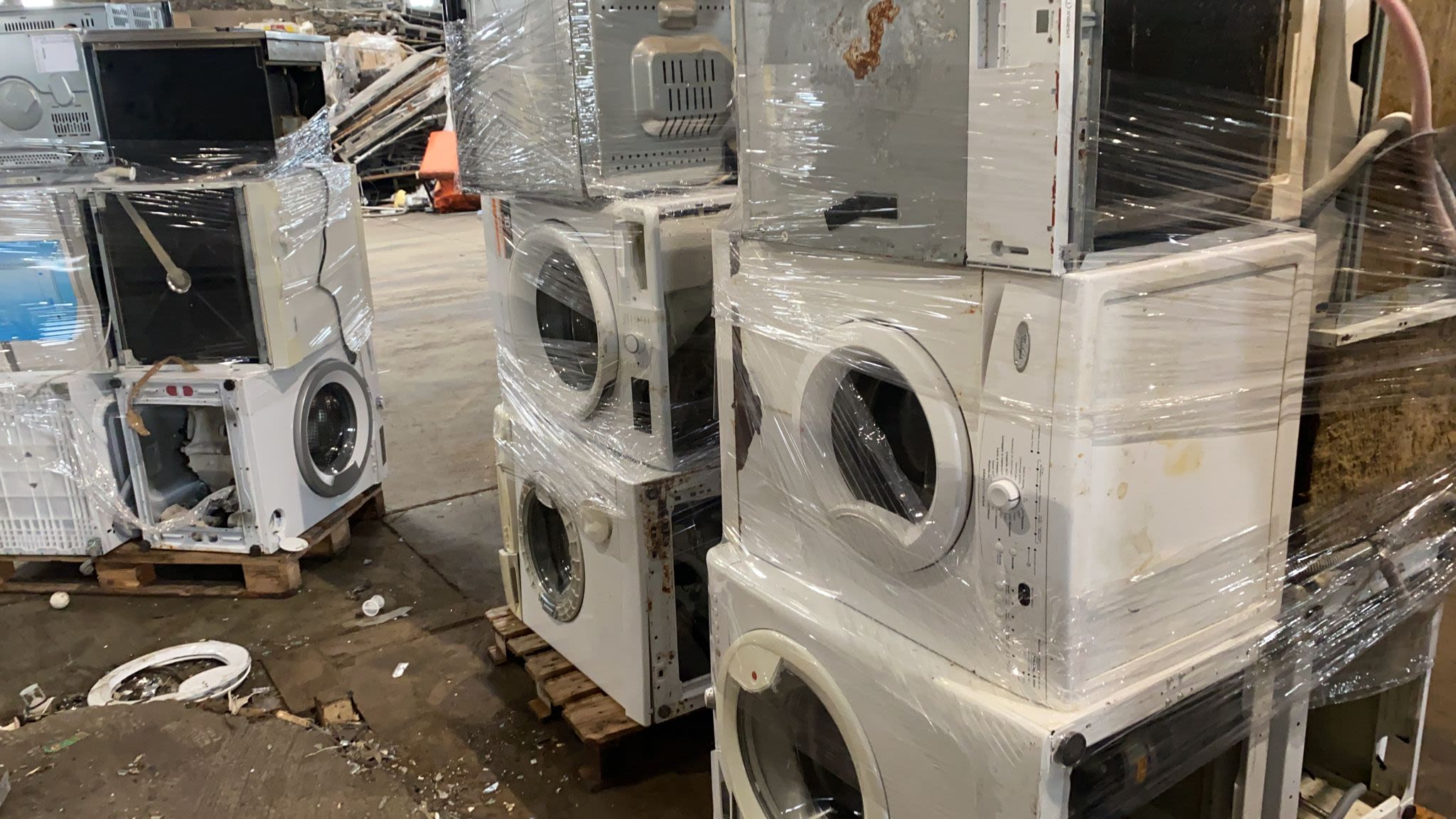 Meanwhile, in the U.S., a team at the University of Wisconsin is investigating whether the computer chips used in smartphones, tablets and other mobile devices could be made from a wood derivative called nanocellulose paper, rather than silicon.

"While we are enjoying these new phones, we are creating more and more electronic waste," says Jack Ma, the professor leading the project. "This is an issue that is escalating every year."

There could be huge environmental benefits if the team's wood-derived chips are a viable alternative. Traditional semiconductors contain non-biodegradable materials such as gallium arsenide, which can be harmful, especially in large quantities.

By contrast, Ma says wood-based chips are so safe that if you put them in a forest, they would biodegrade. "Basically, we can discard it into the soil – it won't make any pollution to the water resource," he explains.

All this potential game-changer needs now is some investment to scale up the process. "These chips are already ready to be used – the only concern is who will be the first one to use it," says Ma. "Quite a few investors have already begun to contact me."