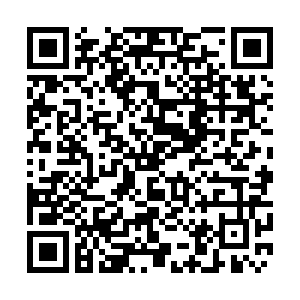 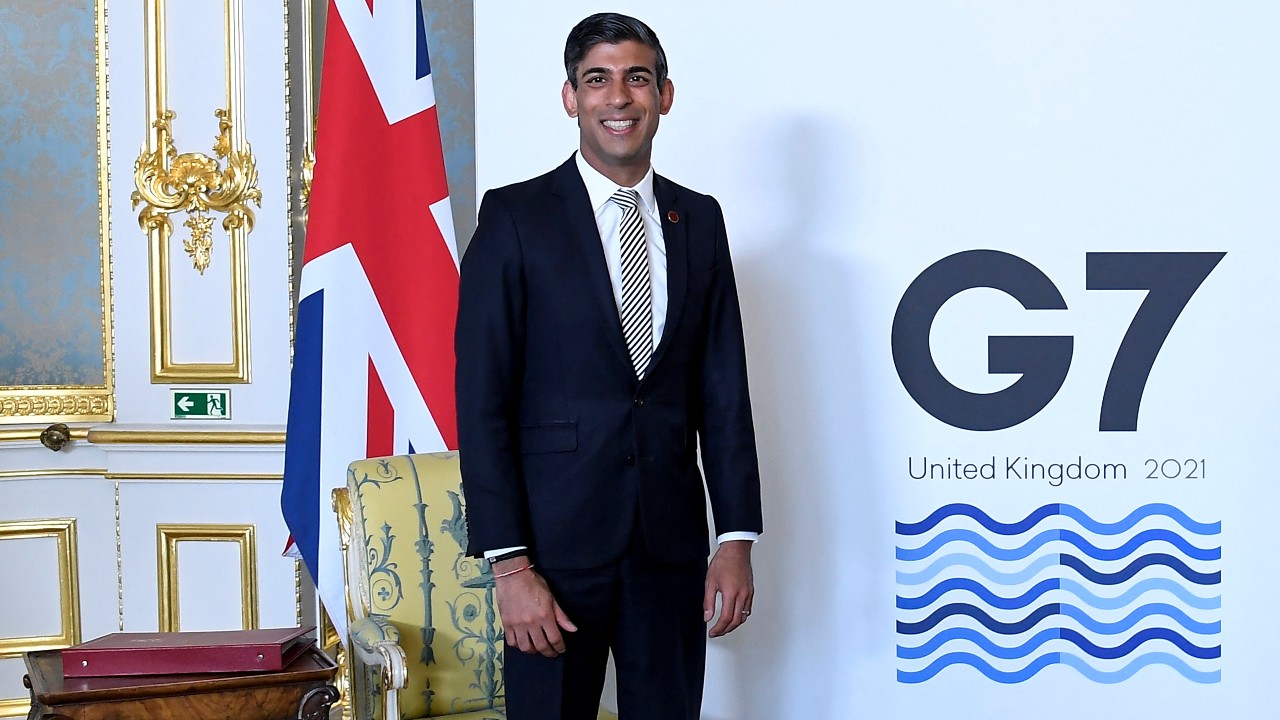 UK Prime Minister Boris Johnson faces a rebellion in Parliament over his Conservative party's plans to cut foreign aid expenditure. More than 30 Conservative lawmakers have said they will vote on Monday against the move to reduce Britain's expenditure below a previously pledged proportion of the country's wealth.

The UK government has said it will cut aid spending from the benchmark 0.7 percent of gross national income (GNI) to 0.5 percent, with finance minister Rishi Sunak blaming a "domestic fiscal emergency, when we need to prioritize our limited resources on jobs and public service."

Charities have understandably worried that the cuts will affect the vulnerable, while politicians from across the spectrum have criticized Britain for reneging on its decades-old spending pledge, which the country even enshrined into law in 2015. But how does the UK's overseas spending compare to other nations?

Who currently spends the most on overseas aid?

In April 2021, the Organisation for Economic Co-operation and Development (OECD) released details of expenditure in 2020 and 2019 by members of its Development Assistance Committee (DAC), a 30-member forum including many of the world's developed economies – 29 countries plus the EU.

Among those 29 countries, of which 23 are European, the UK was one of only six to hit the 0.7 percent benchmark in 2020. Sweden led the way by providing 1.14 percent of its GNI, followed by neighbor Norway (1.11 percent) and Luxembourg (1.02). Germany and Denmark each donated 0.73 percent of GNI, while the UK gave precisely 0.7 percent. The OECD report applauded Turkey, which is not a member of the DAC, for donating 1.12 percent.

Below the benchmark, European countries contributed a widely varying proportion of their wealth, from the Netherlands' 0.59 percent down through Switzerland (0.48), Belgium and Finland (each 0.47). Twelve European countries among the 23 in the DAC didn't get halfway to the 0.7 percent benchmark, and six didn't even get a quarter of the way there, with Portugal and Slovenia on 0.17 percent, Poland and Slovakia on 0.14 and Greece and Czechia allocating the least – 0.13 percent each.

The UK government's critics have claimed that reducing aid is an embarrassment while the country is hosting the G7 talks this week, (and in November the COP26 climate conference), but of the G7 nations only Germany and the UK hit the benchmark in 2020. France donated 0.53 percent of its GNI, Canada and Japan 0.31 percent, Italy 0.22 and the U.S. 0.17. 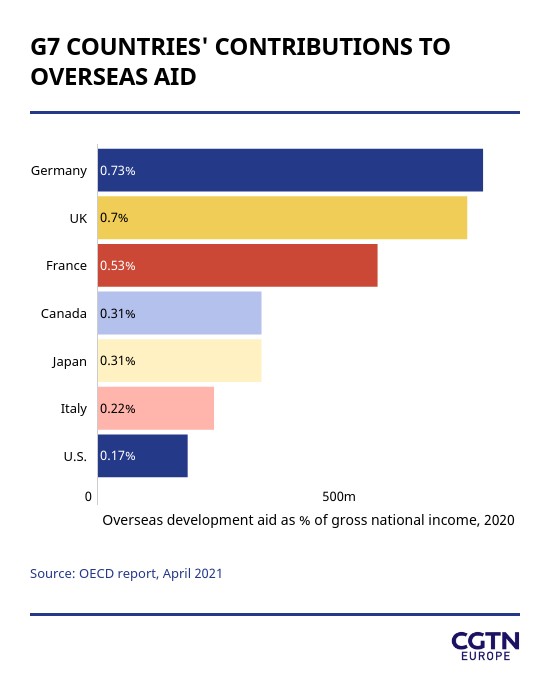 The UK is not the only country to consider cutting aid.

Norway has traditionally been a generous donor but late last year there were weeks of tense negotiations between the two parties in the ruling right-wing coalition. The junior partner Progress party wanted to dramatically cut foreign aid, but eventually ceded the point to its Conservative partner, rather than help center-left parties vote down the government's budget plans.

The EU's coronavirus-revised recovery budget, agreed last summer, will also affect overseas aid. Last September, the prominent Centre for European Reform think-tank warned that the bloc would now be "punching below its weight" in terms of aid.

In every country across the continent, politicians will be under pressure to balance the books – or at least cut down on the emergency expenditure caused by COVID-19's devastation of their economies. In many cases, it could be a popular move to claim to be concentrating on protecting domestic interests – and times of crisis can often shift the focus.

For instance, during the 2015 refugee crisis, various Scandinavian countries lived up to their reputation as traditionally generous overseas aid donors by accepting relatively large numbers of migrants. However, Finland, Norway, Sweden and Denmark then all prepared major budget cuts in aid to developing countries.

Each country will have its own decisions to make as it judges how much of its pandemic-affected budget it should allocate to overseas aid. The bitter debate around Britain's proposed reduction is likely to be repeated across a continent balancing generosity with its own recovery from COVID-19.