Download
How recyclable are plastics and where do they go when they leave our bins?
Elizabeth Mearns, Gary Parkinson 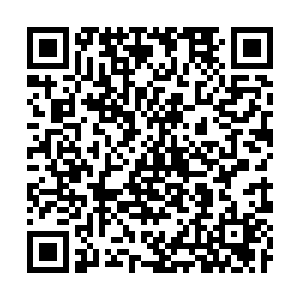 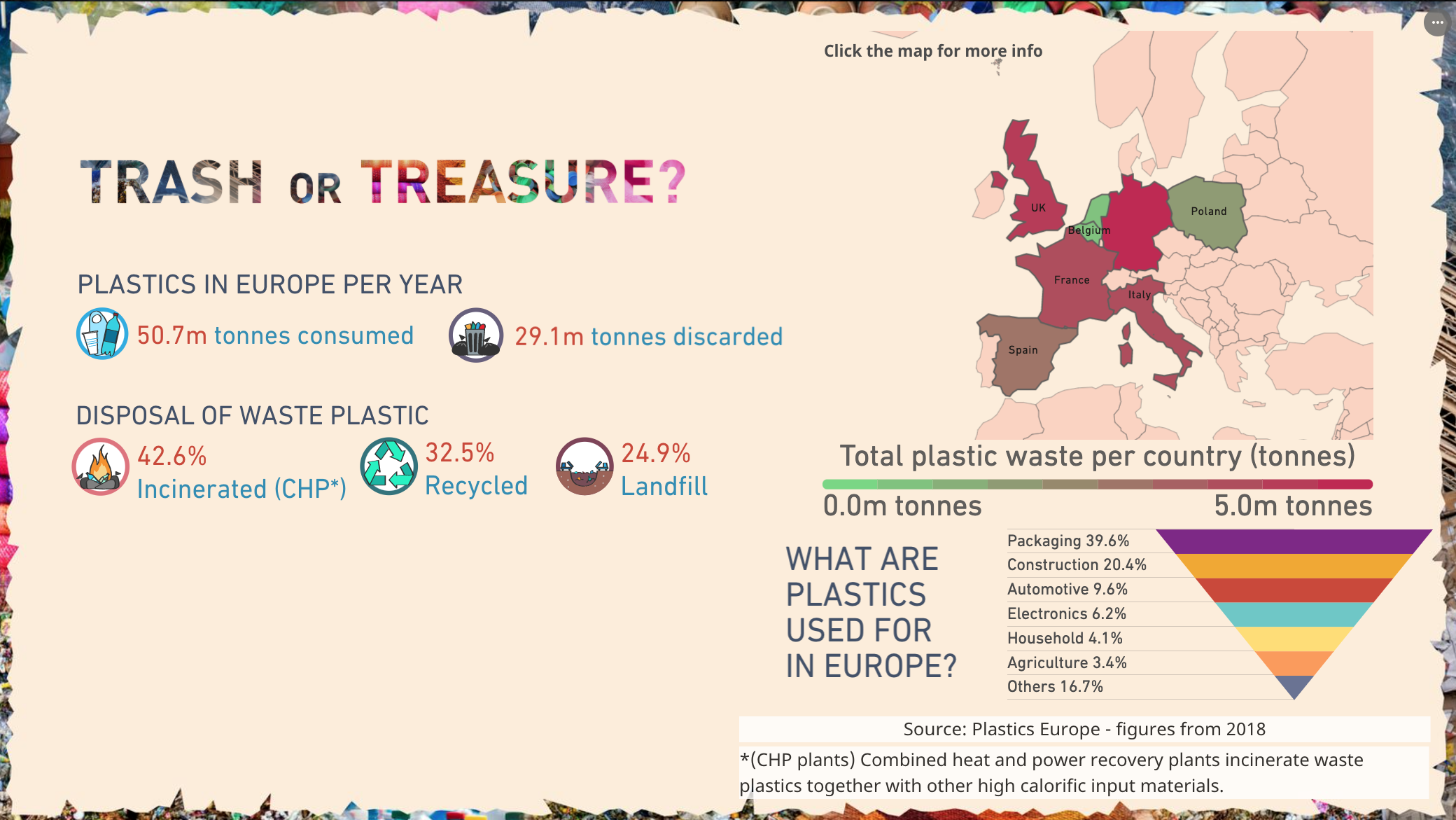 Only 30 percent of the 29.1 million tons of plastic waste generated in Europe gets recycled, estimates the European Parliament.

Considering the ever-increasing clamor for environmental responsibility, you may be surprised to learn that the consumption of plastics in Europe has not declined but continues to rise in the last couple of decades.

According to Plastics Europe, our plastic waste was 24.5 million tons in 2006 but had increased to 29.1 million tons in 2019 - a rise of 19%. The plastics industry is thriving, employing more than 1.5 million people around Europe and registering a turnover of more than $420 billion in 2019.

Technology has promised great strides in the disposal of plastics over the years but the reality is that plastics pollution has continued to blight European landscapes and pollute our rivers and oceans. The biggest source of plastics consumption – 39 percent of the 50.7 million tons consumed in Europe each year – is packaging. Plastic packaging is cheap, flexible and very useful in preserving our products in transit and keeping our takeaways warm and tidy – so it's a pity it's choking the planet.

What's in a German bin?

Munich-based CGTN correspondent Natalie Carney had a close look at her own bins. Germany has prided itself on recycling and waste disposal and Carney felt fairly confident that she would be pleased with the results.

However, on close inspection, she was surprised by what she found.

Many of the plastic items have the recycling sign and a number. But what does that mean? (scroll down for the short answer)

Carney is not alone in being confused about which plastics can and can't be recycled – the same conversation is had every day in millions of kitchens across Europe.

Germany is one of the world's biggest consumers of plastic but it can also boast the highest recycling rate.

Nearly 24 percent of all plastic produced in Europe is used in Germany but the country was named the world champion of recycling by the World Economic Forum in 2017.

Nevertheless, experts have questioned whether the official statistics on recycling reflect the reality of how much plastic waste actually makes it to the sorting facilities. 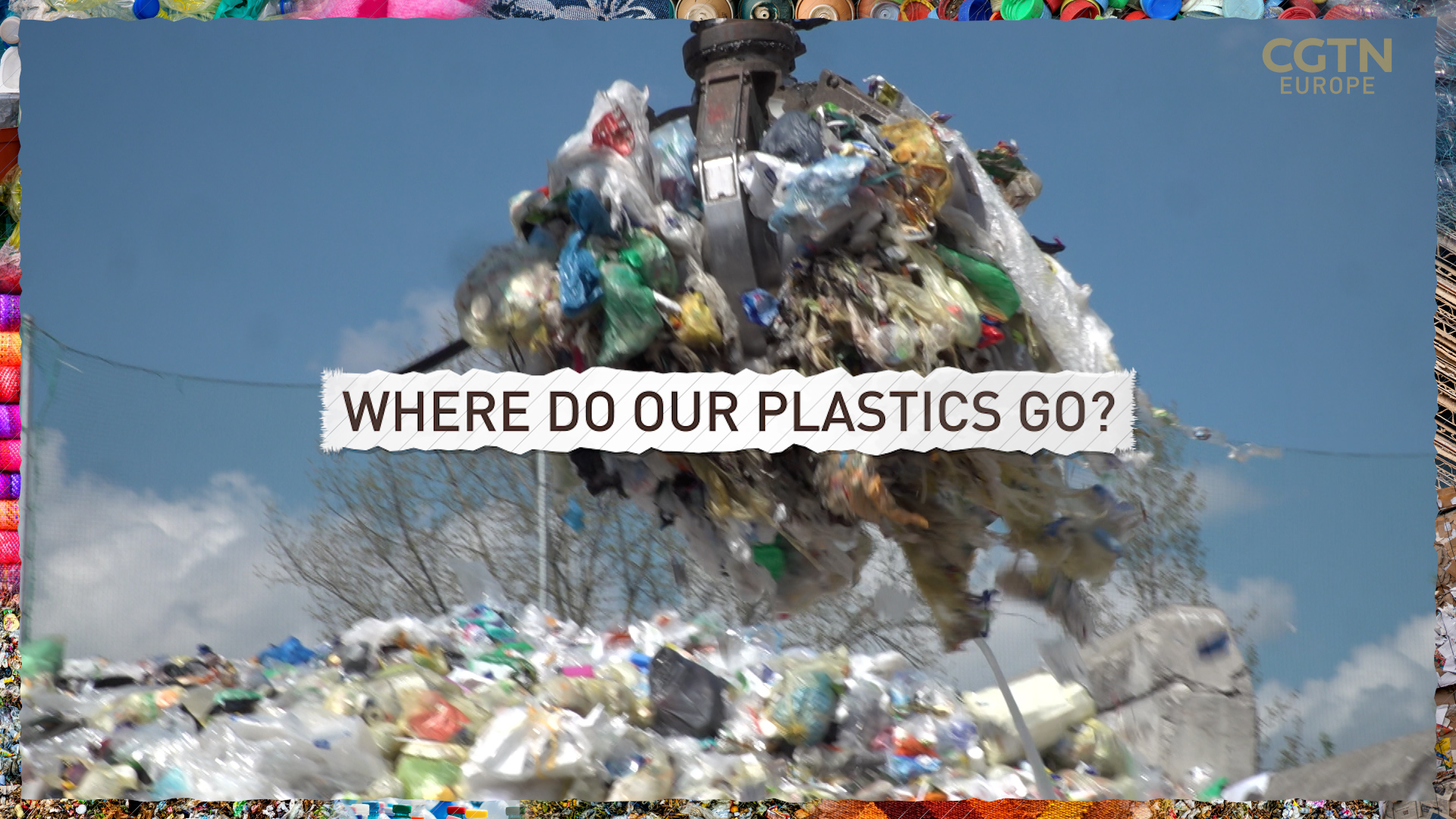 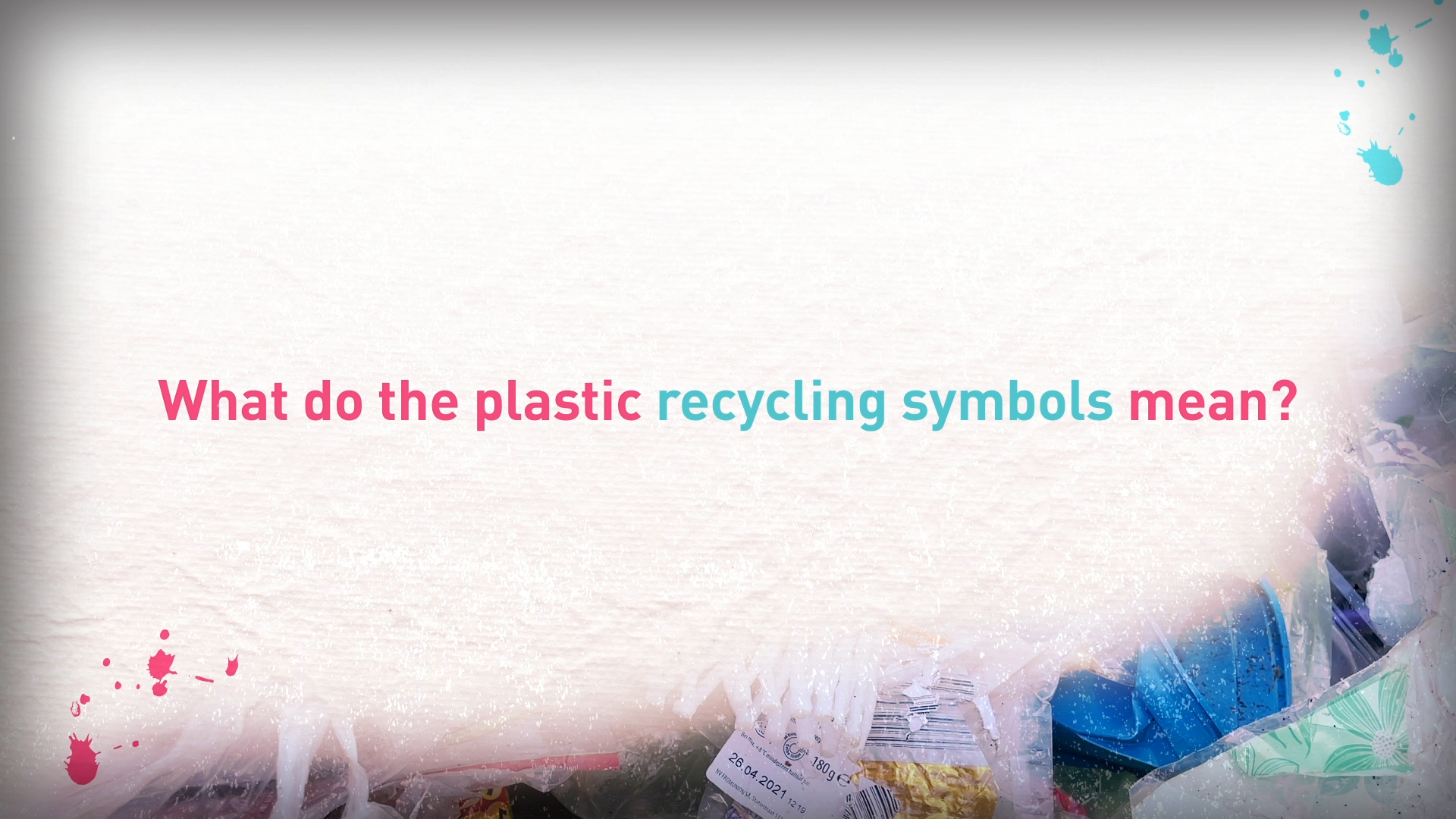 We're told that plastic is recyclable, but it's not as cut and dried as that. So when we buy goods in plastic packaging, how do we know if it is recyclable? What do the symbols mean?

Number 1 means it is polyethylene terephthalate (PET). It's used by most bottled drink manufacturers and it's easy to recycle into more PET products.

Number 2 is used for bleach, detergent, shampoo bottles and yoghurt pots. It can be recycled for the same products again and again.

Number 3 means the plastic is PVC. It's tough and weatherproof so it's not easy to recycle, but it can be used to produce mud-flaps, mats and car parts.

Number 4 is low-density polyethylene. We use it for food bags, shopping bags and magazine wrapping. It can easily be recycled into plastic bin liners and even some furniture.

Number 5 is polypropylene, often used to hold hot liquid – so often for those coffee cups. It's recycled into items like pallets, trays and food containers.

Number 6 is on protective packaging and insulation. It can be recycled to produce more packaging.

Number 7 is a different matter: Anything that has the symbol 7 is very difficult to recycle. You see this symbol on crisp packets, salad bags and any composites. This generally goes straight to landfill.

This plethora of plastic types complicates recycling, as does the variety of ways in which different countries treat waste.

"With plastic packaging, it's up to 40 percent that is recycled, but it's recycled according to different methodologies that are not always very clear," says Piotr Barczak, a senior policy officer for waste at the European Environmental Bureau and a spokesperson for Zero Waste Poland.

"So the real recycling rate would be less" than the headline 40 percent figure, he insists. And for non-packaging plastic products, "the recycling rate is even less – it's said that it's about 10-11 percent." 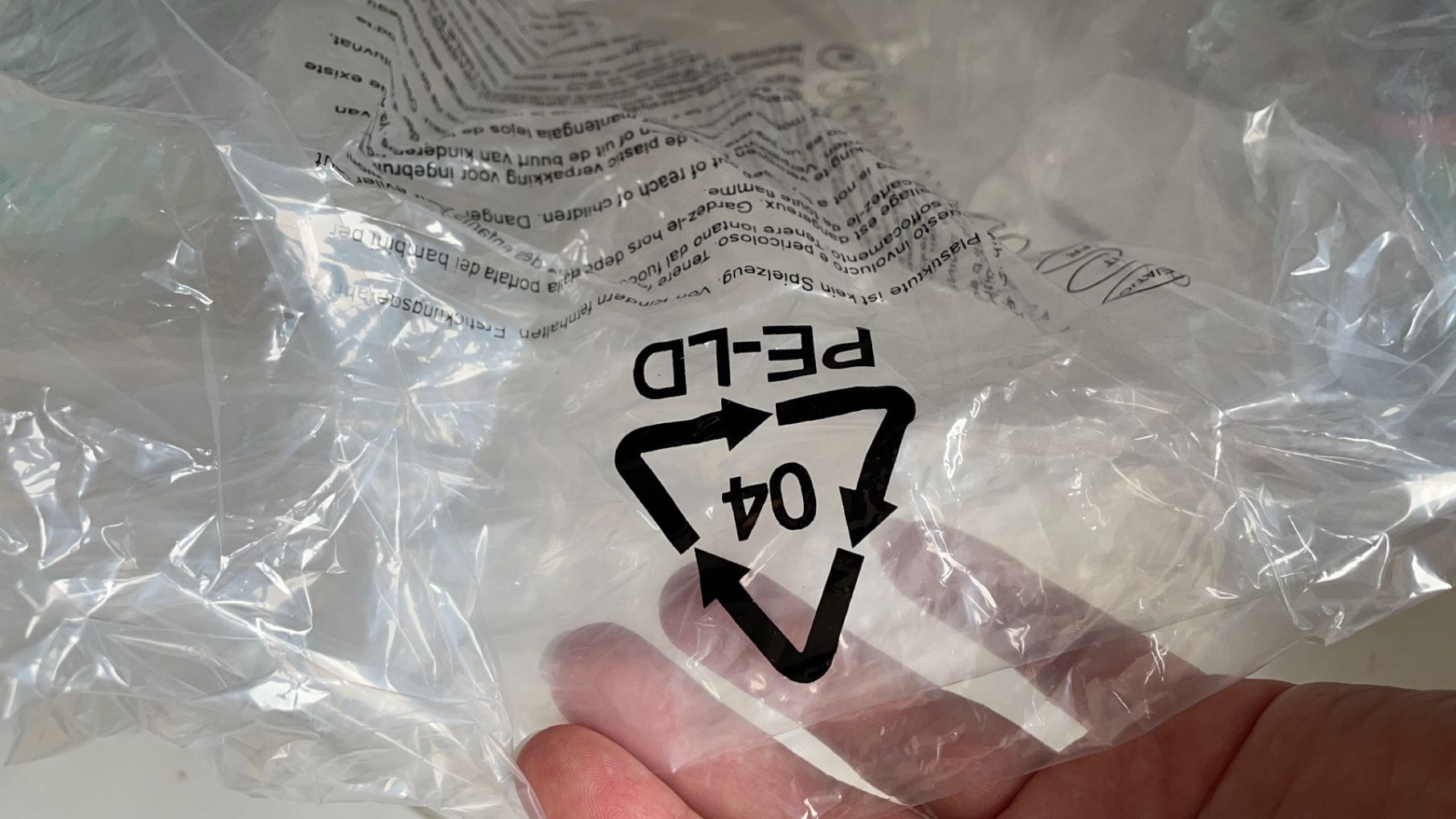 Many online products come in a lot of plastic packaging. /Natalie Carney

Many online products come in a lot of plastic packaging. /Natalie Carney

In 2008, European institutions allowed countries to use one of four different methodologies to measure their recycling targets – and those methodologies were neither directly comparable nor particularly accurate.

Countries could label everything collected separately as recycling, even if much of it ended in landfill or incineration. Another measure left it up to the individual countries to take into account losses during the process of recycling. A third method didn't account for recycling when it was sent to another country, and the transparency of the destination is lost when the trash leaves Europe.

These were huge loopholes, big enough to drive dumper trucks of waste through, which began to seriously impact the image of recycling dream. In 2018, the European Commission decided to move to one single methodology – now all member states must count their recycling at the final recycling stage. This aims to make recycling data directly comparable and more accurate.

Barczak believes this is the right decision. "It must be done at the legislation level. It's not about companies, it's about EU legislation that is then transposed into national legislation."

The European Commission has recognized that the situation requires a complete change in mindset.

"We have to focus on higher levels of the waste hierarchy, which is prevention, reuse and recycling and money will go only there from now on."

Waste is a tradable commodity and recently the export of Europe's recycling to poorer nations hit the headlines again.

CGTN Europe recently took an in-depth look at the failure of European nations to deal with their own recycling in 'The Answers Project podcast: Should countries be banned from exporting waste?'

They discovered that the UK sends more plastic waste to Turkey than to any other country, and it may not all be getting properly processed. Marine biologist Sedat Gundogdu's studies of the microplastics in the rivers and sea near his home in Adana, southern Turkey, have led to him joining the #BreakFreeFromPlastic movement.

"I discovered 10 different illegal dumping sites around the city," he tells CGTN, saying that excess plastic waste from Europe is "just abandoned and dumped." Gundogdu collects evidence and shows CGTN plastic waste bought from British supermarkets by consumers who recycled in good faith – and says he's also found waste from as far away as the U.S. and New Zealand. 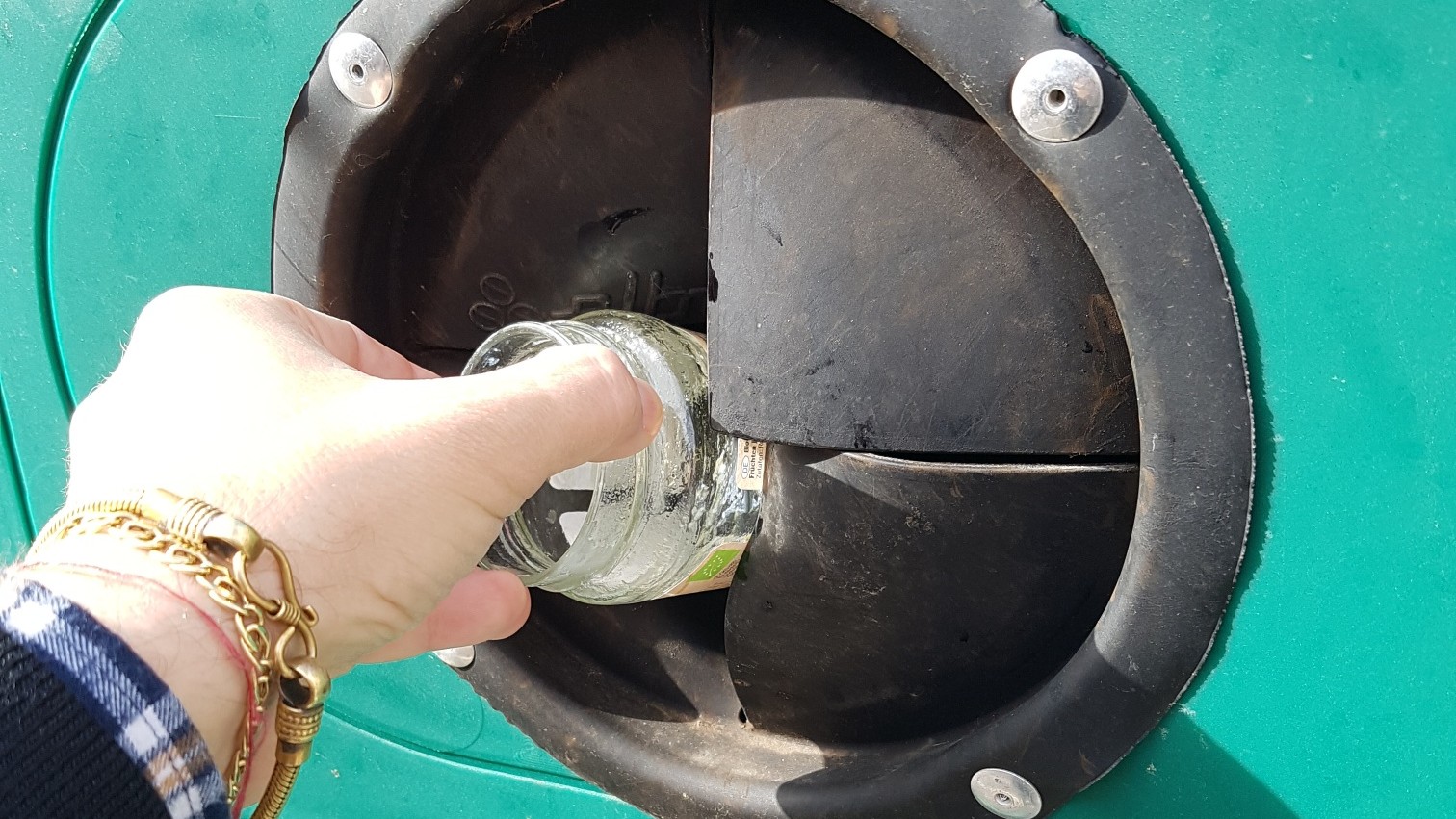 Better than the cure

Perhaps counterintuitively, Barczak thinks there should be less emphasis on recycling – compared to other options higher up the waste hierarchy.

"Let's think about recycling as a third option – the last resort," he pleads. "Before that we have prevention."

Barczak welcomes the idea of zero-waste food shops which eliminate packaging altogether. "There are more and more shops around Europe that sell in bulk: you take your own container."

He would also welcome a return to the old-fashioned nudge system of deposits on returnable drinks containers, whether it be beer bottles or soft drinks cans, but he thinks the burden of waste reduction shouldn't only rest upon consumers.

Extended Producer Responsibility is a waste management strategy designed to add all the environmental costs through a product's lifetime to its market price. True, that might push up the customer's bill at the till, but that could have a two-part benefit – either customers will buy less, or companies will curb their environmental footprints in order to keep prices down.

"The producer would pay less if they take effort to replace the toxic substances to make their product more durable or biodegradable," explains Barczak. "Banana leaves, or any kind of organic material, is a solution in situations where we still need single-use – maybe festivals."

But in most cases, he insists, we should aim for reusability. "It's nothing new – our grandparents knew that. It's very often a matter of coming back to solutions that we know."

This story is part of the CGTN Trash or Treasure special which looks at challenges and solutions for European waste. Find out more here.