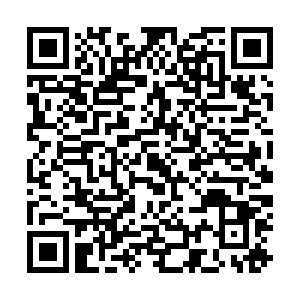 The UK government is willing to delay the fourth and final step out of England's lockdown set for June 21, according to health secretary Matt Hancock.

The date is when all social restrictions are due to be eased in the country as part of a roadmap that has seen rules gradually lifted since March.

But speaking to the BBC on Sunday, Hancock said officials were ready to push back the process "if that's what needs to happen".

With more than 40 million people receiving at least one dose of a coronavirus vaccine in the UK, the risk of hospitalization and death as a result of COVID-19 has reduced significantly.

But, in recent weeks, infections have risen sharply. According to government data, in the last 7 days, there were more than 31,000 new cases - a 46 percent rise on the previous week.

That has led to concerns that opening up further will spread the virus, in particular, the Delta variant first discovered in India.

Throughout recent months, prime minister Boris Johnson has said the roadmap will be determined by "data, not dates".

But a delay would be especially damaging for sectors of the economy that have been forced to remain shut.

For example, pubs and restaurants are only allowed to serve customers at tables and nightclubs remain closed.

Trade groups including UK Hospitality and the British Beer and Pub Association warn a further delay could mean more job losses and businesses shutting down.

More immediately, Johnson will focus on welcoming world leaders at the G7 summit in Cornwall in south-west England from June 11-13.

Ahead of the summit, he's called on the countries to agree to vaccinate all of the world's population against coronavirus by the end of next year.

The World Health Organization (W.H.O.) welcomed the move. Its special envoy for COVID-19, David Nabarro, said it would allow countries to start using vaccines "to help the world get ahead of this pandemic rather than focusing on the interests of individual nations".

According to the W.H.O., of the 1.8 billion jabs administered globally, just 0.4% were in low income countries.