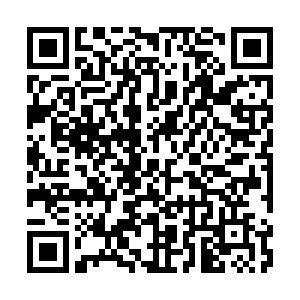 As the G7 leaders' summit approaches, the UK government is setting the stage for the inevitable discussions on the pandemic and how the world should move forward and how much of that will be under G7 influence and leadership.

The vaccine program is under way in most parts of the world and it is a matter of record now that there are glaring inequalities in its execution.

This issue was central to a remote conference organized by Covax in Geneva during which many nation states and non-governmental organizations pledged large sums of funding and vaccine doses to help rebalance the situation.

But in Oxford in the UK an alternative conference has started.

This is the Global Vaccine Confidence Summit, which the UK is hosting and sees countries discuss and compare tips on vaccine rollouts.

The health minister, Matt Hancock, was clear that attention was increasingly turning towards making the vaccine rollout more global. He said that 500,000 doses of the Oxford-developed AstraZeneca vaccine had now been shipped to lower income countries.

But he also lashed out at the growing incidence of misinformation which he called a "deadly threat."

He warned that "fake news travels fast," and that the international challenge of vaccine hesitancy threatened to create a "worldwide pandemic of misinformation."

"We don't give anti-vaxxers the oxygen of publicity," he said, adding openness and honesty and was critical to countering skepticism, such as being "upfront and completely transparent" about the extremely rare serious side effects.

It is clear that trust in vaccines and medicines in general varies widely between different countries and different generations.

Some polls suggest that in the U.S. one in three members of the population is potentially resistant to the idea of a vaccination.

In his opening address Hancock talked about the importance of trust and openness in instilling confidence in the public.

He said it was important to be clear about "what we know as well as what we don't know." His remarks follow last weekend's march through London by hundreds of so-called anti-vaxxers protesting the lockdown, the wearing of masks, and vaccinations.

These concerns are likely to dominate the G7 Health Ministers meeting, also in Oxford, scheduled for Thursday.