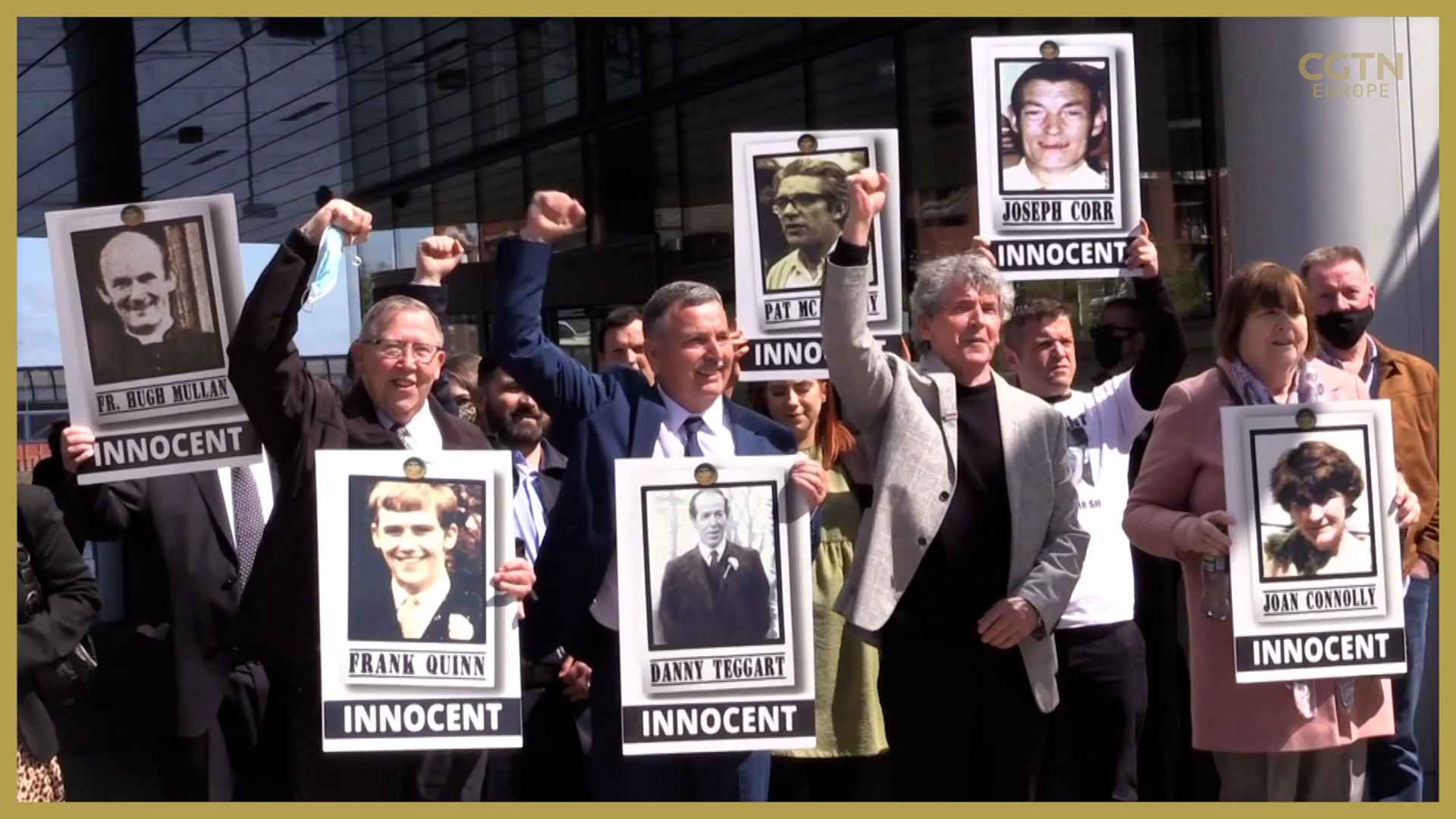 After 50 years of campaigning, the families of 10 people shot dead in Belfast, who included a priest and a mother, gathered to hear their innocence made official following an inquest.

They applauded when they heard a coroner's ruling of disproportionate force. The inquest began in November 2018 and examined the deaths in the Ballymurphy area of west Belfast in August 1971.

The shootings happened after an operation in which paramilitary suspects were detained without trial.

The coroner said nine of the 10 victims were killed by the army.

"What is very clear, is that all of the deceased in the series of inquests were entirely innocent of wrongdoing on the day in question," said High Court judge, Justice Keegan.

Inquests were held into the deaths in 1972, but they were separate and returned open verdicts. The new inquests have been held together.

Naomi Long, minister of justice in the Northern Ireland Executive, tweeted that the families have "had to battle too hard and too long" to hear Tuesday's verdict.

The army unit involved was implicated in the Bloody Sunday shootings in Londonderry, five months later in which 14 civilians were killed. The Ballymurphy families react after the inquest in Belfast, Northern Ireland. /AP/Peter Morrison

The Ballymurphy families react after the inquest in Belfast, Northern Ireland. /AP/Peter Morrison

The ruling comes on the same day Queen Elizabeth II officially opened the UK parliament in a socially distanced ceremony to lay out the government's plans for the coming year. Her speech included legislation on Northern Ireland's troubled history.

"My ministers will promote the strength and integrity of the Union. Measures will be brought forward to strengthen devolved government in Northern Ireland and address the legacy of the past."

That's likely to mean a statute of limitations and an end to historical prosecutions. But the UK government will face resistance to what is effectively an amnesty for soldiers and terrorists alike.

The plan, however, will need support from politicians in Ireland to help influence nationalists in the North to accept such legislation without pushing back. Rita Bonner holds a photograph of her brother John Laverty who was shot in Ballymurphy. /AP/Peter Morrison

Rita Bonner holds a photograph of her brother John Laverty who was shot in Ballymurphy. /AP/Peter Morrison

The Good Friday Agreement drew a line under much of the violence of the "Troubles," with many prisoners released from jail and prosecutions dropped.

But government protection for the armed forces, even after 50 years, will be a difficult sell.

The families of those who died in Ballymurphy will be hoping their ruling paves the way for prosecutions. The fallout from the violence of the 1970s still needs delicate handling.