- UK Prime Minister Boris Johnson is expected to confirm today the reopening of indoor venues in England on May 17. From the same day, the long ban on international travel will also be lifted and people will be allowed to hug again. The country is also celebrating the record of 15m people fully vaccinated.

- BioNTech said that there is 'no evidence' that its COVID-19 vaccine developed with Pfizer would not be effective against variants of the virus, though the company stands ready to tweak the vaccine if necessary.

- Ireland started a phased reopening of non-essential retail today, with click-and-collect services and in-store appointments allowed, which will conclude with the full reopening of retail next Monday. Three households can also now meet outdoors.

- France is set to reopen outdoor bars and restaurants on May 19.

- Spain's six-month-long state of emergency expired at midnight, leaving the regional authorities in charge of deciding the next measures. The end of the state of emergency has been met with celebrations in many cities across the country.

- The EU has not yet renewed its contract with AstraZeneca beyond June and it seems unlikely it will as it just signed a new contract for vaccine supply with Pfizer.

- Norway will not administer COVID-19 vaccines made by AstraZeneca and Johnson & Johnson to its population as part of its official vaccination program due to a risk of rare but harmful side effects, as officially announced by a government-appointed commission on Monday. The two vaccines will still be available to those volunteering to take them.

- Germany has lifted prioritization of the Johnson & Johnson vaccine, with Health Minister Jens Spahn saying that anyone who wishes to receive a dose of the vaccine will be able to do so on doctor's advice.

- Pope Francis has joined the chorus of voices asking for big pharmaceutical companies to suspend COVID-19 vaccine patents in order to help low- and middle-income countries struggling with vaccination programs.

- Nepal is asking hundreds of Himalayan climbers and sherpas to bring back their empty oxygen tanks so they can be refilled and reused for COVID-19 patients in need. "We need about 25,000 oxygen cylinders immediately to save people from dying," said health ministry official Samir Kumar Adhikari.

- As the number of new COVID-19 cases rises in Nepal, China is set to draw a separation line on the peak of Mount Everest to avoid potentially infected climbers entering the country and spreading the virus.

- Taiwan announced it will quarantine for 14 days all personnel of China Airlines, which is headquartered on the island, after an outbreak of infections among the company's staff.

- Malaysia is about to enter a month-long national lockdown, as cases rise in the country. Social gatherings will be banned and schools closed, though the economy will remain open.

- Travelers from Bangladesh, Pakistan, Nepal and Sri Lanka will be forbidden entry to the United Arab Emirates starting Wednesday over COVID-19 infection concerns.

The French vaccination campaign is now open to those in good health over the age of 50. People between the ages of 16 and 49 can already get a shot if they have a serious underlying health condition.

The number of people in hospital in France is decreasing, with the number of COVID-19 patients in intensive care also dropping and now below 5,000 (compared with 6,000 during the third wave peak).

Also on Monday, MPs will debate a government bill to end the COVID-19 crisis, which provides for the gradual lifting of restrictions. The bill will continue to grant the government "health police powers" from June 2 to October 31. MPs will also debate questions over the health pass/digital vaccination certificate.

On Sunday, Hungary's number of daily COVID-19 deaths dropped below 100 for the first time since February. While it may be due to a lag in data over the weekend, infections and hospitalizations have been steadily declining over the past few weeks.

On Monday, secondary school students can return to the classroom for the first time since November last year, following primary and kindergarten classes resuming on April 19.

Restrictions have also been lifted for the younger grades attending sports facilities, swimming pools and other leisure activities as part of physical education classes and excursions. 16 to 18-year-olds can continue registering online for a COVID-19 vaccine appointment. Teenagers will begin receiving the Pfizer vaccine from Thursday this week. 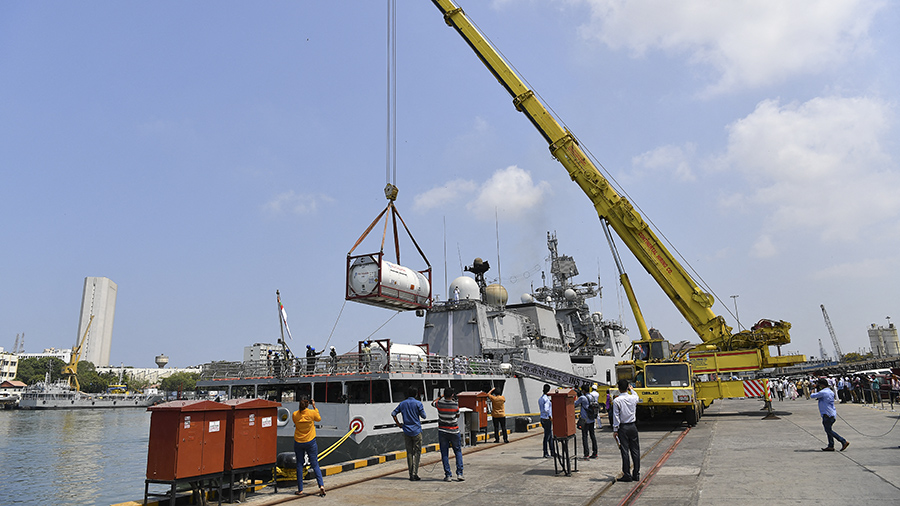 In an interview with France Inter radio, Internal Market Commissioner Thierry Breton said the EU has not renewed its contract with AstraZeneca beyond June, saying Brussels would "see what happens." One thing definitely about to happen is a court hearing.

The Commission launched legal action against the Anglo-Swedish vaccine maker last month over chronic delivery shortfalls and another round of hearings is scheduled for May 26.

While dropping AstraZeneca from its portfolio, Europe looks to become even more dependent on the Pfizer-BioNTech jab. Over the weekend, it signed a deal for up to 1.8 billion doses through 2023 to cover booster shots. The contract also gives Europe the rights to donate or resell doses.

After a cabinet review of the data and likely approval, Prime Minister Boris Johnson is expected this afternoon to announce the lockdown changes scheduled for Monday, May 17.

It's likely to mean groups of 30 will be allowed to meet outdoors, six people indoors, pubs and restaurants will be able to serve indoors again and theaters and cinemas will reopen.

With infections at their lowest since September, the public can expect the go-ahead for large events, including weddings and funerals, with limits on numbers, but also hotels will finally open their doors again.

It's also likely that indoor sports and some holidays abroad will get the green light.

Johnson is also expected to say people can hug friends and family outside their households for the first time in more than a year.

CGTN America: Production losses for Hollywood amid the COVID-19 pandemic