Download
Why are protesters marching against the French government's response to climate change?
Katherine Berjikian 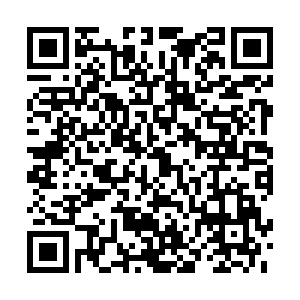 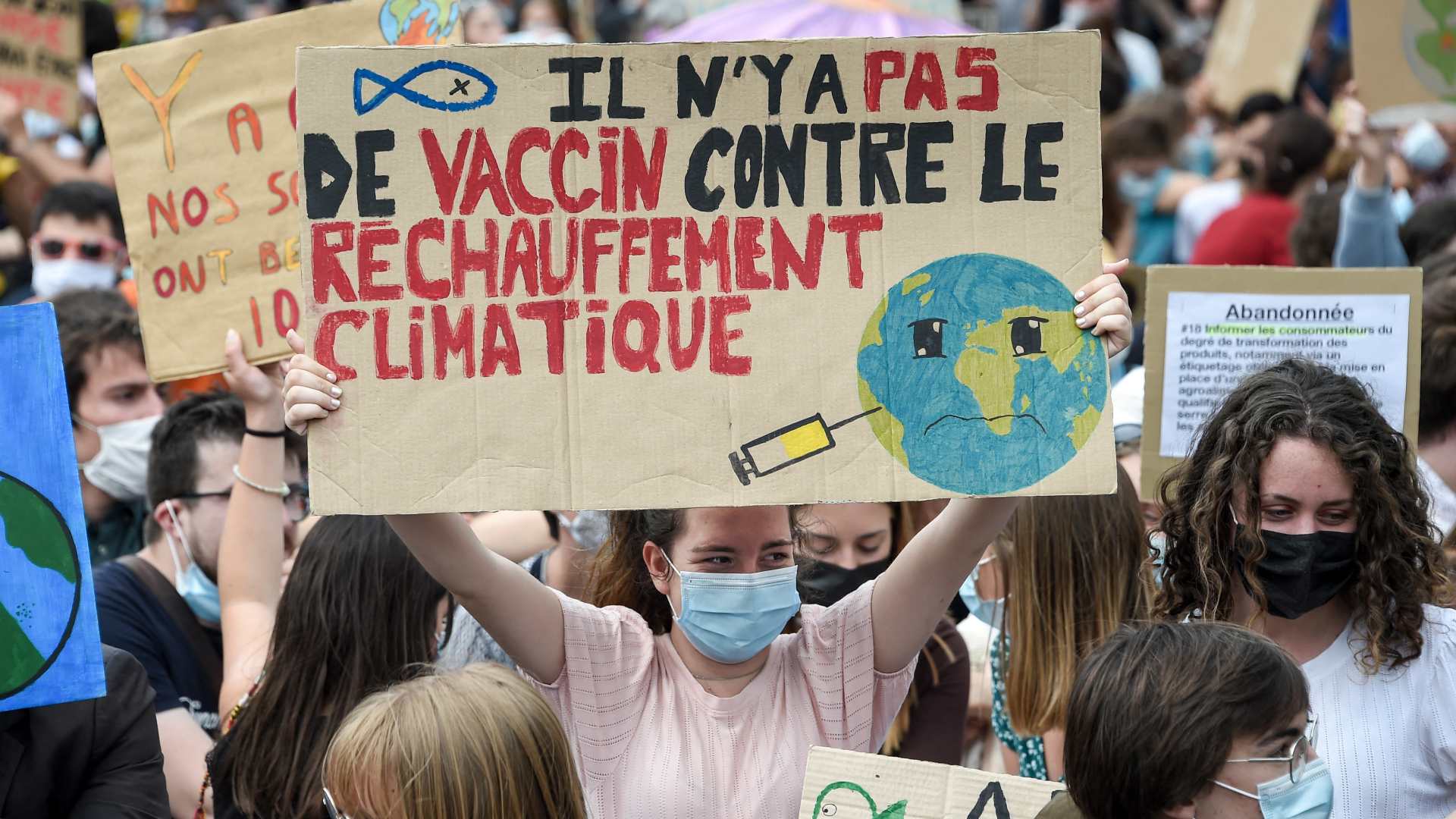 A protester holding a sign that says "there is no vaccine against global warming" in Nantes, France. /AFP/ Sebastien Salom-Gomis

A protester holding a sign that says "there is no vaccine against global warming" in Nantes, France. /AFP/ Sebastien Salom-Gomis

Thousands of  people protested across France against the government's response to climate change on Sunday, as reports emerged that an attempt to enshrine the country's obligation to preserve the environment in the constitution was dead in the water.

The protesters' main target was a controversial climate change bill that passed through France's National Assembly on Tuesday.

"Our message today is to show citizens this law's lack of ambition on tackling climate change, to show that the better we mobilize here for this march, the more we will be heard by the government," Yohan Garnier, a protester in Paris, told Reuters.

The bill is a product of the Citizen's Convention for the Climate (CCC), a group of 150 randomly selected people who were tasked with outlining how France should combat climate change.

However, several of the members have accused the French president of diluting their proposals, and the climate change bill has been heavily criticized for not doing enough.

For example, the proposed legislation proposes to cut carbon emissions by 40 percent by 2030 compared to 1990 levels, which is below the EU's proposal to cut emissions by 55 percent by the same year. 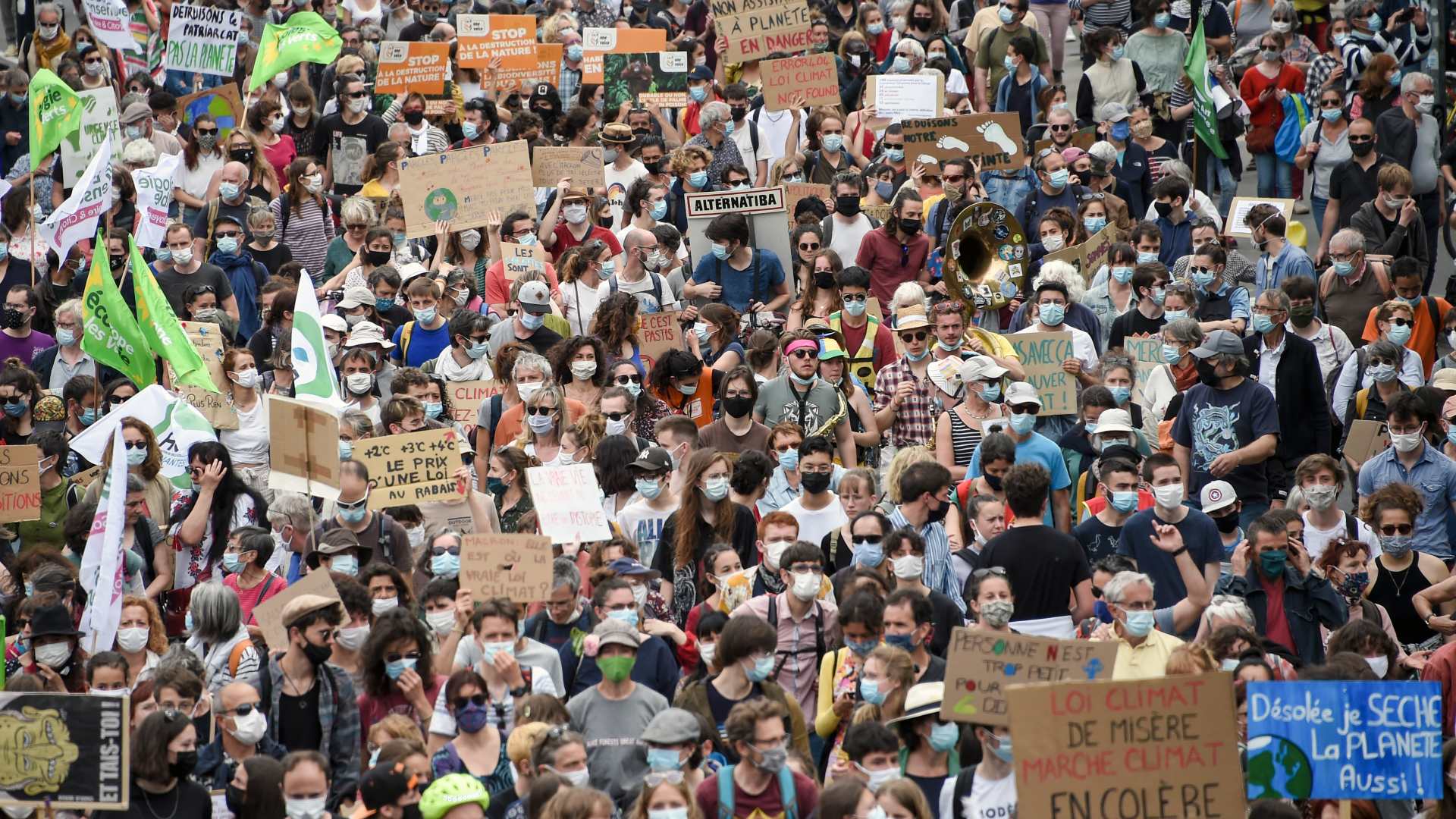 Jean-Francois Julliard, head of Greenpeace France, described the legislation as: "A law that might have been adequate 15 years ago, when the climate emergency was less pressing.

"In 2021, it will not be enough to effectively tackle global warming."

The bill's other components include a ban on gas heaters on restaurant terraces and prohibiting the building of new airports. It still has to pass through the senate and the lower house before it's enacted into law.

The protests were also happening as the French weekly paper, JDD, reported that a proposed constitutional amendment would not make it past the Senate.

The proposal would add the line "the Republic guarantees the preservation of biodiversity and the environment and fights against climate change" to Article 1 of the French constitution.

President Emmanuel Macron has promised to hold a referendum on the amendment -  also a product of the CCC -  if it passes in both houses of parliament. 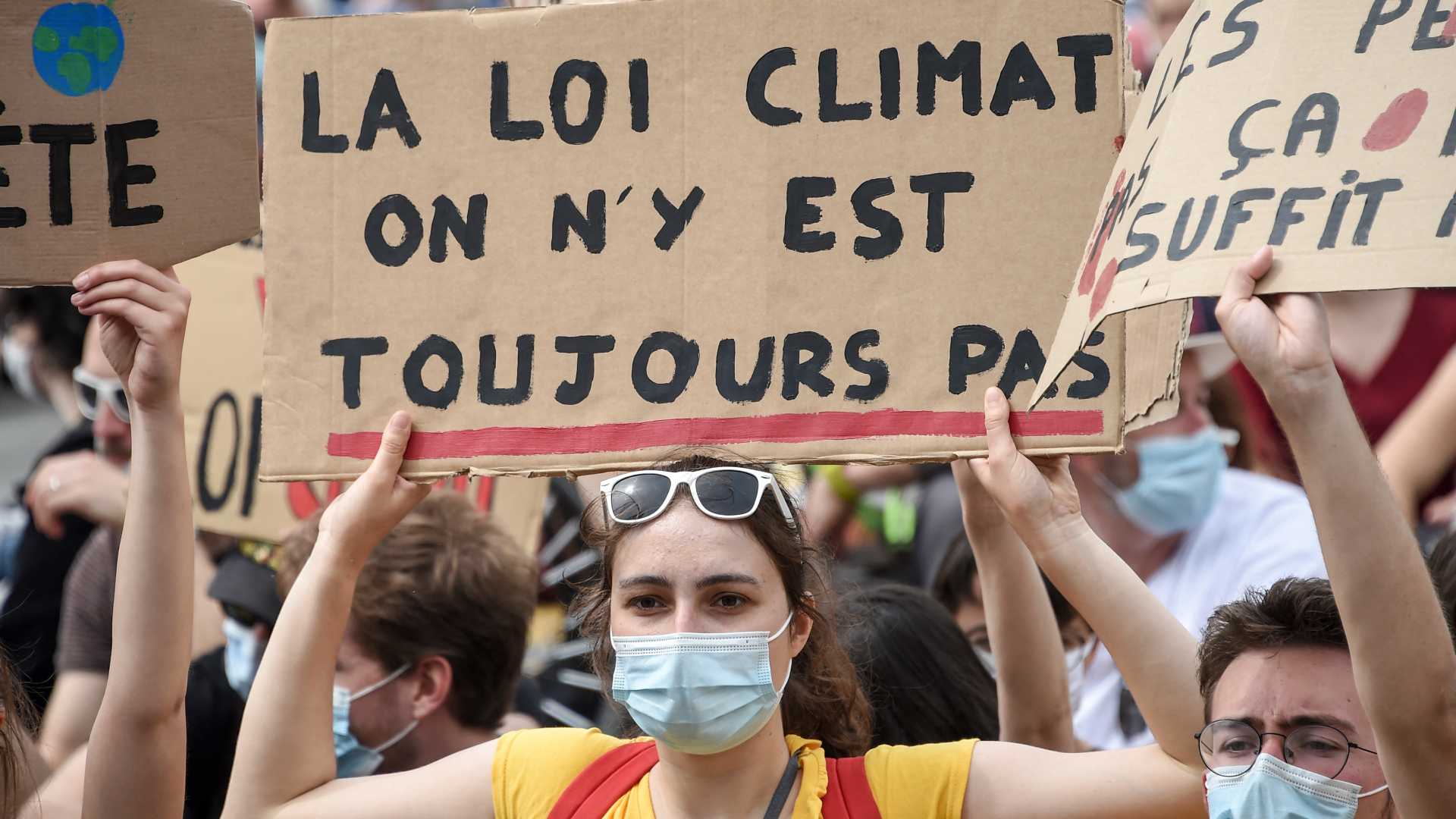 A protester holding a sign that says "climate law: we're not there" in Nantes, France. /AFP/ Sebastien Salom-Gomis

A protester holding a sign that says "climate law: we're not there" in Nantes, France. /AFP/ Sebastien Salom-Gomis

Pieyre-Alexandre Anglade, a National Assembly deputy for Macron's LREM party, told the JDD newspaper that the Senate had already decided "to empty the bill of its substance" and that their additions "will prevent the agreement."

However, Macron's office has told AFP that it was "in no way buried."

At a protest in Paris Cyril Dion, a guarantor for the CCC, attacked the government: "It is a question of continuing to denounce the lack of ambition of the climate law and, since this morning, the almost certain abandonment of the referendum which constitutes a further step backwards."

Macron's political opponents have also criticized the President for the expected failure of the referendum legislation. Green deputy Matthieu Orphelin accused the government of refusing to negotiate with the Senate, and thus "maneuvering so the process wouldn't succeed."

Bruno Retailleau, a center-right senator, accused him of "hypocrisy" for "[accusing] us of obstruction to justify the cancellation of a referendum that he never wanted."