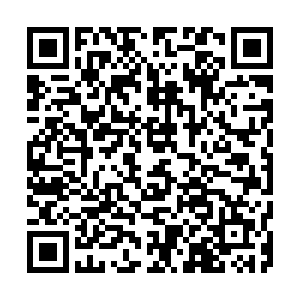 "Racism has always been sort of prevalent in my life," says Eileen Wong, a British-born Chinese HR professional.

"I was bullied for the way I look when I was younger, but I thought things were getting better. You get the odd racial slur here and there because there are some ignorant people."

But since the beginning of last year, Wong has noticed a shift in how people have been viewing her and her family.

"When the news of the coronavirus outbreak was first broadcast in the UK, a lot of the media were using Chinese faces, people wearing masks," she adds. "And I just noticed when I was out and about, people would give me a wider berth, I didn't think anything of it."

Wong, 40, was born and raised in Swansea and moved to Cardiff, both in Wales, when she went to university, and has been settled there since.

She is an active member of the Chinese in Wales Association (CIWA) - the charity organization provides services to make a positive difference to the lives of ethnic Chinese residents in the nation, and to enable them to participate fully in society. 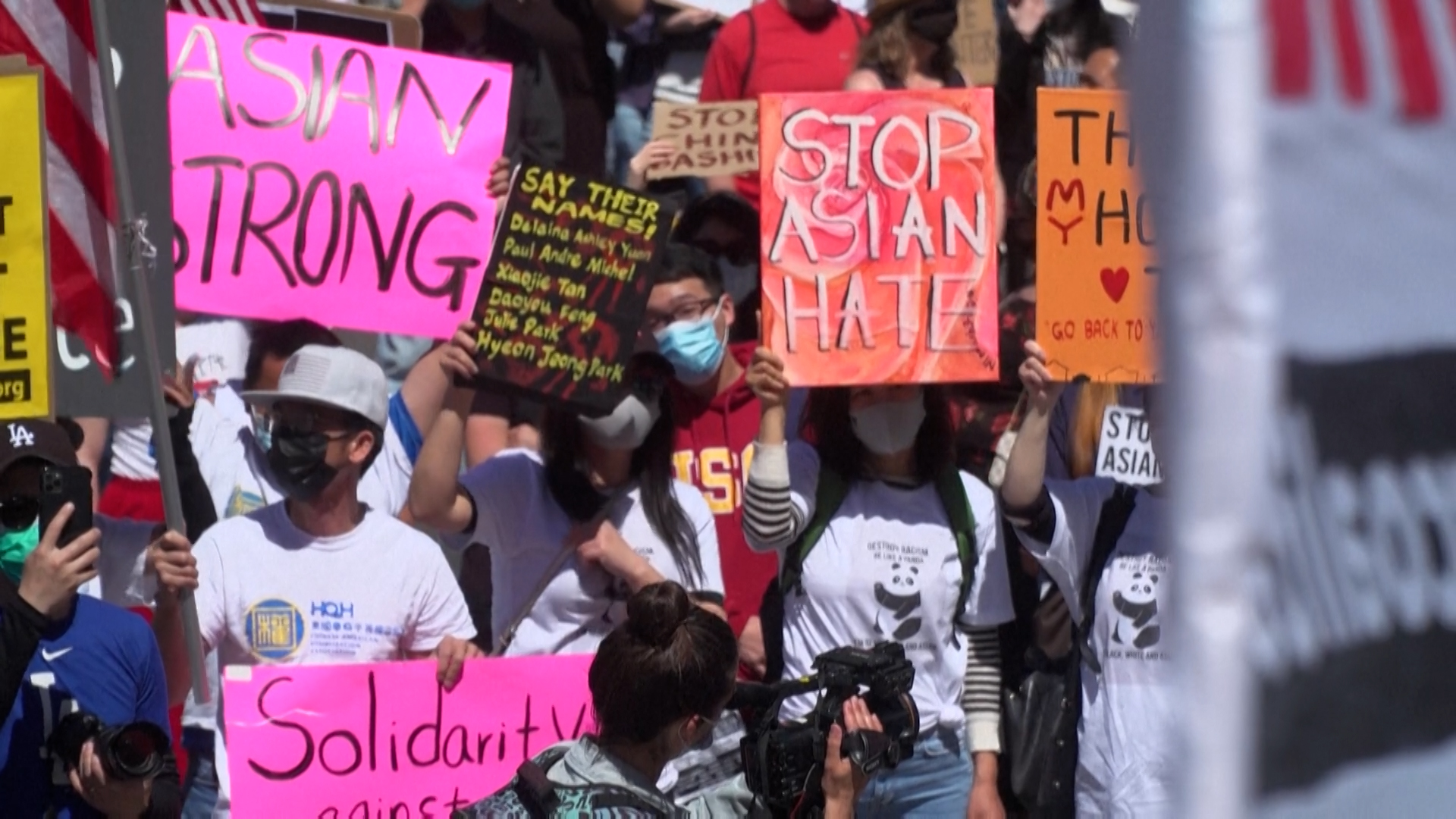 CIWA's community survey results compiled last week revealed that 56% of the 45 respondents have been a victim of hate crime. /AFP

CIWA's community survey results compiled last week revealed that 56% of the 45 respondents have been a victim of hate crime. /AFP

'Ignore the bullying, it will go away'

Given the rise in racist incidents against people of East Asian origin, the organization conducted a survey at the end of March 2021 to "gauge our community members' experience related to hate crime," says Xuehua Shirley Au-Yeung, chairperson of the charity.

The survey results compiled last week revealed that 56 percent of the 45 respondents have been a victim of hate crime, of these, 85 percent did not report the incident to the police.

This is hardly surprising for both Wong and Au-Yeung.

"The Chinese culture has always been; don't get into any scenarios, ignore the bullying, it will go away," explains Wong.

The survey's findings have confirmed this, too.

Au-Yeung says she finds it difficult to persuade her community to report racist abuse they suffer and not just talk about it among themselves.

However, she acknowledges they do not feel confident enough to be able to communicate it to the authorities.

In a recent incident, which was reported and attracted media and public attention, a University of Southampton lecturer of Chinese origin was beaten up in a racist attack.

He has urged members of the Chinese and East Asian communities to "stand up" against racists.

Wong is doing exactly this, and encouraging her family to follow her lead.

"When my son came home and told me that he was called 'coronavirus' and deliberately coughed on, I thought, 'No, you should not have to put up with this behavior'," recalls Wong.

Growing up, she may have followed her elders' advice of "not making a fuss," so endured racism quietly and kept her head down.

But when her 12-year-old son was subjected to racism at school in September 2020, she reported it to the school, which addressed it through an assembly.

"It wasn't just my son. He was with his friend who is of Japanese origin and they were both called the coronavirus, both coughed on," she tells CGTN Europe.

'They treat us like we're the source of the virus'

CIWA's community survey also found that 92 percent experienced verbal racist abuse, while 54 percent of the respondents confirmed they feel like they are being insulted more because of their race.

And 68 percent are recorded to have said they do not feel safe in their daily life, some also feel it is taking a toll on their physical and mental health.

Social media posts and racist comments against the community can also trigger anxiety and a sense of unease, warns Au-Yeung.

She says overseas Chinese students in Wales have also reported receiving racist verbal abuse during supermarket visits. Some of them were told to "go back to China."

"They treat us like we're the source of the virus," she says.

Wong has been told all through her life to "go back home, go back to China," she says. But Wales is her home, she feels more British than Chinese.

"No matter how much we try to assimilate into the UK society, I'm actually more fluent in English than I am in Chinese but no matter what you tell people, they will see the skin color, the dark hair, the Chinese features and make an assumption," she notes. 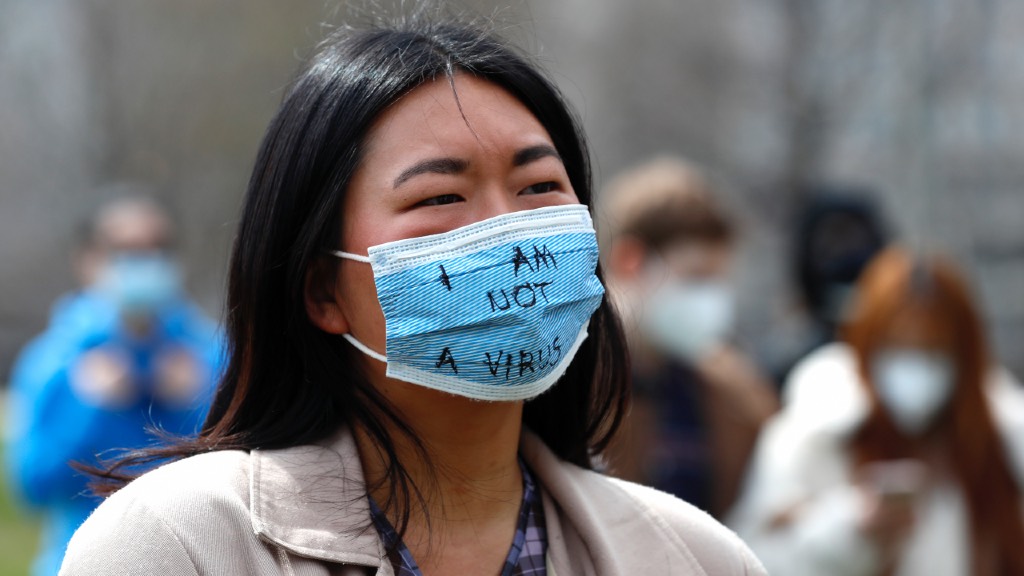 People of East Asian origin are increasingly being subjected to racist abuse because some see them as the source of the COVID-19 virus. /Shafkat Anowar/AP

People of East Asian origin are increasingly being subjected to racist abuse because some see them as the source of the COVID-19 virus. /Shafkat Anowar/AP

In the UK, racism against East Asians is not just limited to Wales.

Navjot Singh, a journalist and a writer, lives in Dulwich, southeast London, with his Chinese wife and their three-year-old daughter, who has Chinese features.

Just a few weeks ago, while taking his daughter to the park one afternoon, he randomly heard a voice mimicking a Chinese accent right behind them.

"All I heard was, I quote, the words were, 'Chinese' and then 'Kung Flu.' I heard the word flu, I didn't hear fu. It was definitely Kung Flu and it was mimicked in a Chinese accent," he tells CGTN Europe.

When he turned around, he was shocked to see that the perpetrator was a young child of 10 or 11, who was just as shocked when he realized he had wrongly assumed that the adult with the Chinese-looking toddler must also be Chinese.

'We have to say no to racism'

"Considering what the world has gone through with [the] Black Lives Matter [movement] and in a multicultural place like London, you just do not expect that kind of behavior," he adds.

Singh believes people are not born racist and says they can be educated out of their racist tendencies, and parents, schools, media can all play their part in challenging racist stereotypes and bigoted views.

"We have to say no to racism. We have to accept each other as humans and not blame a particular disease or any particular kind of virus on a particular race. This is not a race issue. This is a humanity issue," he suggests.

Wong argues the way you look can influence the way someone will treat you, especially "as the media [have been] portraying Chinese faces with masks on and world leaders [have been] condemning China for the virus."

She says the Chinese community may not know that "it is actually a crime and it's also about not wanting to cause a fuss, but unless we report these crimes in the UK, we wouldn't have the impact that we want."

She is keen for her community to have a united voice against racism and be proactive in preventing such incidents and protecting each other.