"At first, we thought he was giving up his seat so that we could sit together as a family."

Heidi Chow stands outside a London Underground station, telling CGTN Europe about her close encounter with secondary symptoms of the novel coronavirus outbreak: fear and racism.

Chow and her family had just joined a nearly empty Tube train when another passenger stood up as they got on. "But instead of taking another seat in the carriage," she continues, "he got off and went into the next carriage."

The fleeing passenger set an emboldening precedent: "Then a woman did a similar thing - she moved away from us as well," recalls Chow. "They were worried about us because they thought that we were Chinese - and therefore had the coronavirus."

This was not an isolated incident. "It's happened to me quite a few times this past week," says Chow, a senior campaigns and policy manager for Global Justice Now. She says the commute to work on crowded trains has been particularly telling. "The train was completely packed out; the only space in the whole carriage was the space in front of where I was sitting down. I felt that was really stark." 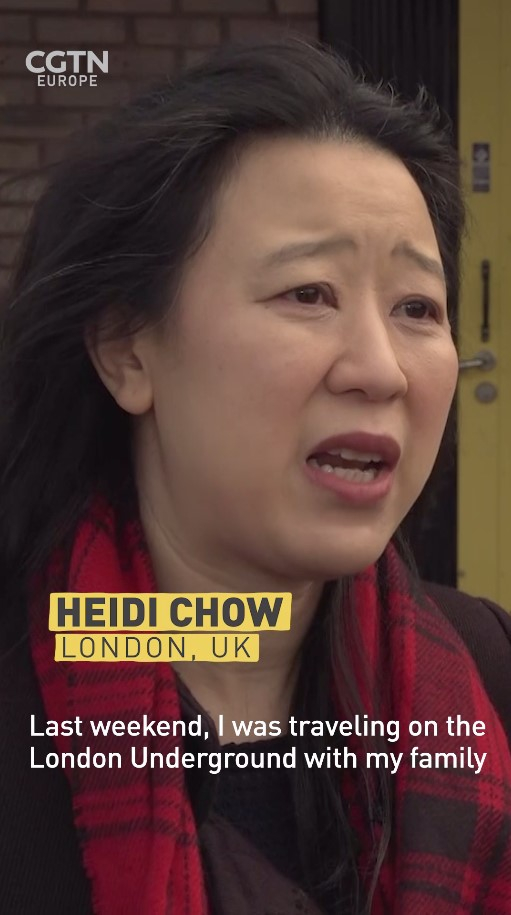 "You are not welcome"

Sadly, Heidi Chow is not the only victim. Nor is the outbreak confined to London. Across the world, some members of the public have shown reactions which approach, or cross, the line from fear and self-preservation into racism.

In Japan, the Twitter hashtag #ChineseDon'tComeToJapan has been trending. Tens of thousands of Singaporean residents signed a petition demanding the government ban Chinese nationals from entering the island city-state. Businesses in South Korea and Vietnam have been among those posting signs forbidding entry by Chinese customers.

As the coronavirus has spread, so has the fear and racism. Sometimes it is directly aggressive: A passenger on a Sydney suburban train yelled at an Asian-Australian woman to stand in the corner because she was "spreading viruses." A Vietnamese woman in France told the newspaper Le Monde that a car driver shouted "Keep your virus, dirty Chinese!" and "You are not welcome in France."

Sometimes it hides behind poor 'humor': Dr Rhea Liang, a surgeon in Queensland, Australia, tweeted that "Today a patient made jokes about not shaking my hand because of #coronavirus. In front of my team. I have not left Australia. This is not sensible public health precautions. This is #racism."

Liang was responding to Dr Nadia Alam, an anesthetist in Ontario, Canada, who had tweeted that "Today my son was cornered at school by kids who wanted to "test" him for #Coronavirus just because he is half-Chinese. They chased him. Scared him. And made him cry. I was the same age when I was bullied for being Pakistani. It's 2020. I thought things had changed by now…" 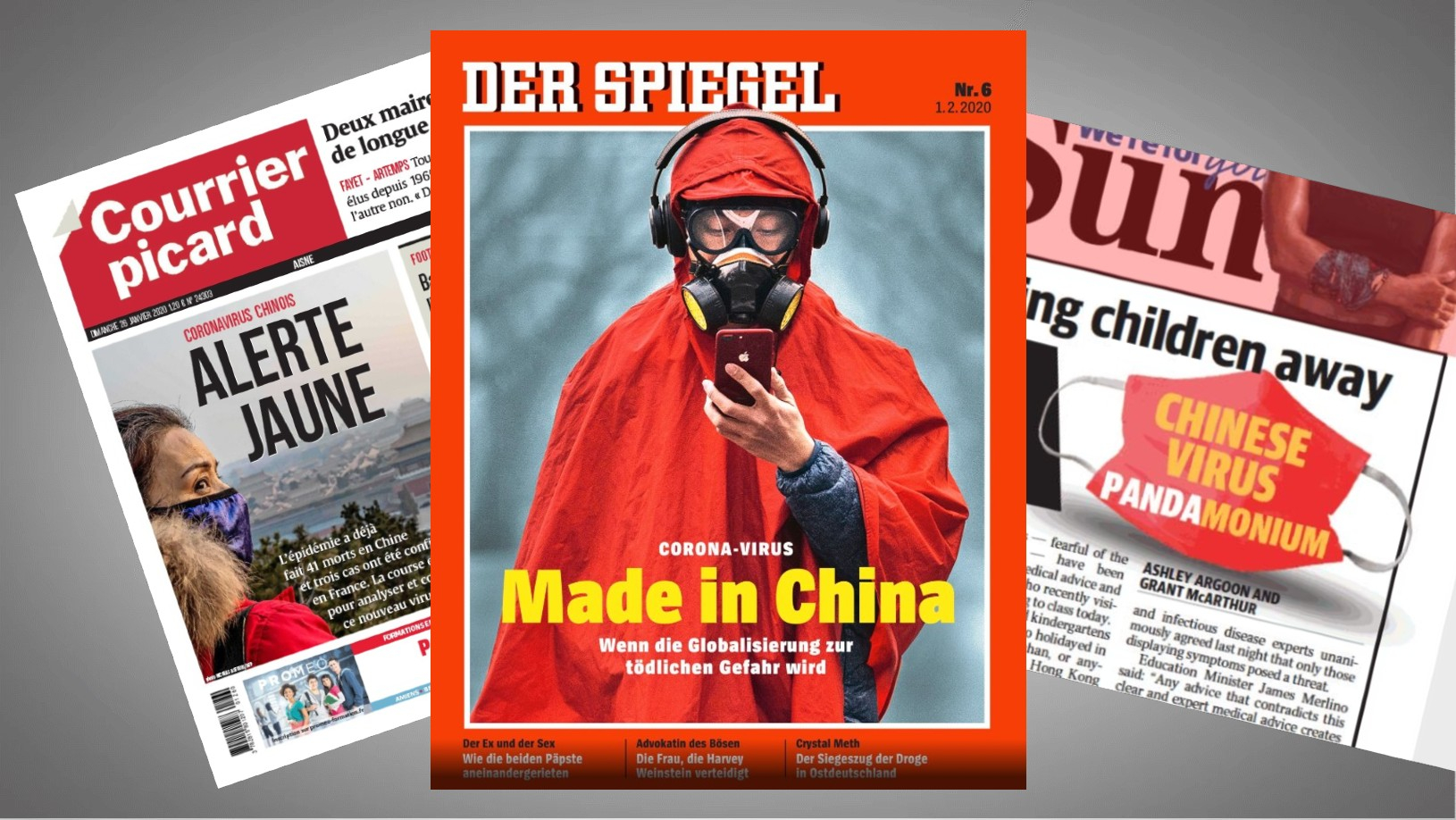 Nor is it just the popular (or populist) press reaching for tired tropes and damaging stereotypes. The cover of left-leaning German publication Der Spiegel - Europe's largest-circulation weekly news magazine - featured someone in a red hazmat cape and gas-mask wearing headphones and reading an iPhone over the English-language headline "Made in China," subtitled "when globalization becomes a mortal danger."

Der Spiegel's coverage prompted anger at the Chinese Embassy in Germany - "Releasing such a picture does nothing to the outbreak, but only causes panic, mutual blaming and even radical discrimination. We despise such a move" - but the subject matter also hints at deeper reasons for the sinophobia that some people evidently feel is now justified by the coronavirus. 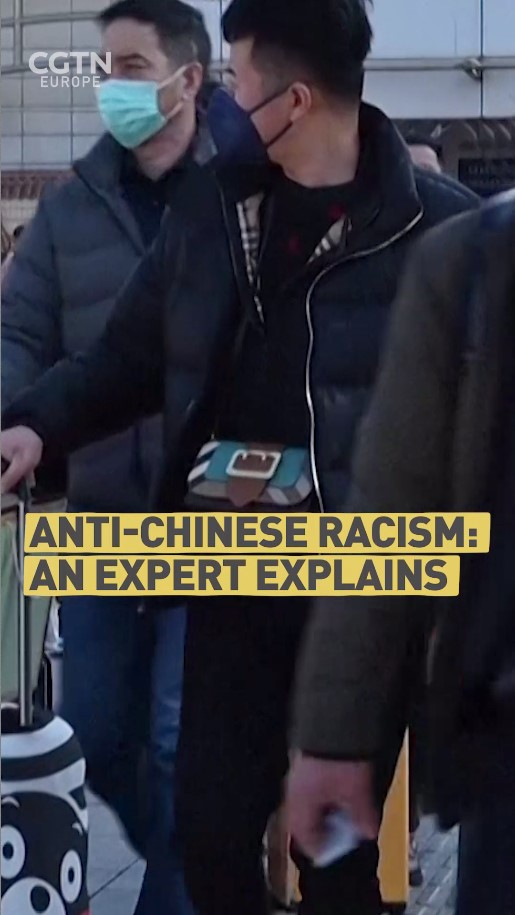 "I think there are a lot of current fears around the rise of China - its economic and political role at the moment - that are driving this present form of sinophobia," says Dr Diana Yeh, a Senior Lecturer in the Department of Sociology at City, University of London.

She defines sinophobia as "both a fear and a reification" - the latter meaning the illogical turning of an abstract concept into a physical thing - "of Chinese and more widely East and South-East Asians as being an absolute, essentially, different 'other'."

It's notable that Yeh includes East and South-East Asians who are not Chinese among the victims. As the Vietnamese woman who spoke to Le Monde would attest, those lazy enough to use racial stereotypes are rarely diligent enough to check they're even abusing the right nationality.

Heidi Chow thinks the abuse "comes off the back of years and years of racial stereotyping of Chinese people: seeing Chinese people as one homogeneous block of people." Waving a hand across her facial features, Chow says "some people can look like this but they come from Malaysia or Taiwan or Korea or Singapore. Culture- and language-wise we're not just one group of people."

Chow herself is British-Chinese - "My parents came from Hong Kong 60 years ago, so I was born and brought up in the UK" - and while she understands that "people are feeling fearful about the coronavirus in general because they're seeing headlines about it every single day," nevertheless "it's really upsetting that because I look Chinese or from East Asia, therefore I must have the coronavirus." Fear is not a new symptom of disease, according to Professor Robert Dingwall of Nottingham Trent University. "Every outbreak of infectious disease in Europe since the Black Death in the 14th century," he tells CGTN, "has been accompanied by the outbreak of three other epidemics: An epidemic of fear, an epidemic of competing explanations and an epidemic of actions in response to the notion that something has to be done, however useful or useless it might be.

"What's unfortunate is that it's coincided with the rise of nationalist sentiment in many European countries and in the United States, where the fear of difference, the fear of novelty, the fear of social change is feeding in and amplifying the first of those epidemics: the fear."

Yeh isn't so sure - "the fear is over-exaggerated" - but she says there is a "very fine line" between fear and racism: "We need to look at the way in which the virus has been racialized, and when it is seen as particularly pertaining to Chinese or other East and South-East Asians, that's where the line is crossed."

Dingwall sees parallels with other forms of racist attacks. "I don't think that attacks on Chinese people for wearing masks are fundamentally different from the attacks on Islamic women who choose to wear a niqab or a hijab," he says. "I think they're motivated by the same kind of anxieties about people who are a bit different from us, and a reluctance to accept and value those differences." 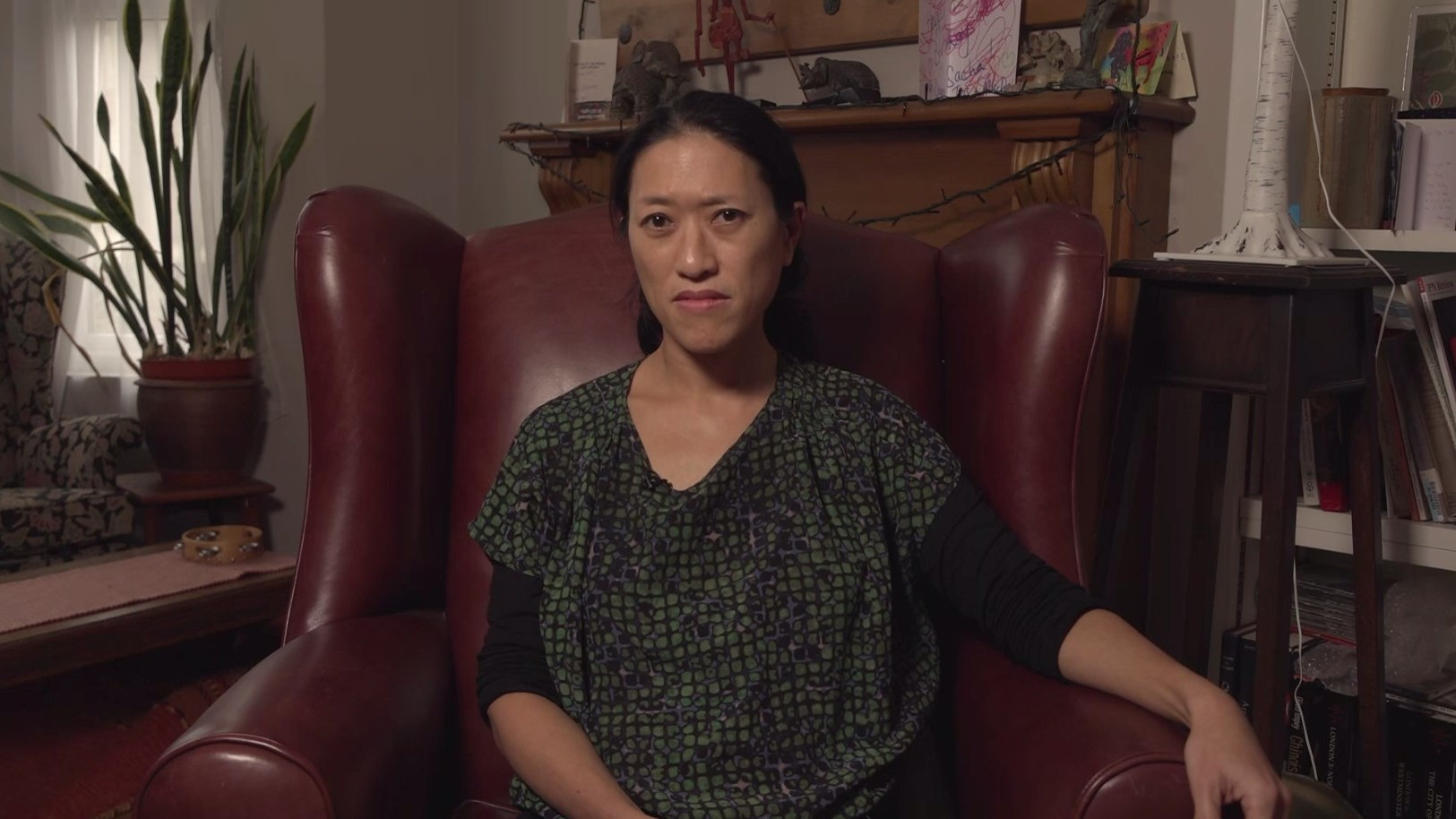 While it's fatuous to grade types of racism, it's instructive to note that there can be different types and implementations of it, which themselves feed into stereotypes. Sinophobia, says Yeh, is "different from other forms of racism in the UK in that it's generally seen as not a form of racism.

"It's often assumed that the Chinese and other East and Southeast Asians don't experience racism, because they're constructed as a 'model minority' - but this is a racialized discourse, which constructs them as essentially 'different' and 'other.'

"And it is pernicious, because it casts doubt on any racial disadvantage that the Chinese and other East Asians experience, which means that they are often left out of debates about race, racism and issues around diversity."

Chow agrees that sinophobia is relatively unreported in the UK. "I think there's a lot less mainstream media coverage around racism towards Chinese people," she says. "Having grown up in this country, I've experienced racism my whole life, from being a child and teenager to an adult." But she has a different idea as to why: "I think it's less talked about because we're relatively small in number in this country compared to other ethnic minority groups."

The situation is exacerbated when TV celebrities feel able to perpetuate stereotypes with the sort of 'humor' that would have seemed outdated several decades ago. "When you see things like Piers Morgan on Good Morning Britain making racist 'Chinese' sounds, that's really unhelpful," says Chow of an episode that prompted more than 800 complaints to broadcast watchdog Ofcom. "It opens up that space and gives license for people to behave and think like this." The good news is that just as social media can spread the virus of intolerance, so can it distribute the antidotes: a refusal to accept racism and a determination to increase harmony. Almost 70,000 people have signed a petition at change.org demanding an apology from the Australian Herald Sun and its Sydney stablemate the Daily Telegraph. Similar pressure brought an apology from the Courrier Picard.

Simultaneously, the humble and the mighty have been pledging allegiance to those who suffer from racism. UN Secretary-General Antonio Gutteres tweeted "At this time of heightened anxiety, we must avoid stigma and discrimination, and stand together in solidarity and compassion," while his organization spelled it out even more clearly in a tweet from @UNHumanRights:

"It's understandable to be alarmed by #Coronavirus. But no amount of fear can excuse prejudice & discrimination against people of Asian descent. Let's #FightRacism, call out hatred & support each other in this time of a public health emergency."

"An epidemic of ignorance is around - we must protect ourselves" says a mural by street artist Laika near Rome's Chinatown (Credit: Filippo Monteforte/AFP)

"An epidemic of ignorance is around - we must protect ourselves" says a mural by street artist Laika near Rome's Chinatown (Credit: Filippo Monteforte/AFP)

Meanwhile, a groundswell of public support has attempted to heal the hurt caused by sinophobia. The French hashtag #JeNeSuisPasUnVirus (I am not a virus) has been adopted by many, as has its German cousin #IchBinKeinVirus.

"I sympathise with the asian community who have to endure racism due to the sheer ignorance of many caucasian people. It's very disheartening," tweeted Lara Sophie, and Alison Sesi tweeted "People in #China don't treat foreigners badly. In fact, they're often more than attentive. It appals me to think that Chinese people, or those mistaken for Chinese, in Europe are now suffering racism due to the #coronavirus that's unlikely to have infected them."

Others are putting their money where their mouths are and following the example of former Canadian prime minister Jean Chrétien, who made a point of stopping for lunch in Toronto's Chinatown to support the businesses there. "In solidarity I'm going to eat even more often at the Asian restaurants in Paris. And I encourage you to as well: it's delicious," tweeted Jérôme Coumet, the mayor of Paris's 13th arrondissement.

These are not death-defying trips into the unknown. As Heidi Chow puts it, "The risk of me having coronavirus is the same as any other non-Chinese person in London or the UK, because I haven't been to China in the last two weeks - in fact I've only been to China for a day-trip 25 years ago. It's not rational to think that I would have coronavirus just because I look like I'm from East Asia."

Small acts of solidarity can make a difference, and sometimes the smallest humans are the wisest. One French mother tweeted about how her daughter in daycare had looked after a fellow child: "Mummy, nobody wanted to play with Anh today because she has a virus, and she cried. But I stayed with her: she's my friend."