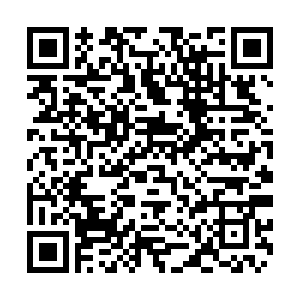 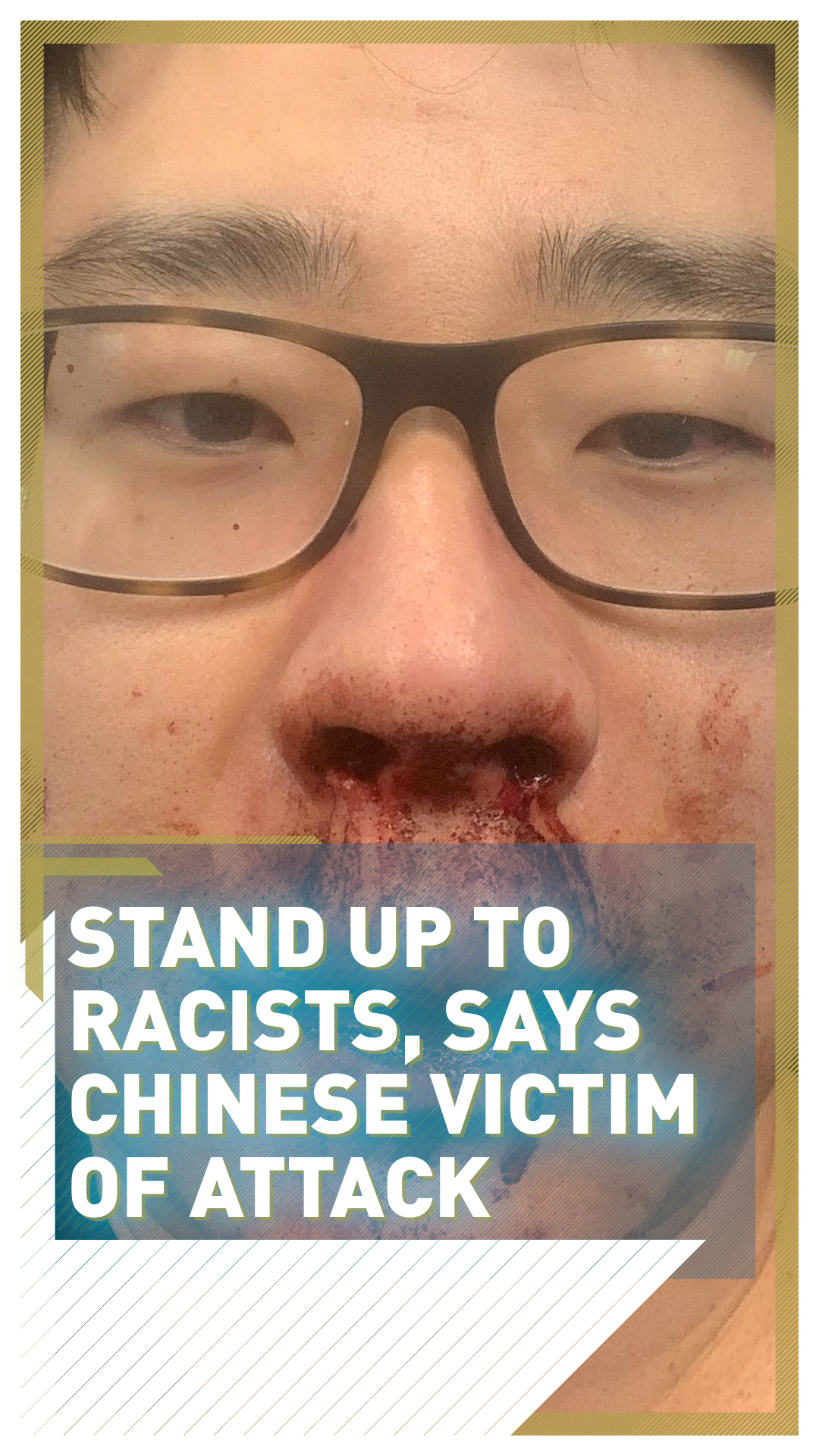 University academic and teacher Peng Wang was punched, kicked and racially abused last week while out exercising in his local community in Southampton, a mid-size city on the UK south coast.

But instead of retreating or letting fear take over, the lecturer encouraged people to "stand up" against racists.

"You just have to, you know, shout back, to ask them to stop and take evidence. And the police and society will support you," he told CGTN Europe.

"I was out jogging. It was just a normal day. However, there was one guy on the other side of the road on the opposite direction to me and he shouted at me.

"Then they attacked me on the ground."

The man who hit Wang also shouted abuse at him, including racist references to a "Chinese virus," which is a phrase used by racists around the world to blame the ongoing COVID-19 pandemic on China.

A 23-year-old man has been released from custody but remains under investigation, according to Hampshire Police.

But Wang said the changing political situation in the UK – along with the global pandemic – has made the country less safe for people of minority ethnicities.

"Because of Brexit, because of the pandemic, [for] the minority people it is actually more dangerous now to live in the UK," he said.

"At Southampton Business School we have [at least] 1,000 international students. And most of these are Chinese. So I believe I have the duty to tell the students – first to tell the university – that it's not like before. This is happening. So you do need to protect yourself." 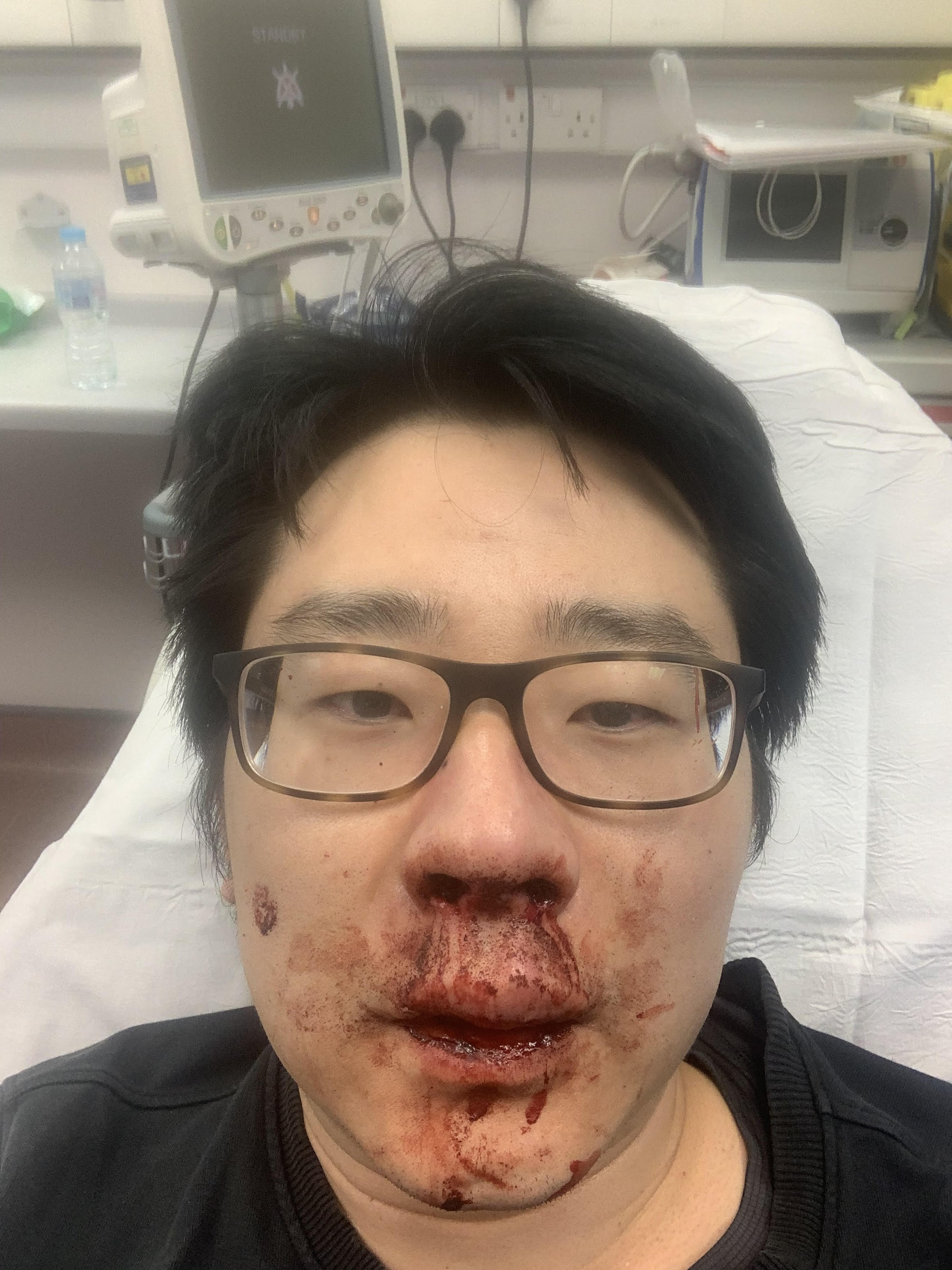 The teacher was taken to hospital, where he took this selfie. /Peng Wang

The teacher was taken to hospital, where he took this selfie. /Peng Wang

And according to the COVID-19 Anti-Racism Group (CARG), Wang is not alone in feeling like there's been an increase in racist actions.

"On social media, we're... getting a lot of hate speech," said actor and director David Tse, who is affiliated to CARG.

"There are still people, including politicians, who blame China for the pandemic. With the encouragement of hate speech and racism against the Chinese, as soon as lockdown ends, it translates to us getting bashed," he added. 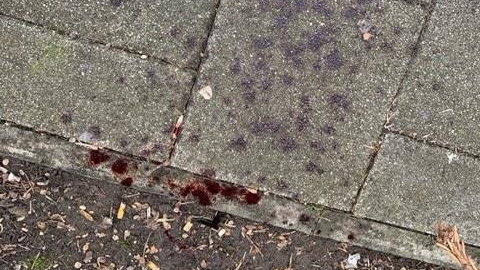 Wang took this photo of his own blood on the street after the attack. /Peng Wang

Wang took this photo of his own blood on the street after the attack. /Peng Wang

Deputy Chief Constable Mark Hamilton of the National Police Chiefs' Council said such attacks are "completely unacceptable and should not be tolerated."

He confirmed there had been a rise in targeted crimes against Asian people in the UK.

"This increase is likely to have been fueled by the unacceptable narratives that blamed those communities for the pandemic outbreak," Hamilton explained.

According to a report published by the UK House of Commons, police recorded "hate crime" related to race has increased 131 percent between 2012 and 2020.

However, Wang said he was happy with the response from Hampshire Police.

"I would say the police gave me a lot of support," he told CGTN Europe.

"There was even one police [officer], who just called me to see if I'm ok. And his name is James. I want to thank you James. I haven't met him, but, you know, he just called me."

In a statement sent to CGTN Europe, Chief Inspector Ricky Dhanda said: "Any crime that is committed through ignorance, prejudice or hate is unacceptable and will not be tolerated in our city.

"We would like to hear from anyone who witnessed this incident or has any dash-cam footage to get in touch," Dhanda added.