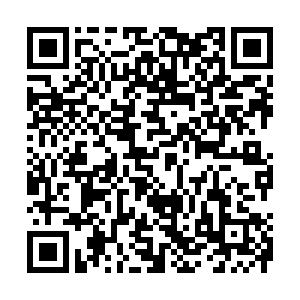 As countries look at ways to end lockdowns and social distancing, COVID-19 passports have been presented as the solution but some people feel they infringe upon their individual freedoms and could create a two-tier society.

UK-based company VST Enterprises says it has come up with a secure method using a "V-Health Passport," which also protects the rights of the individual as they have full control over the information they hand over.

CEO Louis-James Davis said the V-code is more secure than the typical QR-code and only what the user wants can be obtained from it.

"If you worked at a football stadium, they could scan and it would be your health pass and a ticket. If you went to a restaurant, it could be a reservation and your health pass," he said.

"And the fraud element of a V-code, you can't fake a V-code. You can't create one outside of the system. So if you see a V-code, you know it's real and you know that it's going to go to the right data."

This week, the UK's Equality and Human Rights Commission (EHRC) highlighted the fears over discrimination from vaccine passports. It said it needs to "strike the right balance between individual liberty and the rights of others." 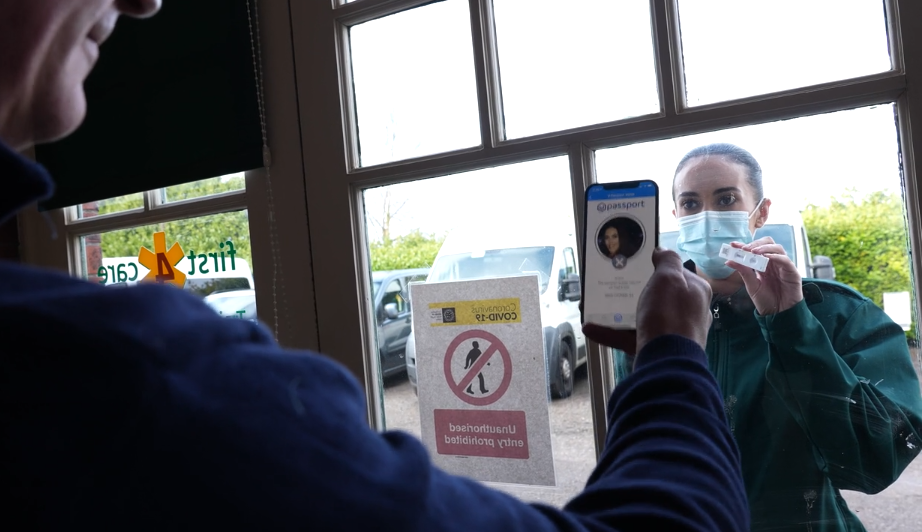 Information stored in the V-code is secure and only provides what the owner wants to give. /VST Enterprises

Information stored in the V-code is secure and only provides what the owner wants to give. /VST Enterprises

One concern is that some people in society, including from certain minority groups, have been more reluctant to take vaccines and the EHRC has even suggested that blanket mandatory vaccinations would be unlawful.

"One of the ways that we have the V-code is it gives different information based on who has the permissions to see," continued Davis, who says the V-Health Passport has addressed these worries.

"So if somebody scanned your V-code at a restaurant, they wouldn't see anything personal about you. They would only know it's your health pass because you are stood in front of them and that's the way they can compare you to your picture."

As some people may be exempt from vaccines, the V-passport offers 16 different pass colors, with for some people simply a negative test from a doctor sufficient to get a green pass. 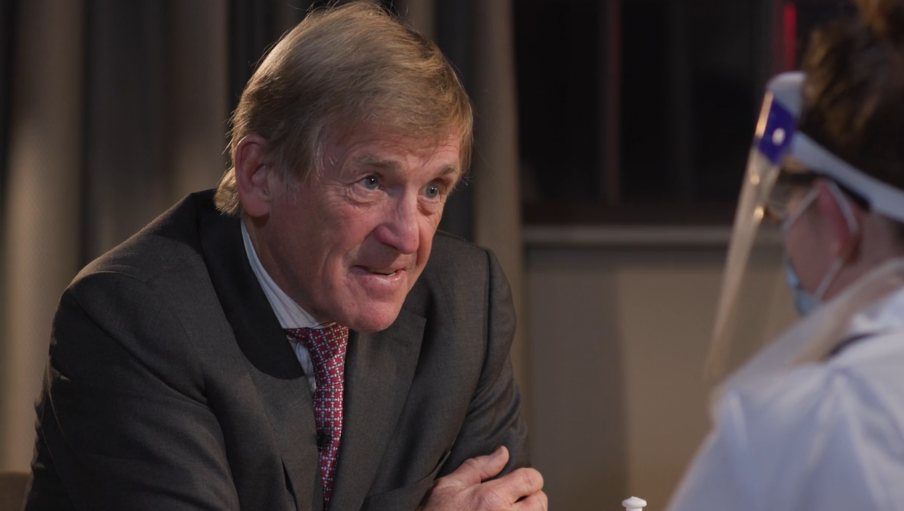 Former Liverpool footballer Kenny Dalglish is backing the V-code as a safe way for fans to return to soccer stadiums. /VST Enterprises

Former Liverpool footballer Kenny Dalglish is backing the V-code as a safe way for fans to return to soccer stadiums. /VST Enterprises

With the sport and entertainment industry suffering badly from a lack of fans, Liverpool soccer legend Kenny Dalglish is among those who see the V-Health Passport as the way for fans to return to stadiums.

"We are at the stage now where people are looking to take the next step and the next step is to bring fans in if it's at all possible," said Dalglish, an ambassador for VST Enterprises.

Trials are taking place in the UK and around the world to bring crowds back to events, and Davis says the V-passport is a safe way that would also avoid queues.

"Our technology to get people back into places like [England's national football stadium] Wembley would be seamless, if you are using something even seconds count," said Davis.

"So, 20 seconds per person... if you had 100 gates at Wembley stadium, it would be two-and-a-half hours per gate to get 90,000 people back in, if you needed 20 seconds to check, whereas ours is seamless, just walk straight through there."

The debate over vaccine passports continues to rumble on with Prime Minister Boris Johnson having even faced opposition from some members in his own Conservative Party. There is a possibility the opposition Labour Party could vote against a proposal for them to be introduced if it came to a vote in the House of Commons.