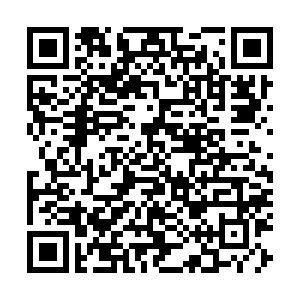 "Even pricing the initial public offering at the bottom of the range, Deliveroo was demanding too high a price tag for a loss-making delivery platform in a very competitive space with a questionable path to profitability," says Neil Wilson, chief analyst for Markets.com.

With the London debut of the food delivery giant flopping even more badly than the most cautious fund managers were predicting, many reasons have been given for the unexpected drop in the value of Deliveroo. Until last week, the firm's flotation was being hailed as one of the great market events of 2021.

However, the news will doubtless be welcomed by unions, which have previously described the $7 billion provisional price tag put on the firm as "an insult to key workers ... who kept riding right through the pandemic."

Elsewhere, top Wall Street banks are continuing to nurse heavy losses from the $30 billion collapse of the hedge fund Archegos Capital Management. With regulators now investigating, the inevitable questions are being asked about who knew what, and when?

Google, BMW, Volvo and Samsung are among the first global companies to have signed up to a new moratorium on deep-sea minerals mining, organized by the World Wide Fund for Nature WWF).

But with new battery and chip production roll-out plans announced by companies including Daimler and countries such as India, the demand for rare earth minerals only looks set to rocket.

We have a video from France about how one initiative is getting unused bars of hotel soap and other hygiene products to the most disadvantaged in lockdown.

And with Easter egg sales up 50 percent this year, our graph shows just how much sales of candies and chocolate have boomed amid the COVID-19 pandemic.

Shares in the food delivery firm Deliveroo have fallen by a third on their market debut in London. Prices dived to $4.13 each in early trading, down from $5.37 at the start. The group, which is backed by Amazon, slashed its target valuation by $1.3 billion earlier this week after a string of top investment firms boycotted the hotly anticipated listing, most citing concerns about Deliveroo's business model and treatment of its fleet of riders, many of whom it is claimed earn less than the UK minimum wage.

Analysts say demand for Deliveroo shares has also fallen over concerns the recent court case against ride-hailing giant Uber bodes ill for other employers of so-called "gig" economy workers like Deliveroo riders. The Supreme Court ruling flagged that these "self-employed" workers may be legally eligible for holiday and sick pay and other protections. Elsewhere, there is skepticism over the dual-class share structure of the float, that has seen Deliveroo management retain control of much of the day-to-day running of the company.

Regulators in the U.S. and the UK, investigating the collapse of the hedge fund Archegos Capital Management, are questioning top banks over the fire sale of assets just before the fund failed. The Securities Exchange Commission and the Financial Conduct Authority have asked lenders including Goldman Sachs, Wells Fargo, and JPMorgan about a meeting held with Archegos founder Bill Hwang last week. Officials are examining whether rules may have been breached, as backers sought to avoid the asset sell-off that left them with losses running into billions of dollars

Archegos failed to meet a $30 billion margin call earlier this month, as the group's exposure to tech and media stocks turned bad, amid faltering investor sentiment on the Nasdaq. Switzerland's Credit Suisse and Japan's Nomura are expected to bear the brunt of losses.

The world's second-biggest clothing retailer H&M has reported a quarterly loss for the December-February period, its first fiscal quarter, of $159 million. In a statement, the Swedish fashion giant said it was dedicated to regaining the trust of shoppers in China after a recent backlash over comments made last year about cotton production in the Xinjiang Uygur Autonomous Region.

Insurance market Lloyd's of London recorded a loss of $1.2 billion last year as the bill for COVID-19-related claims from clients reached $4.6 billion. In addition to the pandemic, the group said business had suffered from "a high frequency of natural catastrophe claims …. [with Brexit] driving further losses and uncertainty."

German car maker Daimler says it is to accelerate its shift to electric vehicles despite the global shortage of semiconductor chips. The Mercedes-Benz maker says demand for luxury cars in China has buoyed business for 2021, with the planned listing of its truck-making unit, Daimler Truck on course for the end of the year.

Meanwhile, India is offering more than $1 billion in cash to each semiconductor company that sets up manufacturing units in the country. As India moves towards a wider roll out of electric vehicles, Prime Minister Narendra Modi's "Make in India" drive is offering cash incentives to developers building chip fabrication units domestically, with the assurance of government contracts and private sector purchase mandates.

Google is to contribute $29.3 million to the new EU fund set up to challenge the dissemination of fake news online. The European Media and Information Fund plans to use researchers, fact-checkers and not-for-profit groups to help in the fight against misinformation.

Meanwhile, Google, BMW, Volvo and Samsung are among the first global companies to have signed up to a World Wide Fund for Nature (WWF) moratorium on deep-sea mining.  The companies have committed to not sourcing seabed minerals for their supply chains. Cobalt, copper, nickel and manganese are all key materials in battery making. WWF is calling for a ban on ocean floor excavation pending research into alternative energy sources and before the environmental risks are "comprehensively understood."

Chinese telecom giant Xiaomi has confirmed it is working on an electric vehicle range with a $10 billion investment over the next decade. The wholly owned subsidiary will concentrate on "quality smart electric vehicles" as demand grows in its home market, according to a company statement. No details have yet been released about whether the world's third-largest smartphone maker plans to concentrate on budget or prestige models.

China's Huawei Technologies has reported an annual profit for 2020 despite the COVID-19 pandemic and disruption to exports in the U.S.. Net profit for the year came in at $9.83 billion, up 3.2 percent on 2019. The tech giant was put on an export blacklist by former U.S. President Donald Trump in 2019.

An uncrewed rocket from Tesla boss Elon Musk's SpaceX center has failed to land safely after a test launch. Debris from the Starship prototype rocket which set off from Boca Chica in Texas, U.S. was found scattered 8 kilometers away from its target landing site. Engineers are investigating.

Employees at Amazon's U.S. headquarters are continuing with unionization plans, as they lobby for better working conditions. The second session of ballot reviews is expected at the group's facility in Bessemer, Alabama, which employs 5,800 staff. The U.S. National Labor Relations Board will examine results in a closed hearing that could last days and may lead to legal challenges.

German car maker Volkswagen says it won't be changing its name to "Voltswagen" in the U.S. The name change was an early April Fool's joke that was leaked ahead of time by mistake. Initial reports had suggested the change was being made to mark VW's shift to electric auto-production.

Easter egg sales in the UK are up almost 50 percent to $210 million, according to new figures. Marks & Spencer says its egg sales have risen 86 percent from last year, while shoppers have spent $50 million on hot cross buns. Egg sales at rival Thorntons have risen 200 percent on 2019, as more people splash out on treats in the UK's third COVID-19 lockdown.

WATCH: The Unisoap initiative is working with hotels in Lyon, France to reuse and recycle hotel soap and other toiletries for those most in need. Soap, towels, bottles of shower gel and toothpaste are just some of the hygiene products often left in hotels unopened and barely touched. 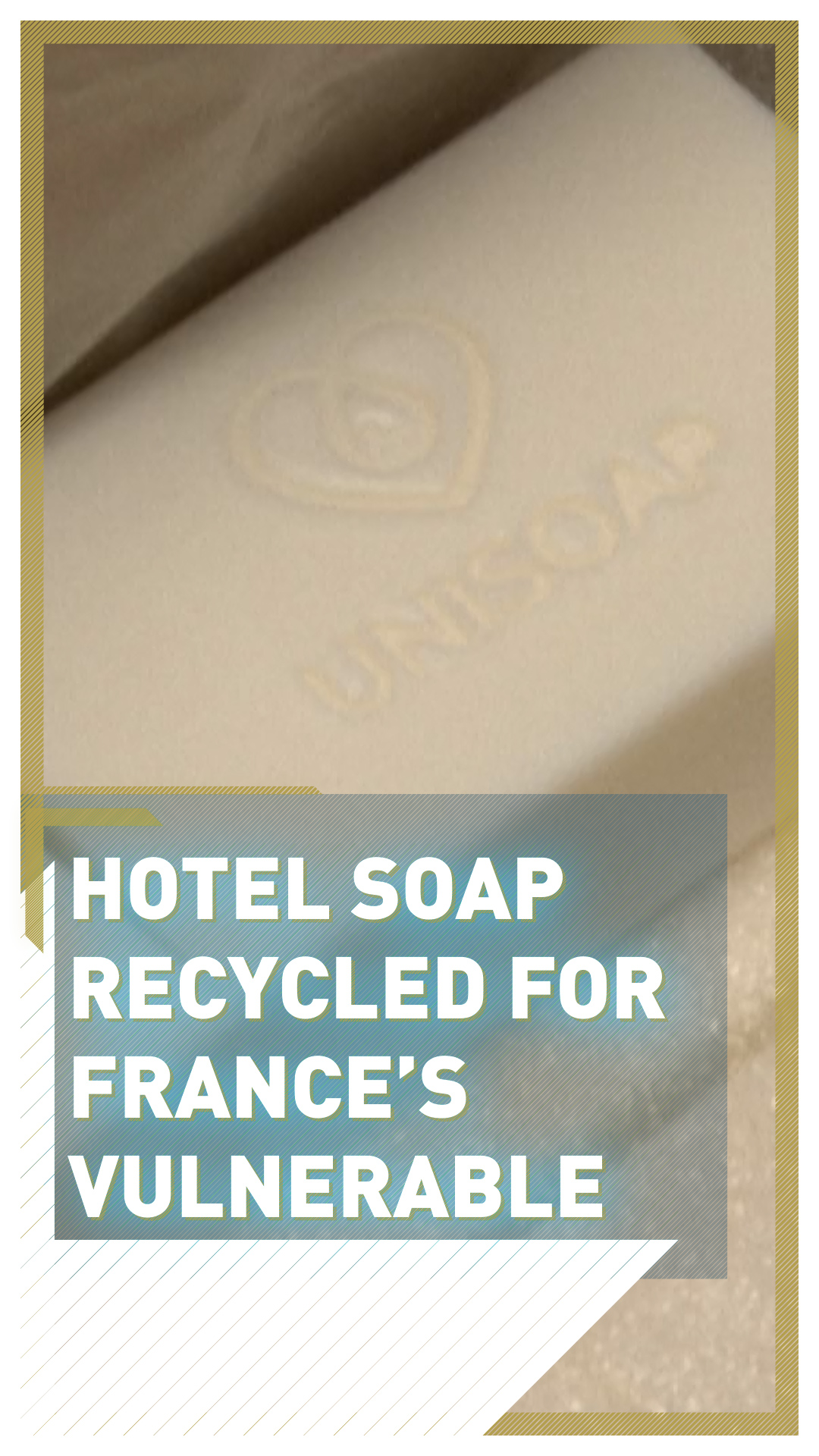 Chinese government bonds are set to be included in the FTSE World government bond index from the end of October. This will be the third major global bond index to include China and London's FTSE Russell confirmed the process will be phased over 36 months.

CGTN Europe spoke to Marc Ostwald, chief economist and global strategist at ADM International, and asked him what impact this development will have.

China has also been included in other indices, but this is a very big one in the sense that there's something in the region of $2.5 trillion of passive funds that track this particular index, so it's a much bigger grouping. The estimate is that overall it's likely to bring in ... about $130 billion of inflows into Chinese government bonds. So that, I think, is one of the reasons they've decided to stagger the introduction from October into the index over a three-year period, normally it would be one year. This works two ways, actually. It's not only for investors, but it's also for the Chinese authorities ... they don't want to see too rapid changes in internal flows out of their bond market.

China's sovereign bonds have already increased in popularity among global investors. What's behind that?

I think there are a number of factors. First of all, it is the second-biggest economy in the world, so people would naturally want to have a fairly substantial allocation to it. Secondly, it's offered a very, very substantial yield premium, particularly in the past year, relative to any other major bond market in the world. Even at the moment, we're still talking about the 10-year Chinese yield being at 320, while the U.S. 10-year yields at 175. The strength of the Chinese yuan made it almost like a big win-win situation for investors desperate for returns, above all, in the low-yielding fixed-income markets that we have around the world.

And what will this inclusion bring for Chinese securities? Will it have any effect on those?

It's going to be an interesting experiment in how they manage these flows. They have quite a lot of control over the equity market flows. This one will probably be somewhat less controlled. So they're going to have to watch it a lot more carefully, particularly given the size of transactions in bond markets .

And finally, Easter egg sales are booming in lockdown. But the figures show many people have been reaching for sweet treats to see them through the months of isolation. Food industry analysts say the impact of the pandemic could mean big changes to the way people consume candies and chocolate in the future. 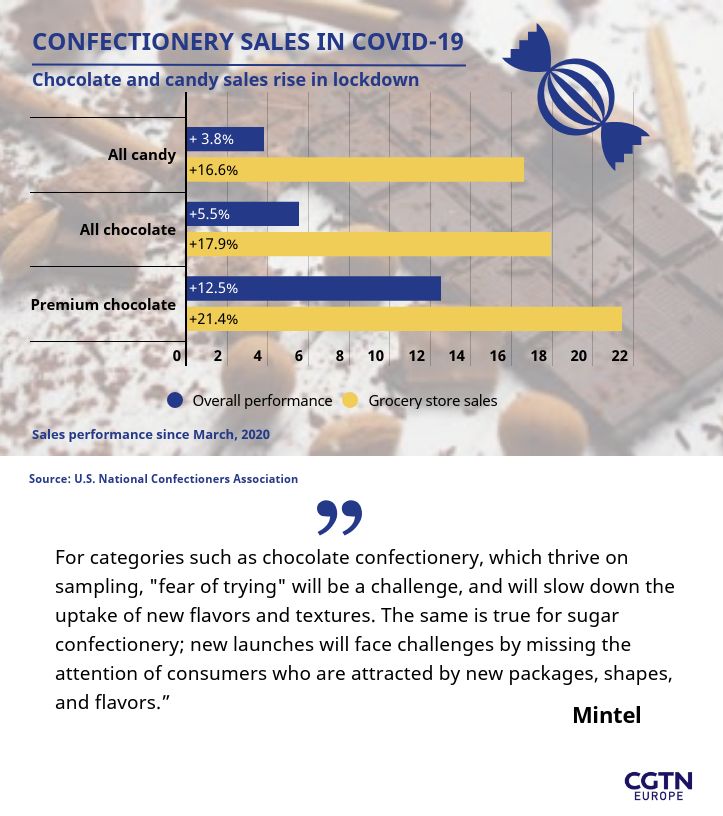