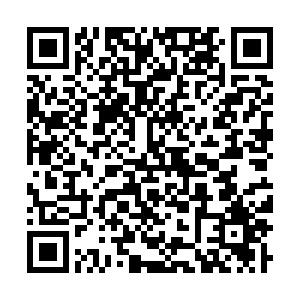 The European Union is urging Turkey to accept hundreds of migrants returning from Greece, after EU leaders announced last week the bloc will renew its commitment to offer refugee aid to Turkey in exchange for the country's management of Syrian asylum seekers.

On Monday, the EU's home affairs commissioner Ylva Johansson called on Turkey to "urgently resume the return of migrants from Greece," after a visit to the construction sites of new migrant facilities on the Greek islands of Lesbos and Samos, which host more than 8,000 asylum seekers.

Unresolved issues between the EU and Turkey

EU-Turkey relations have significantly worsened in the past 18 months amid tensions over a disputed maritime border in the eastern Mediterranean, Turkey's operations in Azerbaijan, Syria and Libya and the country's position on the divided island of Cyprus.

Ankara also recently backed away from the Istanbul Convention, a treaty on violence against women, which seeks to end legal impunity for perpetrators.

But during the March 25-26 video-summit of the European Council, the EU and Turkey agreed to try to put their disagreements to one side and decided to meet for a bilateral summit on April 6 in Ankara, where European Council President Charles Michel and European Commission President Ursula von der Leyen will meet Turkey's President Recep Tayyip Erdogan to discuss improving cooperation between the two parties. 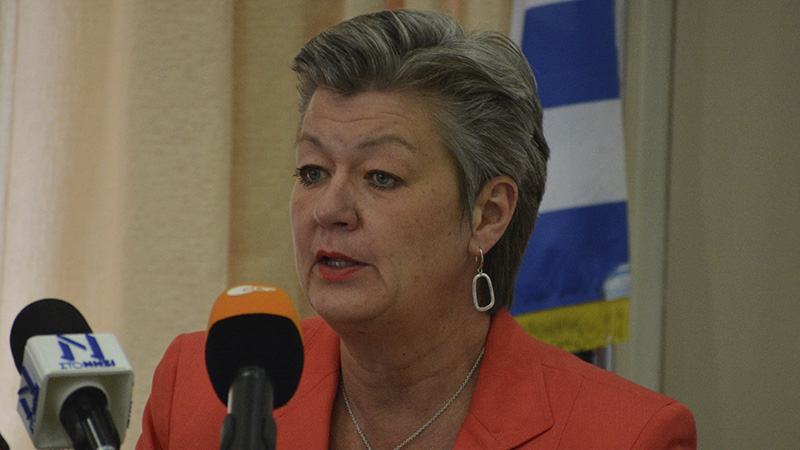 The EU has declared itself "ready to engage with Turkey in a phased, proportionate and reversible manner to enhance cooperation in a number of areas of common interest." But that can only happen on the condition that "the current de-escalation is sustained and that Turkey engages constructively."

The renewed cooperation with Ankara could be interrupted at any time if Turkey resumes "provocations" in the eastern Mediterranean, said Von der Leyen.

The bloc appears to be divided over how to proceed with Turkey. Cyprus, Greece and France urge a tough line, including possible new sanctions, while other member states, including Germany, push for better cooperation and more engagement.

"The EU needs to establish contact with Turkey at every level," said Germany's Chancellor Angela Merkel, speaking at a news conference after the summit on March 25.

Merkel also stressed the importance of the one topic on the EU-Turkey agenda on which both parties are likely to agree – that of renewing the migration deal.

At the peak of the so-called "migrant crisis" in 2015-16, hundreds of thousands of migrants had made their way to Greece, according to the European Commission.

In March 2016, the EU and Turkey signed an agreement to reduce the number of migrants entering the bloc from the Aegean Sea route. The refugee deal between the two parties established that those asylum seekers who were found not to have the right to enter the EU will be returned to Turkey. In return, the EU would spend more than $7 billion to provide Turkey with the funds necessary to take care of the millions of Syrian refugees hosted in the country. 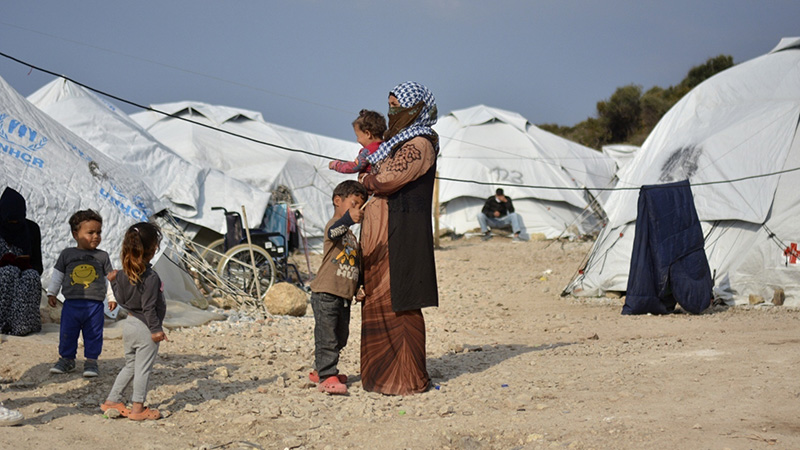 A woman holds a baby at Kara Tepe refugee camp, on the eastern Aegean island of Lesbos, Greece. /AP/Panagiotis Balaskas

A woman holds a baby at Kara Tepe refugee camp, on the eastern Aegean island of Lesbos, Greece. /AP/Panagiotis Balaskas

The asylum deal was immediately criticized by those who called it an attempt to outsource management of Europe's asylum seekers to Erdogan, without concern for humanitarian values.

With time, Turkey has also become critical of the deal. In spring 2020, Erdogan transported thousands of migrants to the Greek border and encouraged them to advance towards the EU, saying the deal should have been extended and more funds were required.

Until last week, the EU had refused to reopen the asylum agreement. Now talks next week are likely to revive the deal in the same or a different form.

But as a "concrete" gesture of positive behavior, the EU has first asked Turkey to take back 1,450 refugees who crossed the border to Greece and are currently hosted in migrant reception centers in the Aegean islands of Lesbos, Kos, Samos and Chios.

During her official visit to the Greek islands, Johansson pledged $326 million in funds for new camps on the Aegean islands, at the same time as expressing concerns over recent allegations accusing the Greek government of forcefully deporting migrants.

"For three years, there had been no progress on finding a political solution," Johansson said.

"I can understand that everybody has a limit to their patience ... this limit is close, also here on Lesbos and in some other areas," she said.