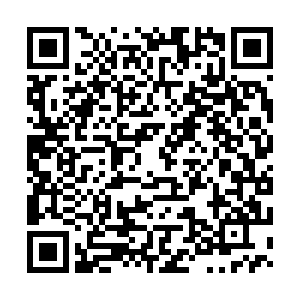 - Sweden will not meet its target to fully vaccinate all adults by June 30, amid delivery delays. "It will take a bit longer before everyone is fully vaccinated," said the country's vaccine coordinator Richard Bergstrom.

- The UK has insisted it doesn't have surplus vaccines to share with other countries. Prime Minister Boris Johnson's spokesman said: "Our first priority is to protect the British public. We don't currently have a surplus of vaccines, but we will consider how they are best allocated as they become available."

- The World Health Organization will release its report on the study of origins of the virus on Tuesday following a mission to China, Director-General Tedros Adhanom Ghebreyesus has said. "As I have said, all hypotheses are on the table and warrant complete and further studies," he added.

- France's Finance Minister Bruno Le Maire has said health conditions are worsening during the third wave of the pandemic and "all options are on the table" to protect the health of French people.

- Poland is to increase the number of beds for virus patients by 3,000 this week and by another 3,800 next week, amid a surge in infections, Health Ministry spokesman Wojciech Andrusiewicz said.

- Slovenia has reimposed some nationwide lockdown measures until mid-April as Prime Minister Janez Jansa warned the country was "in a race against time." All non-essential shops and cultural and religious venues will close, with a ban on public gatherings and limits on travel.

- Despite the slow start to its vaccination program, France will have caught up with the UK "in a few weeks," according to President Emmanuel Macron, who said Britain's roll-out would slow down soon because it will "be increasingly dependent on us to vaccinate their population," referring to AstraZeneca supplies produced by the European Union.

- People in England can meet outdoors in groups of up to six on Monday as the country tentatively eases its lockdown restrictions. Meanwhile, outdoor sports such as golf, tennis and cricket can resume, with social distancing measures still in place.

- Germany's Chancellor Angela Merkel has called on the country's state leaders to step up efforts to slow the spread of a surge in infections, with additional measures being discussed. "We need to do more. We have the possibilities of restrictions on going out, further contact restrictions, further mask-wearing... plus testing strategies in all places," she added.

As England begins to come out of its third national coronavirus lockdown, there's a new slogan for people to remember – "hands, face, space and fresh air" – as the government emphasizes the importance of ventilation in reducing the spread of the virus as the weather improves with the coming of spring.

From Monday, two households or groups of up to six people can now meet outside as the stay-at-home restrictions order comes to an end. Another major change is that outdoor sport facilities such as tennis and basketball courts and golf courses are reopening. Outdoor swimming pools and organized team sports are also allowed.

Weddings can be attended by up to six people, but with the restrictions being eased there is also a warning from the government to maintain social distancing rules, with Prime Minister Boris Johnson saying COVID-19 cases are higher in Europe and different variants threaten the vaccine roll-out in the UK.

Rules are being relaxed in the other three UK nations, too, with Wales the first country to relax the stay-at-home rule.

This week is being seen as crucial to France's fight against the third wave. President Macron says "nothing is decided" when it comes to possible new measures, including another national lockdown.

New protocols are coming into effect from today in schools. A class will close if there is just one positive test among pupils whereas the previous guidance was that a class would close after three positive tests.

The EU internal markets commissioner Thierry Breton, says that Europe can now "see the light at the end of the tunnel" on its vaccination program. France will receive at least 2 million AstraZeneca doses from the stock of 29 million doses found in Italy. 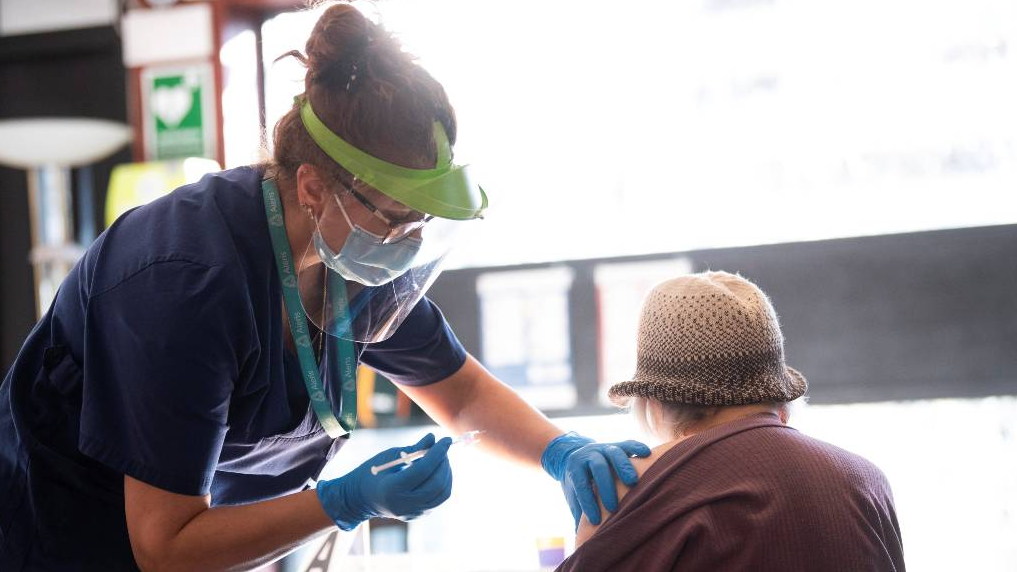 Sweden will not meet its target to fully vaccinate all adults by June 30, amid delays to vaccine deliveries, the country's vaccine coordinator Richard Bergstrom said. /Reuters

Sweden will not meet its target to fully vaccinate all adults by June 30, amid delays to vaccine deliveries, the country's vaccine coordinator Richard Bergstrom said. /Reuters

Schools in Belgium are closed a week before the Easter holidays were due to begin, as part of stricter measures to contain a new flare-up of COVID-19. But the French and Flemish education ministers have both been skeptical of the move.

Access to non-essential shops was restricted from Friday, and that's led to a drop in turnover of between 60 and 85 percent, according to trade federation Comeos.

It surveyed non-essential businesses forced to allow access by appointment only and found the disparity in rules between non-essential and essential shops was confusing for shoppers, and that the sector risks a loss of one billion euros.

The government is expected to relax restrictions again from mid-April, if the COVID-19 infection rate allows.

Hungary may hold off broadly reopening society until half the population is vaccinated – perhaps by late May or June. The government backflip was flagged by the minister responsible for healthcare late on Sunday, following weeks of record infections and deaths.

Previously, Prime Minister Viktor Orban had regularly said the target was to begin reopening once a quarter of the 9.7 million population had been given at least one dose of vaccine. Currently more than 1.9 million people have had one dose.

After stepping outside the European Union's strategy and buying vaccines from Russia and China, Hungary's vaccine imports and inoculations are the highest per capita in the EU. 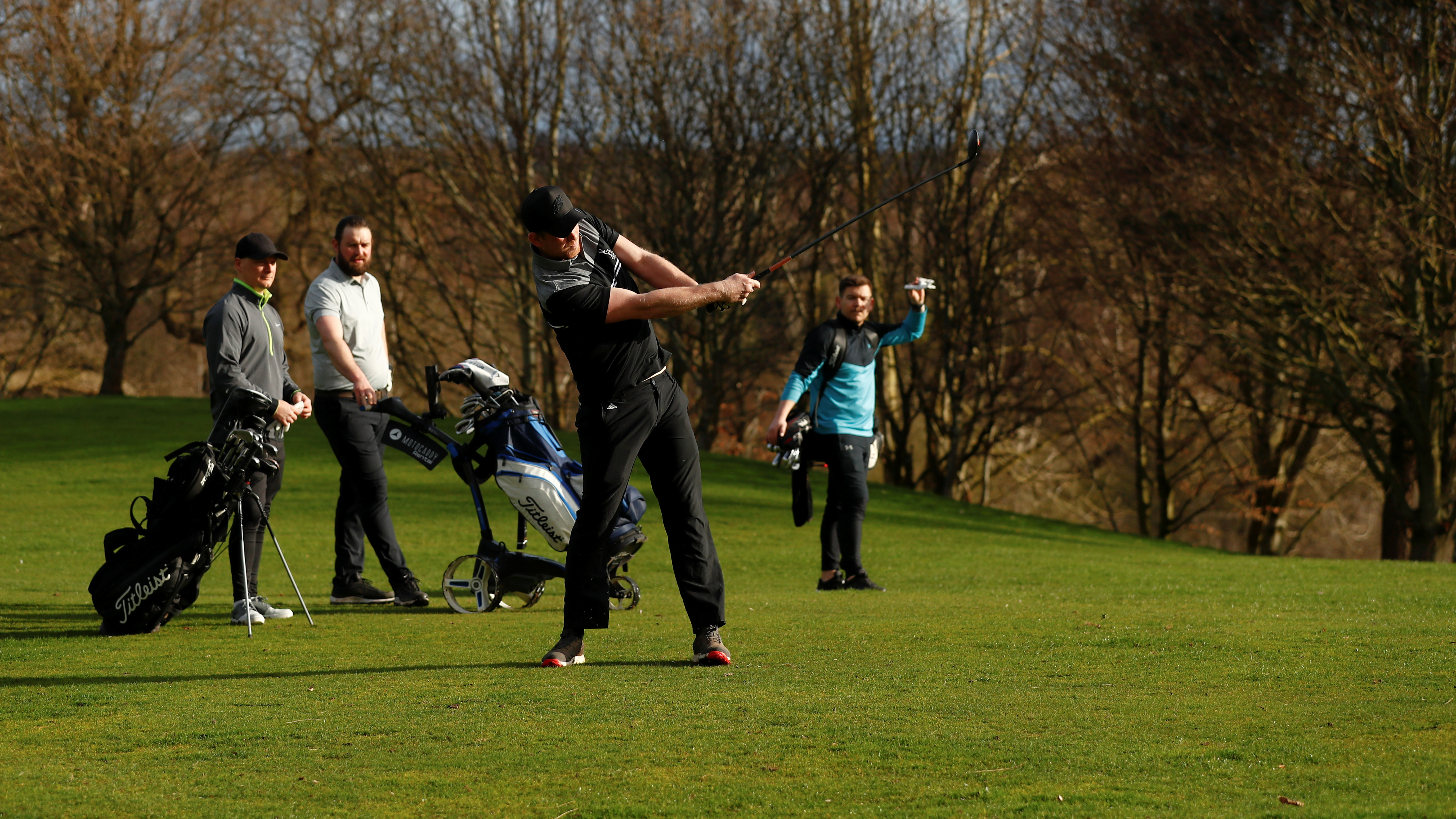 People in England can meet outdoors in groups of up to six, while outdoor sports such as golf, tennis and cricket can also resume. /Reuters

People in England can meet outdoors in groups of up to six, while outdoor sports such as golf, tennis and cricket can also resume. /Reuters

Chancellor Angela Merkel looks to be preparing a public power challenge to Germany's state premiers, as few of them have suspended the easing of lockdown restrictions despite a rise in coronavirus infections.

"I really don't know now whether testing and strolling, as it is now called in Berlin, is the right answer to what is currently going on," Merkel said, referring to businesses that are still open in the German capital despite the average number of new cases rising above the threshold that should constitute a shutdown.

The chancellor suggested that legislation guiding the response to the pandemic, known as the Infection Protection Act, could be soon revised to give the federal government more decision making power. "I will not stand idly by for 14 days," Merkel declared.