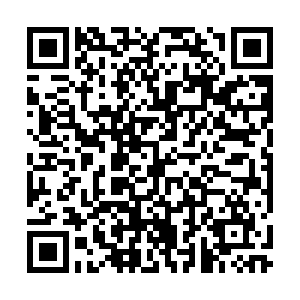 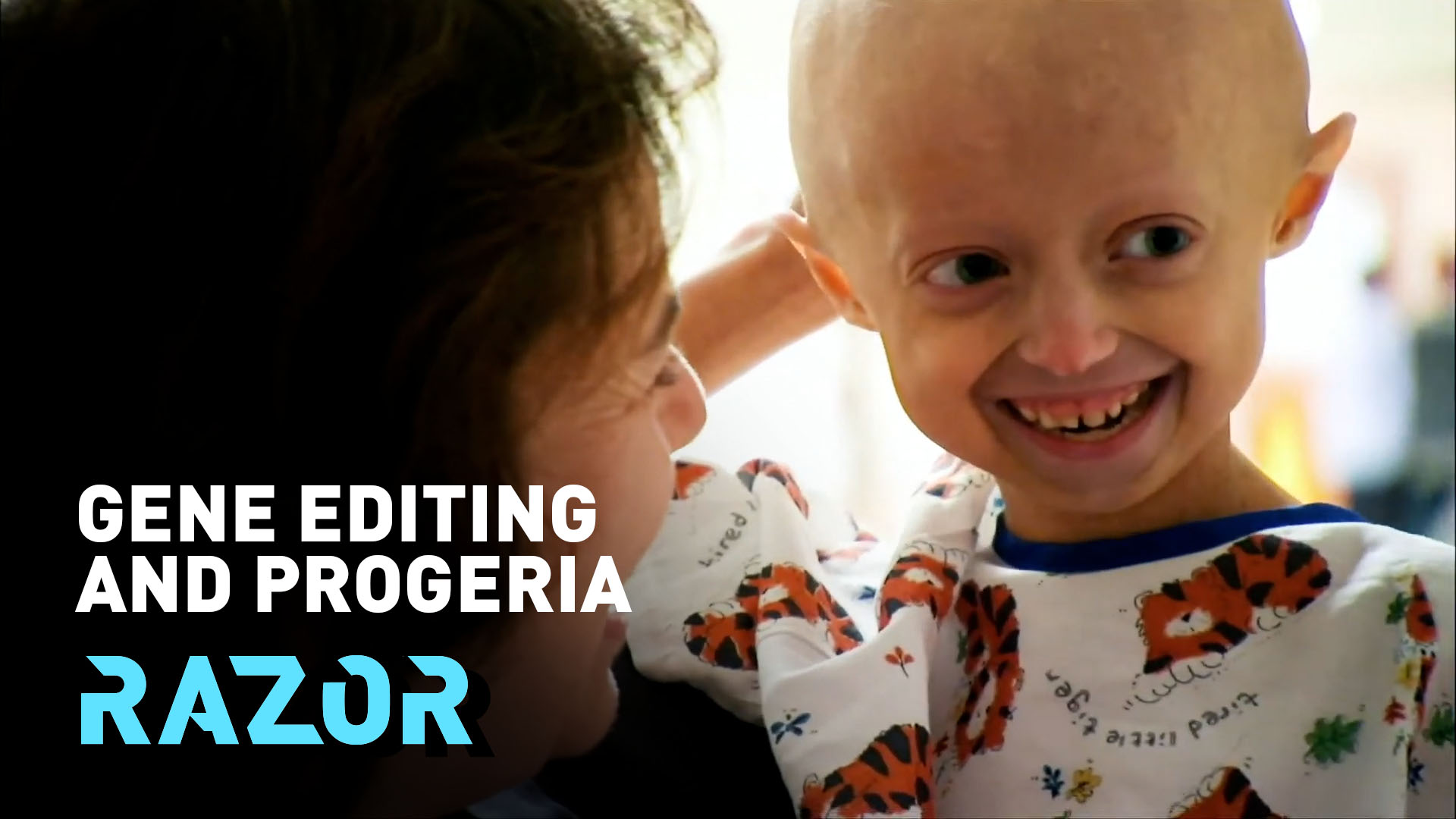 Progeria is a rare genetic condition that makes a child's body age rapidly. Leslie Gordon has dedicated decades to finding a cure and not just because she's a professor of pediatric medicine. She has very personal reasons for her quest: In 1998, her son Sam Berns was diagnosed with progeria.

"Children with progeria are born looking pretty normal," she tells CGTN's RAZOR, "but within the first year, they start to fail to thrive. They don't grow well, they're very thin, they lose their hair, their joints are contracted, they have bone problems."

Their brains aren't affected, meaning they can go to school and mix with their peers, but accelerated premature cardiovascular disease means children with progeria die at an average age of 14 years old.

Facing a race against time and highly aware that there was very little study in the area, Gordon and her husband, fellow pediatric professor Scott Berns, established the Progeria Research Foundation to "jump-start the field."

It did more than that, raising money and starting a medical research committee. "We were able to discover the gene mutation that caused progeria," says Gordon, followed by the world's first clinical trial and then first approved treatment for progeria. 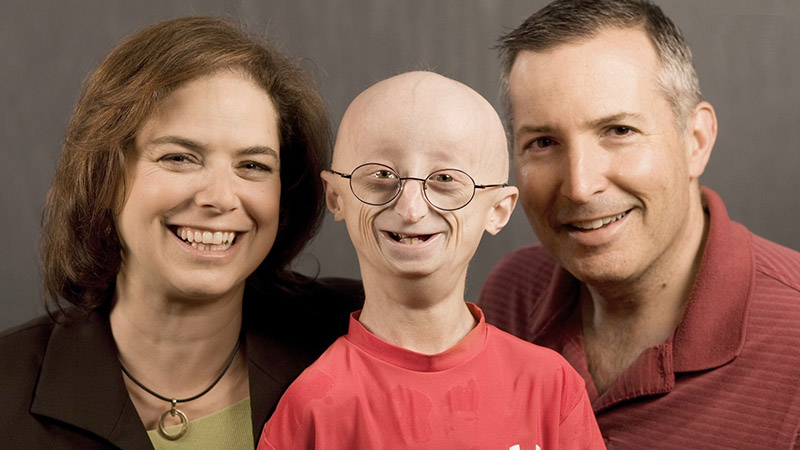 Sam Berns with his parents Leslie Gordon and Scott Berns, who set up the Progeria Foundation. /Berns-Gordon Family

Sam Berns with his parents Leslie Gordon and Scott Berns, who set up the Progeria Foundation. /Berns-Gordon Family

Meanwhile, Sam Berns became known around the world for his affable, articulate awareness-raising, both before and after his death in 2014: His TED Talk My philosophy for a happy life has been viewed more than 45 million times.

Each of us has around 25,000 genes and a single letter change in our DNA can cause genetic disorders. In this case, a protein called Lamin-A turns into progerin – a protein we all have, usually produced at higher rates as we age, but in children with progeria it's 100 times higher than normal.

"Once we understood that," says Gordon, "we were able to really find the cause at the genetic level, the protein level, the biologic level – and do a lot of great things." And one possibility is gene editing – finding and correcting the mutation back to the normal DNA sequence. 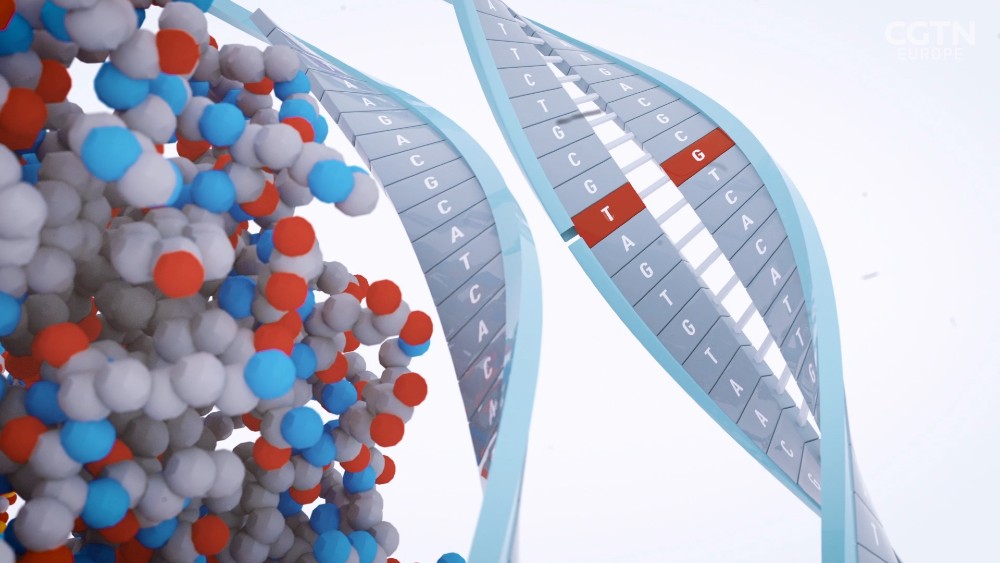 A single letter change in a DNA 'base pair' can cause genetic problems. /VCG

A single letter change in a DNA 'base pair' can cause genetic problems. /VCG

At the cutting edge of research into "base editors" is David Liu, a professor at the Broad Institute of MIT and Harvard – and he says he was inspired by Gordon's son.

"I saw a TV interview with Sam Berns, and that planted the seed of awareness that progeria is this terrible genetic disease," he tells RAZOR. "Children with progeria are these amazing, thoughtful, articulate, wonderful people, who are all aware that they are going to pass away much earlier than their peers."

"David came to a scientific workshop in 2018," remembers Gordon, "and had already done some beautiful work showing that in cells of children with progeria, he could correct the mutation. And we talked about how to launch forward in a bigger way."

Thus began a multiple collaboration, and the initial results from a study into mice with the human progeria gene are incredibly positive. Injecting the young rodents, Liu was astonished by the results.

"They lived almost two-and-a-half times as long – it was frankly hard to believe," he says. "We were really amazed at the extent to which the single injection of the base editor extended the lifespan of these progeria mice." 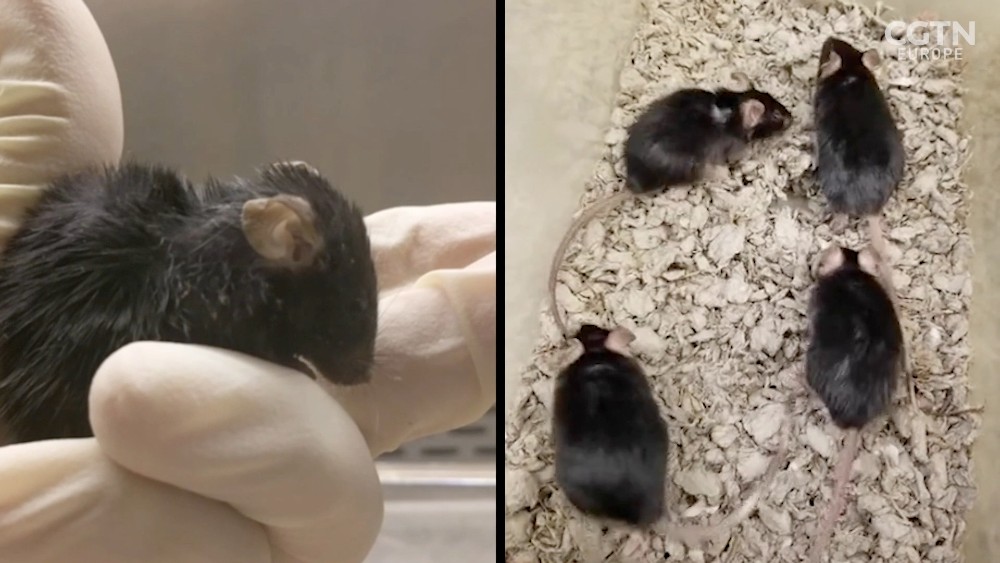 The progeria mice injected with the base editor, right, lived almost twice as long as the control group, left. /CGTN

The progeria mice injected with the base editor, right, lived almost twice as long as the control group, left. /CGTN

It's early days, but the possibilities are as obvious as they are enormous. "I realize a mouse is not a child, and transferring something from mice into children is a big leap," admits Gordon. "But we see incredible potential. I truly hope that as we look at this base editing as potential treatment, that we can move towards bringing it into the clinic, into trials for the children."

Liu acknowledges that "there's quite a bit of work needed before we can be prepared to treat a human progeria patient," but that work is under way. "We're trying to advance our current base editor, as well as develop and apply improved ones – and, of course, we are also working on a number of other genetic diseases.

"Being at the frontier of medicine means there are a lot of unknowns and no new medicines are without risks," he warns. "But medicine is all about balancing risk and benefits to offer a better situation for patients and their families."

And as Gordon can attest: "A single day in our children's lives is absolutely invaluable."

CLICK FOR MORE CUTTING-EDGE SCIENCE AND TECH FROM RAZOR