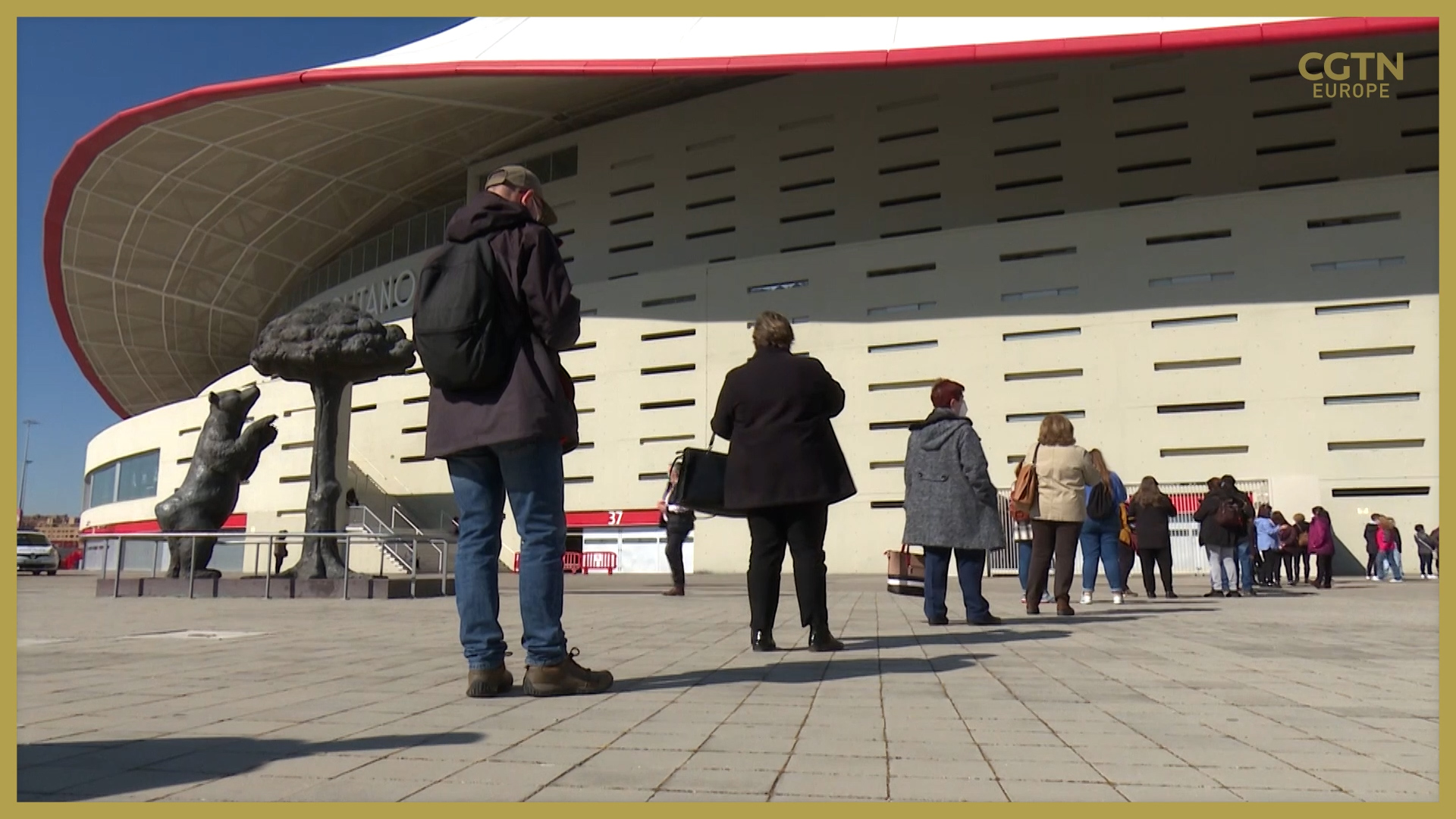 On Wednesday, Spain resumed use of the AstraZeneca COVID-19 vaccine. It was one of several European countries that had suspended its roll-out over safety concerns.

However, an EU investigation gave the drug the all-clear last week, allowing Spain to restart its AstraZeneca program, meaning mass-vaccination centers reopened and the queues were back outside the Wanda Metropolitano Stadium.

The home of Atletico Madrid football club had been converted into a mass vaccination center. But for the past few days, it had been closed after Spain suspended the use of the AstraZeneca vaccine due to fears it may cause blood clots.

However, last week an investigation by the European Medicines Agency gave the jab the all-clear, saying the benefits far outweighed the possible health risk.

The big difference in this new roll-out is the age limit of those allowed to take the vaccine. That has now been raised from 55 to 65.

However, public confidence in AstraZeneca has gone down, with a recent YouGov survey finding 56 percent of Spaniards thought the jab unsafe.

Paqui Colmenero is a nurse, she told Cgtn Europe: "Initially, I had some doubts but we must have confidence in this process. If not, we will never move forward. We've got to trust the experts."

Teacher Antonio Ruiz was also getting the jab. He said: "I wasn't too worried. Look, I know the risks, but it's something we have to do. It's our duty as citizens and an act of solidarity with the rest of the people." Drive-through vaccine centers have also been set up to help the country achieve its 70% target. /AFP

Drive-through vaccine centers have also been set up to help the country achieve its 70% target. /AFP

Carmen Guerrero is vice-director of Nursing Emergency Services in Madrid. She said it was vital that public confidence in the AstraZeneca vaccine was restored.

"Of course, we have to work hard now to recover the time we lost in recent weeks. The only way to fight the virus is to try to immunize as many people as possible as quickly as we can," she told CGTN Europe.

Officials at the Wanda stadium hope to return to their target of 10,000 shots per day. But what will take longer is the return of people's confidence in the vaccine.

Spain's Health Minister Carolina Darias said the public had nothing to fear.

"As I have said on other occasions, I repeat that the vaccines are safe, effective and they save lives," she said.

The government insists its 70 percent summer target for the nation is still on track, but it will be hoping there are no more unforeseen issues on the horizon.