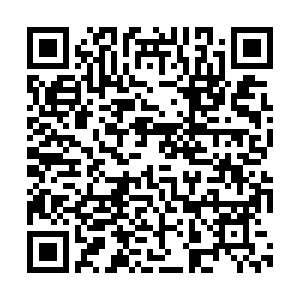 A digger is seen attempting to move the bank of the canal after the ship ran aground. /Suez Canal/AFP

A digger is seen attempting to move the bank of the canal after the ship ran aground. /Suez Canal/AFP

The Suez Canal, which cuts through Egypt to connect the Mediterranean and the Red Sea, has been blocked by a cargo ship that has run aground.

Images showed the Ever Given perpendicular to the canal, clearly blocking other ships from passing. It is being helped out by an army of tugs and support from the banks including a digger, which appeared to be attempting to free the bow of the ship.

According to freighter information on MarineTraffic, the ship sails under the Panamanian flag and was built three years ago.

It was en route to Rotterdam, Netherlands from China before it hit trouble. The canal is a key waterway for the global freight business. It usually carries more than 50 ships per day.

"We've got an awful lot of deals ongoing at the moment, coming in from China, from Malaysia and Vietnam off ... a lot of cargo is carrying essential health care kits suitable for COVID-19. This really is the wrong time for this to happen," he told CGTN Europe. 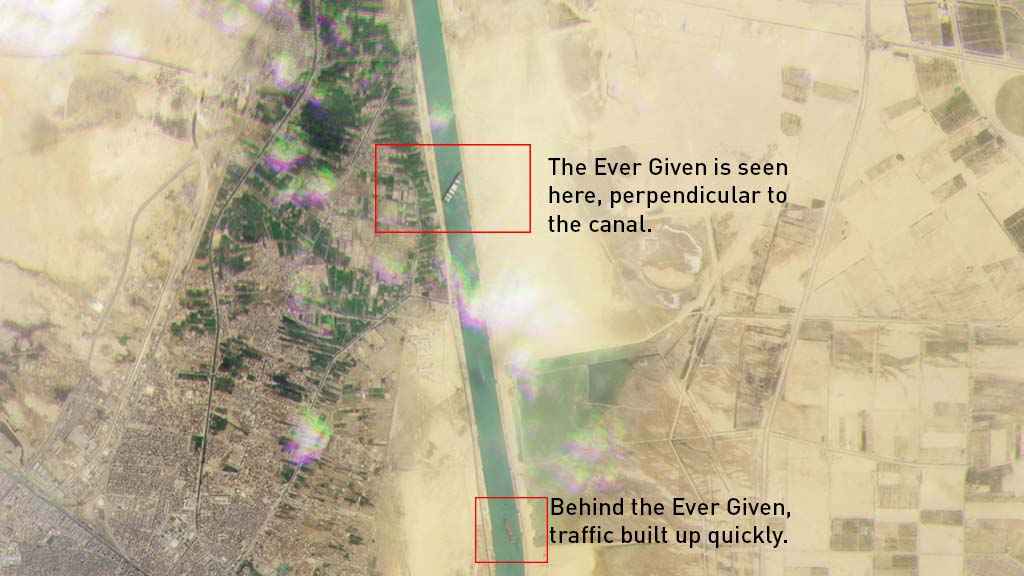 Satellite images show the Ever Given stuck in the canal and perpendicular to its usual direction. /Planet Labs

Satellite images show the Ever Given stuck in the canal and perpendicular to its usual direction. /Planet Labs

The company that operates the ship, Evergreen Marine, explained the incident was caused by unexpected high winds.

"[The craft is] suspected of being hit by a sudden strong wind, causing the hull to deviate ... and accidentally hit the bottom and run aground."

Chapman said this raises serious issues about the size of modern freighters and the possibility of such incidents recurring.

"We all know in shipping this sort of thing happens – that strong winds have a huge impact on such large vessels. One might be able to question this new era of super-maxed-out size vessels carrying 20,000 TUs [20-foot equivalent containers] ... We've got to ask ourselves the question, what other significant impact could this have on other scenarios in the future?" 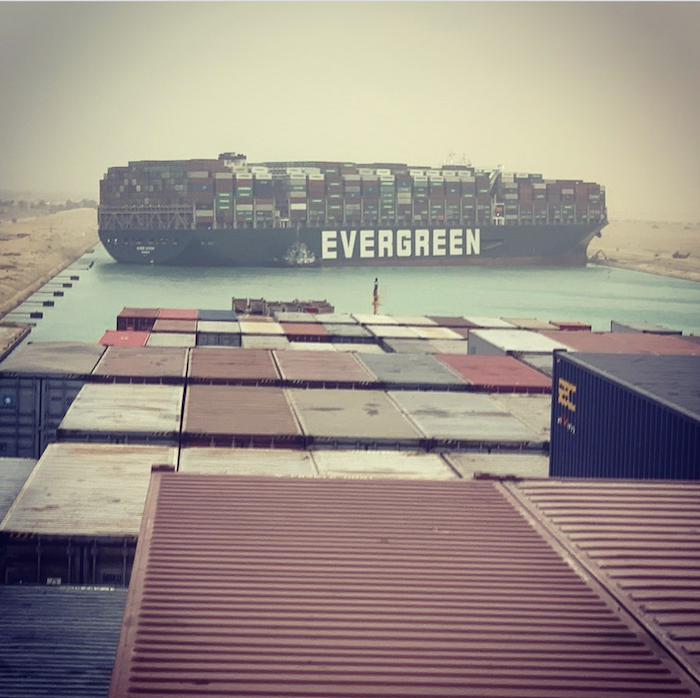 The Ever Given is thought to carry around 20,000 containers and, according to Marine Traffic, its draught (how deep the ship sits in the water) is currently 15 meters.

That has prompted some to question whether the ship will need to be unloaded before it can move off the canal banks.

"If they are unable to pull her free ... in a high tide, they are going to have to start removing cargo," said maritime historian Sal Mercogliano.

He added: "This is the largest vessel ever to go aground in the Suez Canal," explaining that the ship got lodged in the embankment and would have lost power and its ability to steer.

If the efforts to remove the Ever Given take much longer, Chapman said shipping firms will have to decide if it's best to wait, or invest in the much longer and more expensive trip around South Africa's Cape of Good Hope, a route undertaken by sailors in previous centuries.

"If the Suez Canal is blocked for more than a day ... the other option really takes us back a long time to hundreds of years ago ... to pass down through the Southern African region all the way around," he explained.