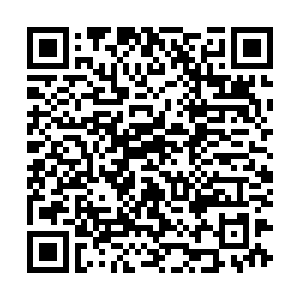 - France's Prime Minister Jean Castex received a first dose of the AstraZeneca jab live on television on Friday in the hope it will restore public confidence in the vaccine.

- Europe currently doesn't have enough vaccines to contain a third wave of the virus and restrictions already eased may need to be reimposed to slow the spread, Germany's Health Minister Jens Spahn admitted. "The rising case numbers may mean that we cannot take further opening steps in the weeks to come. On the contrary, we may even have to take steps backwards," he added.

- Belgium's Prime Minister Alexander De Croo has said the country still has time to stop a third wave of the virus. "After a long plateau phase, we are now at the foot of what could become a new wave. It is still possible to turn a wave into a wavelet," he added.

- The variant first discovered in the UK now makes up more than 60 percent of new cases in Poland and "we are moving towards 80 percent," government spokesman Wojciech Andrusiewicz said.

- Italian citizens who refuse to get the AstraZeneca jab will be offered an alternative later on, Franco Locatelli, the chief of Italy's Superior Health Council, has said.

- Switzerland has postponed plans to ease its restrictions amid a surge in infections. "The risk of an uncontrolled increase in the number of cases is currently too great for further openings. In addition, too few people have yet been vaccinated to prevent a sharp rise in hospitalizations," the government said in a statement.

- Finland has suspended the use of the AstraZeneca jab while it investigates two possible cases of blood clots in patients who have had the vaccine, the Finnish Institute for Health and Welfare said.

- The World Health Organization says the benefits of the AstraZeneca vaccine continue to outweigh its risks and the available data do not point to any overall increase in blood clotting conditions. The body said it would, however, continue to monitor its effects.

- Germany, Spain, Slovenia, France, Italy, Latvia, Bulgaria and Slovenia are among the countries to say they will resume the use of the Oxford University-AstraZeneca jab in the coming days, following a report from the EU's drug regulator, the European Medicines Agency (EMA), that said the jab was "safe and effective," despite reports of a very small number of blood clot incidents from people who had received it.

- Norway, Sweden and Denmark have decided to continue to pause their AstraZeneca vaccine programs in order to conduct their own reviews on the EMA's decision. Denmark's health agency has said it will decide next week whether the jab will be used again, once the ten reported cases of blood clots of people who had the vaccine are fully processed.

- Czechia has agreed to extend its restrictions on movement between districts beyond March 21 until further notice amid a spike in cases, Health Minister Jan Blatny said.

- More regions in France, including Paris and the rest of the Ile-de-France region, will enter a four-week lockdown from Friday night following a surge in new infections, Prime Minister Jean Castex has said. In the lockdown, schools will remain open but all non-essential shops will have to shut.

- Hungary could have a restriction-free summer, according to Prime Minister Viktor Orban, who added that the country can start its first stage of easing once a further 1 million citizens have been vaccinated. His comments came shortly before Hungary recorded its highest number of daily cases since the start of the pandemic on Friday (10,759).

Sixteen French regions go back into lockdown at 11 p.m. GMT on Friday. The measures affect 21 million French citizens in Paris, Lille, Nice, Calais and Amiens. It will last at least a month and will be in place seven days a week, unlike some of the Saturday-Sunday shutdowns France has imposed previously.

But, unlike the first lockdown in spring 2020, schools will stay open and universities can continue hybrid learning. Food shops, pharmacies, hairdressers and bookstores will stay open but non-essential shops like clothes stores and florists have to shut. The nationwide curfew hours have been relaxed by an hour and will now start at 7 p.m. (curfew runs across the whole country every night until 6 a.m.).

The national AstraZeneca vaccination campaign restarts on Friday following the EMA's decision on Thursday. France's Prime Minister Jean Castex received a dose on Friday, a move he hopes will "show the French public they can have full confidence" in the Anglo-Swedish drugmaker's shot.

Belgium's COVID-19 committee will meet on Friday – a week earlier than planned – as infections spike at an alarming rate.

The group was expected to ease measures at its next meeting, but with infections up 34 percent in the past week and hospitalizations up 27 percent, it could be forced to do the opposite. A warm spell two weeks ago, which drove hoards of people to parks and other public places, is partly to blame for the jump in infections.

Spain will lift its suspension of the AstraZeneca COVID-19 vaccine.

This comes after the European Medicines Agency on Thursday said it was "safe and effective."

Spain's Health Minister Carolina Darias said it would resume administering the vaccines from next Wednesday.

She added that health experts from Spain's 17 regional governments, will meet this weekend to discuss which parts of the population should get the jab.

Previously, the AstraZeneca jab was only given to healthy people aged 55 and under. 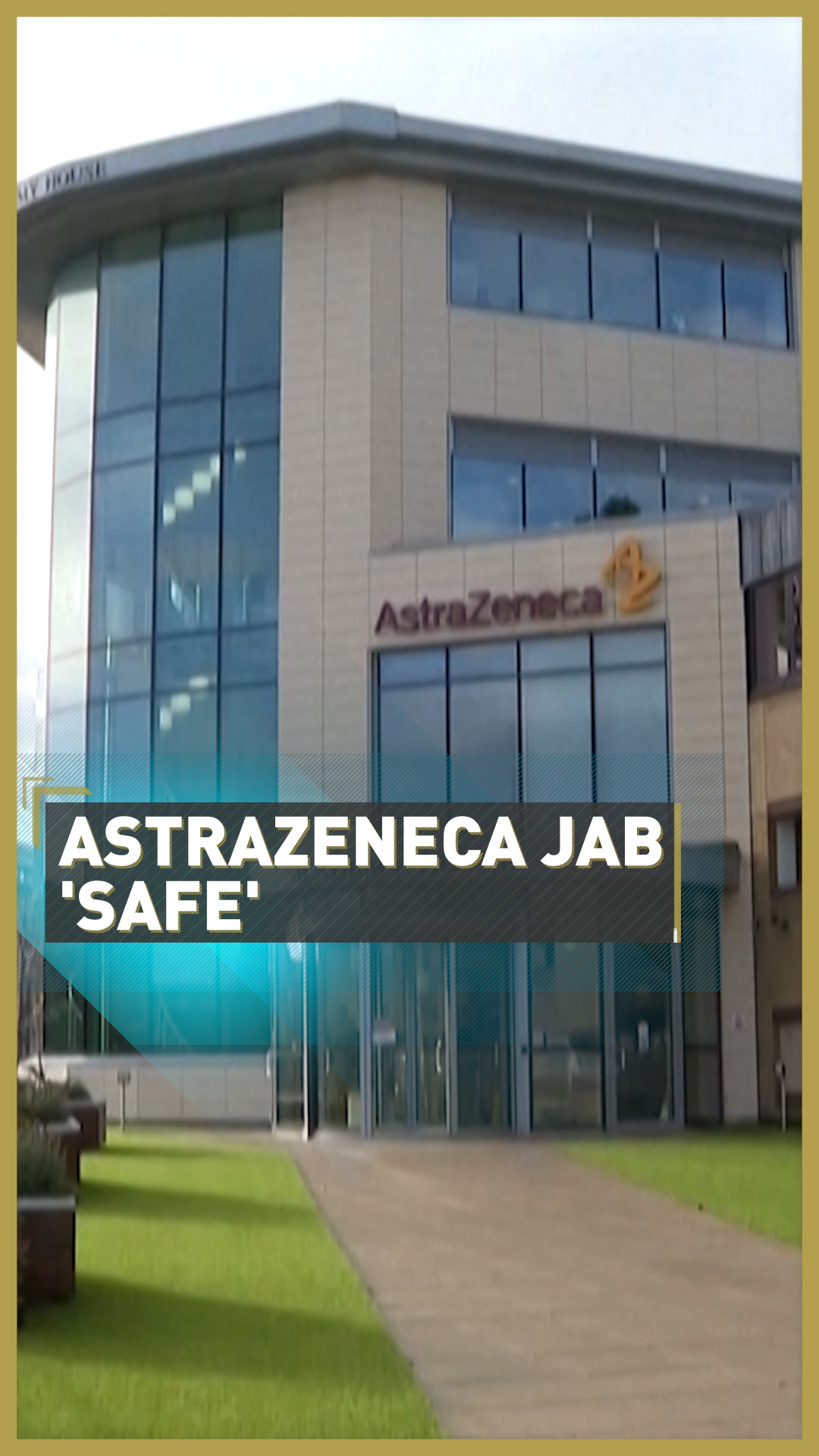 Despite the concerns that fewer vaccines will be available in the UK during April, Prime Minister Boris Johnson says there will be no change to the vaccination program that has so far offered protection to more than 25m people.

Johnson will receive his first dose of the AstraZeneca vaccine on Friday and insists on its safety and that England's route out of lockdown is on track.

London Mayor Sadiq Khan has been on Twitter warning of a longer lockdown unless people stick to the rules this weekend. He urged people to remember what's at stake, in case they're tempted not to follow regulations.

Hungary has recorded its highest number of daily deaths for the third day in a row: 213 people passed away within the past 24 hours. Experts say infections may increase "tremendously" due to circulation of the variant first discovered in the UK but it's understood the country is near the peak of the third wave.

Prime Minister Viktor Orban has spoken on radio this morning announcing restrictions will remain the same for at least a week. The government will decide on Easter restrictions separately and announce any changes next Friday. Orban says the country can begin a gradual reopening once 2.5 million people have been vaccinated. So far, more than 1.4 million people have received a vaccine.

The latest data from Germany's Robert Koch Institute show there have been 17,482 new COVID-19 infections recorded – a 36 percent increase compared with the same day last week. It comes as state leaders are expected to discuss the vaccination campaign today, following yesterday's decision to resume AstraZeneca jabs after the EMA dismissed concerns over blood clots.

On Monday, Chancellor Angela Merkel is planning to meet state leaders again to discuss lockdown measures. With Germany now in the grip of a third wave, no further relaxations are expected. Moreover, the country could return to the tougher measures seen earlier in the pandemic. 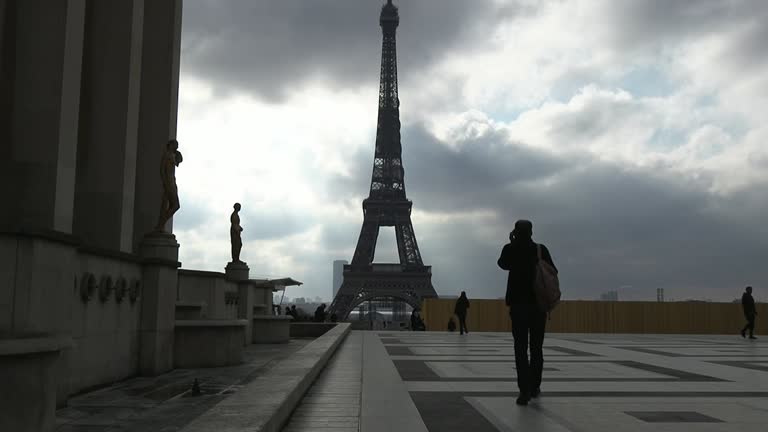 More regions in France, including Paris and the rest of the Ile-de-France region, will enter a four-week lockdown from Friday night. /Reuters

More regions in France, including Paris and the rest of the Ile-de-France region, will enter a four-week lockdown from Friday night. /Reuters

CGTN Africa: Facing COVID-19 at a refugee camp in Syria