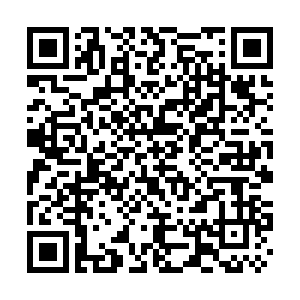 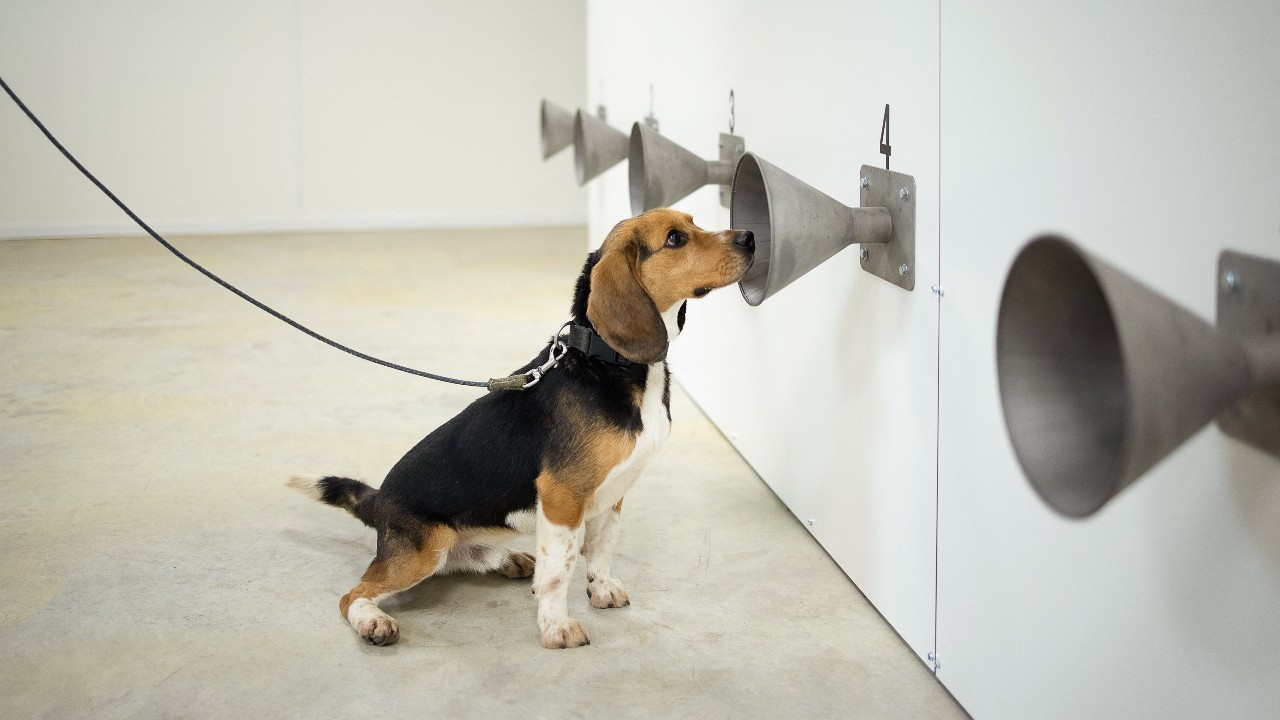 Authorities across the world are investigating the possibility of using dogs to sniff out COVID-19 cases – but not all of them are going on to employ the technique on the front line.

The latest research in Germany found the canine COVID-19 detectives were around 95 percent accurate in identifying the presence of the coronavirus. The research, published last Friday (March 5) on the bioRxiv website and yet to be peer-reviewed, tested dogs' ability to identify traces of COVID-19 in various bodily fluids.

It expanded an earlier test in which experts from Hanover's University of Veterinary Medicine worked at Germany's armed forces school for service dogs, training the canines to sniff out the "corona odor" that comes from cells in infected people.

Which dogs are best at detecting COVID-19?

After the preliminary research, the clinical lead Holger Volk told Reuters: "Dogs can really sniff out people with infections and without infections, as well as asymptomatic and symptomatic COVID-19 patients."

With sweat samples, the dogs recorded 91 percent sensitivity and 94 percent specificity; with saliva, 82 and 96 percent respectively; and with urine, 95 and 98 percent.

How dogs can smell our suffering

With 220 million scent receptors, compared with 5 million to 10 million in humans, dogs are thought to be between 10,000 and 100,000 times more sensitive than us to odors. This superpower has long been harnessed in crime prevention, such as with narcotics dogs at airports, but it has been increasingly tested for possible medicinal use.

From as little as smelling breath, dogs have been used to detect various cancers, malaria, Parkinson's disease, migraines, low blood sugar and narcolepsy (for which they can be trained to raise the alarm before the sudden and potentially dangerous onset of drowsiness). 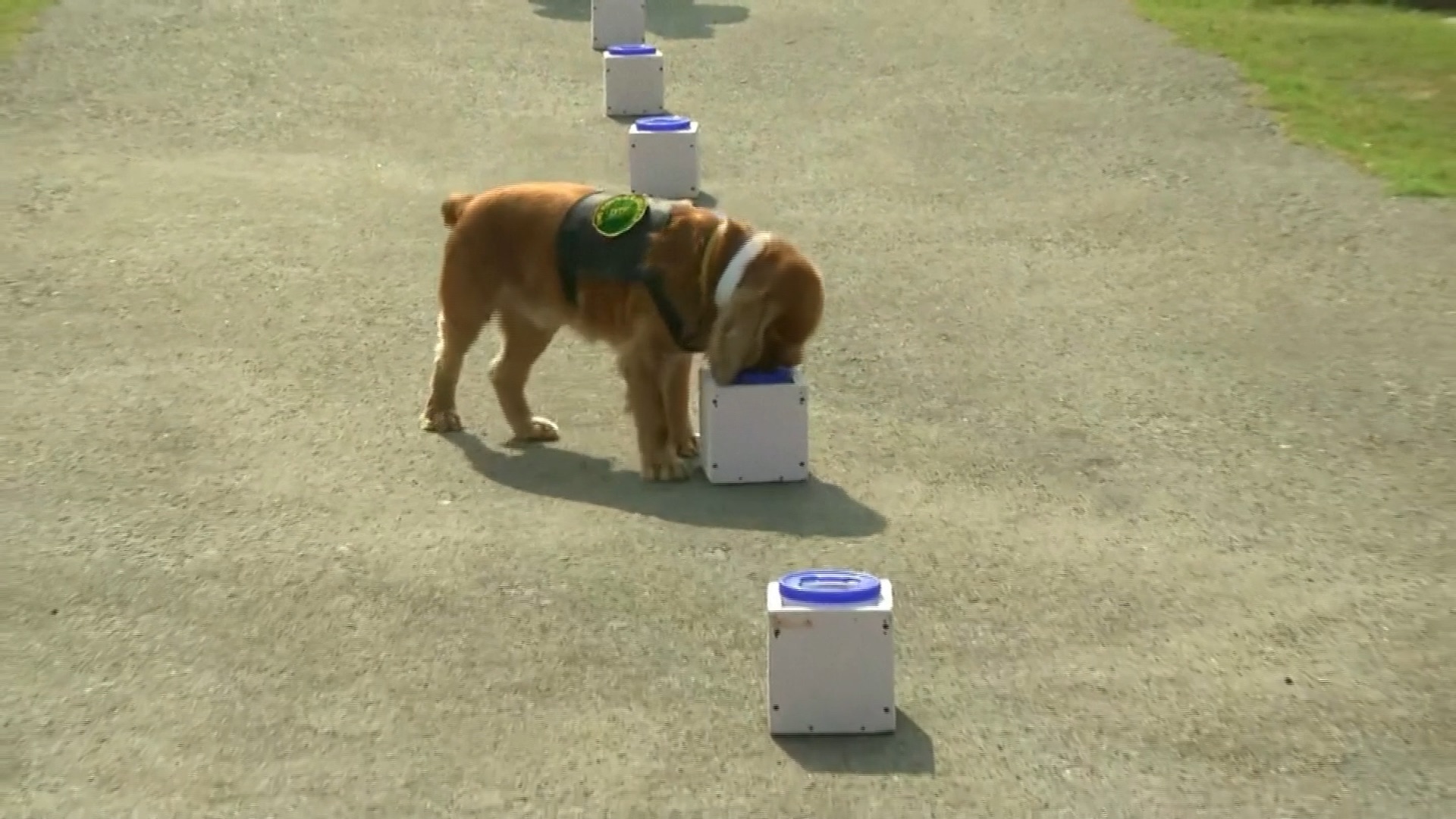 Following the same thinking, various global authorities have tested or trialed the use of sniffer dogs in combating COVID-19. In collaboration with the Swiss Army and the United Nations Department of Safety and Security, researchers at Geneva University Hospitals have started a four-week trial exposing dogs to samples from sick and healthy people.

In early February, the Indian army began to train dogs to sniff the sweat and urine of asymptomatic soldiers and preliminary results indicated a similar success rate to the German trials. "Based on the data from the samples which we have tested till now," Indian Army dog trainer Colonel Surender Saini told Reuters, "we can infer the ability to detect the disease is more than 95 percent."

Similar dog trials have also taken place in the UK, France, Italy and Chile, among other places.

Moreover, the dogs may have an advantage in that they seem to be able to detect the disease more quickly than conventional testing.

Alongside the mandated polymerase chain reaction (PCR) tests, Belgian soccer club KV Oostende piloted a scheme with the K9 Detection sniffer dog company, the CEO of which, Johan Weckhuysen, said: "In 99.5 percent of the cases, our finding was in line with the result of the PCR test" – but also that the dogs also smelled the "corona odor" from the first day of infection, whereas PCR tests can be unreliable for the first few days.

However, not all authorities are deciding to use dogs. After a pilot project at Helsinki Airport late last year, Finland's ministry of social affairs and health pulled the plug on the scheme. "There isn't enough evidence that dogs can detect COVID-19," ministerial counsellor Anni Virolainen-Julkunen told the Helsingin Sanomat newspaper. 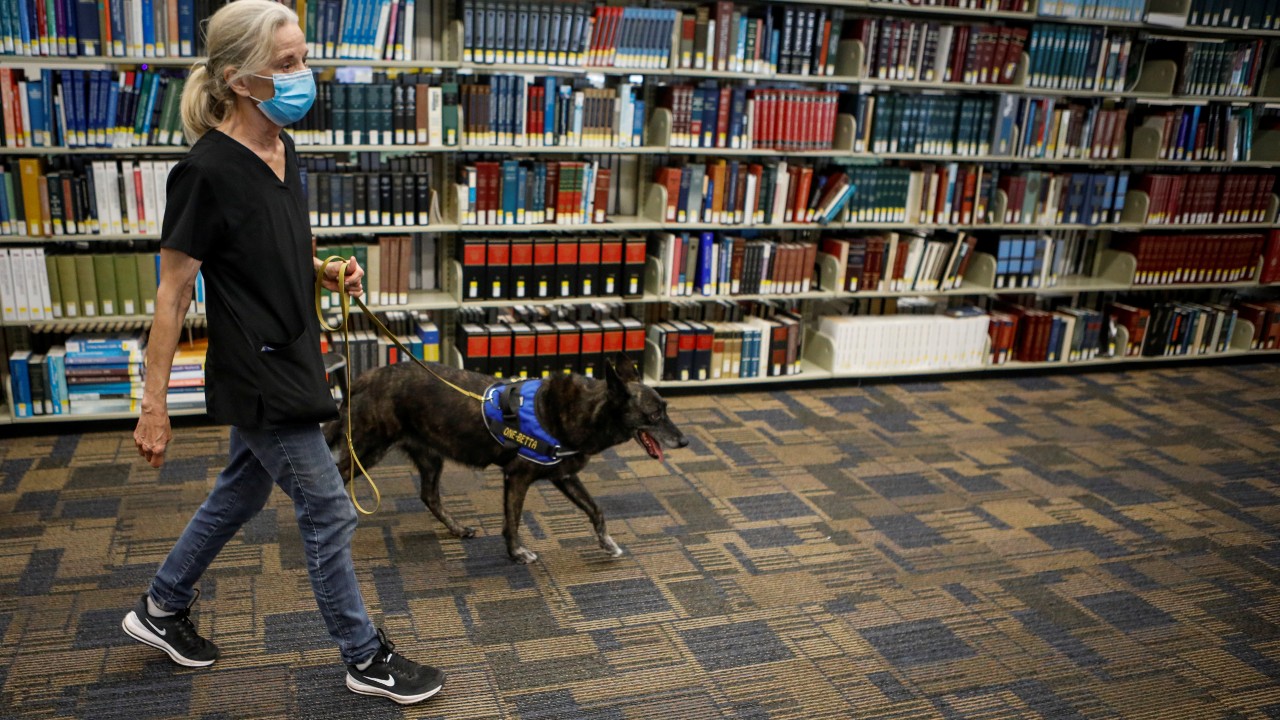 That provoked a bemused response from those on the front line, especially as the dogs again registered an accuracy rating of 90 percent. "We don't understand why you wouldn't make it possible to use dogs as part of official activity to fight a pandemic," said Finnish Customs director general Hannu Makinen.

Finnish Customs enforcement director Mikko Gronberg was equally mystified: "When you're talking about millions of passengers, anything that's an improvement over making guesses would take the process in the right direction."

Gronberg may be right. Given that COVID-19 is often asymptomatic, dogs could help pinpoint sufferers before the humans even know they are infected. And, moreover, the presence of man's eternally vigilant best friend may put some minds at rest.

When Miami's American Airlines Arena reopened for a basketball game on January 28, host team Miami Heat assured fans that entrants would be screened using "coronavirus sniffer dogs" at the door – and the following month, the nearby Florida International University hired a sniffer dog team to patrol the premises.

The science of canine COVID-19 detection may yet be unproved, but with the leisure and travel industries in dire straits, they may seize upon any way to set the public at ease.