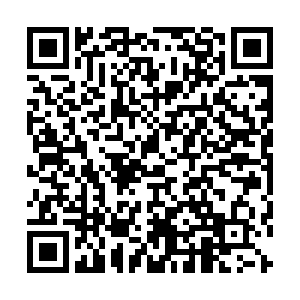 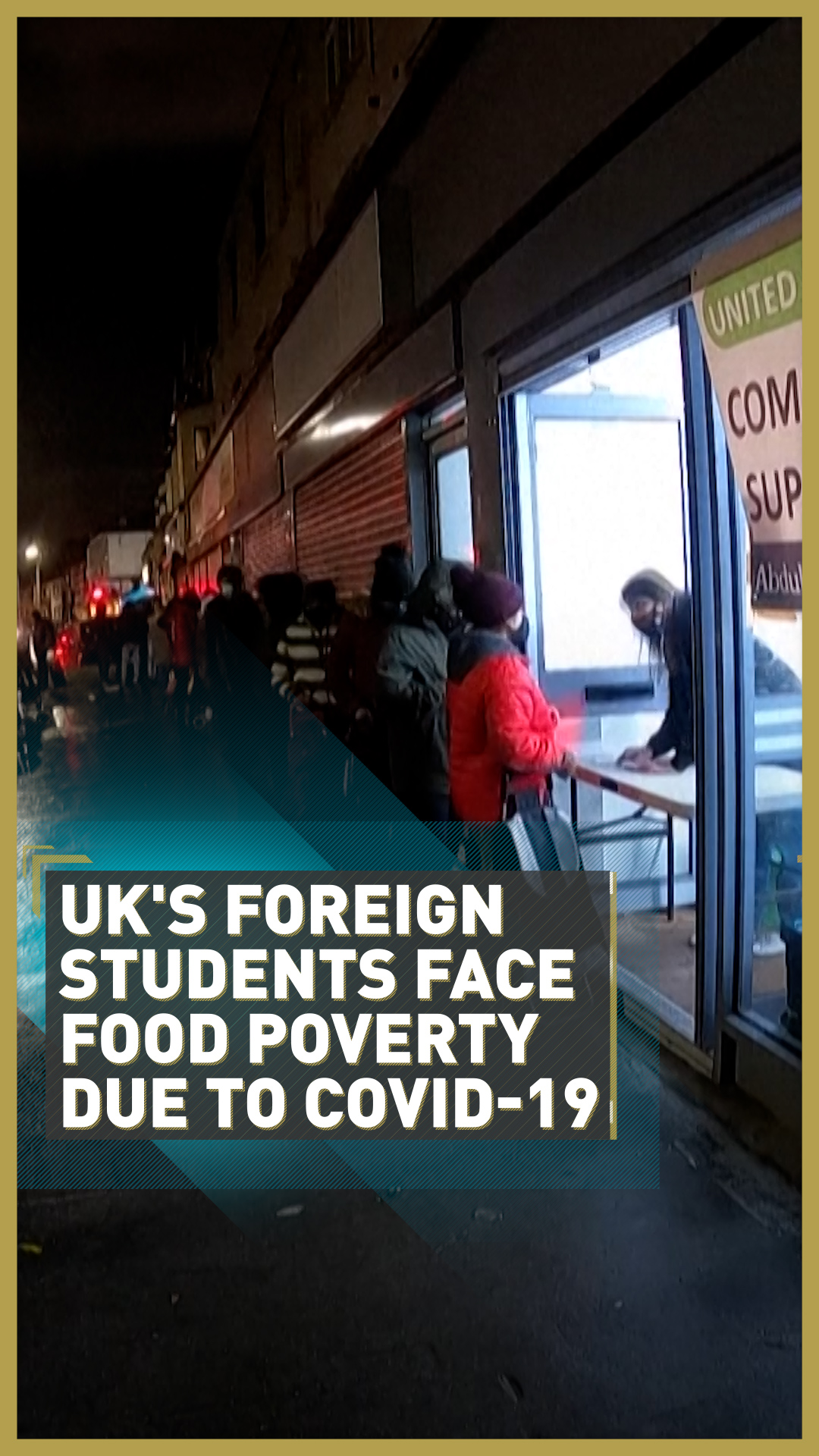 On a cold rainy evening in East London, dozens of foreign students queue for hours outside a crowded food bank.

It was set up by Newham Community Project to help the local community during Ramadan in April 2020, initially preparing and distributing 20 to 30 food packs daily.

But within four weeks, the demand for these food parcels soared and it was serving 800 people a week, mostly students.

"We had intended to run it only during the month of Ramadan," Newham Community Project founder Elyas Ismail tells CGTN Europe. "But we saw a massive demand, a massive need, as more and more students started coming to us for food essentials – so we couldn't close it."

Ten months after starting as a supposedly temporary project, it now feeds 2,000 students a week. 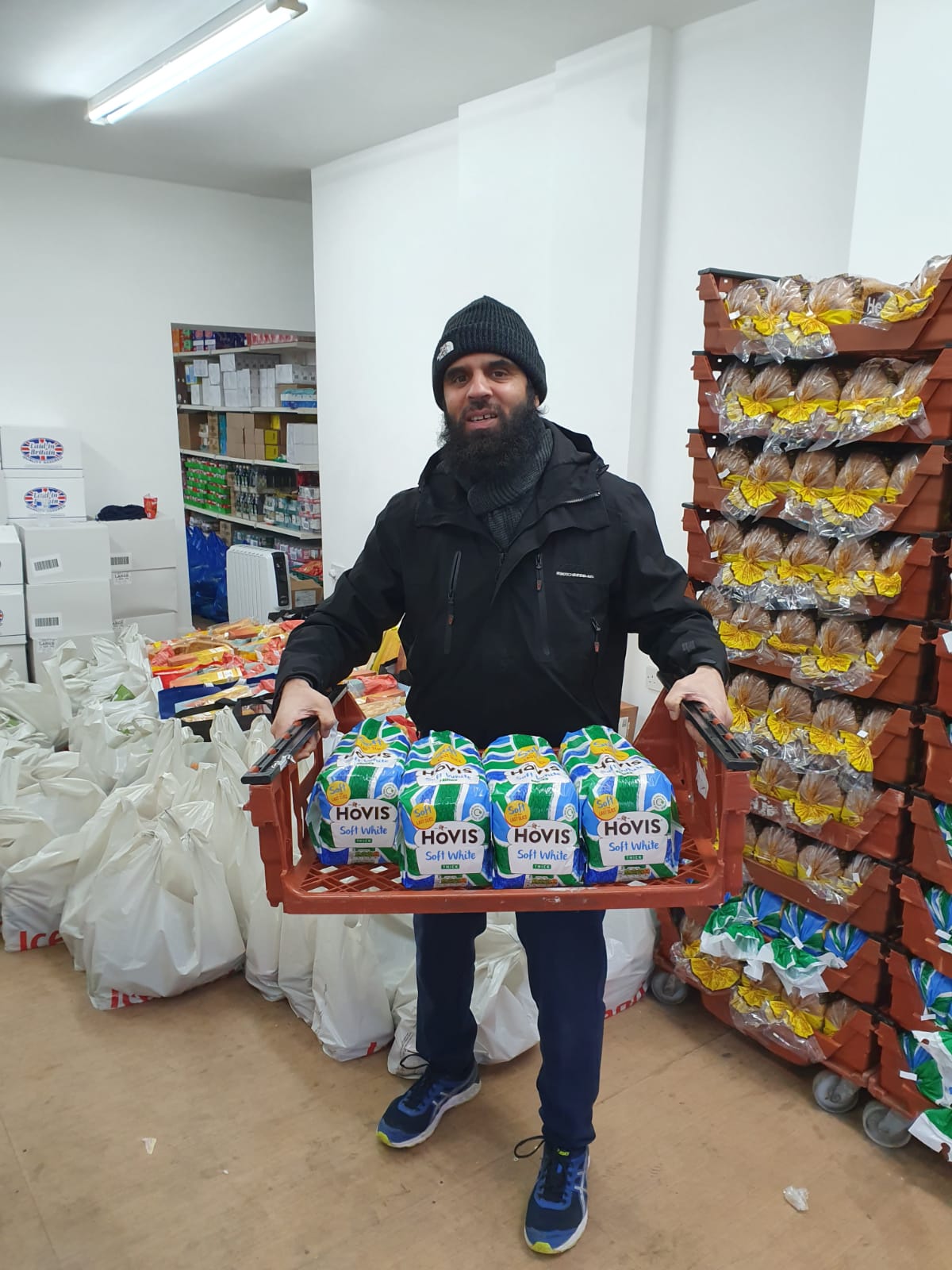 Many foreign students who have come to Britain to pursue their dreams of a world-class higher education have instead found themselves plunged into pandemic-driven poverty.

They had planned to finance their stay through part-time jobs but with COVID-19 restrictions in place and many sectors forced to make job cuts, they have no hope of earning a wage that will help them cover their living expenses.

The food bank hands out the parcels four nights a week, and has been a lifeline for the students, many from India.

"It's hard to survive here without jobs, without money," says Ankita Bholaiibi, an MSc Computer Science student in London. "We need rice, oil, milk, bread. It's essentials [that we] need so it's a mess for every person." 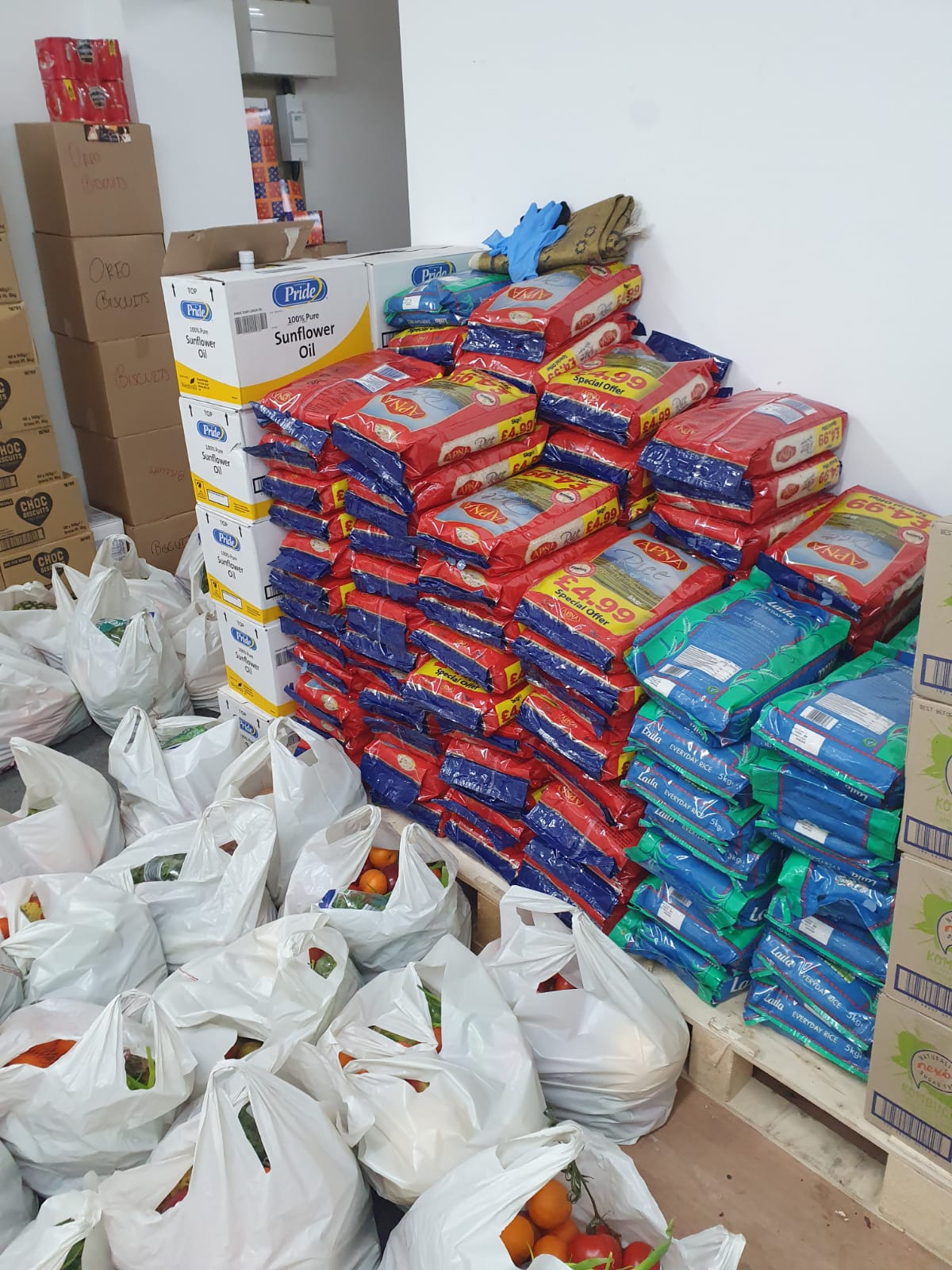 The food bank has taken some of the burden off these foreign students as they continue to struggle to cover their living expenses in the UK. /Newham Community Project

The food bank has taken some of the burden off these foreign students as they continue to struggle to cover their living expenses in the UK. /Newham Community Project

Not being able to put food on the table has been one of many challenges they are faced with – they have also struggled to keep up with their university fees and rent payments. And some of them are also "navigating the UK immigration system," says Ismail.

All of this has taken a toll on their mental health, but Ismail and his team of 30 volunteers are doing all they can to support them through these challenging times – offering counseling services as well as facilitating access to legal and immigration advice.

"It's honestly heartbreaking," says food bank volunteer Aamina Asmal. "They've come here for a better life, a better future and they come with all these promises.

"They get here and they have part-time jobs – and then obviously COVID-19 happens and it's all destroyed."