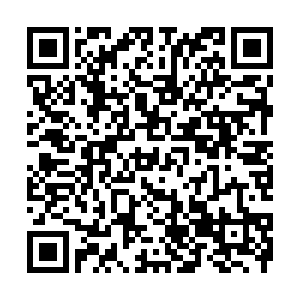 A Catholic priest in Slovakia whose group has been volunteering both medical and spiritual assistance since January. /AFP/Vladimir Simicek

A Catholic priest in Slovakia whose group has been volunteering both medical and spiritual assistance since January. /AFP/Vladimir Simicek

At least 20.5 million "years of life" have been lost to the COVID-19 pandemic, according to a team of global researchers.

Some 1,279,866 people had died with the virus at the time of their report and by analyzing the Human Mortality Database and the World Population Prospects, the article in Scientific Reports showed how much expected lifetime has been lost.

Researchers at universities in five countries looked at figures from 81 countries. They found that years of life lost (YLL) to COVID-19 totaled between two and nine times years lost to seasonal flu.

Questions over COVID-19's mortality rate, and how its danger to life must be balanced with mental health and economic concerns have been challenging governments and health authorities since the beginning of the pandemic.

But this paper dispels doubts over deaths attributed to the pandemic, by analyzing "excess deaths" alongside COVID-19 diagnosis and death records.

"To put the impacts of COVID-19 on YLL in perspective, we compare it against the premature mortality impacts of three other global common causes of death: heart conditions (cardiovascular diseases), traffic accidents (transport injuries), and the seasonal flu, or influenza.

"We find that in heavily impacted highly developed countries, COVID-19 is two to nine times [as impactful on YLL as] the common seasonal influenza ... between two and eight times traffic-related YLL rates," the authors wrote. The study also confirmed the elderly have been the worst-affected group in terms of death rates, but three-quarters of the YLL are attributed to deaths of those aged under 75.

The researchers added that gender disparities became clear once they began looking into the data.

"In the sample of countries for which death counts by gender are available, men have lost 44 percent more years than women."

There are two reasons for the gap. Firstly, the average age-at-death is slightly higher for women, at 75.9 years compared with 71.3 years for men. And globally more men have died with COVID-19 than women.