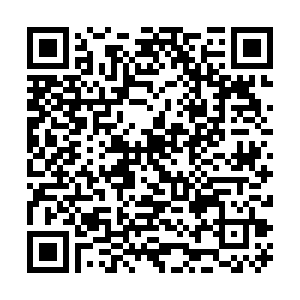 - Police in Italy investigating fake vaccines have interviewed a Veneto regional official who said he received offers to buy 27 million doses of the Pfizer-BioNtech jab outside the EU procurement system.

- Denmark has closed some of its border crossings with Germany following a surge in infections in the German town of Flensburg. Thirteen crossings will be closed, while nine others will receive increased security.

- The number of vaccines administered worldwide has passed 20 million, according to the latest figures from Our World In Data.

- Czechia has ordered 12,000 doses of an antibody treatment made by U.S. firm Regeneron ahead of its registration by European authorities, the country's prime minister Andrej Babis said. "Four thousand will come in March, the same in April and May," he added.

- Russia has approved a third vaccine for domestic use, the country's Prime Minister Mikhail Mishustin said. However, the CoviVac shot is yet to be put through large-scale clinical trials.

- Almost 300 homeless people have been vaccinated in Romania, making it one of the first countries in Europe to prioritize the vulnerable category. "These people are among the most exposed to infection risk. It's hard for most of them to follow infection control measures," junior health minister Andrei Baciu said.

- Several cities in France may require further regional lockdown measures amid a surge in the spread of the virus, health minister Olivier Veran has said.

- Poland's health minister Adam Niedzielski has said the government was considering imposing stricter restrictions at the country's borders with Czechia and Slovakia due to their rising number of cases.

- Greece has extended its lockdown measures to more regions of the country in a bid to slow the spread of the virus. From Saturday the islands of Kalymnos, Cephalonia and Thassos, the city of Heraklion in Crete, Corinth, Nemea and Argos in the Peloponnese and the municipality of Evosmos in the north will be in lockdown until at least March 1, authorities said.

- French police have urged people to stay at home and avoid the temptation of meeting up with friends this weekend, despite temperatures being expected to soar across the country.

- World Trade Organization director-general Ngozi Okonjo-Iweala has urged the UK not to wait to send vaccine doses to less developed countries, but to donate them straight away because "it's in the interest of rich countries as well as poor countries to have equitable access."

- The Dutch senate has approved the legislation submitted by the government to maintain a night-time curfew in the Netherlands after a court ruled earlier in the week that the measure lacked legal justification and called for it to be dropped. An appeal ruling in that case will be issued in The Hague next Friday. 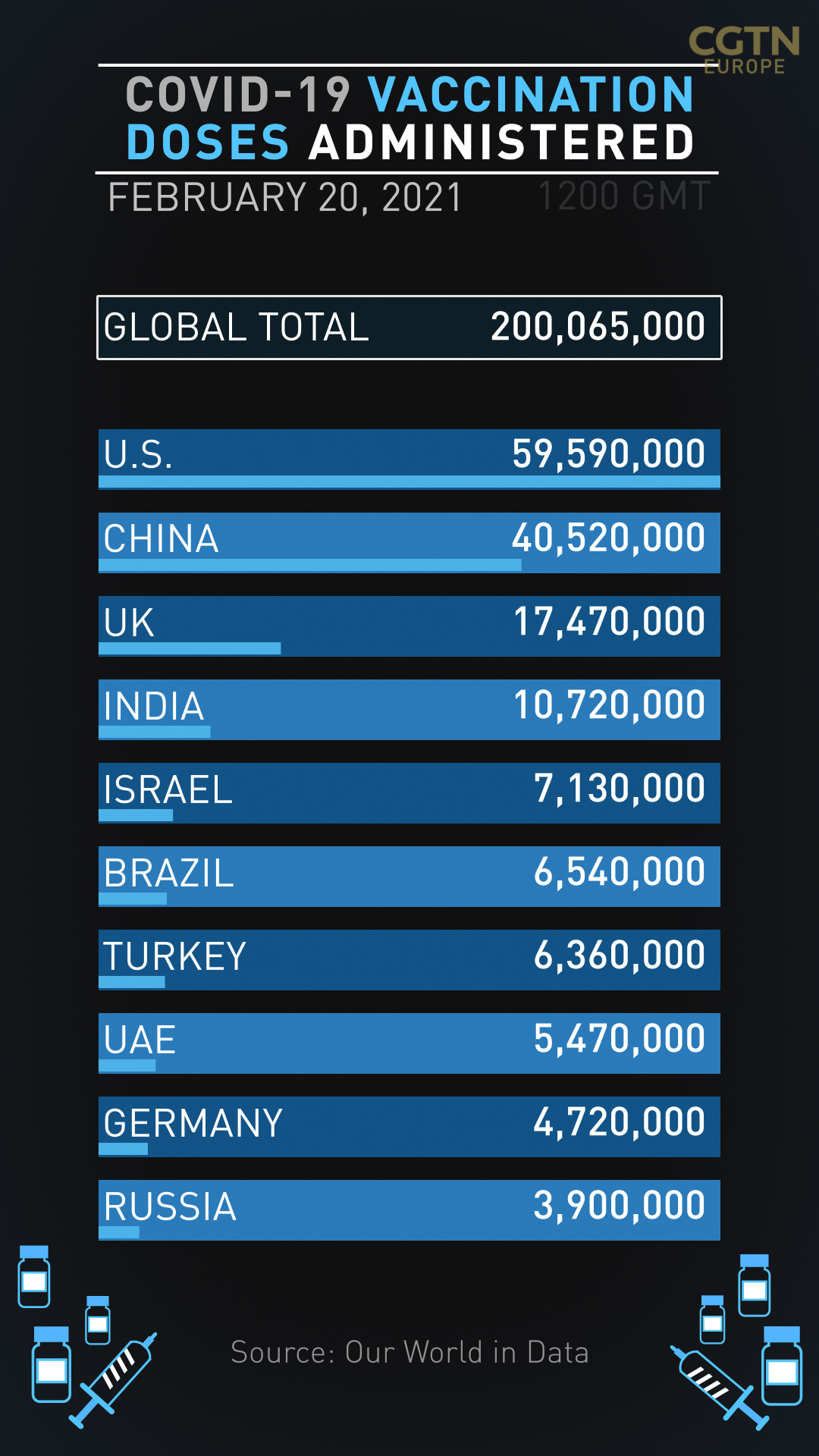 More details are emerging about the UK's roadmap out of lockdown due to be announced on Monday.

Schools are expected to reopen from March 8. Care home residents will be allowed one visitor from that date as well. They must undergo a rapid test before entering and they will be able to hold hands with elderly loved-ones but not hug or kiss.

It is what comes after which still remains less certain. Prime Minister Boris Johnson wants progress to be "cautious but irreversible." That is likely to mean a two- to three-week gap between actions so experts can break down the data and assess its impact.

The re-opening of non-essential shops may follow. By Easter Sunday, which lies on April 4 this year, small outdoor gatherings between households may also reportedly be permitted. There is some pressure to allow pubs to serve takeaway drinks by then too. 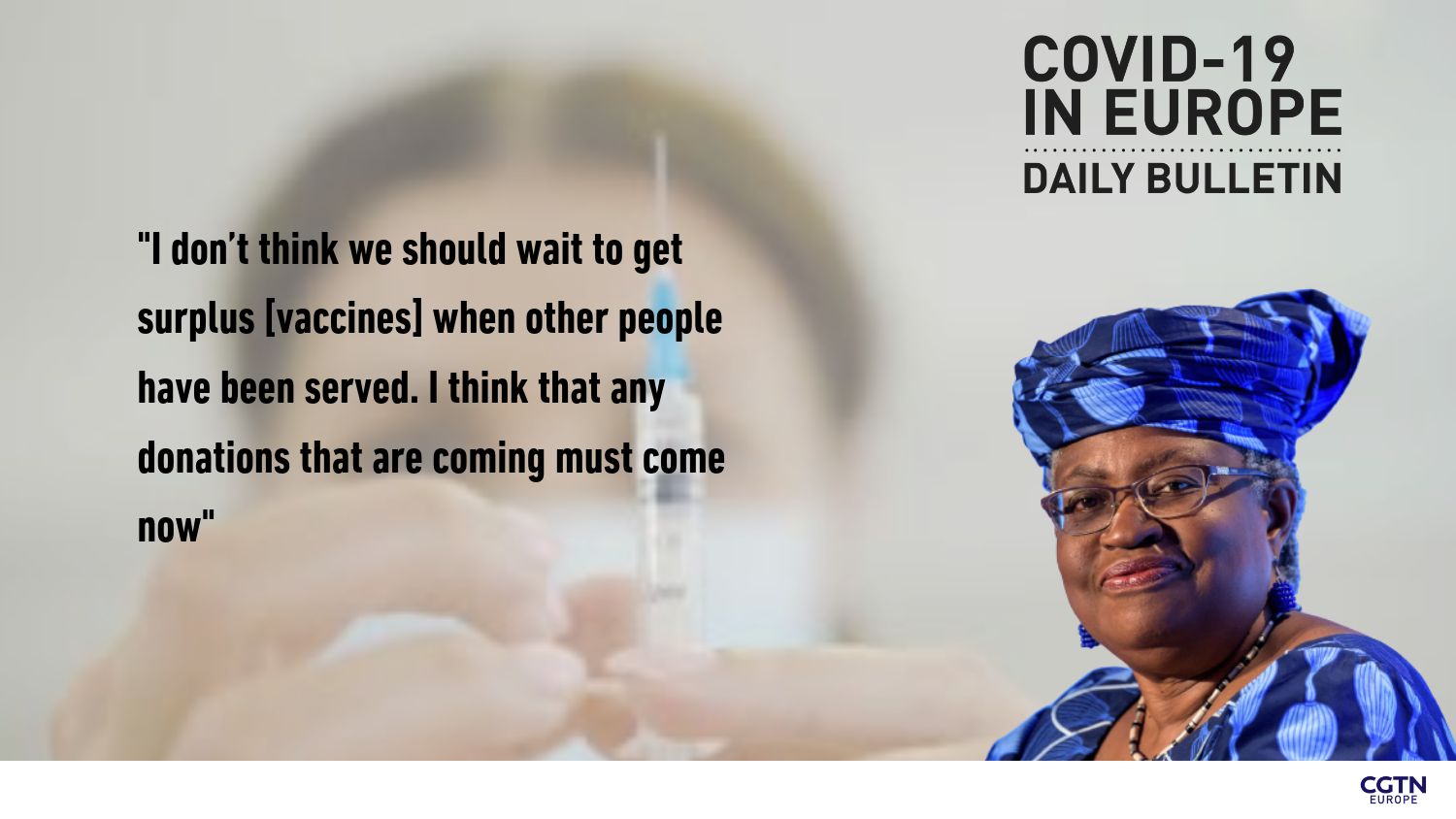 Several of Spain's regions are relaxing coronavirus restrictions due to falling infection rates. Madrid, Navarre and the Canary Islands are all easing mobility measures from Monday.

However, all three regions still have an infection rate far higher than the central government deems safe. Spain's health ministry says the 14-day infection rate should be 250 per 100,000 people, with anything above that regarded as high risk. Madrid's infection rate currently stands at 427, although the rate has been falling steadily in recent weeks.

Greece has extended its lockdown measures to more regions of the country in a bid to slow down the spread of the virus. From Saturday the islands of Kalymnos, Cephalonia and Thassos, the city of Heraklion in Crete, Corinth, Nemea and Argos in the Peloponnese and the municipality of Evosmos in the north will be in lockdown until March 1, authorities said.

As a result of the new lockdown, schools, non-essential shops and hair salons must all now close in these areas.

Elsewhere authorities have lifted restrictions on the islands of Santorini and Zakynthos, in Sparta and the town of Agios Nikolaos in Crete after infection numbers improved. On Friday, Greece reported a further 1,460 new cases in the past 24 hours, bringing total infections to 177,494, while deaths also rose by 1,460.

In other COVID-19 related news

Pandemic lockdown restrictions have helped a Czech vinyl record manufacturer to see a surge in business in the past year: CGTN Europe: The Answers Project – How much is a life worth?