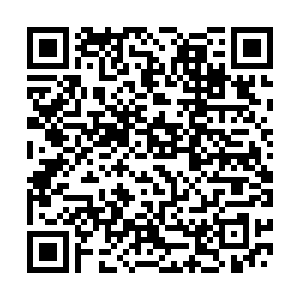 "Once or twice a year a hearing lends itself to good theater ... Thursday's hearing is one of those rarities," said Ian Katz of the political forecasters Alpha Partners.

The Congress meeting later today, with some of the main players behind the "Reddit Rally" that rattled stock markets last month, promises to be anything but a dull affair. Regulators and lawmakers still seem undecided over whether actual market abuse took place, but all are keen to get to the bottom of what is causing the recent spike in shareholder activism and what the appropriate response should be.

Elsewhere, Facebook and Australia seem to have unfriended if not blocked each other, after the tech giant took down some of the country's most visited websites from its platform. The government in Canberra has yet to rule on the controversial News Media and Digital Platforms Bill, which would oblige multinational tech firms such as Facebook and Google to pay for access to domestically produced news content. But supporters say, with advertising revenue down 75 percent since 2005, this could be the last chance for Australia to save its homegrown media industry.

Tesla is cutting the price of some of its more accessible Model 3 and Model Y SUVs. A sign perhaps that competition is hotting up in the electric vehicles market.

And he may be down but he's not out. Michael O'Leary, CEO of Irish low-cost airline Ryanair, says he plans to appeal Wednesday's decision over state aid to flagship carriers during the COVID-19 pandemic. It follows a European court of Justice ruling that the support being offered by the French and Italian authorities was not discriminatory to airlines such as his own.

Which nations have benefited most from government funds since lockdown began? Scroll down to find out.

A U.S. Congress meeting with key players in the recent "Reddit Rally" is getting under way in Washington DC. In what is expected to be a fiery hearing, the House Financial Services Committee is investigating how a campaign by amateur traders drove up shares, such as those in the retailer GameStop, by as much as 1,800 percent, wiping $19 billion off top hedge funds that had "shorted" the same stock.

The virtual event at midday will take evidence from Vlad Tenev, boss of the online trading platform Robinhood, Steve Huffman of the social news platform Reddit, billionaire financier Ken Griffin of the Citadel Securities investment fund and Keith Gill, the independent trader known online as "Roaring Kitty." Regulators and federal prosecutors are also examining whether the activities of some of those involved amount to wrongdoing

U.S. senators are known to be concerned that Robinhood temporarily restricted trading in the so-called "meme stocks" in late January, as prices boomed before falling sharply. Tenev said his company was obliged to act after receiving a $3 billion margin call from its clearing house, which strained the company's balance sheet.

The Reddit Rally has also drawn attention from Treasury Secretary Janet Yellen, who has been meeting regulators over the affair. According to a spokesman, Yellen has questioned "whether recent activities are consistent with investor protection and fair and efficient markets."

Separately Gill, or Roaring Kitty, has become the subject of a class action lawsuit for his part in the Reddit affair. Gill has submitted a written statement to the House Committee saying: "My investment in GameStop and my posts on social media were entirely my own. I did not solicit anyone to buy or sell the stock for my own profit." The lawsuit lawsuit filed by plaintiff Washington state resident Christian Iovin, accuses him of "manipulative conduct [that] violated numerous industry regulations." Claims that Gill denies.

Facebook is facing a backlash in Australia after blocking scores of sites from its platform in an escalation of its dispute with the government in Canberra. Under a proposed law from the Australian Competition and Consumer Commission, both Google and Facebook would be obliged to pay to feature locally generated news content on their platforms. Dozens of businesses, government agencies, community groups and charities have found their pages blocked since Wednesday, sparking a furious response. In a statement, Prime Minister Scott Morrison said: "Facebook's actions … cutting off essential information services on health and emergency services, were as arrogant as they were disappointing."

Facebook's managing director in Australia, said the company would restrict news "with a heavy heart" because the law "fundamentally misunderstands" its relationship with publishers.

Oil prices are at 13-month highs as the ongoing winter storms in the U.S. cause some refineries and oil wells in Texas to close. Brent crude is trading up 0.87 percent to $64.90 a barrel after hitting $65.62 in January.

Irish low-cost carrier Ryanair is to appeal, after losing the first round of its legal battle against state bailouts granted to rival airlines. The European Court of Justice ruled on Wednesday that the support packages offered to Air France-KLM and Scandinavia's SAS during the COVID-19 pandemic did not flout the bloc's rules. Ryanair has more than a dozen lawsuits active with the European Commission and various airlines over the grants, with CEO Michael O'Leary accusing nation states of "selectively gifting billions of euros to their inefficient flag carriers."

German car maker Daimler says it is expecting a jump in sales and profits this year to make up for lost production caused by the global semiconductor chip shortage. Last month, Daimler revealed group earnings before interest and taxes in 2020 of $7.95 billion and announced plans to spin off its truck division in what could be one of Europe's biggest listings this year. In a conference call, boss Ola Kallenius added that sales of electric vehicles at Daimler could double this year.

Meanwhile, more than a dozen business groups have written an open letter to U.S. President Joe Biden, calling for federal funding for the construction of domestic semiconductor chip factories. The group including the U.S. Chamber of Commerce, General Motors, Caterpillar and Medtronic, has also called for an "investment tax credit" to offset the cost of semiconductor manufacturing tools. Reliance on Asian chip exports has been highlighted as a main cause of the recent shuttering of car plants in the U.S.

Nissan says it has been forced to suspend production at two assembly plants after an earthquake that hit northeastern Japan. The sites at Oppama and Shonan, which produce Nissan's best-selling Note compact car, will halt production on two days next week after a 7.3-magnitude earthquake struck off the coast of Fukushima on Saturday, injuring scores of people and triggering widespread power outages.

European banking giant Credit Suisse has posted a 22 percent fall in net profit for 2020. The lender made a net loss of $392 million in the fourth quarter, after settling legal charges from a legacy case over the sale of mortgage-backed securities. Credit Suisse, Switzerland's largest bank, now says it plans to increase lending volumes and capitalize on the recent boom in share listings.

Credit Suisse also says it is seeking to expand its wealth management business in China through a greater onshore presence. In an interview, Chief Financial Officer David Mathers said the group was looking to increase interest in its securities joint venture to 100 percent "as soon as realistically possible."

Airbus says it delivered 566 commercial aircraft in the 12 months to the end of December – that's down from 863 aircraft in the same period a year earlier. The Toulouse-based aerospace giant has revealed an operating loss of $615 million, with revenues down 29 percent and has axed its dividend, while describing a "volatile environment" for the sector.

Barclays Bank has reported a 30 percent drop in pre-tax profits due to a rise in bad loan provision as a result of the COVID-19 pandemic. The lender warned that, as last year, costs related to the pandemic will remain high throughout 2021, but that it expects loan loss charges to be "materially below" $6.6 billion. Barclays added that it will resume paying dividends to investors and stage a $969.4 million stock buyback.

NatWest, one of the UK's "Big Four" banks, says it is pulling out of Ireland to free up capital and refocus on its core markets. Its withdrawal from Ireland, where it is the third largest lender, will concentrate the role of the Irish government in the financial sector. The ruling coalition government of Fianna Fáil and Fine Gael already owns stakes in the two largest remaining banks, Allied Irish Banks and Bank of Ireland. NatWest is the latest in a string of foreign lenders to pull back from the Irish market in recent years.

Almost 2 million people in the UK have not worked for at least six months due to the COVID-19 pandemic, according to new research. The Resolution Foundation says those affected were either unemployed or fully furloughed. It's called for existing support for the jobless to remain in place for several months after lockdown restrictions are eased.

WATCH: Berlin is going green with a new milestone "pedestrian law" to make life healthier and safer for those traveling by foot and bicycle. 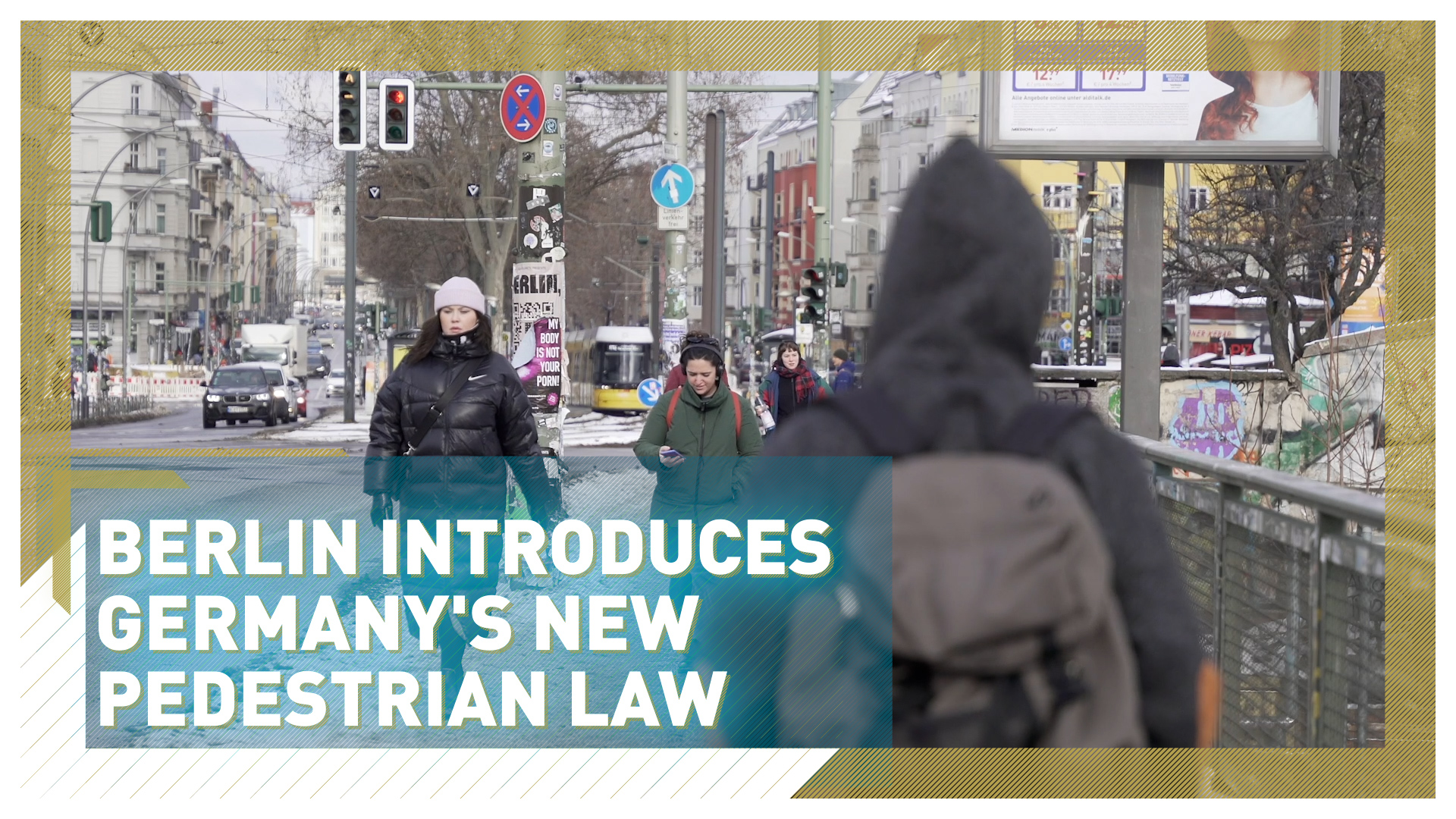 Ryanair has vowed to fight on despite losing an initial court battle against state aid granted to rivals Air France and Swedish carrier SAS. The Luxembourg-based General Court said EU rules were not broken when the airlines received bailouts. Ryanair now plans to appeal against the decision at the EU Court of Justice.

CGTN Europe spoke to Tony Payne, aviation lawyer and partner at DLA Piper, about the impact of the ruling.

I think it will be business as usual. Ryanair's fundamental challenge is simply that in their opinion, it is the state or the flag carrier airlines that are getting the benefit of the subsidies as opposed to those that do not have that flag carrier status like Ryanair. So what I think we will possibly see if Ryanair continue to be unsuccessful is the continued dominance of flag carriers, the potential consolidation of that market to the detriment of potentially non-flag carrier airlines.

Could this set a legal precedent for other industries?

There have been certain concessions that have been granted by the European Commission, which simply span the pandemic, so at some point they will stop and we will be back to business as usual. So the risk for airlines and, indeed, wider industries is trying to ensure that they can withstand the current shock situation that the pandemic is putting upon all of us. It will certainly be the case that if national utility providers, through rail, through roads, through air, continue to benefit in a way that distinguishes between them and open-market carriers like Ryanair or Norwegian or Wizz, whoever it might be.

So is this ruling significant to the wider economy?

It's a one-off and it may be significant, but I think each case will be tested on its merits and you will see if similar circumstances exist in other sectors you might start to see other test cases. But I think this is fairly unique to the aviation market in terms of these facts.

And finally, Ryanair boss Michael O'Leary claims the state support being offered to flag carriers during the COVID-19 lockdown could reshape the airline market once the pandemic is over. Which European carriers have benefited most from state support since last year? 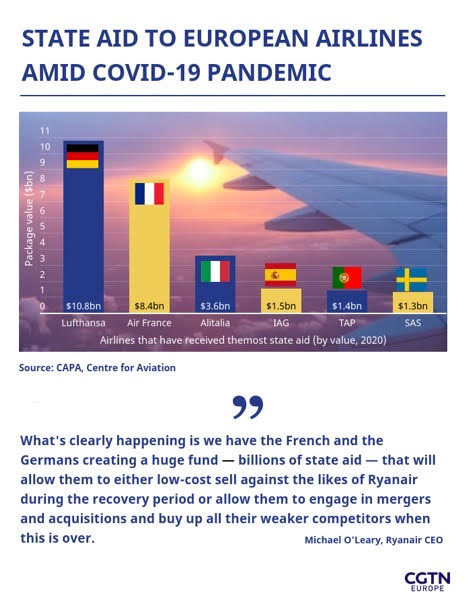