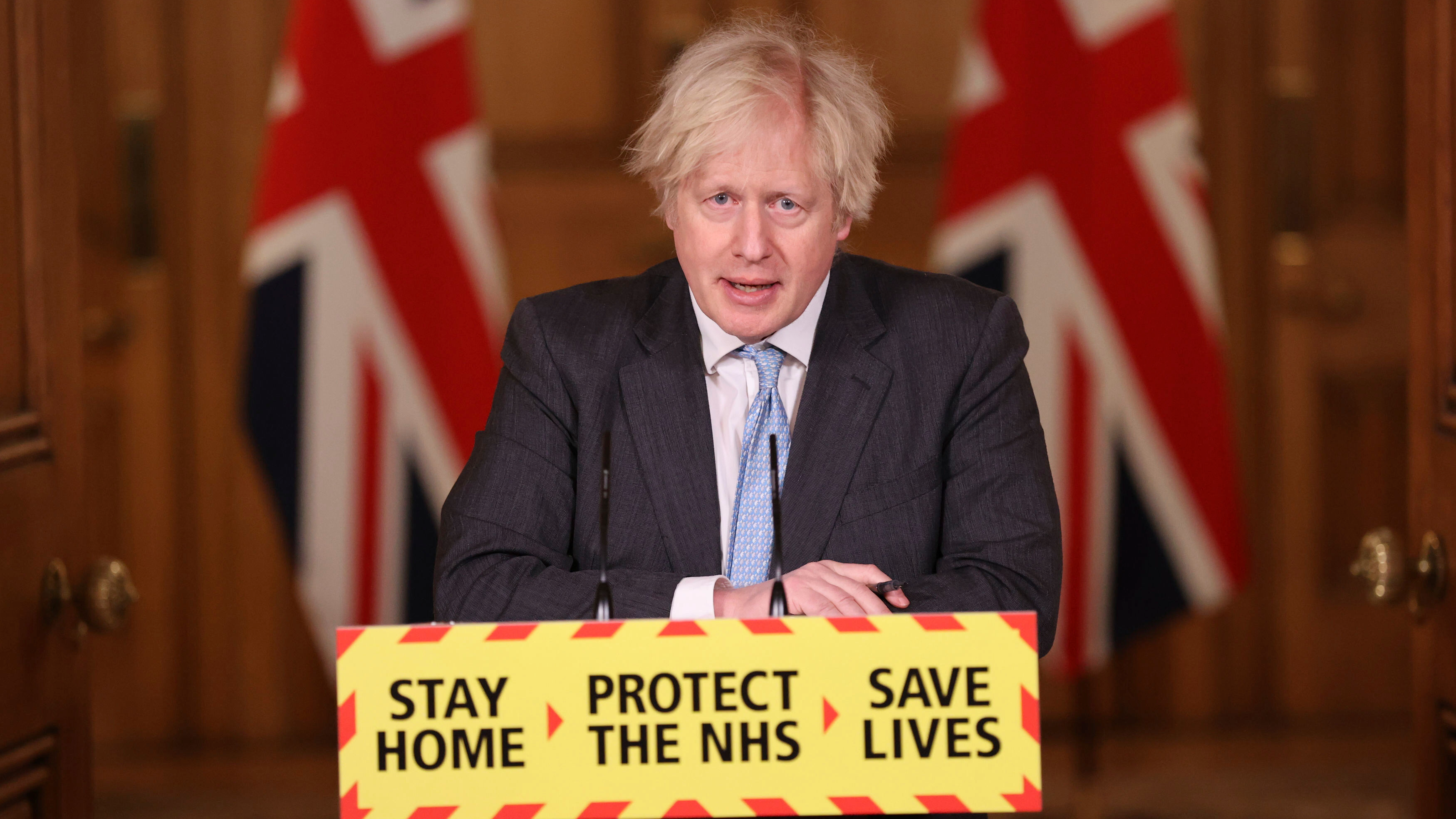 UK's Prime Minister Boris Johnson is expected to outline details of the easing on February 22. /AP

UK's Prime Minister Boris Johnson is expected to outline details of the easing on February 22. /AP

Plans are being drawn up to ease England's third national lockdown after progress in its fight against COVID-19. UK Prime Minister Boris Johnson is expected to outline details of how restrictions will be eased on February 22.

Schools will be the first priority and will go back on March 8, according to foreign secretary Dominic Raab. He said details were being finalized to reopen schools in "a responsible way."

Some scientists advising the government think not all schools should be allowed to return, with previous experience proving older children were more likely to get and spread the disease.

There is also pressure for other sectors to open up, with non-essential retail and then hospitality venues – including bars and restaurants – following schools in the pecking order. 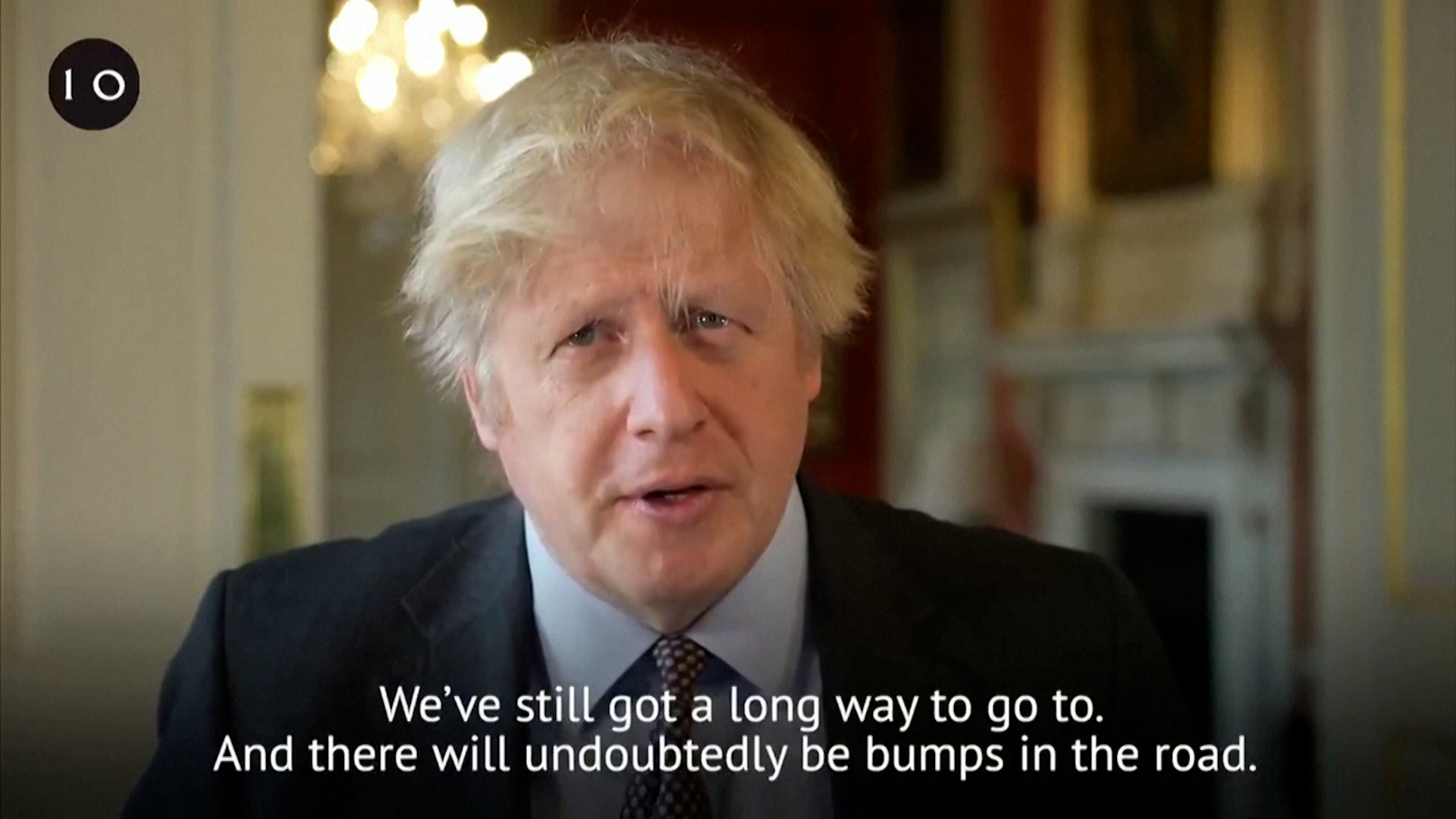 Last week, official figures showed the UK suffered its worst economic slump in more than 300 years, with GDP in 2020 falling by almost 10 percent.

The rising financial cost of the measures along with more people getting vaccinated means calls for restrictions to be eased are getting louder.

A group of 63 lawmakers from the ruling Conservative party have signed a letter to Boris Johnson calling for all legal restrictions to finish by the end of April. That could put the prime minister in a tricky position politically, as he'll require the support of many of them to pass any future lockdown laws.

Indeed, Johnson said he was "optimistic" about the latest plans to ease rules but said it would be a "cautious reopening" – a sign that ministers are aware of the unpredictability of the virus, particularly with new strains circulating worldwide.

Hospitalizations and new deaths are falling across the UK, but the government is still expected to take a cautious approach. /AP

Hospitalizations and new deaths are falling across the UK, but the government is still expected to take a cautious approach. /AP

However, there has been plenty of progress in the fight against COVID-19 in recent weeks. Almost 15 million people have now received a first dose of a vaccine, meaning the country is on course to meet its target of immunizing the most vulnerable parts of society by February 15.

Raab, the foreign secretary, said it was "the first milestone towards the wider plan to get every adult in the country offered a first dose by the autumn."

Infections are also falling, with the reproduction rate dropping below 1 last week, the first time that's happened since July.

Hospitalizations and deaths as a result of the virus are also falling. In the last seven days, 4,816 deaths were officially recorded by the government – down 26 percent on the previous week.

The figures remain high but are a sign that the pandemic is currently receding in the UK, providing a firm basis for ministers to consider a way back to normal life.

But, as the coronavirus has proven time and again over the past year, it is difficult to be certain when predicting what happens next and opening up will come with its own inherent risks.