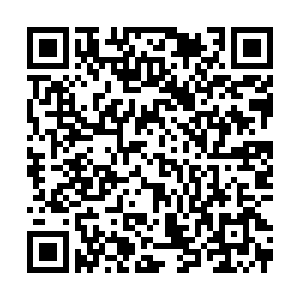 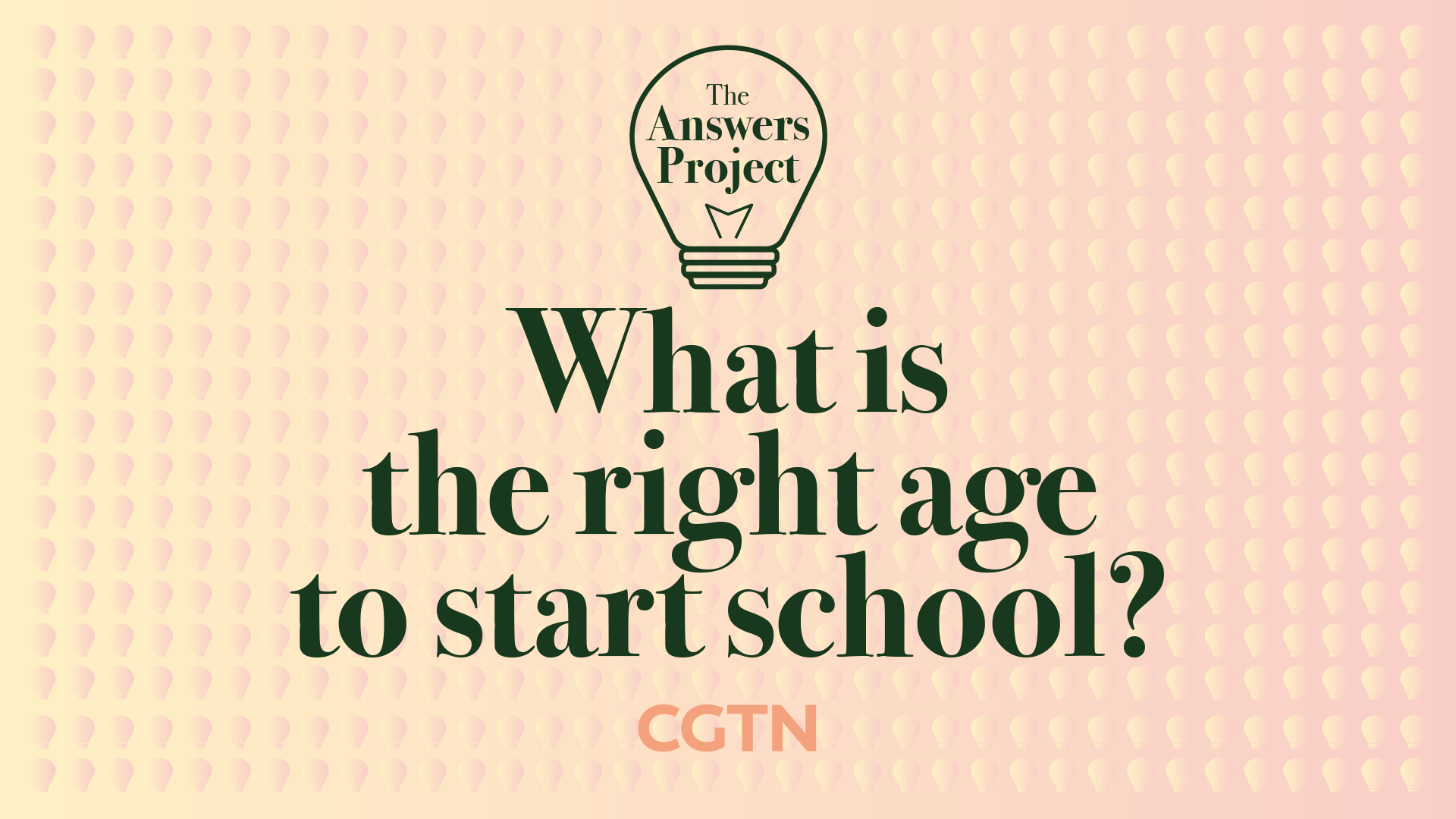 CGTN Europe's brand new podcast The Answers Project seeks to solve some of the world's most burning ethical, scientific and philosophical questions. In this episode, journalists Stephen Cole and Mhairi Beveridge discuss one simple question: What is the right age to start school?

For an apparently straightforward question, it raises a whole host of supplementary but fundamental queries on the nature and purpose of education. And, perhaps surprisingly, there hasn't been a lot of research into the ideal age to start schooling – existing studies have tended to focus on curriculum and school structure.

Before we dive into the details, let's define our terms: by "starting school" we don't mean nursery, kindergarten, preschool or preprimary education, but that first day of school proper – primary school education in what is variously known as reception class, Grade One or P1.

Around the world, the most typical age to start primary school is six, but it varies: In Northern Ireland children start at four, but it's seven in Finland, Estonia, Latvia, Lithuania, Croatia and Bulgaria. Do these start times affect development?

Welcome to the Year of the Ox
Listen to an 18,000 year old instrument
Looking for life on Mars

National abilities are regularly judged by the PISA charts – nothing to do with an Italian city, but the Programme for International Student Assessment, run by the Organisation for Economic Co-operation and Development. It measures 15-year-olds' ability to use their reading, mathematics and science knowledge and skills to meet real-life challenges.

Reporting every three years since the turn of the millennium, PISA usually finds much to celebrate in the Scandinavian countries, and Finland currently leads Europe. Flicking your eyes back up a couple of paragraphs, you'll note that Finnish children are very much late starters.

"In Finland, children start school the year they turn seven," Finnish education specialist Petteri Elo tells CGTN – but it's not quite as simple as that. "Just a few years back, it became mandatory that every single kid has to attend a preschool one year before they start Grade One. That's a half a day of instruction that is compulsory for everybody." 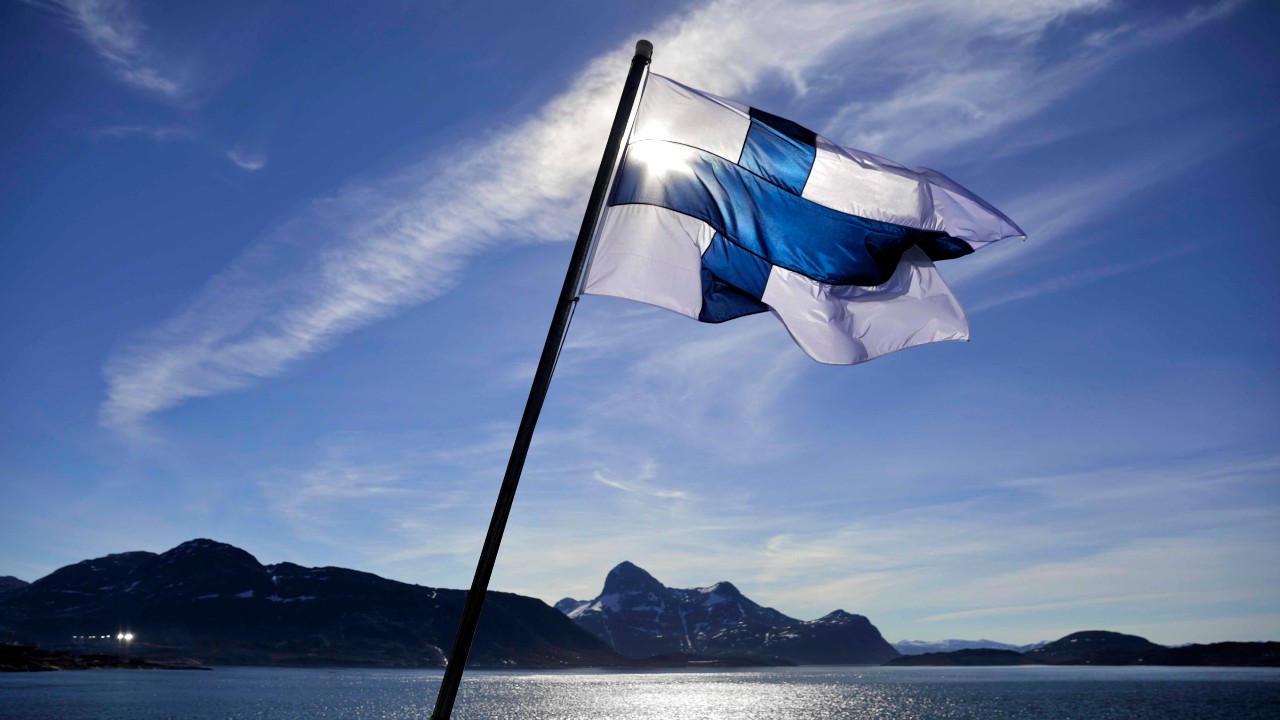 Finland flies the flag for a later start in education – and its pupils seem to flourish academically. /David Goldman/AP Photo

Finland flies the flag for a later start in education – and its pupils seem to flourish academically. /David Goldman/AP Photo

So while Finnish children may not have to pack a satchel until the age of seven, they aren't simply sat watching TV (or YouTube) alone until that moment. Indeed, the main point of preschool is socialization.

"The primary objective for that year is to teach and model social skills for our kids so that they're ready to be in the social situation and learning situations when they enter school. Through organized play, free play, games and these kinds of things, the main objective is to get the students comfortable socializing with different types of personalities, and to get along with friends and other kids."

Some might say it couldn't hurt to introduce a little education into this playschool environment, but Elo draws a definite distinction.

"There are so many important life skills connected to being a human being that are practiced in that Grade Zero year and before that, that I don't see the reason why we should rush with the academic skills too early, again, referring to the argument of cognitive development."

Many working parents want their kids in school at a younger age – partly for financial reasons: young children can require expensive childcare, while parental working ambitions might be thwarted by restrictive hours.

One country where children start younger is Northern Ireland, where Stephen McCord is a teacher and president of the Ulster Teachers' Union.

"Children start school here at the age of four," he tells CGTN Europe. "That's a compulsory starting age, but we do have nursery schools before that, so lots of children will have had some nursery education before they go into compulsory education."

In this respect, the Northern Irish system reflects the Finnish model: children aren't just thrown into a classroom and force-fed their multiplication tables. 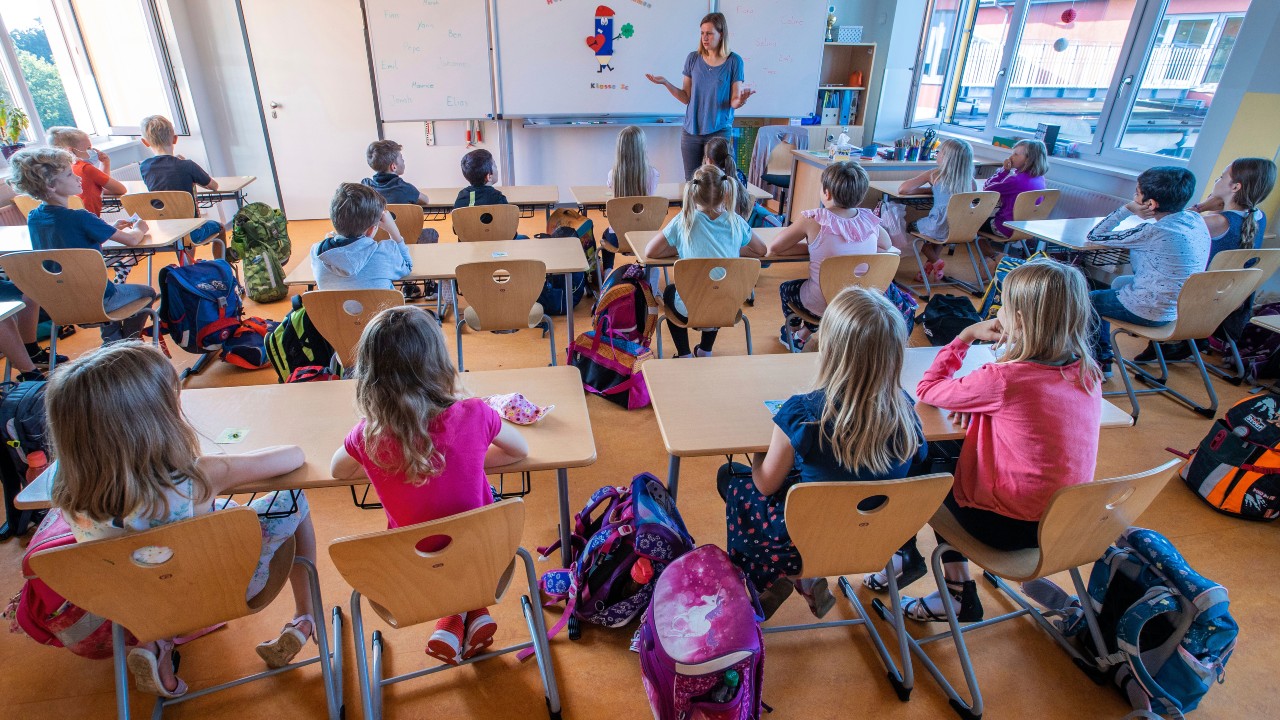 Pupils at a primary school in Germany return after summer – but when should they start? /Jens Buettner/DPA via AP

Pupils at a primary school in Germany return after summer – but when should they start? /Jens Buettner/DPA via AP

"It's very much about educating them through play," says McCord. "I've got a nephew who's in P1 [the first year], and from the moment they start, they're learning: from those little shapes that are on his little hanger, they start to identify the truck with their name.

Like Elo, McCord underlines the importance of play – and despite the age differences, he sees definite parallels between the two schooling systems.

"I was lucky enough to visit Finland, to go round a primary school, and the learning is so similar – it's just done at slightly different ages," he insists. "The children were learning, again through outdoor learning, they were working with one another, they were very quickly looking at the shapes and sizes of things – for example, in a water pit. It's exactly the same thing here."

Another who cites the importance of play in learning is children's campaigner Wendy Ellyatt.

"In a way, we need another word from 'play'," she tells CGTN Europe. "If you look at Scandinavian countries, the quality of play is much more like a science lab, you know, or an extraordinary construction environment. It's incredibly deep, immersive learning."

Ellyatt, who founded the Save Childhood Movement, would prefer formal education to start later rather than sooner.

"Our focus should be how we maximize children's exploration of the environment in a safe and constructive way and remove interference as much as we possibly can, so we can create extraordinarily interesting environments – where children have a sense of freedom in the way they interact, but we're cultivating all the skills and capacities and the kind of mindsets that they need to be phenomenal learners later on." 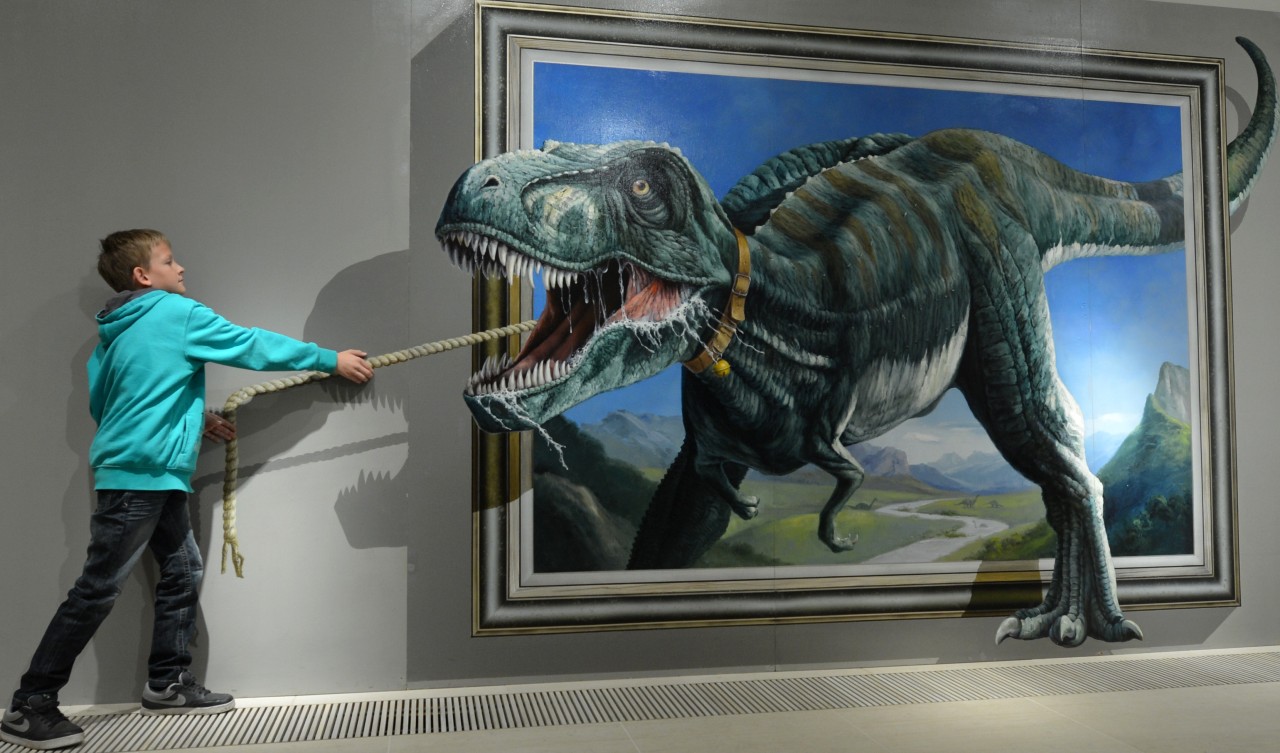 Experts agree that play is a vital part of education – and socialization. /Hendrik Schmidt/dpa via AP

Experts agree that play is a vital part of education – and socialization. /Hendrik Schmidt/dpa via AP

While McCord doesn't see any need to push back the starting age, he would like to see "a little bit more flexibility" in specific instances.

With any strict annual cut-off, children born late in their cohort might face an uphill struggle: if the age requirement for the new school year starts on September 1, then a child born on August 30 might be 364 days younger than a classmate – a significant developmental disadvantage for what are known as "young-for-year" children.

No child left behind?

So what happens if a child starts falling behind? The Finnish belief that all children learn at different paces and in different ways is hard to argue with. One educational allegory is often boiled down to an epigram erroneously attributed to Albert Einstein: "Everyone is a genius, but if you judge a fish by its ability to climb a tree, it will live its whole life believing it's stupid."

Elo couldn't agree more. "The idea that kids develop cognitively at different speeds, that's one of the governing ideas in our education system," he says. "Some kids might already be readers when they come to school, but for some kids, it might take a little more time to get reading skills or writing skills.

"In Finland, we believe that we don't have to rush things and we cannot, especially at that early age, make standardized testing – saying that every single seven-year-old kid should be this reading level or writing level or math level." 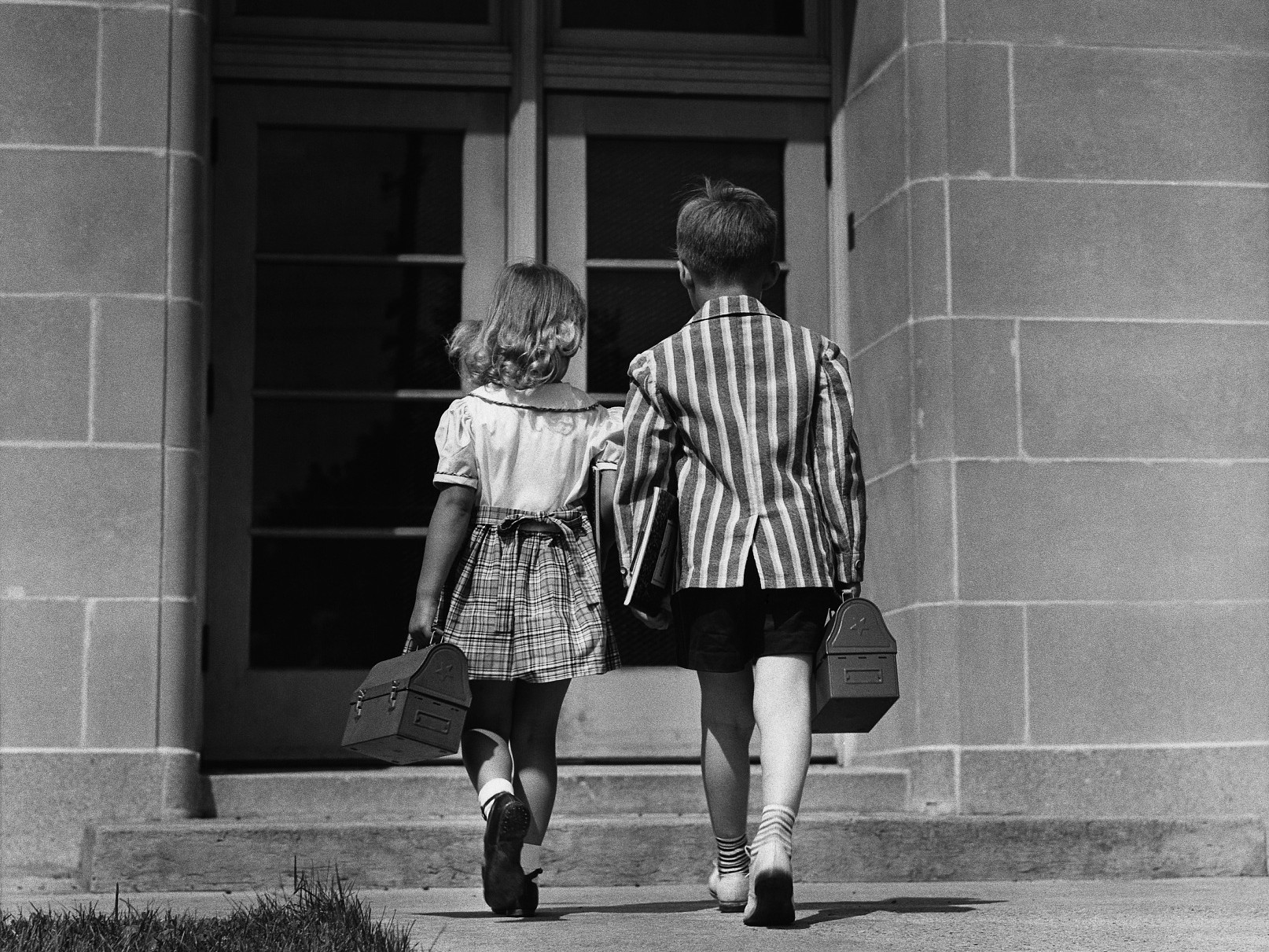 As soon as they walk through the school door, children develop at different rates. /Lambert/Getty via CFP

As soon as they walk through the school door, children develop at different rates. /Lambert/Getty via CFP

That's not to say their development isn't monitored for danger signs. "Give it some time and then let's say in the springtime of first grade, if a student is still not progressing in reading skills, then we start seriously looking into if there are some learning disabilities or some other things that are hindering the process."

Ellyatt worries that rushing children can cause longterm problems. "If we put children under too much pressure to do things when they're not developmentally ready to do it, that's not in tune with where they are, it's likely to put off their desire to do it later. So it's about dispositions for me.

"If you ask a child at a very young age to read or write, they will actually do that – they will produce results. But what we know from the evidence is that later on in their teens, the last thing they want to do is those particular activities."

The dangers of delays

However, delayed education can also cause longterm problems. While McCord would like flexibility on when to introduce young-for-year children, such methods can be dangerous. Last summer Thomas Cornelissen, an economics professor at the University of Essex, coauthored a study on this exact issue called The Benefits of Starting School Early.

"What we found is that deferring created a disadvantage. We could still find a disadvantage two years later. Even at age 11, this disadvantage in test scores leveled off but we still could see from survey data that deferred children had worse results in terms of some non-schools skills." 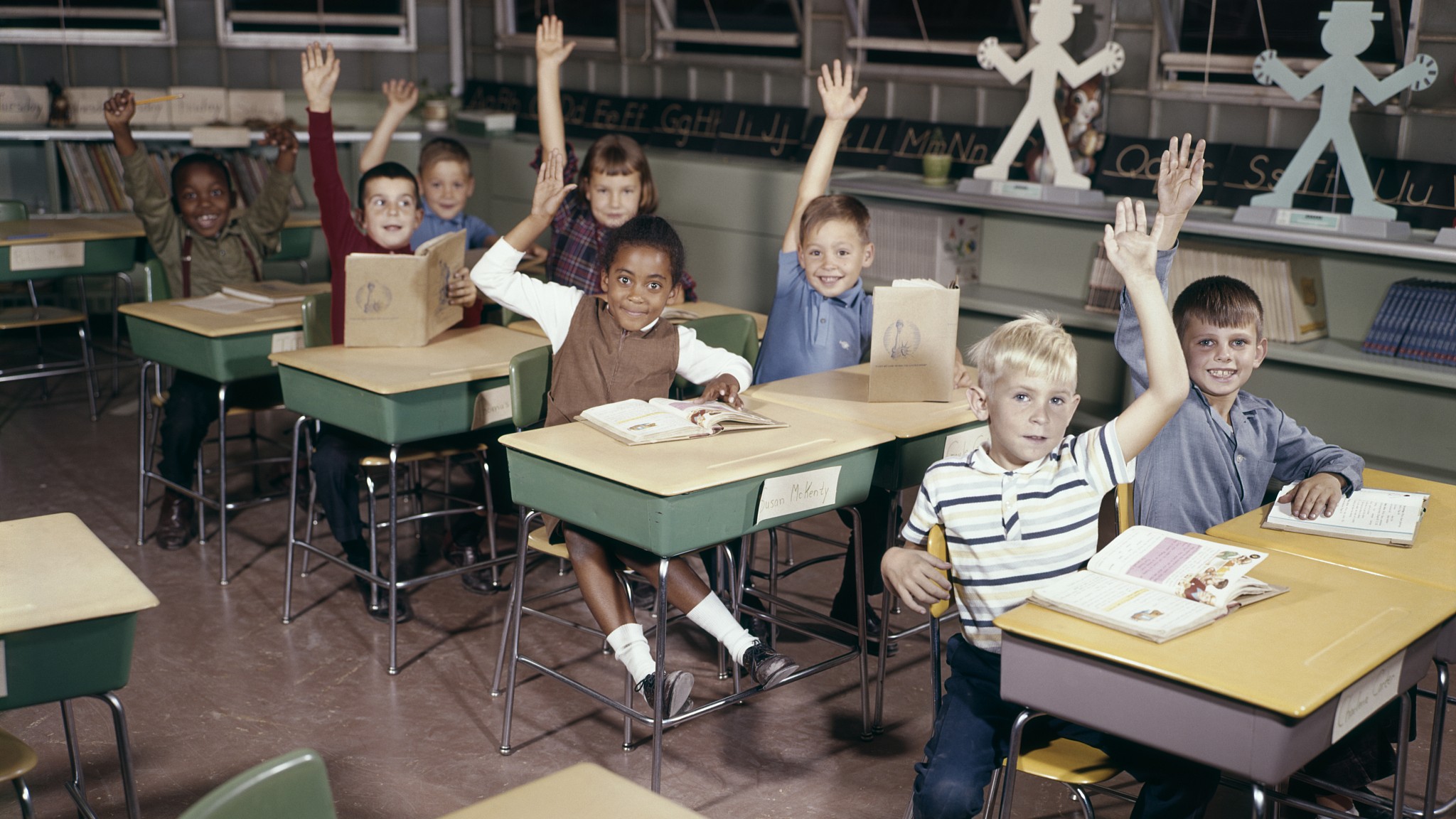 Nobody knows all the answers – but educators have to be just as willing to learn as their best students. /H Armstrong Roberts/ClassicStock/Getty Images via CFP

Nobody knows all the answers – but educators have to be just as willing to learn as their best students. /H Armstrong Roberts/ClassicStock/Getty Images via CFP

Negative non-academic effects on late starters range from how much a child enjoys school to the likelihood of displaying disruptive behaviors. Cornelissen notes that some studies suggest young-for-year children can have lower self-esteem, which may have lifelong effects. This is why he sees primary school as a vital leveler for children from different backgrounds.

"If you think about the UK reception class environment, with children aged four to five there isn't really formal homework – the only thing is that children bring home books from school that the parents are supposed to read to them," he says. "I think that's a very beneficial type of homework, which gets children interested in reading and listening to stories.

"You could then imagine how that positive effect might be stronger for children from disadvantaged backgrounds who may not have access to a local library, or who may not have as many books at home, or whose parents have less time because they have to work."

Clearly, the question of what age a child starts his or her formal schooling is only part of a much richer narrative involving not just quality but quantity, not just teaching but parenting, not just academia but economics – and not just knowledge but wisdom.

Previously on The Answers Project: Will soldiers become obsolete?