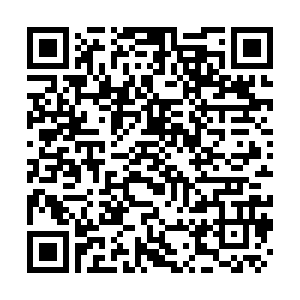 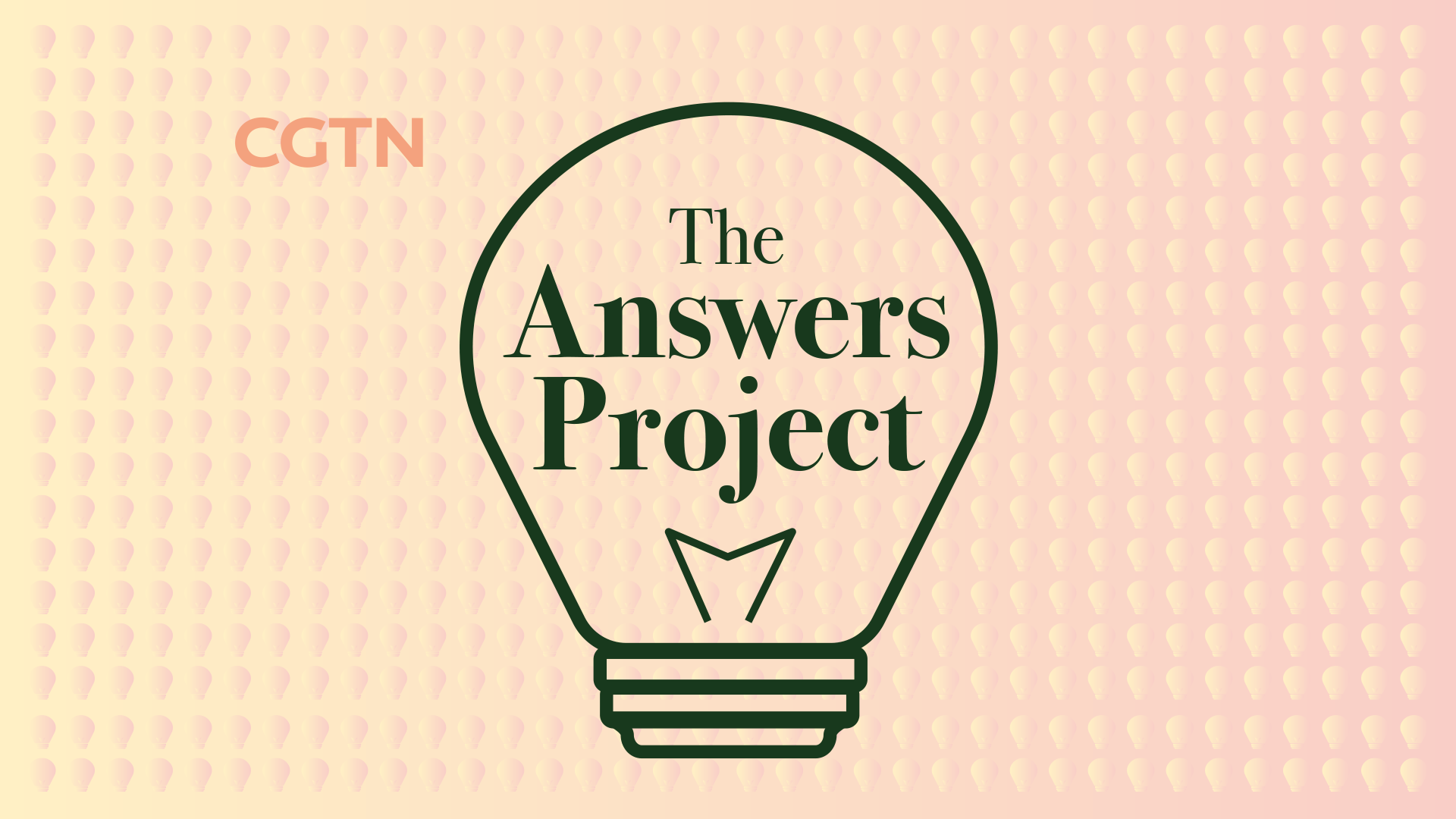 From the need for a global currency, to what else is out there in the universe, CGTN Europe's brand new podcast tries to find answers to some of the world's most burning ethical, scientific and philosophical questions.

In the first episode of The Answers Project, journalists Stephen Cole and Mhairi Beveridge, with the help of expert guests, discuss the future of warfare and question whether soldiers will ever be replaced by robots on the battlefield. Subscribe wherever you get your podcasts.

It's not a stretch to say the wars of tomorrow will be faster, more high-tech and less human than ever before. But will things like science fiction-esque "slaughter bots" become a reality? Can robots ever handle the multi-faceted role that human soldiers play in conflict, crisis and peacetime?

"This is soldiers effectively being replaced by robots. And it's a topic that lots of people are concerned about," Mhairi Beveridge notes as she introduces the inaugural episode of CGTN Europe's latest podcast The Answers Project.

"If intelligent robots take over the role of soldiers in the future and they're increasingly driven by powerful artificial intelligence (AI), will man or machine be in charge and, more importantly, who should be in charge?" she asks.

While completely autonomous gun-wielding robot soldiers are not currently running around battlefields or training, Beveridge says the technology is really not far off, as today robots can programmed to pick up things or follow sensors.

"My son is in the British army at divisional headquarters. They are very, very aware of artificial intelligence," co-presenter Stephen Cole observes.

"They're aware of quantum computing, the capabilities of cyber chemical weapons coding, robotics defense, computer-generated vulnerabilities. They know this is the future of warfare and they are creating entire brigades to deal with this," he adds. 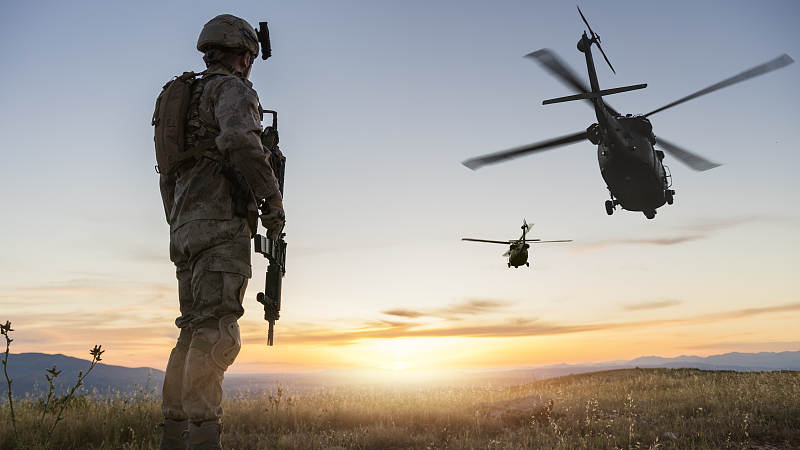 Could autonomous weaponized robots ever replace soldiers on the ground? /guvendemir/Getty

Could autonomous weaponized robots ever replace soldiers on the ground? /guvendemir/Getty

In fact, robotics technology has already been in use in warfare, such as mine-clearing robots, unmanned aerial vehicles (UAVs) and drones. Beveridge explains that statistics show drones have killed nearly 3,000 people in Pakistan since 2004, 200 of whom were children, raising ethical and moral questions around the use of unmanned vehicles.

"You look at what sort of programs are going on in the U.S. and Europe and elsewhere. They are looking to field an unmanned combat aircraft, programmed to protect and extend the combat power of unmanned aircraft – essentially just robotic departments that fly alongside and react to threats when an aircraft is being threatened," explained Wong. The biggest military aircraft manufacturers are all working on developing the next generation of drones.

"From my perspective, it's not too far-fetched to foresee a future in which soldiers remotely operate existing single swarms of autonomous or semi-autonomous systems … as opposed to physically fielding troops and troop vehicles," he added. 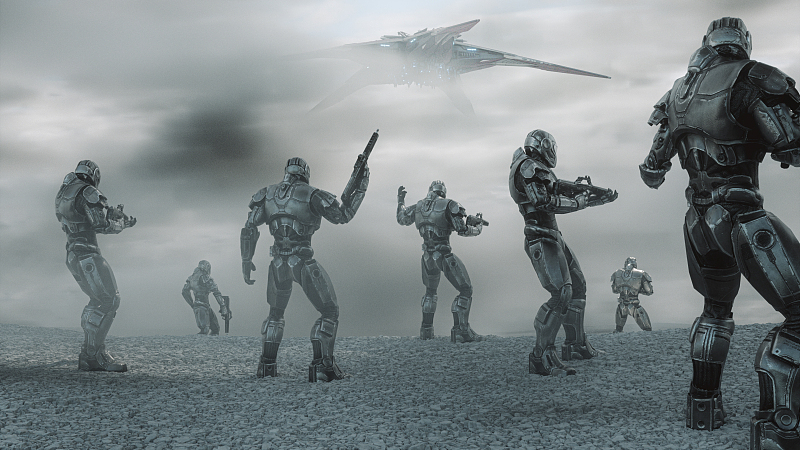 Experts say robots could be remotely operated by soldiers to carry out specific tasks, much like drones are currently used now. /gremlin/Getty

Experts say robots could be remotely operated by soldiers to carry out specific tasks, much like drones are currently used now. /gremlin/Getty

The ethics of autonomous weapons

However, there have been discussions on the ethical ramifications of lethal autonomous weapons, with people working in AI demanding that regulations be put in place. Thousands of AI researchers have been lobbying the United Nations to impose a ban on these weapons, or "killer robots."

Noel Sharkey is the chair of the International Committee for Robot Arms Control and a professor working in AI robotics at the University of Sheffield.

"Who on Earth would want to send in a machine without the sensing capabilities to tell who's who, without being able to detect context at all and being completely biased against certain members of the human race? I don't know. So I think we should end this." He added.

Antonio Guterres, secretary-general of the United Nations, called these weapons politically unacceptable and morally repugnant and in May this year, he called for a prohibition on lethal autonomous weapons systems.

But despite this momentum for a ban, discussions about regulating these weapons have been ongoing on international platforms. However, despite the large-scale negotiations, they will take a long time to achieve results – particularly with many differing opinions and arguments. 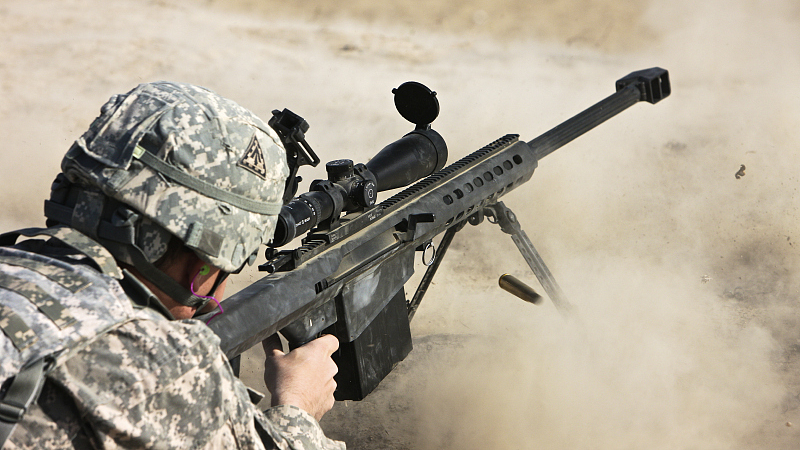 Many AI experts argue that from a moral standpoint, robots will not be able to replace human soldiers in making tough lethal decisions. /Terry Moore/Stocktrek Images/Getty

Many AI experts argue that from a moral standpoint, robots will not be able to replace human soldiers in making tough lethal decisions. /Terry Moore/Stocktrek Images/Getty

Joanna Bourke, a professor of History at Birkbeck, University of London and the author of An Intimate History of War, told The Answers Project this concern is not new and that people have been worried about weaponry and technology distancing humans from the reality of the battlefield since the American Civil War in the 19th century.

"I think that what we are seeing is a decentering of human soldiering through technology. So we've got really not only the introduction but the proliferation of human machines, of using mechanical, technological ways of fighting. And this is having a revolutionary, literally revolutionary, impact on the law of warfare," Bourke explained.

But Bourke added that this doesn't mean the total eradication of the human, at least not in 21st century warfare. "We will still have the human there making those decisions, making those choices about whose life is killable and whose life is worth saving," she explained.

It is also important to consider the personnel hierarchy within a military infrastructure. There are certain roles or positions that theoretically cannot be replaced by technology and perhaps never will be.

Bethan Canterbury served in the British army for 28 years and is the first female commanding officer in Afghanistan in logistics support. She told The Answers Project that a multidimensional being cannot be replaced with AI.

"If you want just a war fighting force, then maybe they could do it in time and develop it. That's not our sole role, it's much, much more developed than that. And essentially a nation should be trying to prevent warfare. And you do that by the subtlety of the sort of hearts and minds in these roles," Canterbury said.

"I still think there is absolutely a place for that. And I don't think we're at the point where AI developed enough to replace all the nuanced roles that soldiers deliver," she added.