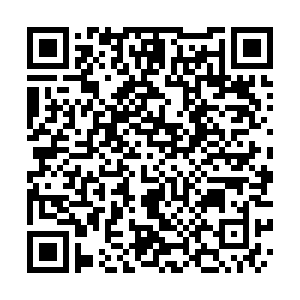 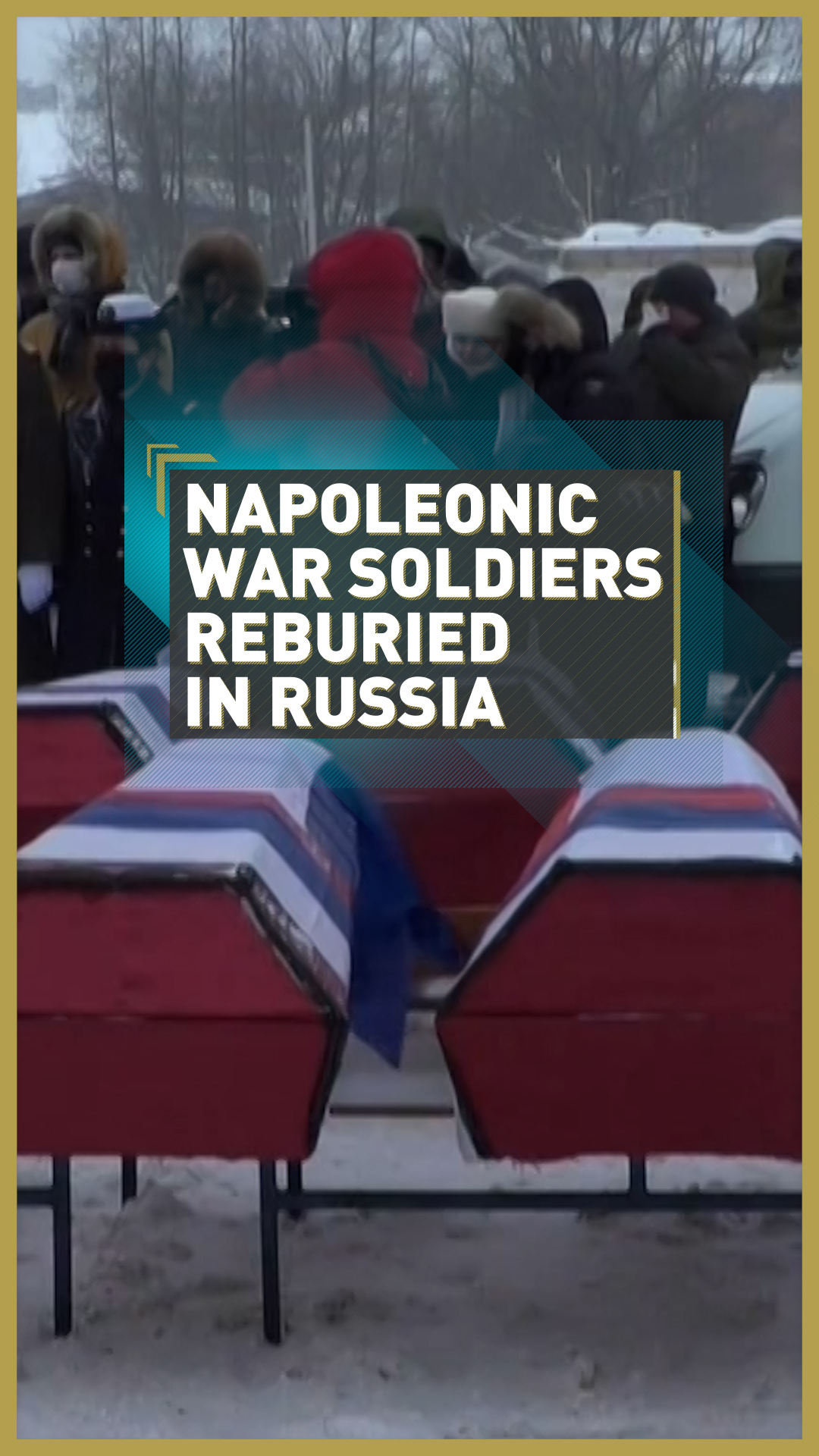 French and Russian soldiers who died during Napoleon's catastrophic retreat from Moscow in 1812 were laid to rest with a military band playing in freezing conditions after they were found in a mass grave in 2019.

Officials and descendants of 19th-century Russian and French military leaders gathered for a windswept ceremony to re-bury the remains of 126 people killed in one of the bloodiest battles of Napoleon's Russian campaign.

The snow fell as the band played in temperatures of -15 degrees Celsius while uniformed pall-bearers carried eight flag-draped caskets at a cemetery in Vyazma, a town more than 200 kilometers west of Moscow. The caskets, containing the remains of 120 soldiers, three women and three teenagers, were then put into the ground to the sounds of a gun salute.

The earth had frozen, and the coffins were left in the ground covered by a white canvas.

"As generations pass, death and time reconcile everyone," Yulia Khitrovo – a descendant of Russian field marshal Mikhail Kutuzov, considered a national hero for repelling Napoleon – said at the ceremony.

Prince Joachim Murat, a descendant of one of Napoleon's most celebrated marshals, was also in attendance, along with dozens of re-enactors in period uniforms. The interment took place as France marks the bicentenary of the military leader's death this year. 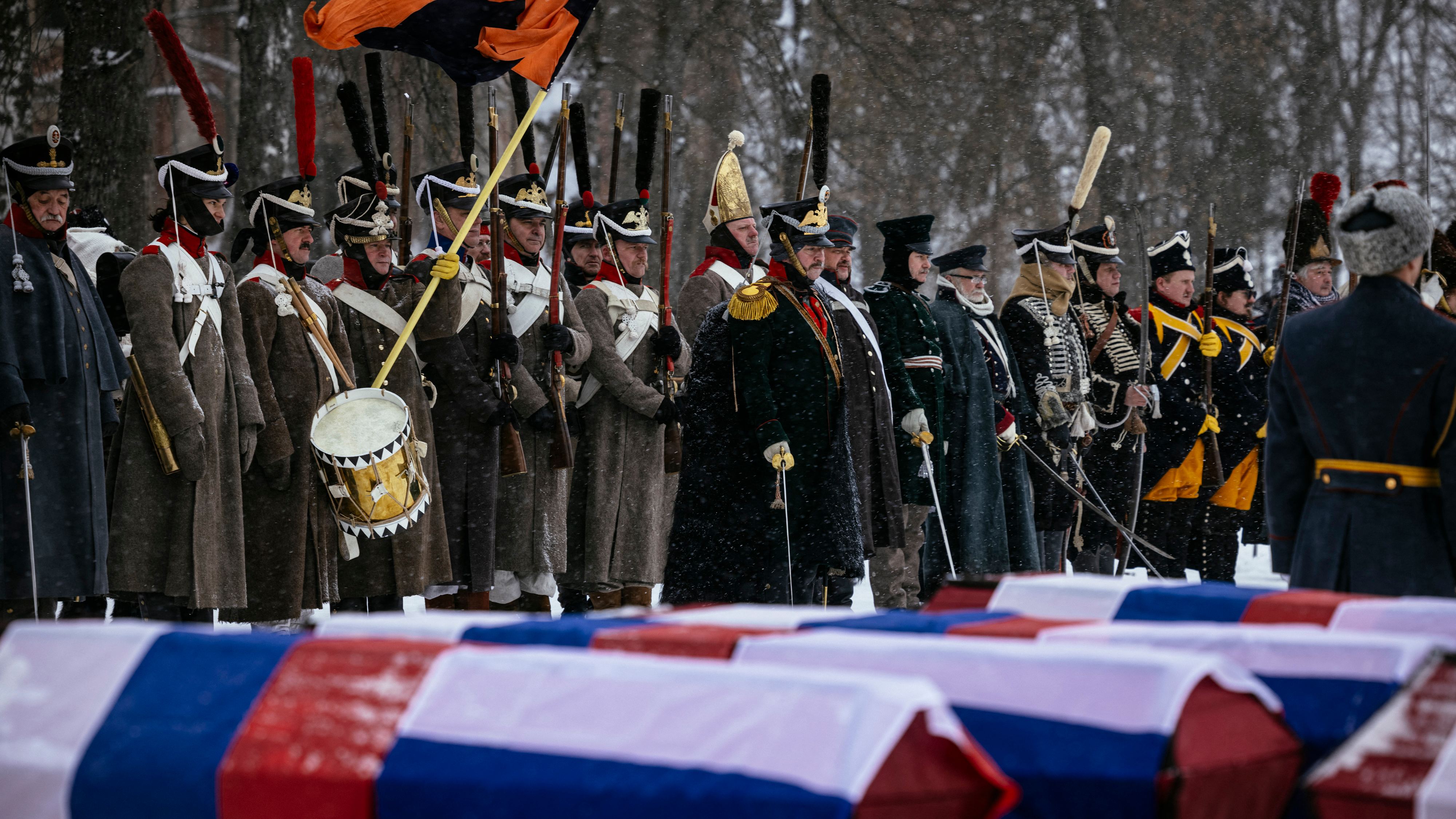 Officials and descendants of Russian and French military leaders were at the ceremony. /Dimitar Dilkoff/AFP

Officials and descendants of Russian and French military leaders were at the ceremony. /Dimitar Dilkoff/AFP

The remains were discovered in a mass grave by French and Russian archaeologists in 2019. The dig was led by Pierre Malinowski, the Kremlin-connected head of the Foundation for the Development of Russian-French Historic Initiatives.

The three women are believed to be vivandieres, who provided first aid and kept canteens in the French army, while the three adolescents could well have been drummers.

All are thought to have fallen during the Battle of Vyazma on November 3, 1812, at the beginning of the French army's retreat from Moscow and before the horrific crossing of the Berezina River. 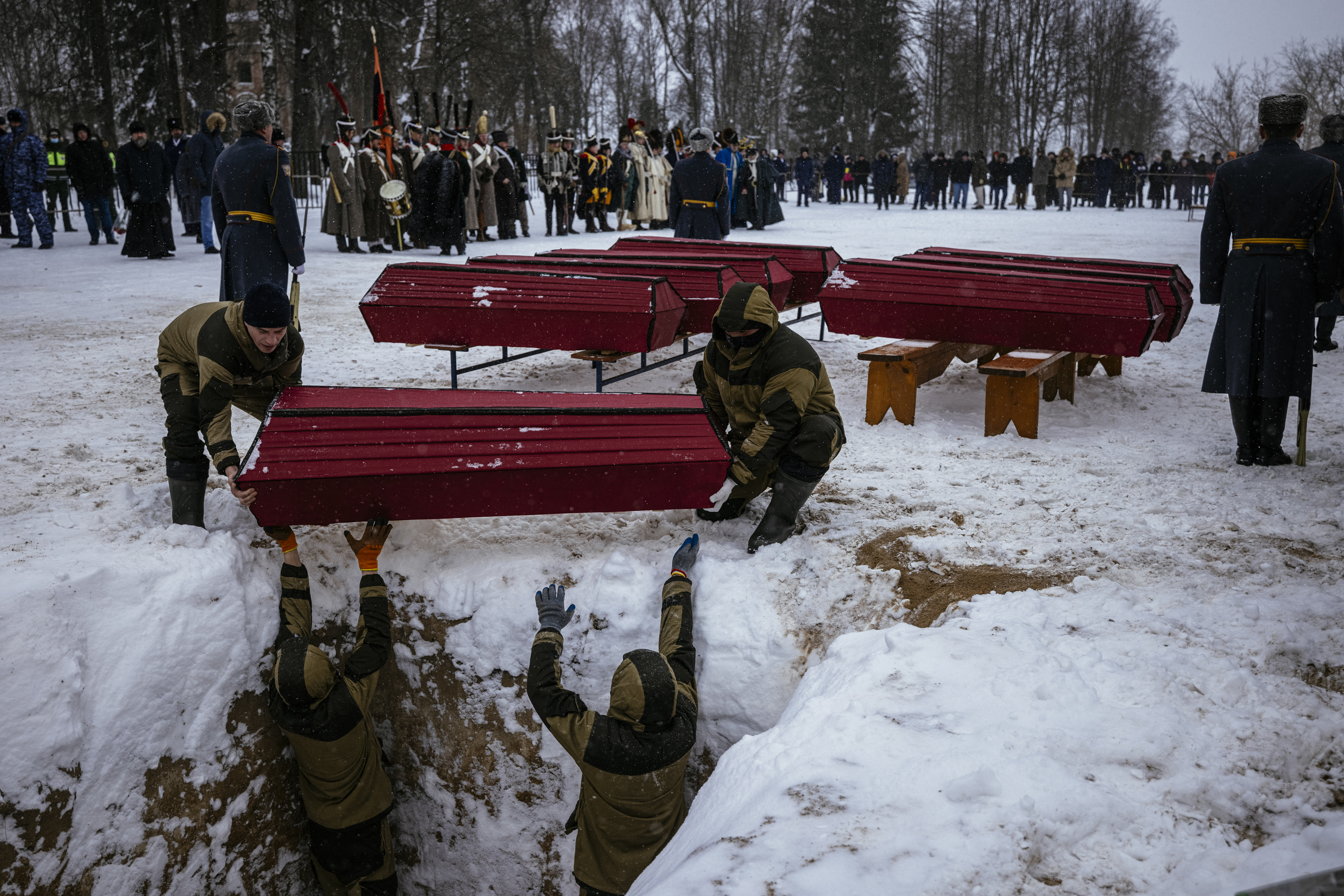 The mass grave was discovered during construction work. /Dimitar Dilkoff/AFP

The mass grave was discovered during construction work. /Dimitar Dilkoff/AFP

The ceremony marked a rare moment of unity between Russia and Europe at a time of heightened tensions over a litany of issues including the Kremlin's increasingly harsh crackdown on the opposition.

"Direct descendants of the main players in the conflict are meeting here together in a sign of reconciliation to commemorate the Russian and French soldiers that their ancestors commanded more than 200 years ago," Malinowski said.

The site was first discovered during construction work and was initially believed to be one of the many World War II mass graves that dot western Russia. But research by the Russian Academy of Sciences later showed that the remains were of victims of Napoleon's campaign, most of them in their 30s at the time of their death, said anthropologist Tatyana Shvedchikova.

Alexander Khokhlov, head of the archaeological expedition, said that the discovery of metal uniform buttons helped establish that some of the victims served in the French army's 30th and 55th line infantry regiments and 24th light infantry regiment. 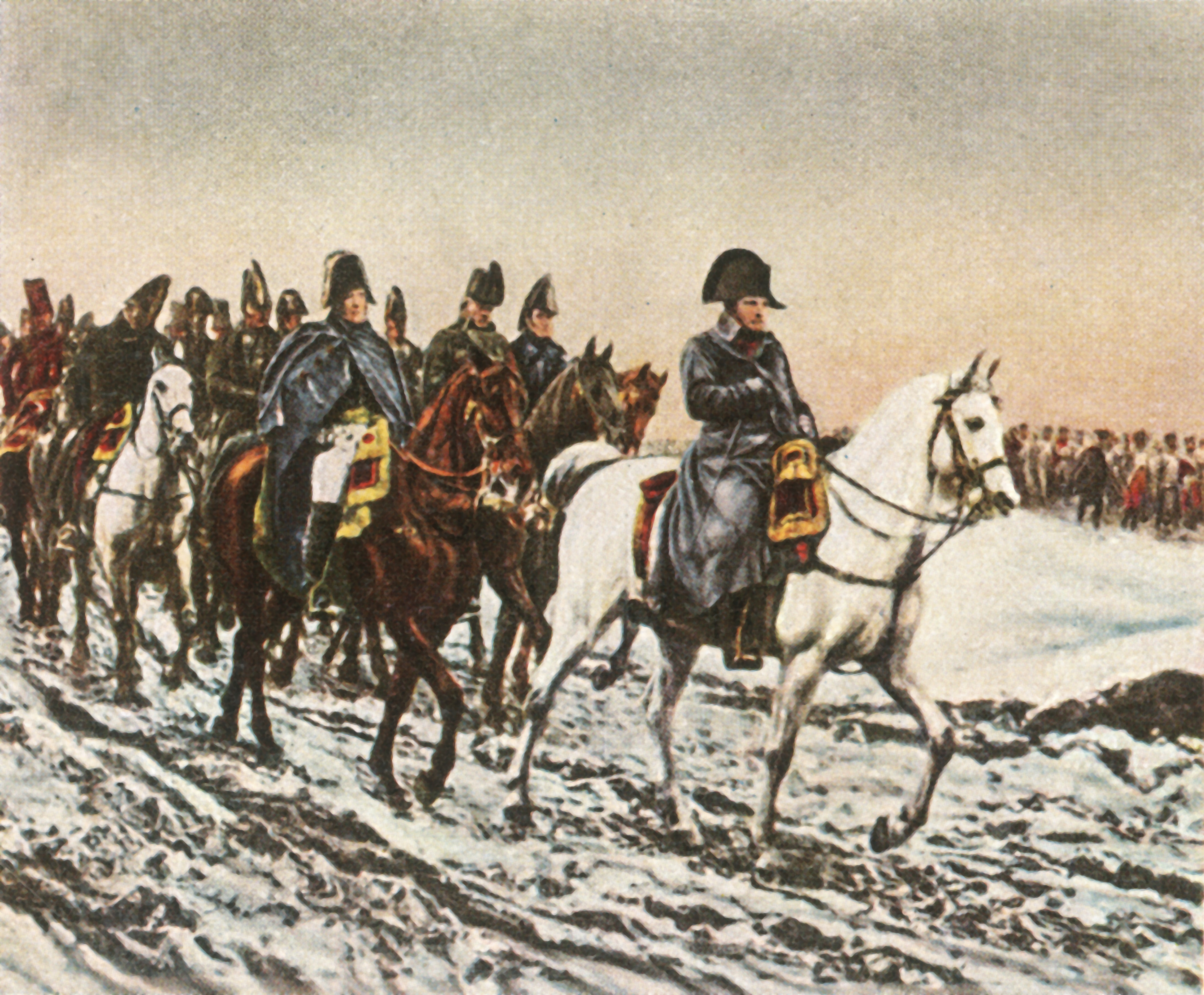 Background: Napoleon and his wars

Born on the island of Corsica in 1769, Napoleon rapidly rose through the ranks of the French military and seized power with a coup d'etat in 1799. Known for being a shrewd and skilled military strategist, he went on to become French emperor and conquered much of Europe in the early 19th century.

Napoleon led the French Empire in a series of wars against other European powers. His fleet was resoundingly beaten by the British at the Battle of Trafalgar in October, 1805, but two months later he defeated Austrian and Russian armies at the Battle of Austerlitz – seen as one of his greatest achievements.

However, Napoleon's invasion of Russia in 1812 led to disaster. The Russians' tactic of withdrawing overstretched the French, and faced with a harsh Russian winter the invading army was forced to retreat, starving and exhausted.
After initially being forced into exile on the Mediterranean island of Elba following military defeat in 1814, Napoleon escaped and returned to France. Taking back power he was defeated at the Battle of Waterloo and this time exiled to Saint Helena in the South Atlantic, where he died in 1821.
Source(s): AFP