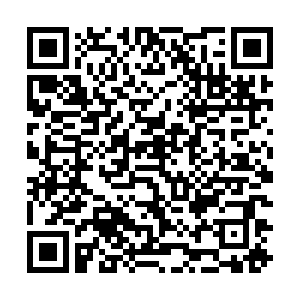 • Merkel and the governors of Germany's 16 states have decided to extend the current lockdown measures until at least March 7, but schools and hairdressers will be able to reopen earlier with strict restrictions in place.

• Ireland's current lockdown restrictions are set to be extended until at least April, Prime Minister Micheal Martin has said.

• Hungary's government has said it expects to receive 500,000 doses of China's Sinopharm jab next week and plans to begin inoculations with them soon, the prime minister's chief of staff Gergely Gulyas said.

• Sweden reported 44 new fatalities in the past 24 hours, its lowest daily rise since December 3, with chief epidemiologist Anders Tegnell attributing the drop in new deaths to the country's vaccination program.

• Pharmaceutical firm and vaccine developer AstraZeneca says it expects to have a new version of its vaccine ready to be used by the end of the year as it tries to overcome concerns about new variants of the virus.

• The World Health Organization and the European Union are to launch a $48.5m program to help deploy vaccines to Armenia, Azerbaijan, Belarus, Georgia, Ukraine and Moldova, the WHO's regional director for Europe, Hans Kluge has said.

• Germany's regional leaders are not ruling out closing its borders with neighboring countries in order to slow the spread of the new variants of the virus."We believe it would be sensible to declare both [Austria and Czech Republic] as mutation areas. This will likely happen," said Bavaria's state premier Markus Soeder.

• Ski resorts in the Italian region of Lombardy will reopen from February 15 for the first time this winter, authorities have said. The approval relies on precautions taken by resorts to restrict the number of skiers on the slopes at the same time.

• Ukraine has decided to ban the use of Russia's Sputnik V vaccine, saying that no vaccine produced by an "aggressor state" would be used in its country.

• Passenger numbers at the UK's busiest airport, Heathrow, in London, fell by 89 percent in January compared with the same month in 2020, as the aviation industry continues to struggle amid the pandemic.

• The UK's Health Secretary Matt Hancock has said the government is doing "everything we can" to ensure people can go on holiday this summer. His comments come after Transport Secretary Grant Shapps urged people not to book any domestic or international holidays "for now" on Wednesday.

• Research carried out by the U.S.'s Centers for Disease Control and Prevention suggests that fitting a surgical mask underneath a cloth mask can increase aerosol droplet protection by "about 95 percent."

• Czechia's government has put three districts under stricter restrictions amid a surge in infections in those areas. The measures include a ban on movement into and out of the eastern region of Trutnov and Cheb and Sokolov in the west of the country, Health Minister Jan Blatny said. 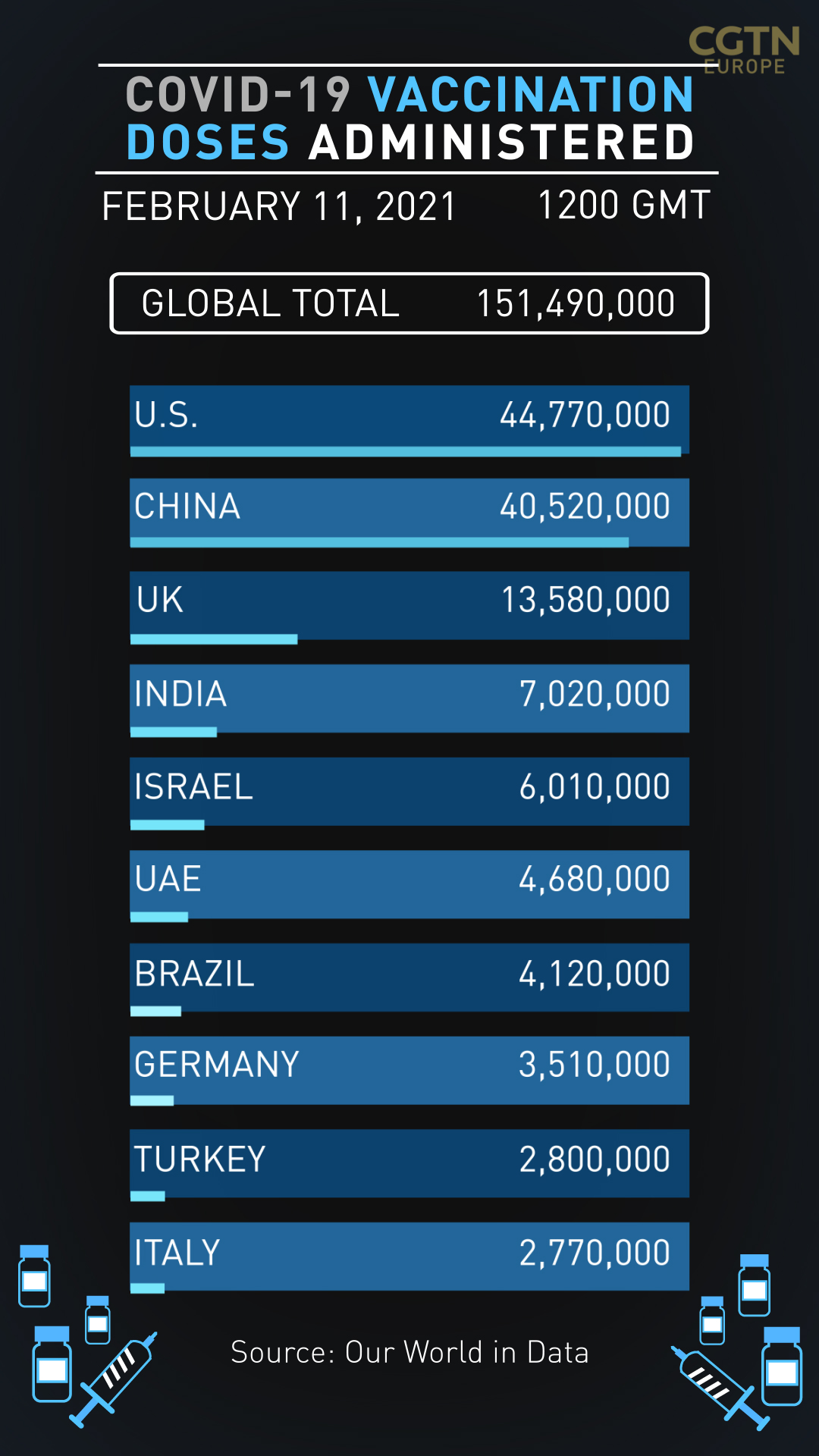 The head of the UK's genetic surveillance has said the variant first detected in Kent last year is set to become the world's dominant strain because of its transmissibility. There are also concerns over a few cases where it has mutated again and possibly become more resistant to vaccines. Testing has been increased as a result.

The government is appealing to the 2 million over-70s not vaccinated so far to come forward. It's also resisting pressure to move on to lower age groups. Prime Minister Boris Johnson has promised to offer the jab to all over-70s by Monday. Some vaccine centers are complaining they aren't seeing enough people and they could be vaccinating many more.

Wales has become the first UK nation to vaccinate more than a fifth of its population. Scotland has now vaccinated more than a million of its citizens.

One scientific adviser has warned that reopening schools on March 8 as currently planned could push the, reproduction, or R, number back above 1 again.

The government is going to speed up the vaccination of health workers – all doctors and nurses aged under 65 can now access the COVID-19 vaccine.

Ministers say a third of self-employed entrepreneurs have not applied for their financial support funds from December 2020. The prime minister has ruled out bringing in a third national lockdown for now.

Speaking on February 10, Jean Castex said: "The balance between the different parameters leads us to continue on our chosen path." That "path" is the nationwide 6 p.m. to 6 a.m. curfew, which remains in place.

The Dutch government has decided to continue the 9 p.m. curfew until March 2. The government also wants to extend the "Corona Act," to June 1. This law, which contains most of the corona measures, is temporary and is currently set to expire on March 1.

Political parties do not want to postpone the general elections on March 15-17. With a possible third wave right around that date, more and more questions are being raised about the polling stations' safety. However, if the risks become too great, the ballot can still be canceled at the last minute.

The health authorities reported 3,226 positive cases on Monday, slightly less than the average over the past seven days of 3,406. The figures can be somewhat distorted since some test centers were closed on Sunday due to extreme weather conditions in the Netherlands.

An executive at the Belgian plant AstraZeneca uses to produce its COVID-19 jab has denied a glitch at the facility caused massive delivery delays to the bloc.

"We have complied with all the contractual requirements we have with AstraZeneca," said Cedric Volanti, EU vice president for Thermo Fisher, which owns the plant.

In January, AstraZeneca informed Brussels that first-quarter deliveries would be slashed significantly, blaming the shortfall on a lower-than-expected yield at the Belgian plant.

An EU official said the company would only deliver 30 percent of what was promised. There is strong speculation in Europe that doses intended for the bloc were instead diverted to the UK.