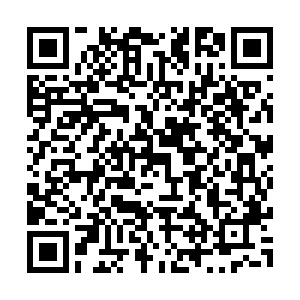 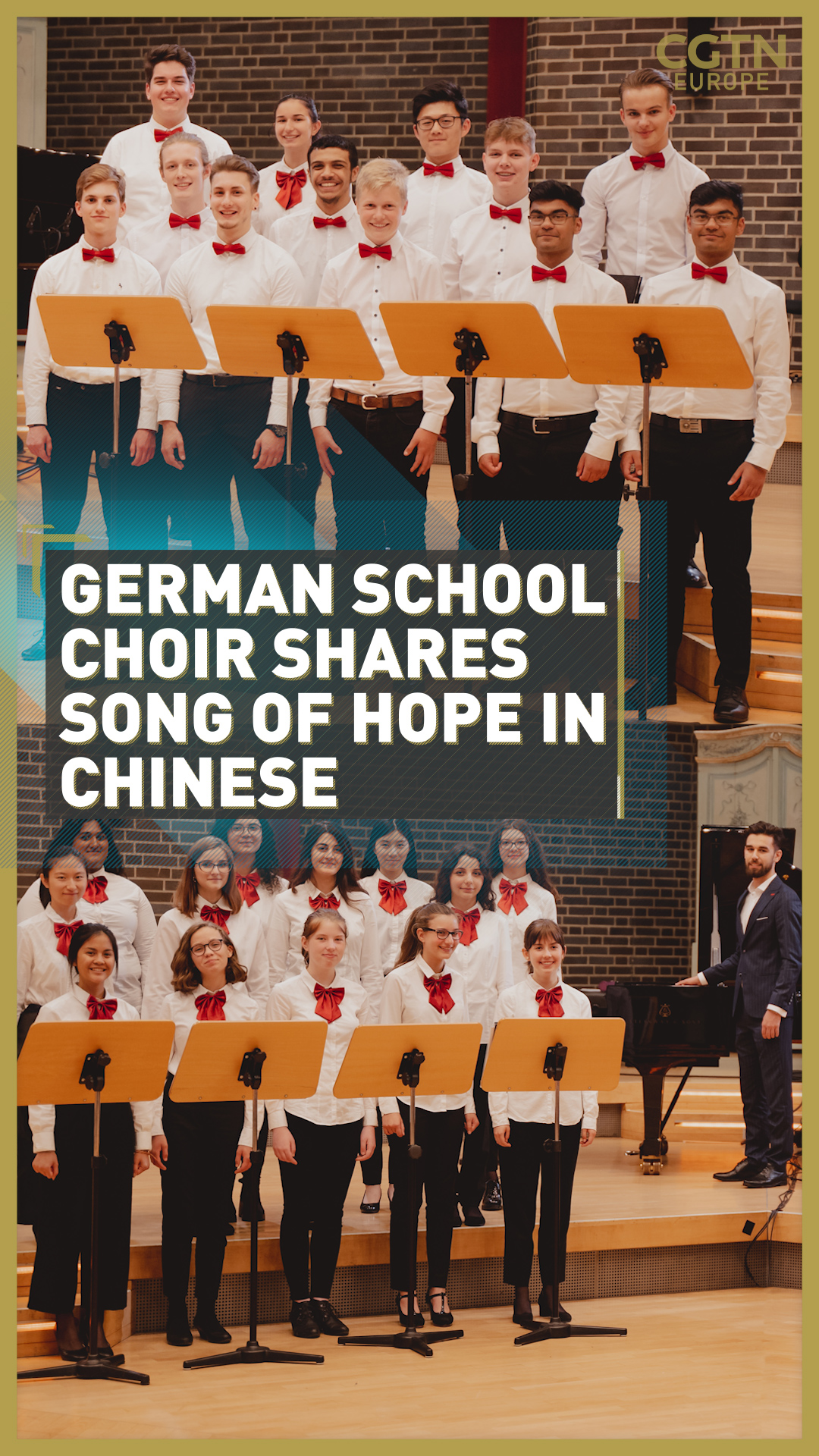 Turning the tragedy of the COVID-19 pandemic into a message of positivity and hope, students at a secondary school in northwest Germany have recorded a song in Chinese.

After the Pandemic is the second Chinese song since the pandemic began from the choir in Burggymnasium Secondary School in Essen.

"Just hold on tight and don't give up," Maximilian Kölges, one of the oldest members of the choir, said about the main message of the tune.

"Even though we are in the pandemic and we have this situation, we still managed to get on with our lives together and stay strong together," he added. 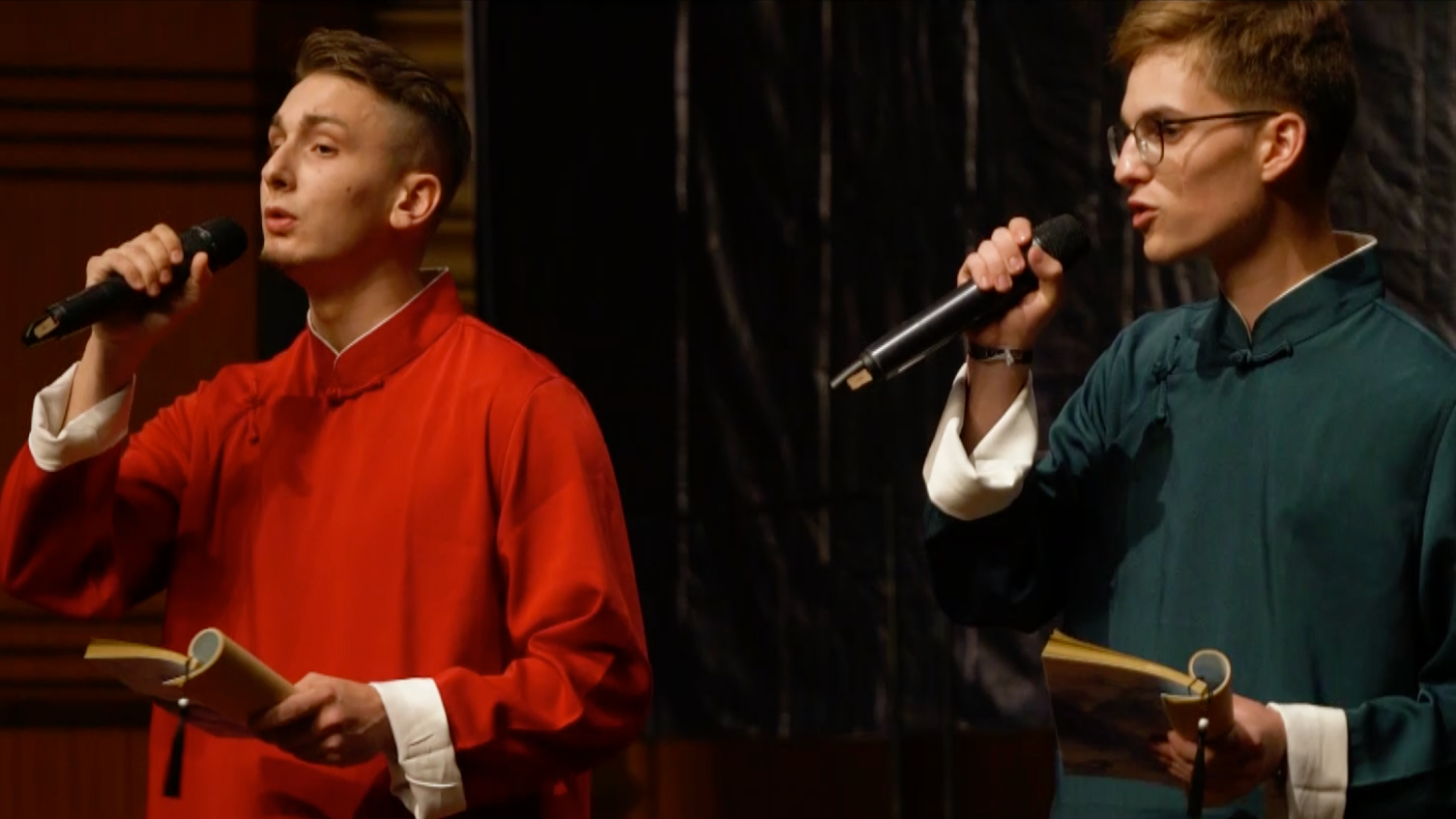 The Burggymnasium students involved in the Chinese choir took several trips to China, during which they practiced and performed. /Burggymnasium Secondary School

The Burggymnasium students involved in the Chinese choir took several trips to China, during which they practiced and performed. /Burggymnasium Secondary School

The choir recorded another Chinese song, Fill the World with Love, at the start of the pandemic in March 2020, after their summer camp in Wuhan a year earlier.

"We have this memory of this beautiful city and these beautiful people and everything is so negatively portrayed," 11th grade student, Andre Portnov, said.

"This is why we did the video – to send hope, to cheer people up and to show our sympathy," he added.

Peng Liyuan, wife of China's President Xi Jinping, who visited the school in 2014, has written a letter to the students and teachers encouraging them to continue making a contribution to strengthening the friendship between China and Germany.

Peng echoed the sentiments of the choir, stressing her belief that the snow would melt and the spring is on the way, and if people of all countries join hands, the pandemic will be defeated. She has extended an invitation to the children and staff of Burggymnasium secondary school to return to China when the virus has been contained.

The idea of a Chinese choir started in 2013 as a way to improve the students' pronunciation of the Chinese language. Burggymnasium is one of the few secondary schools in Germany that has had Chinese as an optional course since 2008.

The school's principal, Simone Reuen, said the students are interested in Chinese culture and they are happy the school offers them the chance to learn the language.

Tenth-year student Josephine Martin comes from a family of three elder siblings, all of whom speak Chinese.

She said joining the choir has helped her learn the Chinese language and motivated her to keep going.

"I've been influenced by Chinese culture for my entire life," Martin said. "That's also why I went to the Chinese choir, when I was just a little girl, I tagged along with my brother and sister, just sang the songs for fun," she added. 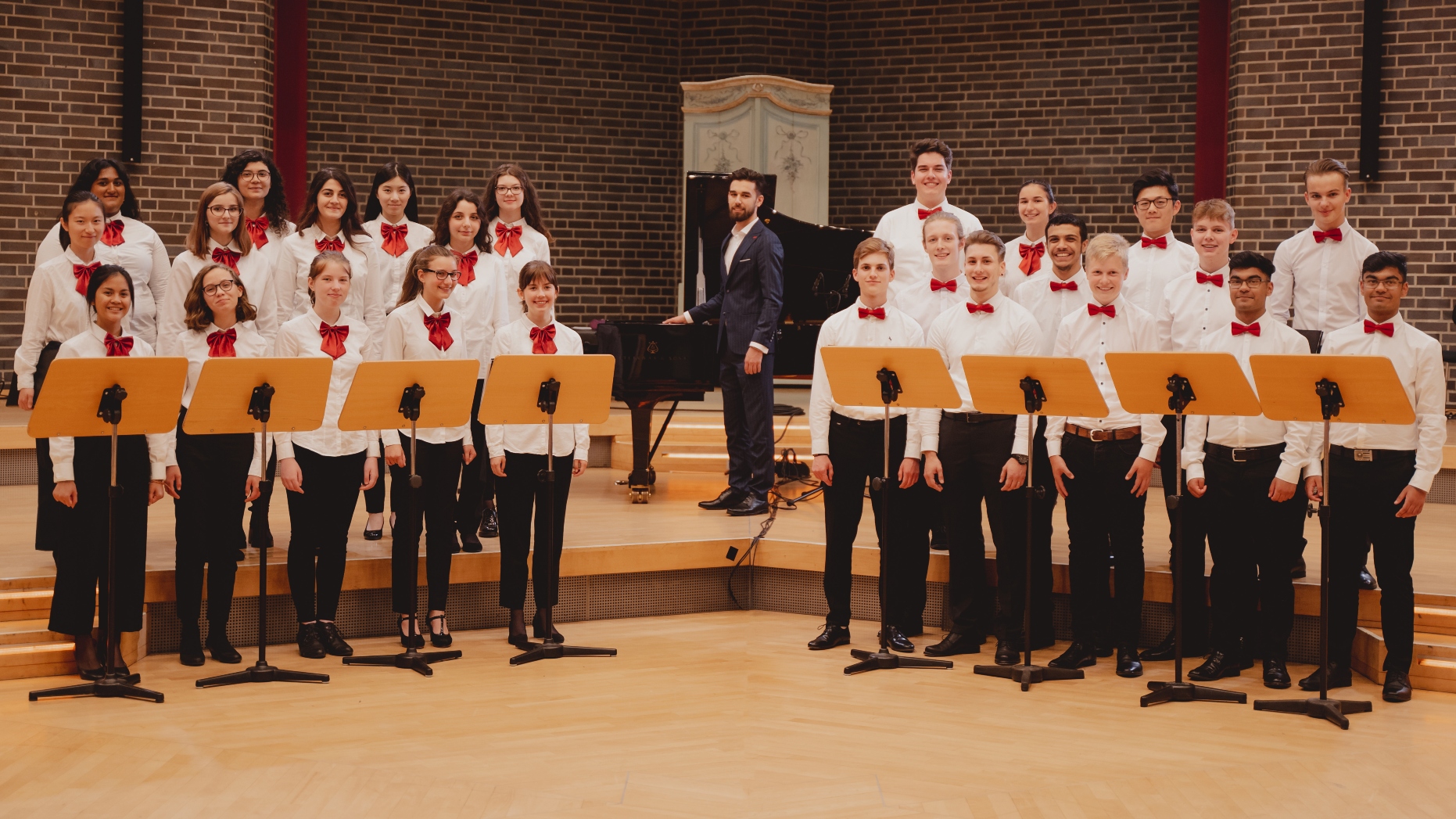 The Chinese choir was set up at Burggymnasium school to help students learning Chinese with their pronunciation. /Burggymnasium Secondary School

The Chinese choir was set up at Burggymnasium school to help students learning Chinese with their pronunciation. /Burggymnasium Secondary School

It gives the language another feeling than just learning the vocabulary, because you get to experience the language through song.
-  Josephine Martin, Burggymnasium Chinese choir member

The students at the school have been to several summer camps in China, including in Beijing, Shanghai, Chengdu and Wuhan. Their fond memories motivate them to continue practicing and performing songs, even if COVID-19 restrictions in Germany mean they can't sing together in person.

They said they hope their singing will send an uplifting message and they look forward to the day when people can meet in person again. 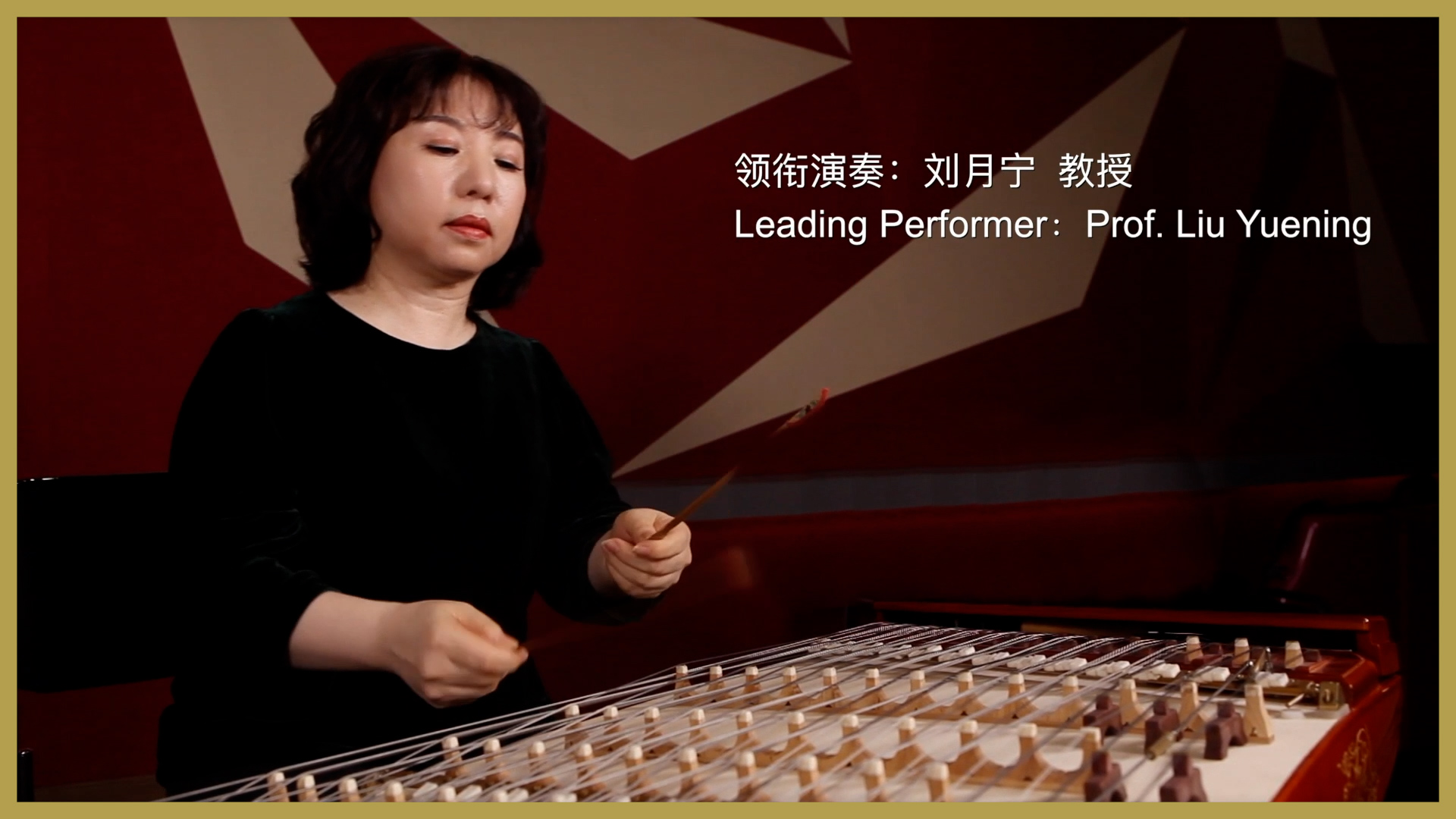