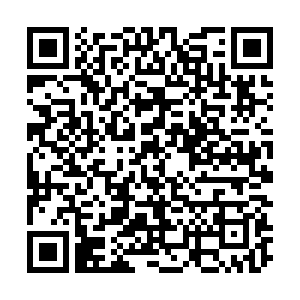 - The EU's top diplomat Josep Borrell has hailed the success of Russia's Sputnik V vaccine, adding that he hopes it will be approved for use in the bloc soon.

- Poland will ease some of its lockdown measures from mid-February, Prime Minister Mateusz Morawiecki has said. Hotels will reopen, while cinemas and theaters will be able to entertain crowds at half capacity.

- Serbia has said it will invest as much as is needed to begin domestic production of Russia's Sputnik V vaccine later this year, President Aleksandar Vucic has said.

- Germany's Chancellor Angela Merkel and France's President Emmanuel Macron have both defended the European Union's vaccination roll-out, despite many criticizing the bloc over a slow start.

- Up to 7 million people in Italy could be fully vaccinated by the end of March if vaccine supplies are confirmed, according to the government's special commissioner, Domenico Arcuri.

- Denmark, Austria, Greece and Czechia have called on the European Commission to act quickly to secure doses of a vaccine developed by U.S. firm Johnson & Johnson in a letter addressed to Commission President Ursula von der Leyen.

- Hungary plans to begin administering the Chinese Sinopharm vaccine later this month, the government has said.

- Chancellor Angela Merkel has said Germany is past the peak of the second wave of the virus, but added that restrictions would not be eased until more is known about the new variants of the virus.

- France's Prime Minister Jean Castex has ruled out a new nationwide lockdown for the time being because the rate of infection had not significantly increased over the past fortnight.

- New infections in Portugal are slowing, according to the Health Minister Marta Temido, but she insisted that "we nevertheless have difficult weeks ahead of us." 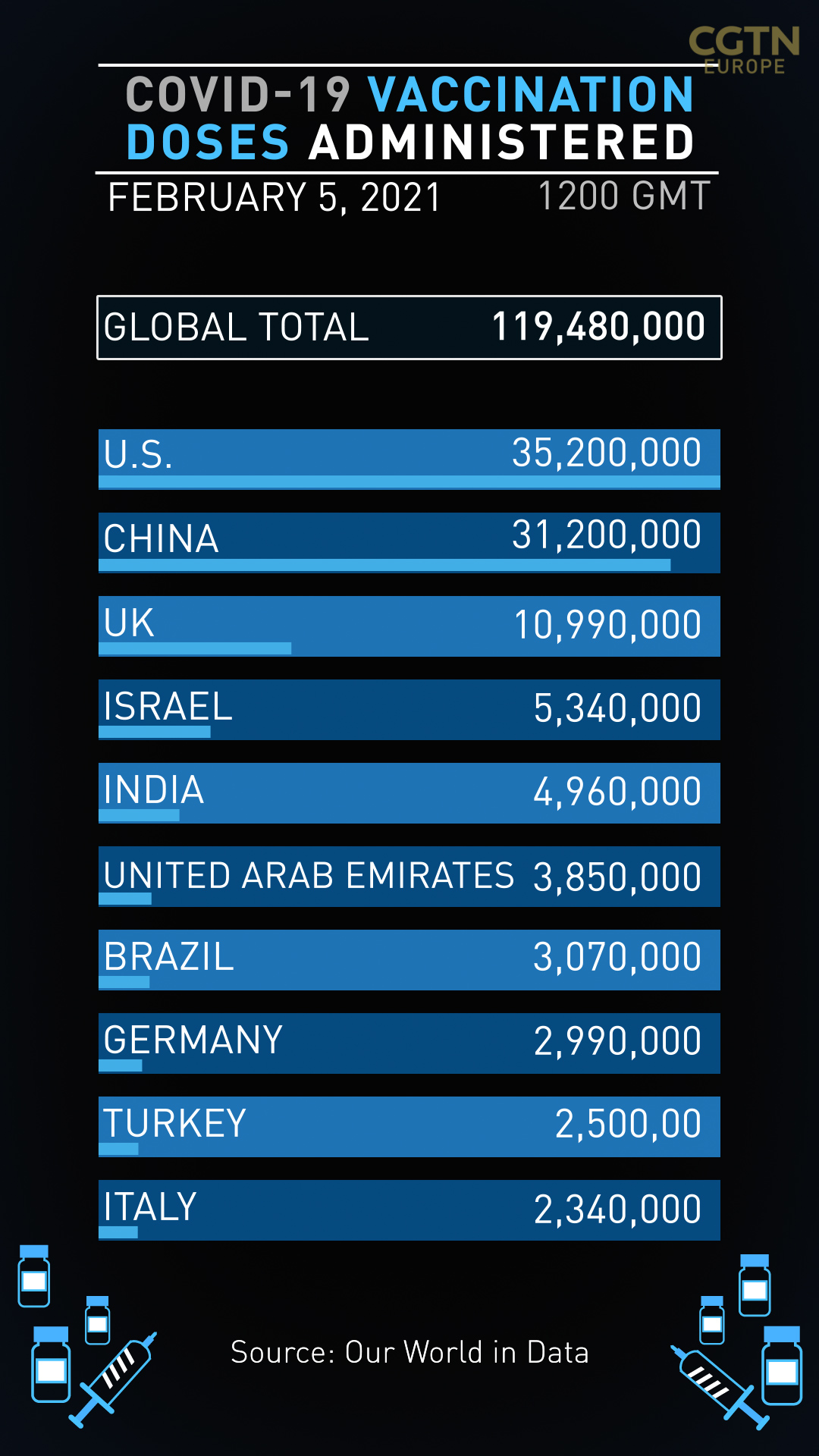 France's prime minister said there will be no new lockdown in mainland France for now, adding: "The circulation of the virus has not markedly increased." Jean Castex says France has currently an average of 20,000 new cases, 1,600 hospitalizations and 320 deaths each day.

Castex said the variants of COVID-19 are "a very real threat" and if the health situation "badly deteriorates we will not hesitate in acting" but confirmed that right now "the situation does not justify one [a lockdown]."

However, the government says a new lockdown will now be imposed for at least three weeks on the island of Mayotte, France's south-east African overseas department between Mozambique and Madagascar.

Castex says 1.7 million new vaccine appointments will be open to book in the next few days, with 500,000 slots open today, February 5.

The first vaccinations of the Oxford University-AstraZeneca jab will take place from February 6.

The interior minister said that since the start of the nationwide curfew on December 15, 177,000 fines have been handed out for breaking curfew rules.

Hungary will receive enough Sinopharm vaccines from China to inoculate 250,000 people per month between February and April, the prime minister's chief of staff said on Friday.

Gergely Gulyas also said in a press conference the government is expecting to have vaccinated 1.75 million people with Sinopharm's jab by May.

Both the Sinopharm and Sputnik V jabs have been approved in the country, despite some criticism from the scientific community regarding lack of transparency in the approval process.

A total of 264,530 people have been vaccinated in Hungary, with vaccines from Pfizer-BioNTech and Moderna. More than 92,000 have received the second dose. 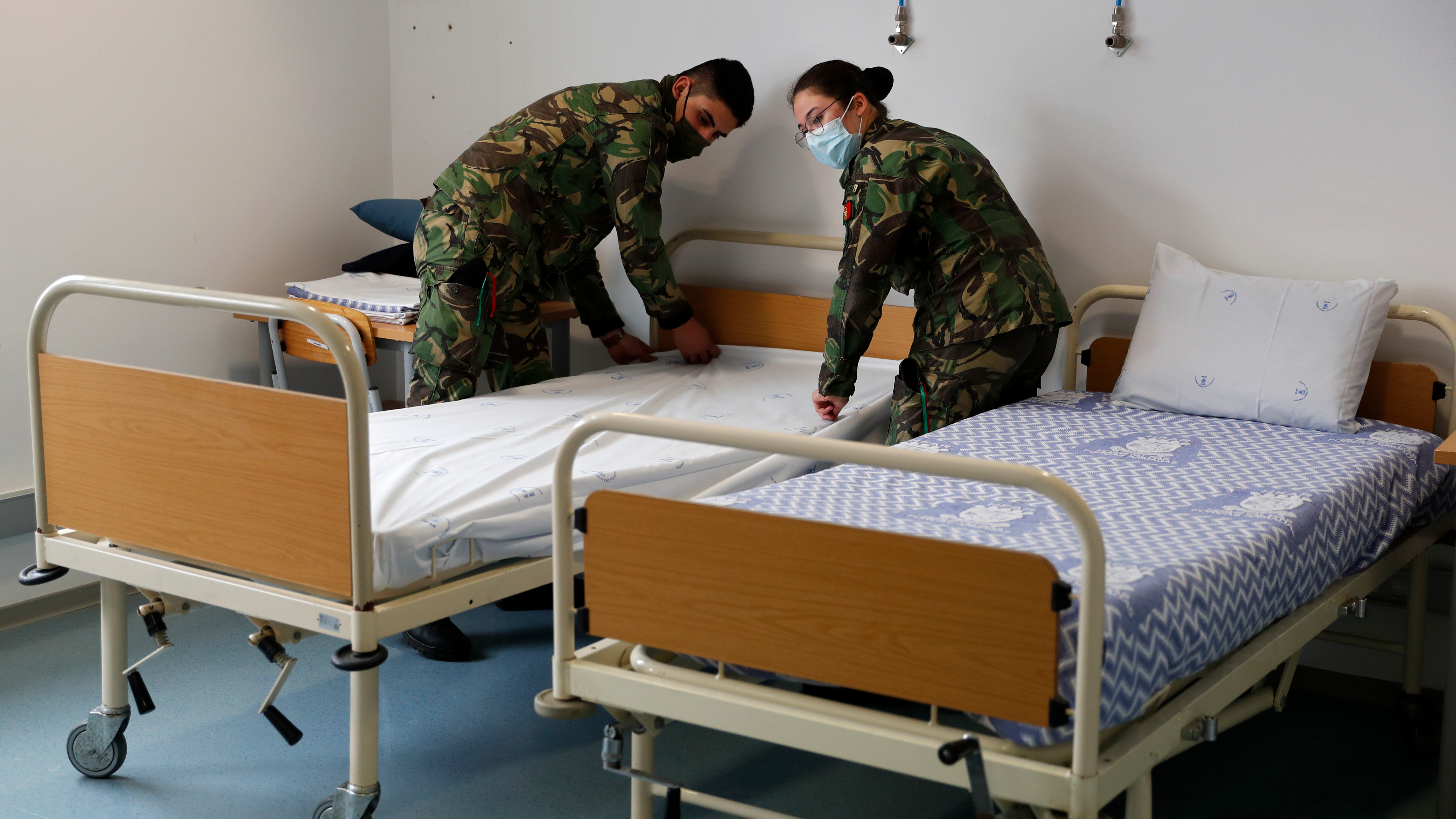 New infections in Portugal are slowing, according to Health Minister Marta Temido. /AP

New infections in Portugal are slowing, according to Health Minister Marta Temido. /AP

Travelers to the UK from 33 high-risk countries will have to pay to quarantine in hotels for 10 days from February 15.

The UK government announced the plans last month, before delaying details on how the scheme would work. Critics say the measures are coming into effect too late and many hotels still don't know how the rules will work.

But ministers have defended the plans, saying they are part of a range of measures aimed at preventing new variants of COVID-19 entering the country.

Meanwhile, the British Beer and Pub Association says 87m pints of beer will be thrown away as a result of coronavirus lockdowns. That's equivalent to more than $450 million in lost sales.

Deliveries of the Oxford University-AstraZeneca vaccine are beginning today across Germany's 16 states.

Nine million extra doses have been promised to the European Union following a very public row between the bloc and the pharmaceutical giant. At one point, Berlin and Paris raised the threat of legal action.

The doses can't come soon enough, as supplies of the Moderna and Pfizer-BioNTech vaccines have been running low. Health Minister Jens Spahn told reporters on Friday that the addition of a third vaccine to Germany's coronavirus arsenal would "make a real difference."

However, unlike the UK, which was the first nation to roll out the AstraZeneca vaccine, Germany is reserving this jab for people under 65 years old. Scientists reviewing the vaccine say data for older populations are not conclusive enough.

As of Saturday, Germany will have inoculated 3 million people. 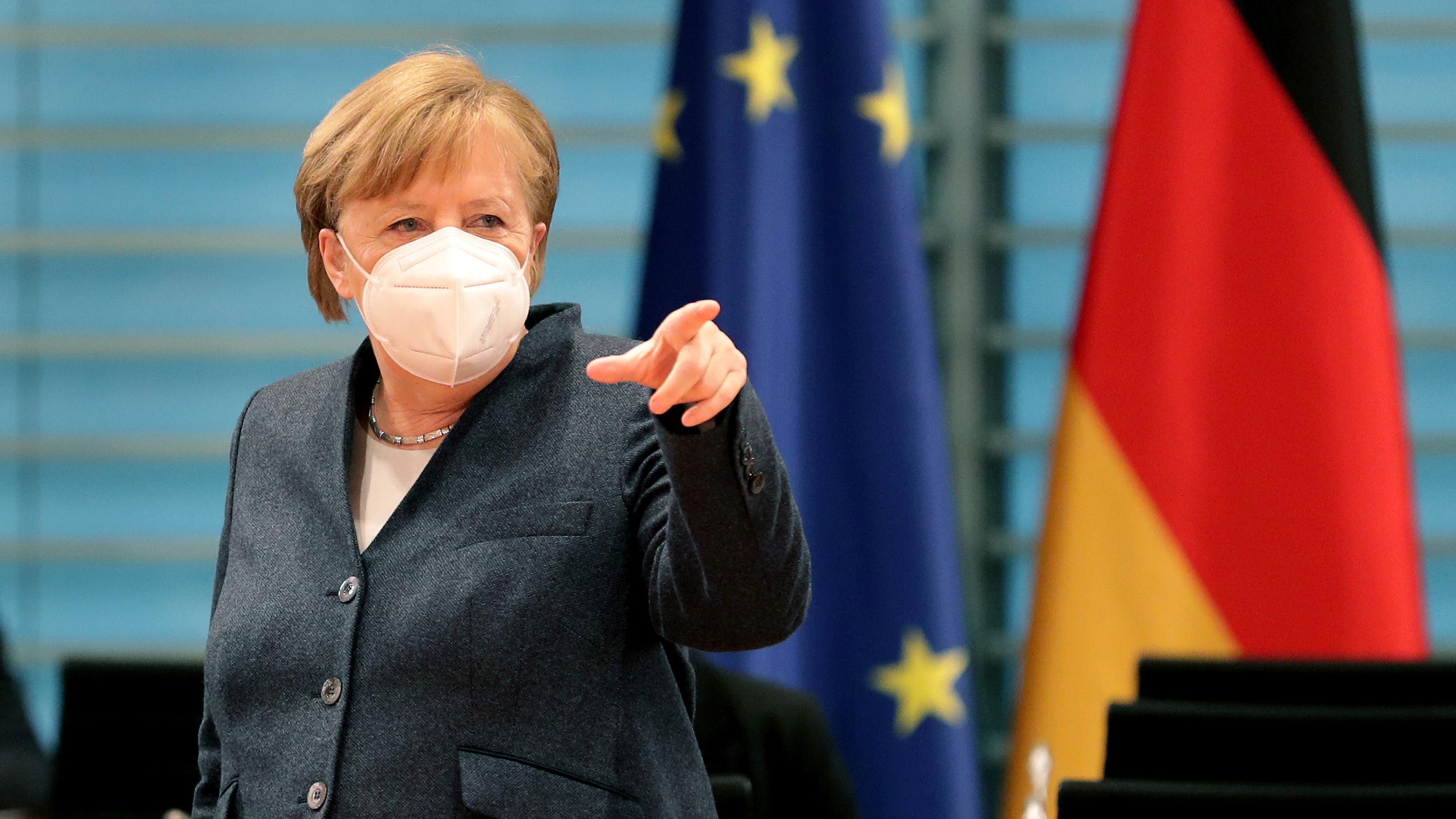 Germany's Chancellor Angela Merkel says the country is past the peak of the second wave of the virus. /AP

Germany's Chancellor Angela Merkel says the country is past the peak of the second wave of the virus. /AP

CGTN Africa: Rhino poaching down a third during lockdown in South Africa