Download
Nearly 5m EU citizens have applied to stay in the UK after Brexit – but where are they from?
Thomas Wintle 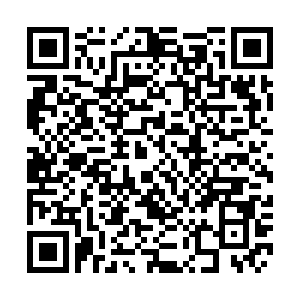 Nearly 5m EU citizens have registered to stay in the UK, according to government figures. /Frank Augstein/AP

Nearly 5m EU citizens have registered to stay in the UK, according to government figures. /Frank Augstein/AP

Just under 5 million European Union citizens have now registered to stay in the UK, according to government data, as the deadline for claiming settlement in post-Brexit Britain edges closer.

More applications are expected to come in before the EU Settlement Scheme – the UK's mechanism for European citizens to claim settlement – is wound up on June 30.

But according to the data, which run up until the end of 2020, around 4.49 million of the 4.88 million applicants have already had their cases processed. So far, around 54 percent have been offered settled status – more than 2.4 million EU citizens.

Who should get vaccine priority?

Nearly 2 million more were granted pre-settled status, giving them limited leave to stay as they have not yet been in the UK for five years. It also means, unlike their "settled" counterparts, that if their child is born in the UK post Brexit, the baby won't be entitled to British citizenship until they pass the five-year residency threshold.

And while most EU citizens have been allowed to remain under the scheme, the government refused 33,700 people's requests, declaring a further 49,000 applications invalid.

The Home Office also released more detailed data on the demographics of those applying, showing which nationalities, age groups, and UK regions had recorded the highest number of requests.

According to figures prior to the end of September 2020, the highest numbers of people wanting to stay in the UK came from Poland, Romania, Italy, Portugal and Spain. Together, these top five nationalities made up around 60 percent of applications.

The data also show that Northern Ireland, Wales and Scotland were more likely to grant settled status to applicants than English authorities, although more than 90 percent of applications were in England. 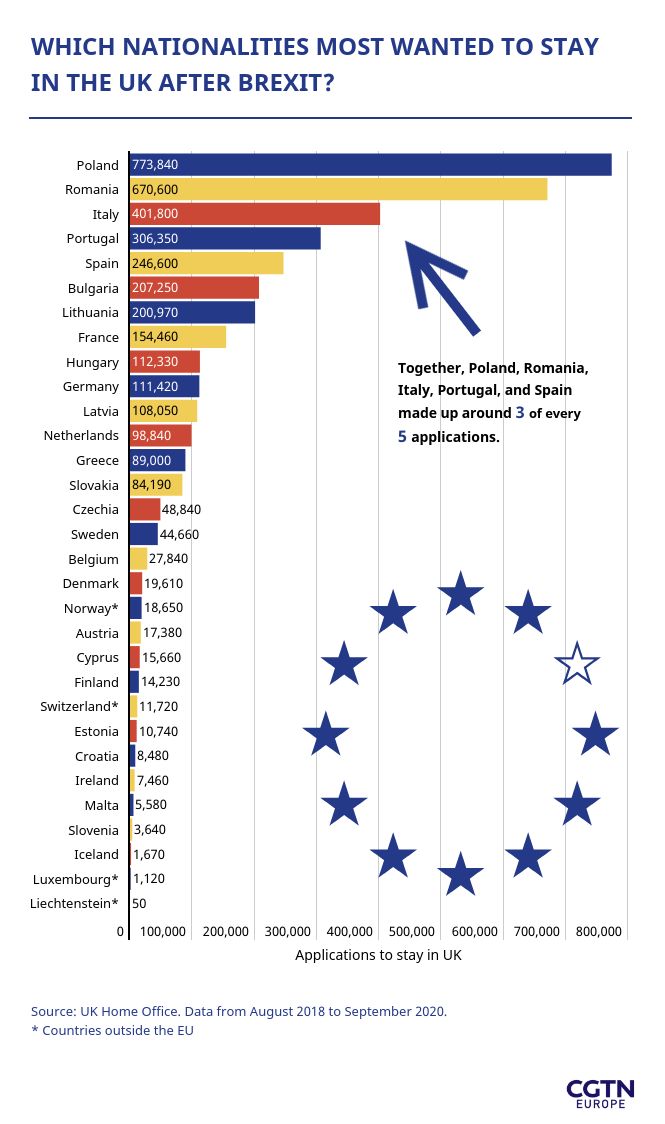 Nearly 15 percent of the applications were made for people under the age of 18, while just 2 percent came from those aged 65 and over.

Most applications came from the multicultural London region, which accounted for seven of the top 10 local authorities with the highest numbers. Birmingham, Leicester and Manchester were the only other cities in the top tier.

In terms of which local areas saw the highest percentage of a particular nationality, the northern English city of Wakefield recorded the highest proportion of applications from Polish nationals, who made up 51 percent of its application. While in the town of Harrow on the outskirts of London, Romanians topped the list, making up 57 percent of applications. 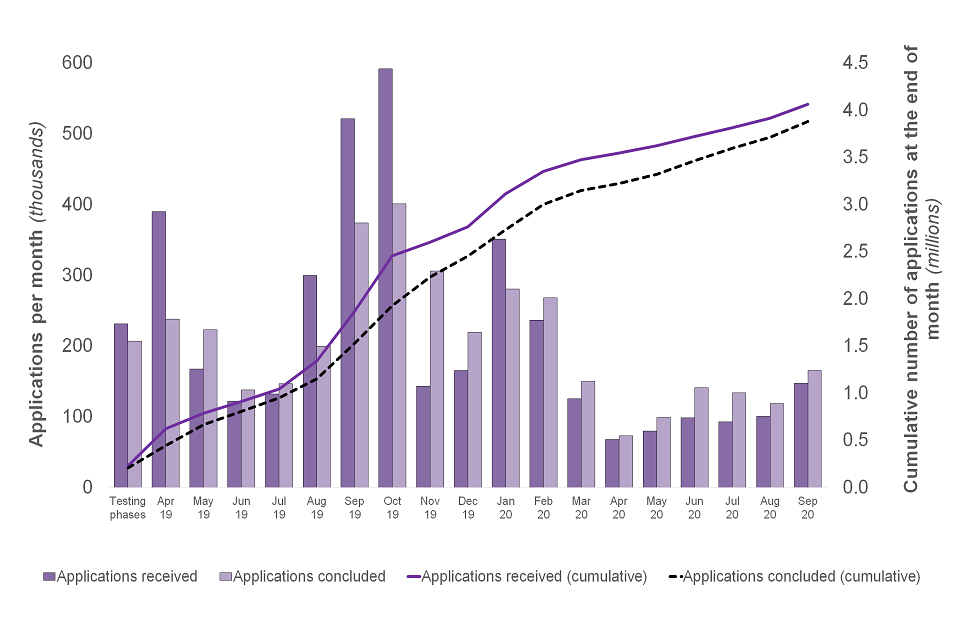 The number of people applying to stay in the UK post Brexit spiked in October 2019. /UK Home Office

The number of people applying to stay in the UK post Brexit spiked in October 2019. /UK Home Office

The data come as a post-Brexit Britain readies to test its new points-based immigration system, but before the scheme comes into its own, the Conservative government appears to be encouraging as many EU nationals to leave as it can.

From January 1, 2021, the UK government added EU citizens to its voluntary returns scheme, which means they are offered up to 2,000 pounds ($2,738) resettlement money and their flights paid as an encouragement to leave the UK.

There are fears the decision may help target some of the most vulnerable EU citizens, many of whom are yet to resolve their status, while a report from the UK's Joint Council for the Welfare of Immigrants warned that thousands of European key workers could lose their legal right to say in the UK.

According to the document, titled When the Clapping Stops: EU Care Workers After Brexit, one in seven care workers surveyed was unsure what the EU Settlement Scheme was, with one in three not knowing there was a deadline or when it was.

The Council added that European workers in UK sectors with low pay, poor conditions and insecure contracts such as care work, agriculture and construction were especially at risk of missing out on the scheme and therefore having to leave the UK.

"If even a tiny fraction of the estimated EEA+ [EU, EEA and Swiss] residents are unable to apply in time, tens of thousands will lose their status overnight," the report stated. "Without urgent action, the care sector is likely to be devastated."