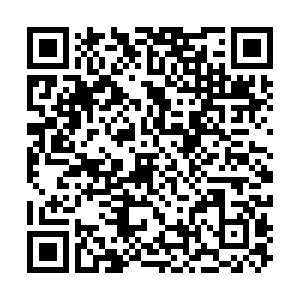 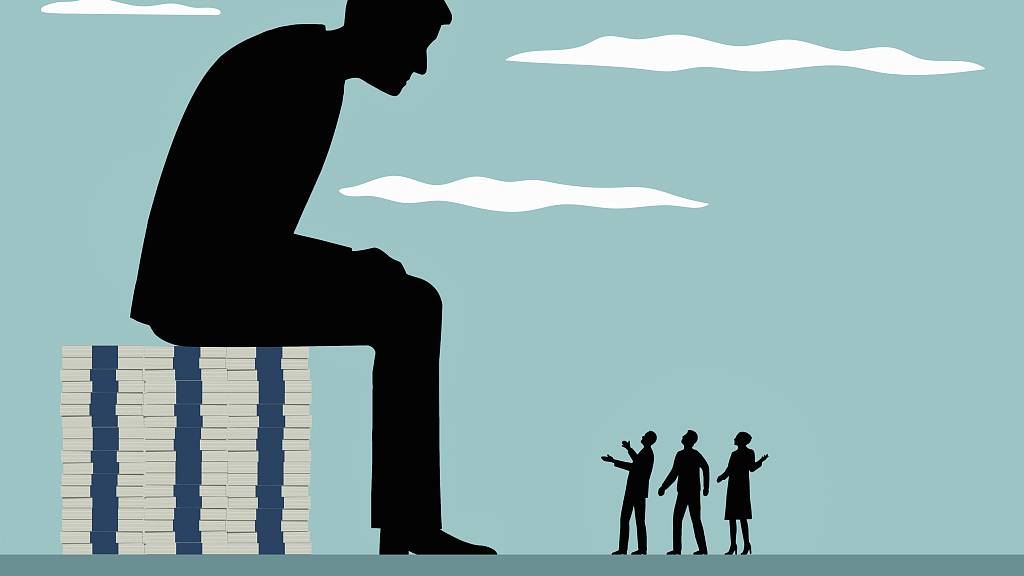 According to a new Oxfam report, the world's richest people recovered their losses from COVID-19 in just nine months. /Nick Lowndes/Ikon Images/CFP

According to a new Oxfam report, the world's richest people recovered their losses from COVID-19 in just nine months. /Nick Lowndes/Ikon Images/CFP

The 1,000 richest people on the planet recovered their losses from COVID-19 in just nine months, according to a new Oxfam report, while it may be more than a decade before the world's poorest achieve the same.

The Inequality Virus, detailing the pandemic's polarizing effect on global wealth, was released on January 25, the opening day of this year's World Economic Forum in Davos. A day later, Swiss bank UBS has pledged to return billions more to shareholders as surging incomes for the world's super rich prompted a sharp rise in profits in 2020.

"We stand to witness the greatest rise in inequality since records began," said Gabriela Bucher, executive director of Oxfam International. "The deep divide between the rich and poor is proving as deadly as the virus."

She added: "The fight against inequality must be at the heart of economic rescue and recovery efforts."

According to the report compiled by 295 economists from 79 countries, for the first time since records began, the novel coronavirus has the capability of increasing economic inequality in nearly every country at once.

The survey estimates that growing wealth disparity could mean it will take 14 times longer for the number of people living in poverty to come back to pre-pandemic levels than it took for the wealth of the world's top 1,000 billionaires, who are mostly male and white, to return.

Around 87 percent of the economists in the report said they expected an "increase" or a "major increase" in income inequality in their country because of the economic fallout caused by the coronavirus. 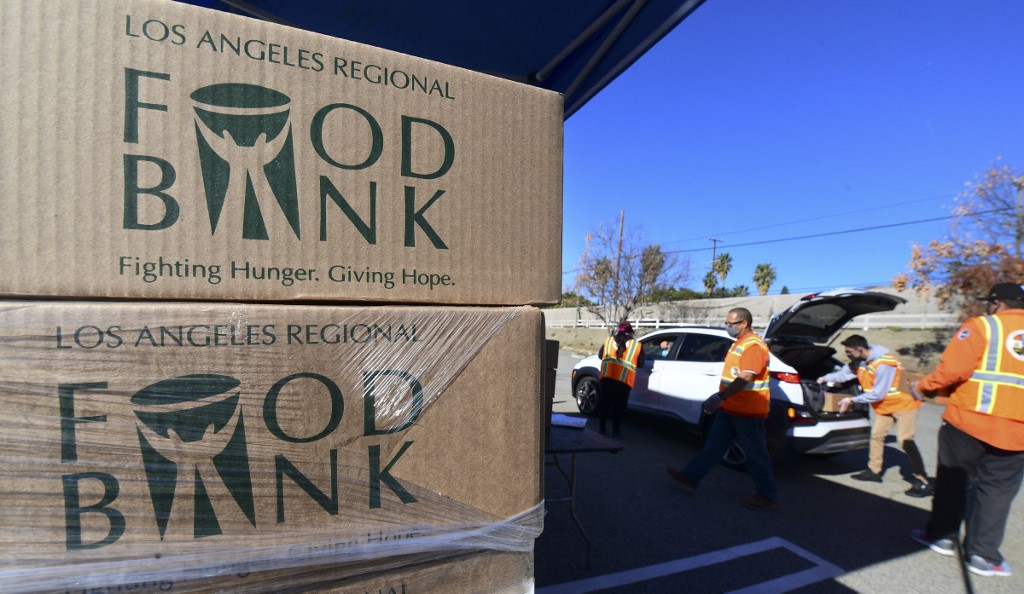 The pandemic has caused the worst job crisis since the Great Depression, with hundreds of millions of people now underemployed or out of work. /Frederic J. Brown/AFP

The pandemic has caused the worst job crisis since the Great Depression, with hundreds of millions of people now underemployed or out of work. /Frederic J. Brown/AFP

"Rigged economies are funnelling wealth to a rich elite who are riding out the pandemic in luxury," said Bucher, "while those on the front line of the pandemic – shop assistants, healthcare workers and market vendors – are struggling to pay the bills and put food on the table."

The pandemic has brought with it the worst job crisis since the Great Depression, with hundreds of millions of people now underemployed or out of work.

However, the report says "the recession is over for the richest," stating the accumulated wealth of the world's 10 richest men has risen by half a trillion dollars since the start of the pandemic.

READ MORE: What the world has learnt from lockdown

Oxfam estimates that such an amount would be more than enough to pay for a COVID-19 vaccine for everyone and to keep people from sliding into poverty amid the pandemic.

Women have been hardest hit, according to the survey. In part because of their overrepresentation in low-paid, precarious professions. They also make up roughly 70 percent of the global health and social care workforce, putting them at greater risk from the virus. 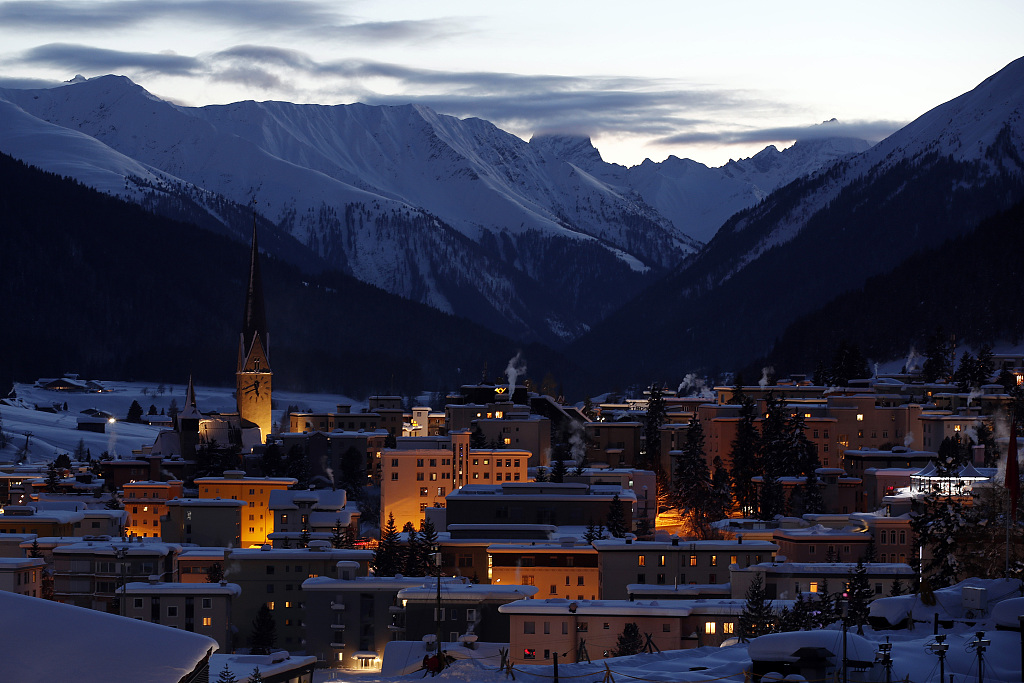 'The Inequality Virus' was published on the opening day of this year's World Economic Forum in Davos. /Bloomberg Creative/Getty Creative / CFP

'The Inequality Virus' was published on the opening day of this year's World Economic Forum in Davos. /Bloomberg Creative/Getty Creative / CFP

Infection and mortality rates are also apparently higher in poorer areas in places including France, India, and Spain. Mortality rates in England's poorest regions were double those of its richest areas.

The report also takes aim at racial inequality, saying that nearly 22,000 black and hispanic people in the U.S. would still be alive if they had the same coronavirus mortality rates as white Americans.

"Extreme inequality is not inevitable, but a policy choice," said Bucher. Adding: "Governments around the world must seize this opportunity to build more equal, more inclusive economies that end poverty and protect the planet."

The report recommends a short-term tax on excess profits made by the 32 global corporations that have done the best during the pandemic. It adds that such a scheme could have raised $104 billion in 2020, enough to give unemployment benefits for all workers and financial support for all children and elderly people in low- and middle-income countries.

READ MORE: From the arcade to the office: VR at work

Bucher stressed that governments must ensure everyone gets access to financial support if they lose their job, as well as a vaccine.

"They must invest in public services and low-carbon sectors to create millions of new jobs and ensure everyone has access to a decent education, health and social care, and they must ensure the richest individuals and corporations contribute their fair share of tax to pay for it.

"These measures must not be band-aid solutions for desperate times but a 'new normal' in economies that work for the benefit of all people, not just the privileged few."