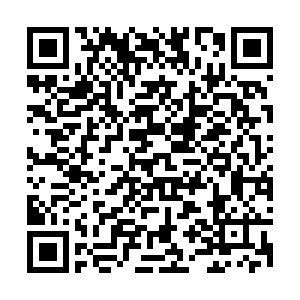 Giuseppe Conte is affiliated to no political party. /Roberto Monaldo/ Lapresse via AP)

Giuseppe Conte is affiliated to no political party. /Roberto Monaldo/ Lapresse via AP)

Italian Prime Minister Giuseppe Conte has resigned as he seeks to put together a new coalition and rebuild his parliamentary majority.

Conte lost his absolute majority in the upper house Senate last week when a junior partner, the Italia Viva party headed by former PM Matteo Renzi, quit in a row over the government's plans for a European Union (EU) fund to help the country's economic crisis.

Efforts to lure centrist and independent senators into the governing-coalition ranks to fill the hole left by Renzi have met little success. Despite winning a vote of no-confidence in the lower-house last week, Conte had little choice but to resign and open a formal government crisis that will give him more time to find a deal.

- Why are house prices rising amid the worst economic crisis since WWII?

- Swedish archaeologists to save artifacts from Baltic shipwrecks

President Sergio Mattarella will now hold consultations with party leaders about what to do next.

If he thinks Conte might get the necessary backing to pull together a new administration, he will give him a few days to try to finalise a deal and draw up a new cabinet.

However, if he fails, Mattarella will have to come up with an alternative candidate deemed capable of piecing together a workable coalition. Failing that he will have to call elections, two years ahead of schedule.

Conte is a lawyer with no direct political affiliation, but is close to the largest party in parliament, the anti-establishment 5-Star Movement.

He first came to power in 2018 after 5-Star formed an unexpected coalition with the far-right League. When that pact unraveled a year later, he stayed on as head of a new administration involving the 5-Star and leftist parties.

The deepening crisis is playing out against the backdrop of the coronavirus pandemic, which has killed more than 85,000 Italians - the second highest death toll in Europe after Britain and the sixth highest in the world.

The health crisis has triggered the worst recession in Italy since World War Two and the government has been struggling to draw up a plan on how to use EU support to help the economy recover.

Renzi, whose party had become kingmakers despite their small share of the vote, has demanded the government seek additional funding from the EU's bailout program to gain maximum access to cash. But his coalition partners refused on the grounds that that money from Brussels would come with strict conditions.