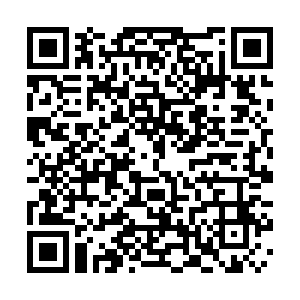 "An economist interested in dance might seem a little bit strange, but I've always been interested in dance since the days when I was a young girl and my mom used to take me to all these ballet classes," says Michela Vecchi, associate professor of economics at Middlesex University.

She finds dance is not just a good form of exercise or a way to stay fit and supple "but it also has an effect on our brain."

Her friends often question why even as a middle-aged woman is she so keen on dancing – and her answer to them always is that it exercises her brain and gives her the opportunity to learn something new.

A few years ago Vecchi came across neuroscience literature about the positive effects that dancing has on the brain, and realized that she herself had been experiencing it.

"Several studies have proven that dance is particularly effective in improving your well-being," she says. "And if we feel better, if we feel happier, that also reflects in our work.

"When we dance, we're kind of transported into a completely different environment, we can lose ourselves in the music, we focus on the movement. We have to learn new movements."

She says dancing keeps her sane, so she has continued to dance with her studio group even during lockdown. They now 'meet and dance' via Zoom, and while they may struggle to follow all the steps they see on their screens, they continue to bond over their shared love for dancing.

If dance really has a positive effect on our well-being, how does it impact the way we work?

As an economist, Vecchi has been exploring the link between dance and productivity at work for several years. She has studied productivity levels in companies, industries and countries, exploring ways to enhance productivity.

Now she is planning to conduct a study "to test whether dance has an effect on our productivity, on our performance, on the job." It will require a group of workers to perform a set of dance classes over at least a period of three months, while another group will be asked to do a different type of exercise.

Dance improves the way the neurons talk to each other, and can keep our brain young
-  Michela Vecchi, associate professor, Middlesex University

The study will analyze the effort put in performing a certain task, how well it is performed and the quality of the task. This will then help establish what impact, if any, can dancing have on productivity.

Vecchi explains it was previously believed the brain has a set number of cells, which decline as we age – but the reality is that the connections within the brain can be created and stimulated all the way through.

"Dance improves these connections, improves the way the neurons talk to each other, and can keep our brain young," she explains. "Research has shown that exercise is good for our brain,  but that dance is better." Michela Vecchi believes dance is not just for the professionals but for anyone who finds joy in it. /Jon Barlow

Michela Vecchi believes dance is not just for the professionals but for anyone who finds joy in it. /Jon Barlow

This view is echoed by Judith Hanna, a U.S.-based anthropologist who describes dance as "exercise plus" because it combines the positive effects of music, coordination and the social experience of dancing with others. All these elements can improve the functioning of our brain.

Vecchi has been challenging the general perception that dance is only for those who are actually good at it.

"We do it for ourselves, so dance could be for anybody," she says. "When you dance, the music, your own experiences, feed into your movements. And this is a different dimension that I can only find in dance.

"There's usually a little story behind the movements. It requires us to be imaginative, which has an impact on your brain."

How can dancing keep the brain young?

There have been several studies in the last few years that have looked at the impact of dancing on the elderly, particularly those affected by Parkinson's disease and dementia.

"Dancing is very powerful in relieving the symptoms of Parkinson's disease and in general, the aging of the brain," says Vecchi.

Rafi Eldor, professor of economics at Tel Aviv University, was diagnosed with Parkinson's disease in 2008, at the age of 55. He was still working and active but doctors estimated he only had five years of independent life left, after which the disease would take over his body and he would struggle to carry out everyday tasks.

His response to this grim prognosis was to take up dancing and his has been a success story.

Vecchi says there are several companies now that offer classes to senior individuals. "There are lots of possibilities and we're only just starting to explore them," she acknowledges. 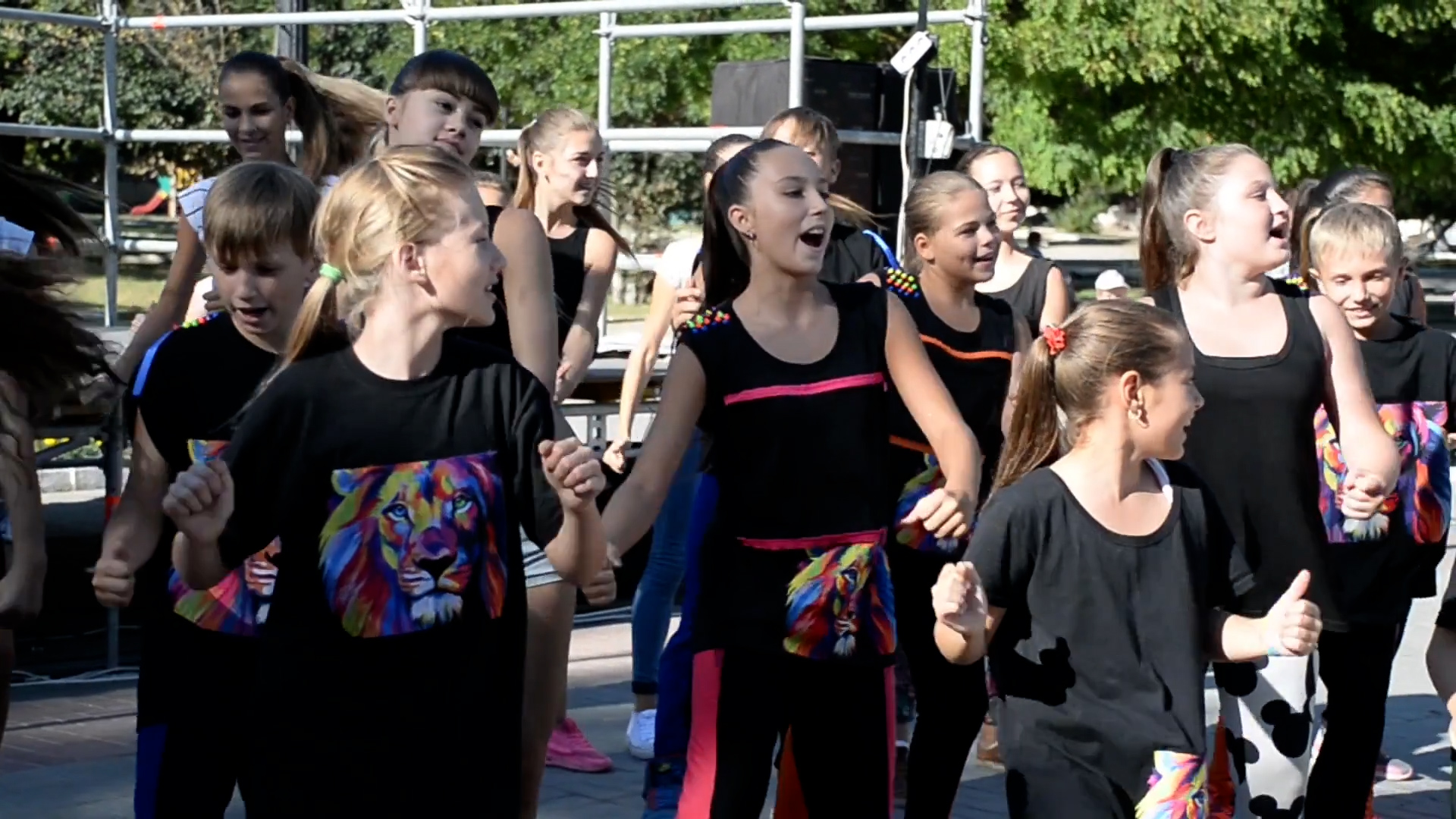 Dancing is a liberating experience for many.

Dancing is a liberating experience for many.

Dance has been Orit Sutton's lifeblood.

"Ever since I can remember, I have loved the theater and adored dance," says Sutton, artistic director of Let's All Dance, a small dance company based in southeast London. "The beauty of dance transcends all words and taps into something so deep and primal that it regularly moves me to tears."

She danced, acted and sang professionally until 2006, when she had her daughter and she could no longer juggle evening performances with looking after a new born baby. However, she set up her own company in 2010, which initially offered dance classes and dance parties.

"I was looking for a show to take my daughter to and for two or three-year-olds, there really wasn't very much that was good quality, especially not dance – so I decided to do a little show, The Princess and the Frog," she recalls. "It was just me, a stage manager and two dancers touring around in a big estate car."

Since then the company has gone from strength to strength and has been doing professional shows for family audiences.

Before the pandemic, her company was doing six or seven shows a year, playing to an 800-strong audience.

But when the pandemic hit the UK and lockdown was enforced in March 2020, all their shows had to be canceled. As restrictions eased in the summer months, they took their productions to outdoor venues, which worked really well despite social distancing measures and reduced crowds.

"Our big production was always at Christmas, usually The Nutcracker," says Sutton. But now they could only make it available online for people to watch it at home. The online version has been well received, but Sutton feels it cannot compare with the live shows. 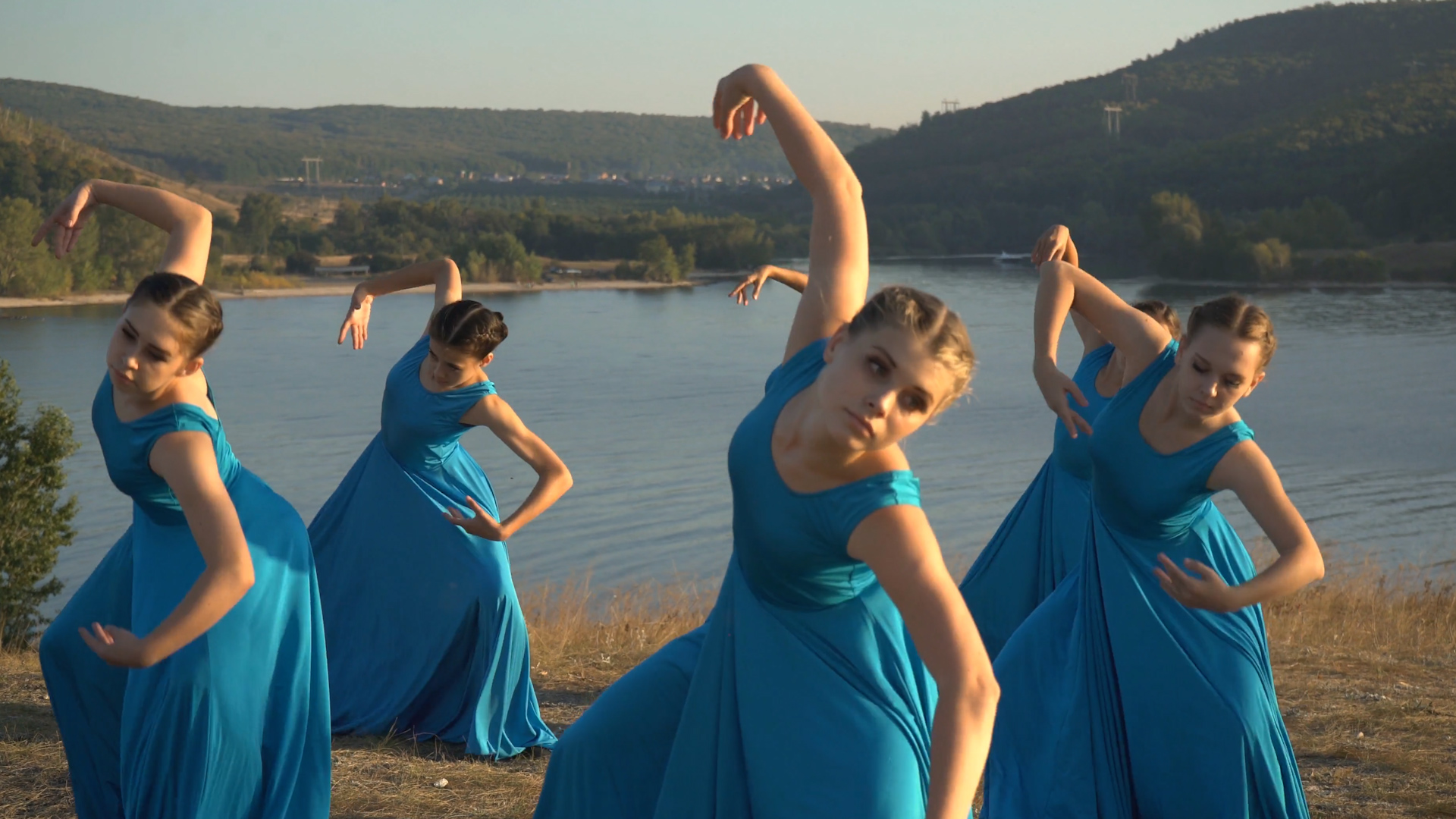 Research shows that even watching a dance performance can stimulate the brain.

Research shows that even watching a dance performance can stimulate the brain.

"There's something about dance – it's so visceral – that to put a barrier between you, to put a screen... you don't experience the excitement and the thrill that runs through an audience when something happens on stage that's funny or sad or impressive," she says.

Her company has been offering online Zoom lessons to schools but it can be challenging for some young learners: as they access the class through a parent's phone, it can be interrupted by a phone call or they may not have enough space to do the movements.

"I think it's really tough. At least 50 percent of every dance class is about the social side of it. When I choreograph for children, it's all about learning to trust each other and learning to work with a partner and learning spatial awareness. There's none of that online."

Despite having access to a variety of online dance classes, Vecchi can relate to the difficulties and lack of motivation to join an online class.

"It is difficult to motivate yourself and I've stopped and I've had big breaks," she admits. "But we also have to think that especially if you have a sedentary job like I have, I need to move."

In online classes, people do not experience the same camaraderie, they do not form the same social connections – but the pandemic has forced many people to find ways around problems, or at least to find the best solutions under the circumstances. And dancing, even if it is online, has its advantages. It gets you moving and you can do it any time you like.

"Once you start feeling the benefits, I think that will motivate you to carry on," says Vecchi. 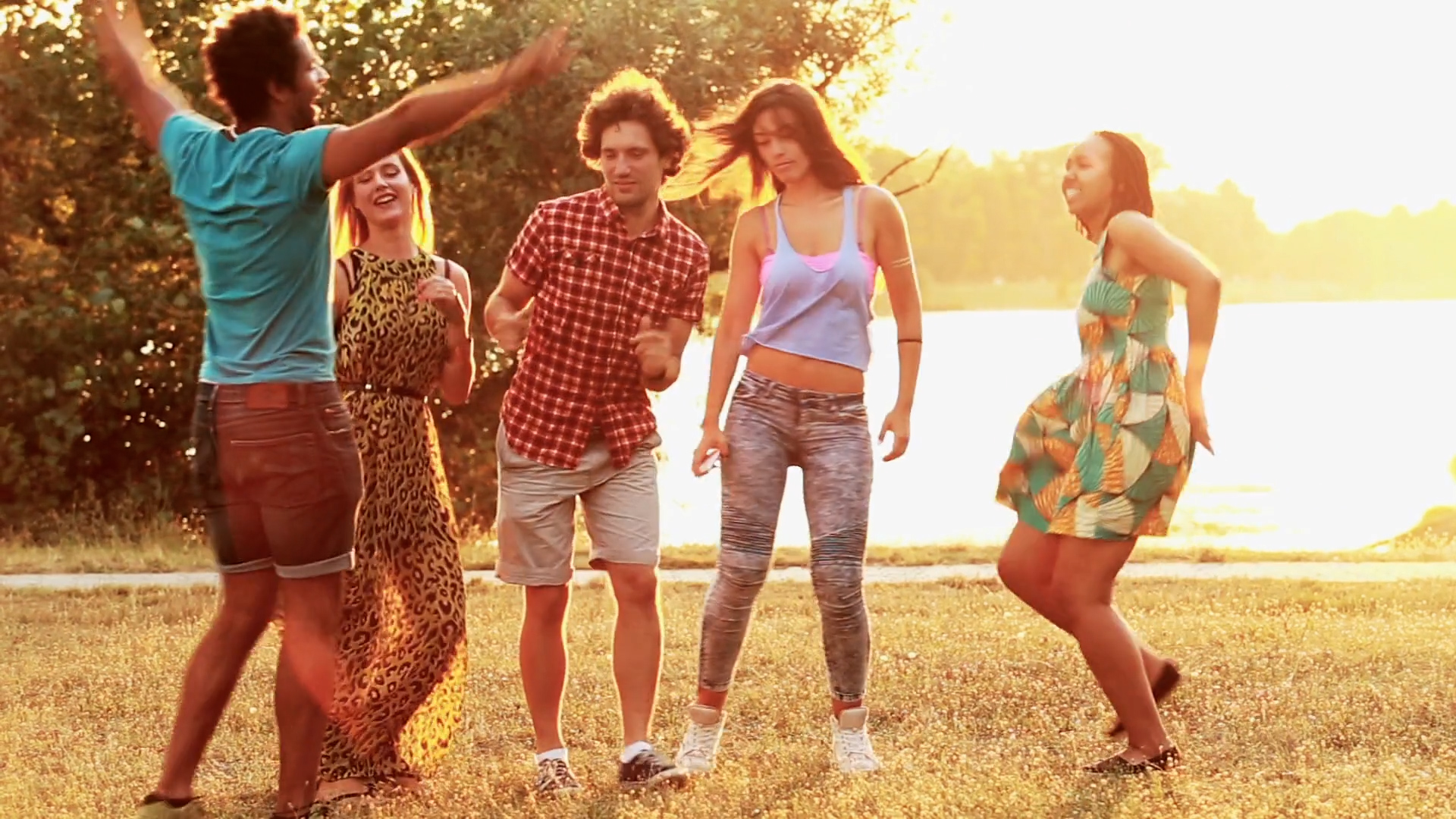 Since the beginning of the COVID-19 pandemic, dance classes have moved from studios to outdoor spaces and online.

Since the beginning of the COVID-19 pandemic, dance classes have moved from studios to outdoor spaces and online.

If dancing online does not appeal to you, you can still enhance your brain functionality by watching a dance performance.

People often feel relaxed watching dance, but it is the type of movement that determines the feelings that the viewer experiences: the more rounded movements make people feel happier. Mirror neurons begin to fire when you watch someone dance, triggering the same feelings of joy or sadness that the dancer experiences and exhibits. 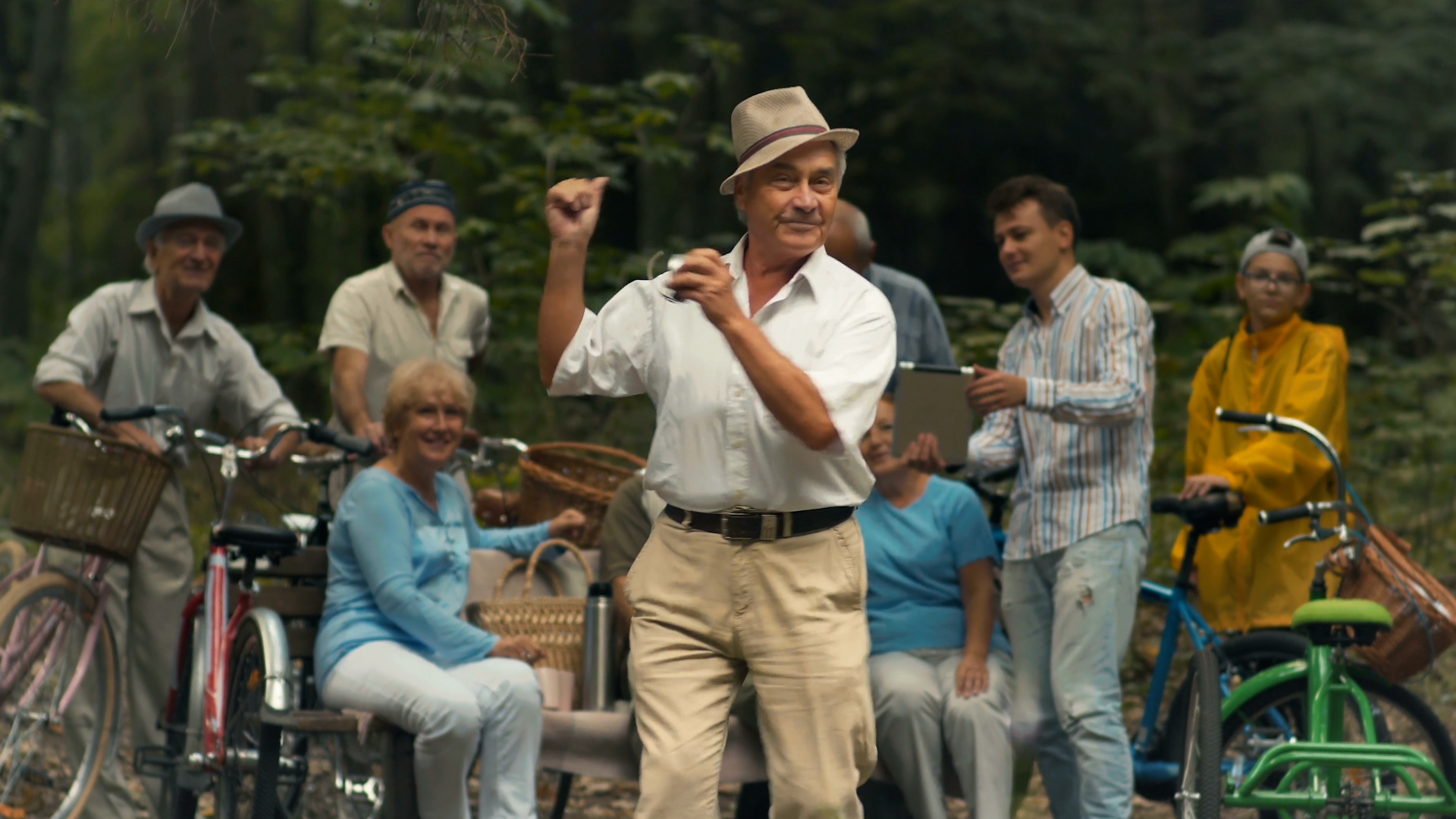 Dancing helps people share the joy of music and movement.

Dancing helps people share the joy of music and movement.

Sutton believes dancing is part of life. She recalls when her company staged the shows in the summer, people were desperate for some culture and most performances sold out.

She is keen that the government takes the necessary steps to make dance accessible and support smaller companies and venues during the pandemic.

"There won't be anything left if we don't nurture these things now," she worries. "And the smaller companies and smaller venues are the stepping stones to all the bigger ones and they inspire children to start off.

"If you look at how people got through the two world wars, they kept the theaters open and they sometimes used them as bunkers and shelters, but they carried on doing the shows."

She believes it does not have to be highbrow professional dance, it just has to be people sharing the love and joy of movement or music.