Download
From the gaming world to the office: VR at work has become very real
Katherine Berjikian 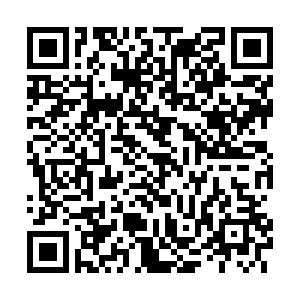 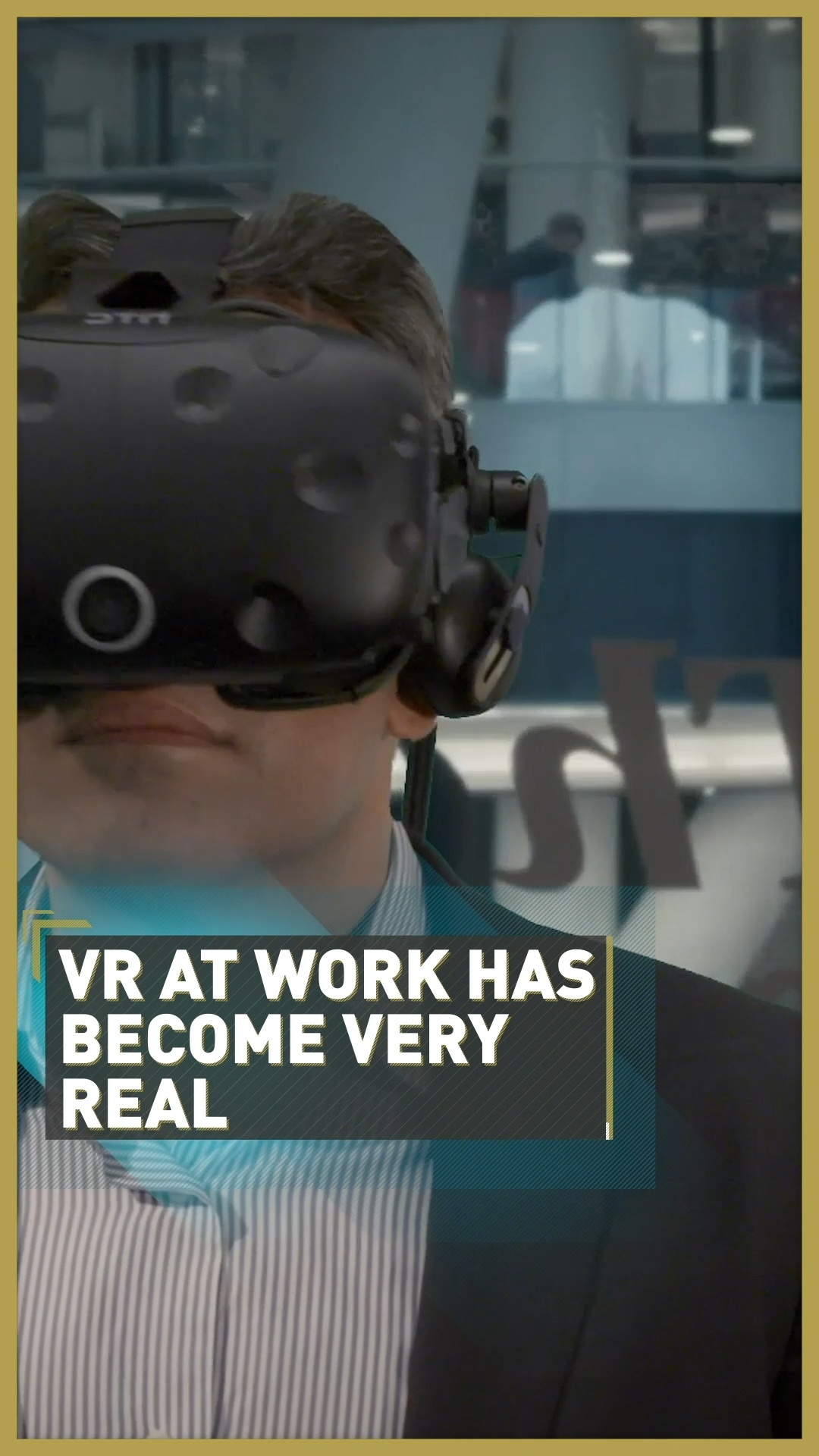 Barry is in his 50s, he's a disgruntled employee, and it's your job to fire him. Again, and again, and again. Or it would be if you were taking part in a virtual reality training demo created by a U.S. company called Talespin.

It's not the only company making the virtual workplace a reality. In less than a decade, virtual reality (or VR as it's commonly known) technology has moved into offices – with VR meetings already being used by mega companies like Mattel, the creator of Barbie.

But where this technology is most likely to touch the general public's working lives is with training programs, like that involving Barry.

"It's not a matter of whether it's going to be a thing in the future," said Jeremy Dalton, the head of VR at audit giant PwC. "Virtual reality for training purposes – and in particular, soft skills training and practical skills training – is an area that's being used by organizations across different industries all over the world right now." 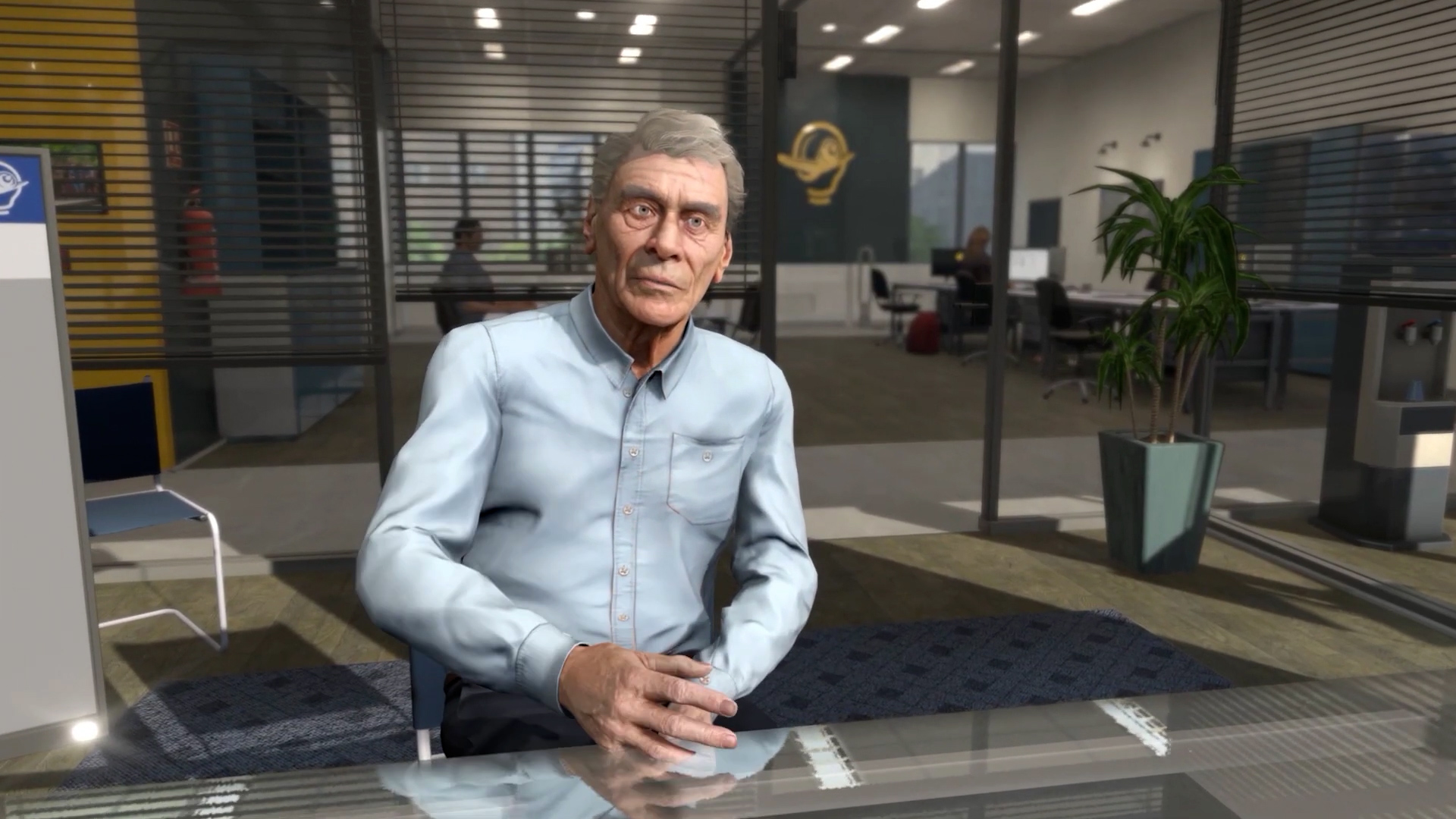 Barry, a character in a demo created by Talespin. His only job is to be fired, again and again. /Talespin

Barry, a character in a demo created by Talespin. His only job is to be fired, again and again. /Talespin

Virtual technology is effective because it can easily trick our brain into thinking that the virtual surroundings are real – even if they don't look real.

One example is a VR game called Walk the Plank, the point of which is to walk out of an elevator, onto a plank that is overlooking the side of a skyscraper. None of it looks real – the planks are blocky – but the 3D immersion makes people have a physical response as if it's real.

"When you put a headset on, what VR does to you is that you see everything in 3D," said Sylvia Xueni Pan, the head of the MA program at Goldsmiths, University of London.

"The display automatically updates when you move your body because of the tracker you have on your head, which creates something called sensorimotor contingency. So, instead of looking at what I'm looking at in front of me, I'd be looking at digital simulations, which my brain doesn't know is VR, and then takes it very seriously." 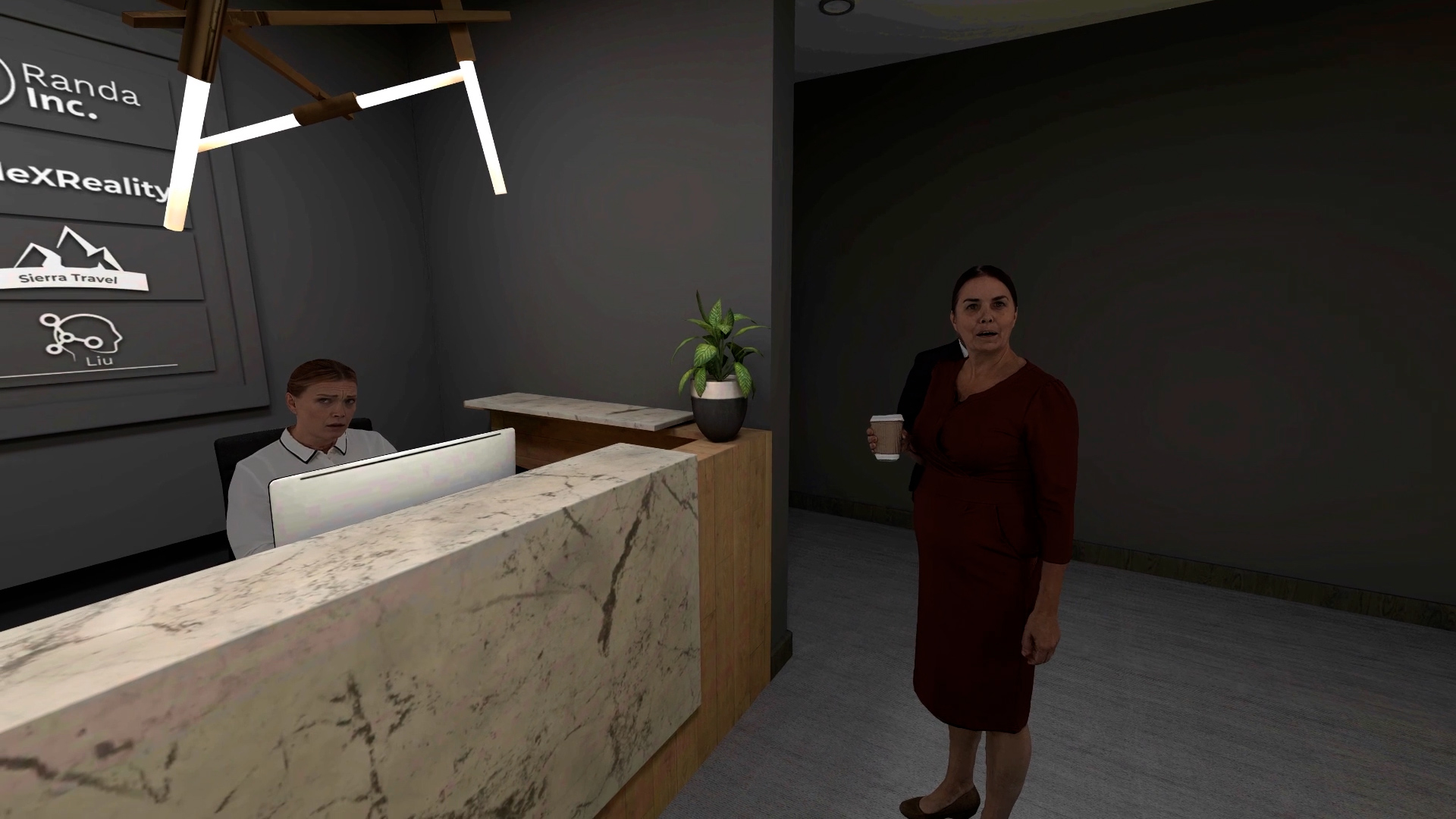 A training program created by PwC puts employees in the shoes of someone experiencing everyday discrimination. /PwC

A training program created by PwC puts employees in the shoes of someone experiencing everyday discrimination. /PwC

This reaction is why an individual can learn four times faster than in a classroom, according to a study by PWC.

"People just responded really strongly to it. I mean, we had people cry," said Kyle Jackson, the CEO of Talespin, the company that created Barry. "A lot of people had sweaty palms. They just got super uncomfortable in the moment.

"And so, we just thought that that was really interesting, that we could evoke those types of behavioral aspects, even though everybody knew it was 100 percent fake, including the virtual humans even, which were specifically designed to be a little bit cartoony."

Overall, the interest in virtual reality is growing. The global market is expected to jump from $3.9 billion in 2018 to $14.8 billion in 2023, according to ARtillery Intelligence.

The market for VR in business will make up $829 million of that figure in 2018 and $4.26 billion in 2023. And according to PwC, by the end of the decade 23 million jobs will involve VR and augmented reality technology.

"I think we're basically one generation, maybe one and a half generations away from all this technology, from a very mixed reality standpoint, changing the way we work – the same way that mobile did," Jackson added. 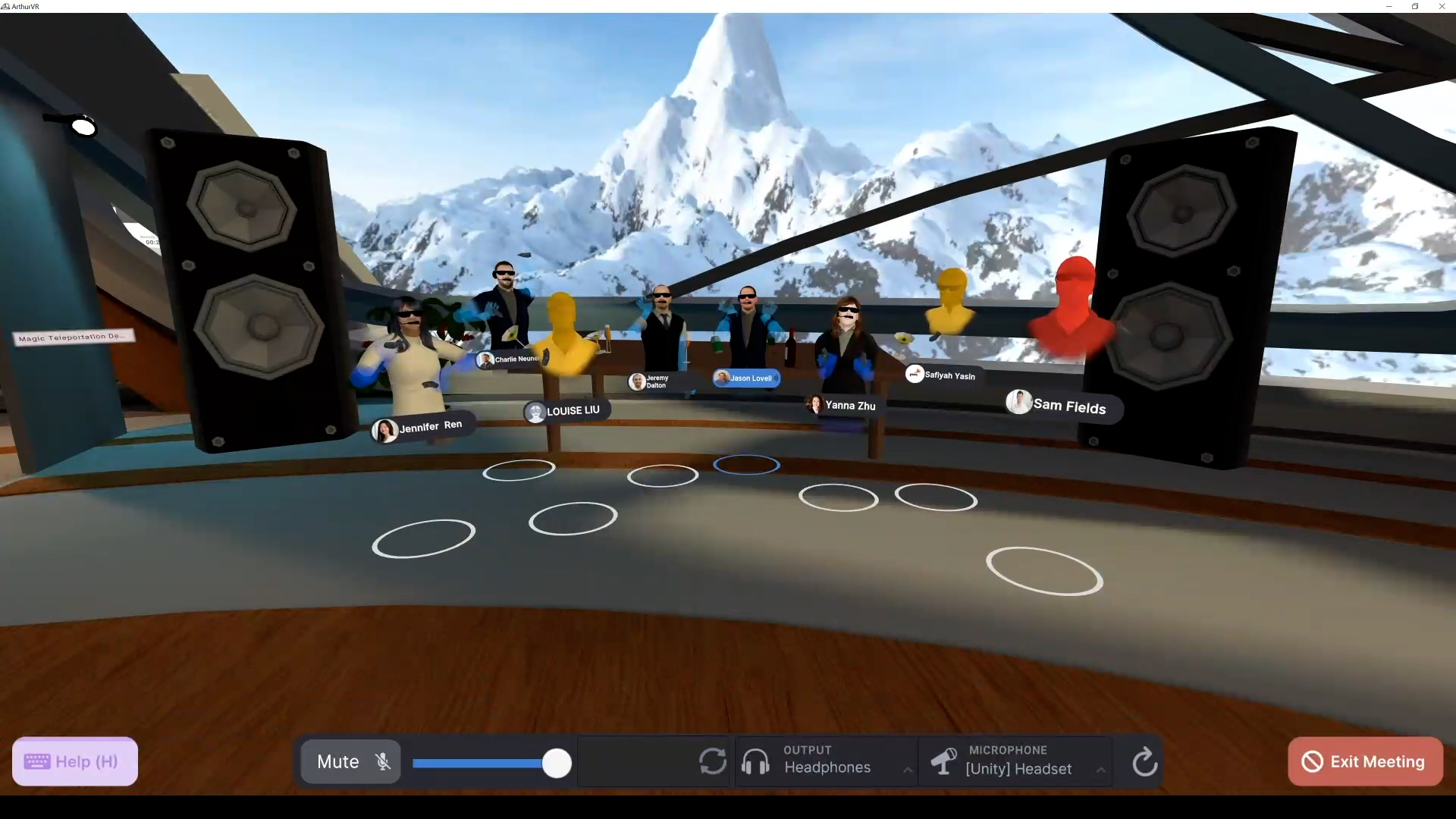 But there are some ethical concerns raised by the increase in demand for these devices, specifically when it comes to data protection.

In the present day, companies can follow us across the internet to get a better picture of what we like and who we are. But with VR, the data can show much more than that – our 'movement data.'

"I can imagine…[companies] can get information of anyone who has the tendency of moving a certain way has a higher risk for certain things, like mental illness. But then they can use this as a way to reject, say, health insurance for someone," Xueni Pan added.

"I guess like everything else, VR is a technology is a tool. It's not good or bad. It depends on how you use it."